We discovered Vernon Jane at Knockanstockan 2014 at the genesis of their career. Even then we noted that they "had no problems [hooking the crowd] with their blend of psychedelic jazz. Vernon Jane’s sound is centred on the magnificent vocals of Emily Jane O’Connor. She is a charismatic presence, chatting amiably with the crowd and holding attention throughout."

Fast-forward three years and we would premiere their song and video, Fuck Me, “a blatant middle finger to every ounce of stereotyping and sexist narratives that exist.” The next year, the band would feature in our Plec Picks series, which gave us the opportunity to get to know Emily a little bit better. “There is such an eclectic mix of music taste, and personality amongst us, so I don't think we have much control over things. We feel our way, as long as it's honest we're happy” said she of the group’s chemistry, camaraderie and range of influence.

Now, at long last, we have a full-length release. ‘The Ritual of Love Making’ is a staggering debut from Vernon Jane. A concept album composed of a dozen tracks divided into four sections, it was self-produced at Camden Studios and engineered by Conor Brady.

We had the opportunity to catch up with Emily and Joe Curtis amidst the advent of the album’s release. Here’s what they had to say. 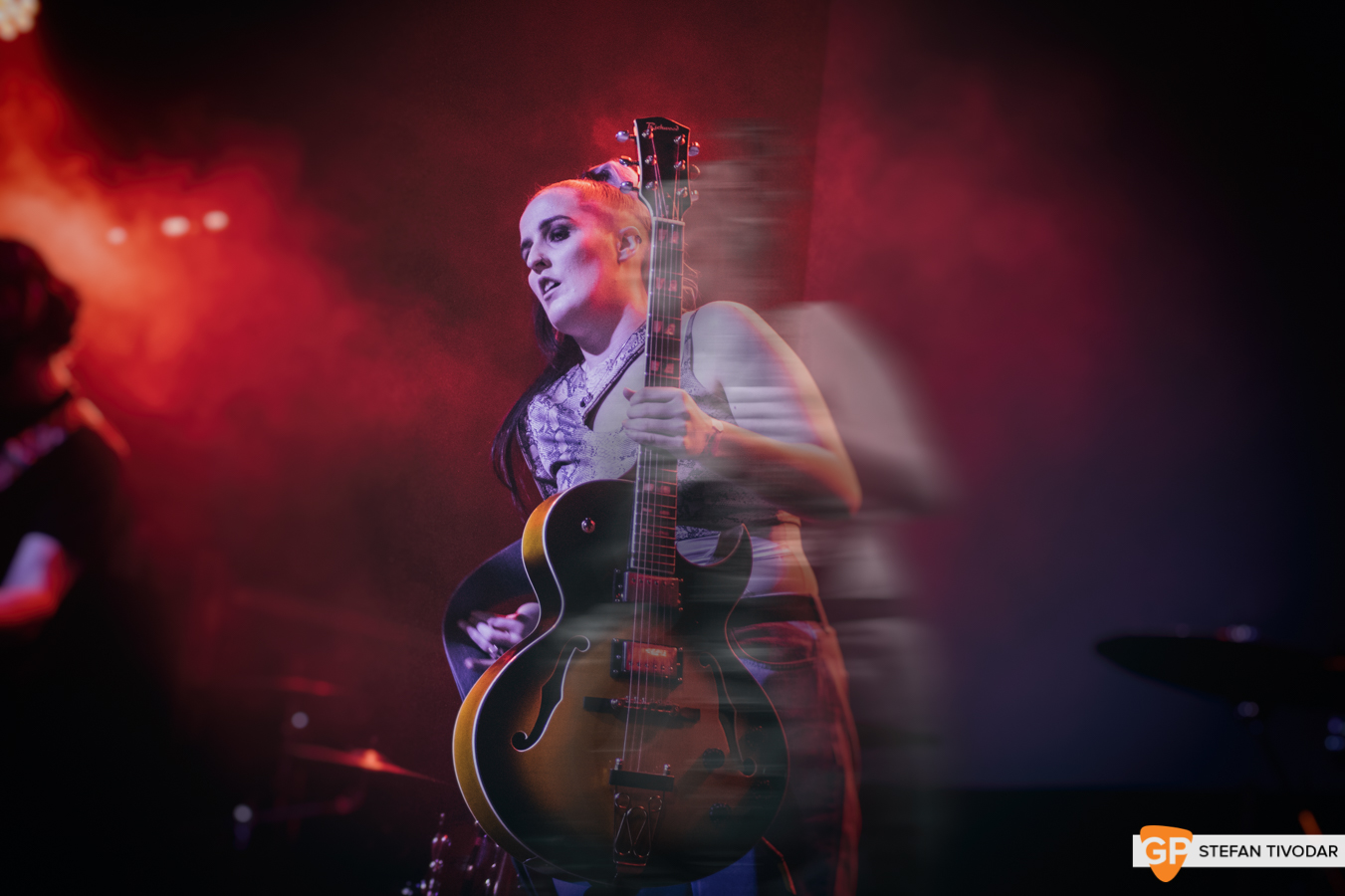 How difficult was it to release and promote an album with the advent of social distancing?

Emily: It’s been a very interesting process. It was always going to be a difficult thing, but mostly we have just tried to enjoy every bit. We have worked so hard on creating the album and all we really wanted was to share it with everyone. Our biggest obstacle was being apart, really. We share everything - all our big life moments - so there will be a very big celebration when we can all be in the same room.

What can you tell us about the origins and inspiration behind the album?

Where did the album title come from? And why did you decide to format it as Love Making instead of Lovemaking?

The phrase ‘The Ritual Of Love Making’ started buzzing around my head about 4 years ago. All the people around me (and myself included) had all these little rituals with the people in their lives. I’m quite introverted and struggle to find the words I need, but the rituals showed I cared. I Started exploring witchcraft and spirituality and along the way I began writing the album. I believe all women are secretly witches, because a witch is just a powerful misunderstood woman. The title came first and it quickly became the framework for the ritual to come.

In my mind lovemaking is associated with the physical act, but Love Making is about making love, working hard to create and maintain the love you make.

Lyrically and thematically, the album flows very well. It's like the chronicling of a volatile relationship. Was this cathartic for you? Was it rooted in something real or purely conceptual?

Emily: Writing this album changed who I am. It was a cathartic experience and that experience has continued in its release. It’s rooted in my own experiences, and the experiences of another very important woman in my life.

At what point did you decide to make the album a four-part album?

Emily: I had written the first and last song off the album, I started an album wall and slowly began filling in the spaces. The four sections started to emerge really naturally. Lyrically and musically the sections felt different, you could feel the energy change when we move from one song to another, I wanted to honour that change. I never struggled with there being 4 distinct parts and nobody in the band ever called me up on it! 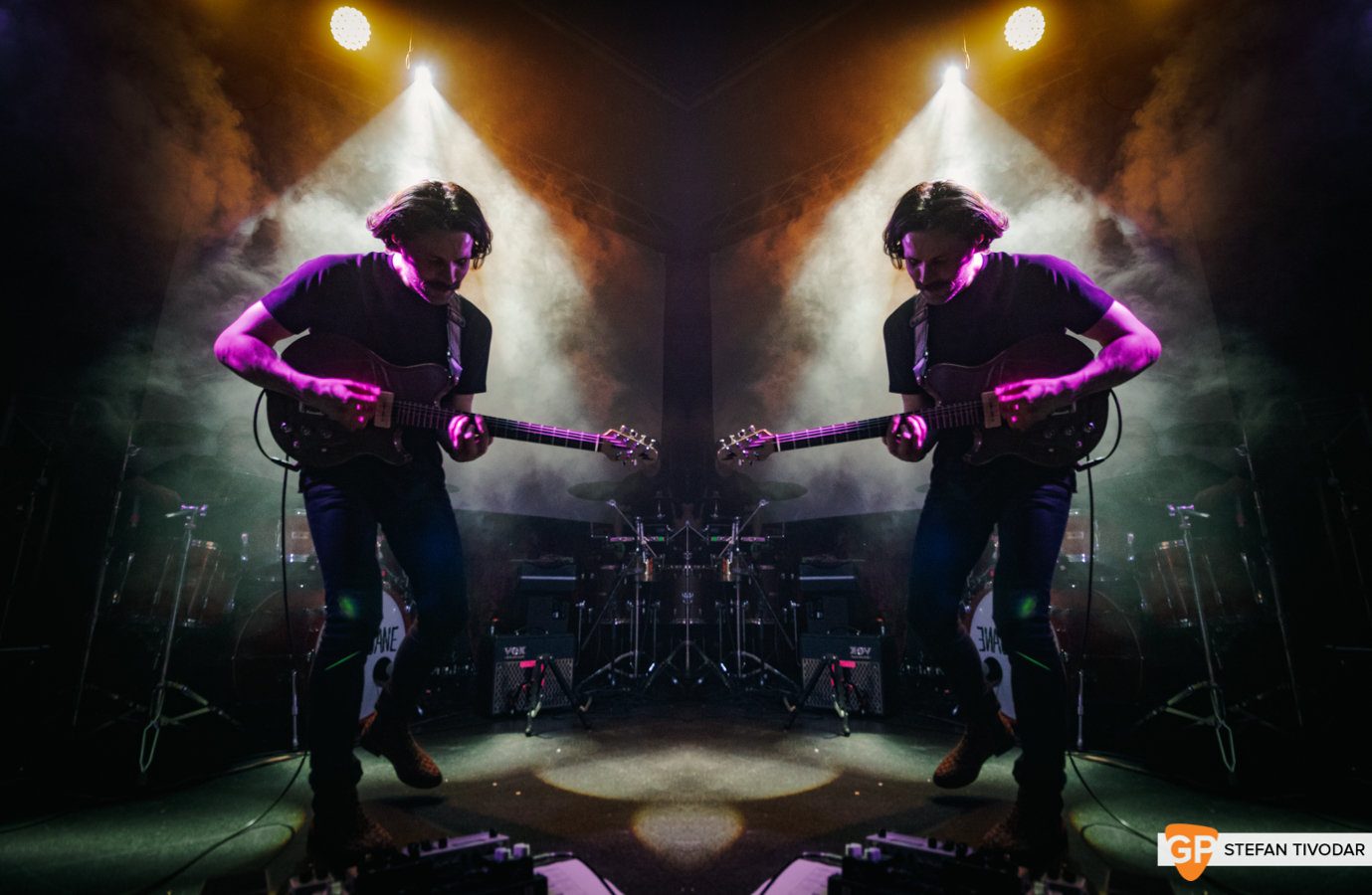 What of the musical influence? Your 'psyjance' sound is maintained but given that this is a full-length release, it would seem that the diversity of what that sound is and can be is more prevalent or has been explored further. Would you agree?

Emily: For sure, we have been playing together for the guts of 8 years, our sound is constantly developing and changing, I think it reflects our own personal growth.

Joe: I would certainly agree that the range of sounds and styles that we now use has expanded, and I think it stems from the diversity of influence which each band member draws from.

While Emily writes the songs, and, through their thematic material and emotional content, provides a general stylistic and tonal direction, the ultimate arrangement comes from a profoundly communal environment. In this collaborative situation, each band member’s individual voice can then provide new layers of style and colour. Within the band, people’s influences range from contemporary pop and R&B to modernist classical music, while also encompassing many of the sludgier and noisier rock variants. I think the ability of the band to effectively synthesise elements of these sources into a (hopefully) cohesive sound is born of the years spent jamming and writing together; people have learned to understand each other’s individual languages and how to accommodate and support each other’s voices.

Can you tell us anything about what you guys may have been listening to or reading during the writing and recording process?

Emily: Man, I love listening to music it’s fucking class. Throughout the writing and recording process I found myself listening to my favourites, I kind of blocked out all new things. M.F Doom, Nirvana, Mac Miller, Whitney Houston, Saba, Freddie Gibbs, Foals, and some podcasts - one in particular called Earhustle which is produced at San Quentin prison.

Joe: Do you know what, Emily? Listening to music is fucking class. At the time of the album I was listening to a load of Andrew Hill And Grachan Monchur III for pensive reflection, some McCoy Tyner to get you going, and Ravel for relaxing. My man Bela Bartok had a hand in a lot of rhythmic and textural ideas for the album, also.

Your lyrics are quite explicit - not just in terms of "bad language" but in how candid they are in a situational sense. Was there any fear on your part to put that out there, or how it might affect the perception or reception of the band?

Emily: I go through a constant battle between shame and pride. Am I ashamed of what I am saying? Or am I proud? And I have thought about that more than any other aspect of our music. The only reason I feel shame is because we live in a patriarchal society that has used words like bitch, fuck, and cunt to degrade women, those are my words now. In our society women are expected to settle for less because we are made feel less than.

The things I write about are real, it’s sad, it’s fucked up, it hurts, but it’s real. If I was a man I think our music would be perceived differently. It is brave for a man to talk about his experiences accompanied by killer riffs, but the reality for a woman is different. The reality of being a woman - is this. The things I have experienced, the things I have witnessed, they deserve a space in this world. I am your sister, your mother, your daughter, somewhere in every woman is this primal scream.

We've chatted before and given how focused I've come to learn that you and your band mates are, I'm sure that this album is just the latest checkpoint in a grander plan - what's next for Vernon Jane?

Emily: This album is a beautiful sombre time capsule and we are all the better for making it. Having it out in the world feels like a new beginning for us. We aim to tour this album in and out of Ireland and while we are waiting for that - album No.2 is being demoed. There are so many positive things to look forward too, we are currently taking it all day by day and can not wait to get back jamming, recording and gigging.

I'm sure you're chomping at the bit to return to the live sphere - what can we expect when things are back to normal?

Emily: Gigging is such an important expression for us, we have been a little lost without it and each other. As with everything right now it’s all just on pause. We signed with MPI this year and have some killer shows lined-up, including a tour (or two) thanks to our agent, Julian. You can expect to see us outside of Ireland soon, and while we are waiting for the shows to kick back in we have been demoing album No. 2 and getting mad buff and fit for our shows.