Dublin pop singer/songwriter Kehli has utilised the pandemic to the best of her abilities – upping her production skills and songwriting chops whenever possible.

“I’m on the guitar, piano, constantly trying to improve myself. We’ll never have time like this again where it’s basically yourself in your room, so I’ve tried to optimize that as much as possible,” she says, noting that she has been inspired by the social media posts of Raye throughout this delicate period.

One thing that is striking about Kehli is her work ethic, throughout our conversation she repeats words like ‘striving’ and ‘developing’ and in relation to her songs, her videos and production going so far as to indicate that she won’t be happy until she is writing, producing and mastering her output. 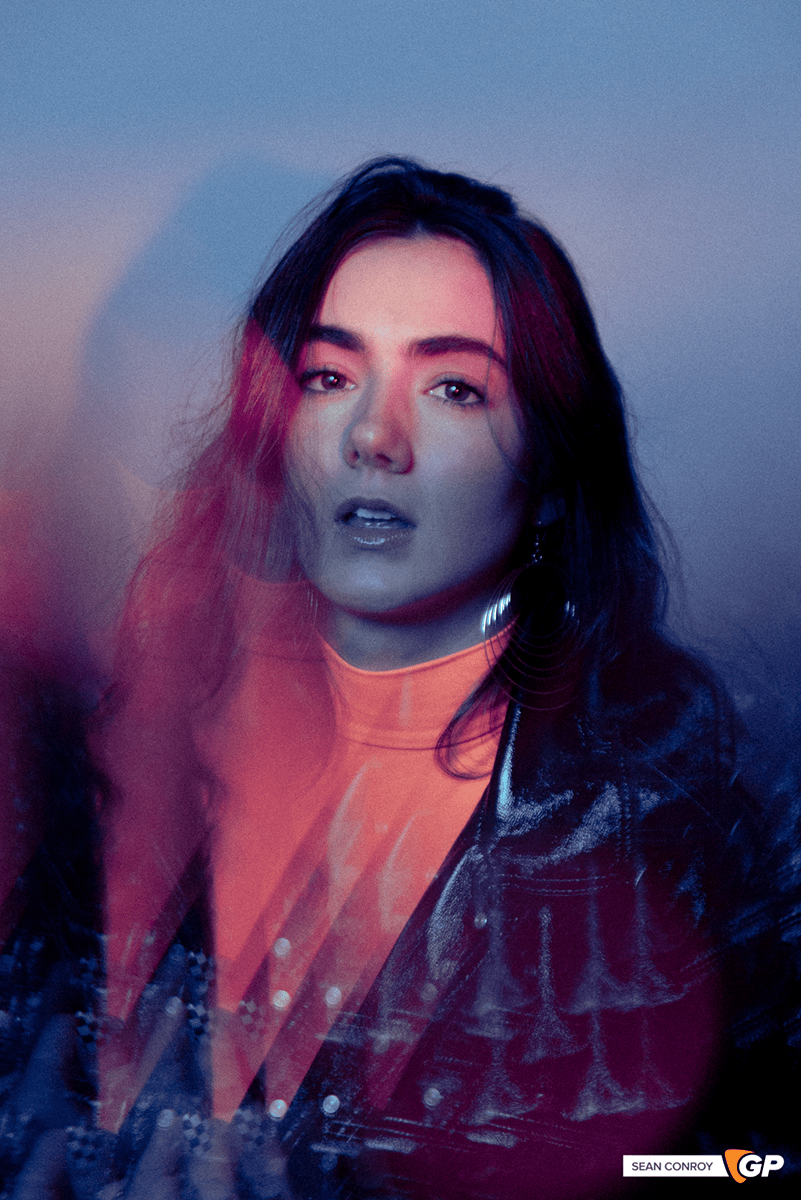 This work ethic was partly instilled in her during her time attending the Miss Ali Stage School in Dundrum which helped to shape her burgeoning talent.

“The critical stuff that you don’t want to hear but need to hear is really important and I’m glad I heard that at young enough age,” she says adding: “I’m glad I had an insight from a young age.”

Her goal orientated personality saw Kehli aiming high from a young age auditioning for TV talent shows such as The X Factor and The Voice aged 15.

“There’s a lot of pros and cons to the whole situation of doing those auditions on TV,” he says, noting how strange in hindsight the power of such shows were.

“As a kid you think that’s the only way you can become famous is by going on a TV show, that’s what I always had in my head,” she says scoffing. “And then when the opportunity came up my dad was just like go for it, no exposure is bad exposure.”

“It was a surreal experience,” she notes of camera crews coming to her home to film following a series of auditions. “It was a little taste of seeing behind the scenes. I didn’t even think I’d get to that stage, that was defo a look into the glitz and glam side of it”.

“Seeing how many auditions there were before the actual audition… that definitely prepared me to know how much hard work it was going to be.”

“Definitely, it was a blessing in disguise,” she says, when we enquire if she is happy she didn’t make it onto the full series of the realty shows. “I’m glad how it turned out, I’m glad I’m going this organic route.”

“It looked like the be all and end all if you didn’t get to the X Factor. When you hear all the stories now it sounded so rigged. It pushed me harder to want to break out of Ireland.”

“I really didn't like English in school. I liked storytelling, but I didn't think I was that good at it so to be able to actually enjoy expressing myself in this way through song writing is amazing.”

Little did Kehli know that in the wake of these crushing blows it would be her stage school exploits that would get her noticed by the industry.

“I didn’t really know where I was going because I gotten noes and it hit me hard at the start. I was like: ‘I’m never singing again, I never want to do it again” she says in a dramatic voice. “And then I started working my manager Stella.”

Manager and songwriter Stella Reid saw Kehli performing at a stage school show and was taken with the 16-year-old’s performance Reid has been instrumental in the intervening years helping Kehli to hone her skills as a song writer and performer. Following a series of writing sessions in London a relationship with UK label Rough Bones came to be.

This relationship would lead to Kehli’s debut single One Last Kiss charting in the UK. But not before she had unexpected success on Instagram with her take on Jorja Smith’s Let Me Down which she posted as an experiment during her first London song writing session. It proved so popular with fans that Kehli recorded an official version of the song. The session solidified her belief that she was destined to be a songwriter.

“I want to be cooped up all day in the studio, all day, every day,” she reflects before considering how she tackles cover such as Olivia Rodrigo’s Drivers Licence.

“Recording covers can be hard because you have to put your own stamp on it, but I mostly try and stick close to the original, but do it my way.”

“That was so surreal,” she says of One Last Kiss charting. “That was my first ever release, that was my baby. I didn’t know how it was going to go I just said: ‘we’ll put it out into the universe and whatever comes back from it we’ll take the notes and work on it’. To get the reaction I got from the UK especially is amazing because it’s where it’s all happening.”

“I have never been in such awe of a man,” says Kehli at the mention of producer Cameron Gower-Poole (Anne-Marie, Raye, Dua Lipa) who guided Kehli through her first sessions. “He’s so humble, the people he’s worked with is insane. To get to work with him on my first studio trip I was like ‘oh my god, I never want this to end.’

“It didn’t kick in for a while,” she notes of the proposition of suddenly being in the orbit of people with Dua Lipa’s phone number. “I’m a perfectionist and always want to keep striving for more,” she says noting that it’s hard for her “to sit back sometimes and say: ‘look at the people you’re working with give yourself a pat on the back for once and then keep working.’”

Remaining songs from those 2017 London sessions will appear on Kehli’s debut EP which is due to drop towards the end of 2022.

“I have a lot of singles to release first and hopefully some collabs,” says Kehli excitedly as the conversation lands on her EP.

“We need to narrow it down, I have at least 16 tracks,” she notes. “Some of these songs were recorded in my first studio session with One Last Kiss so we’ve been waiting since to 2017 to find the right time to release them.”

Striking a balance between the new and old songs has proven surprisingly easy.

“The whole project is tying in together so nicely.” she enthuses. “These songs are just slotting in nicely in the story of the EP.”

This is testament to her progress and growing confidence as an artist.

“I really didn’t like English in school. I liked storytelling, but I didn’t think I was that good at it so to be able to actually enjoy expressing myself in this way through song writing is amazing.”

“Lockdown was such a blessing in disguise, spending so much time cooped up in a studio expanding my song writing skills. That’s been an amazing thing, I’ve definitely grown since One Last Kiss.”

“I just did 3 demos, and we can really see where I’m heading. A real spark of what Kehli really is,” she says proudly. “I have a lot of music ready and that’s what’s frustrating about the wait.”

“I want to be cooped up all day in the studio, all day, every day”

A good example of ‘that Kehli really is’ is recent single Not Okay which showcases her love of piano ballads and her childhood love for artists such as Celine Dion and Whitney Houston.

“I was a bit nervous putting Not Okay out,” reflects Kehli who hadn’t originally intended the track to be a single.

“It got a really good reaction when we were showing some people and they egged us on to show this side of Kehli because it is dipping in to what I have planned to release next. It’s kind of a nice transition into my EP – a sneak peek into what the EP will be.”

Not Ok is a departure from tracks such as Hypnotized and her recent collaboration with 49th and Main, Summer Lovin’.

“That was peak Covid times, we didn’t get to go into the studio together. It was all DM’s on Instagram,” explains Kehli who notes that she loves the Irish dance acts single Catching Eyes.

“It came at a perfect time for a summer bop, they sent over the backing track and I was just like ‘yes, definitely,’” adding. “That was such a fun collaboration.”

Another successful remote collaboration undertook by Kehli was appearing on Irish Music In Harmony’s Christmas single.

“We had to record that in our own studios, but we got to perform with each other on the Late Late show which was really cool.”

“I’ve dreamt about it so many times, to be able to sing with that man, he is from another planet.” In lieu of Kennedy, Kehli would more than happily be cooped up in the studio with Finn Askew or Tom Misch, “I’m really intrigued by him he’s a musical genius.”

Dreams aside, Kehli has a busy 2022 ahead with a string of singles and an EP to look forwards to. Kehli will also be hitting the stage throughout Ireland on tour, as well as festival appearances at home and in the UK with a five-piece band is insane. “Performing is something I’ve really missed”. 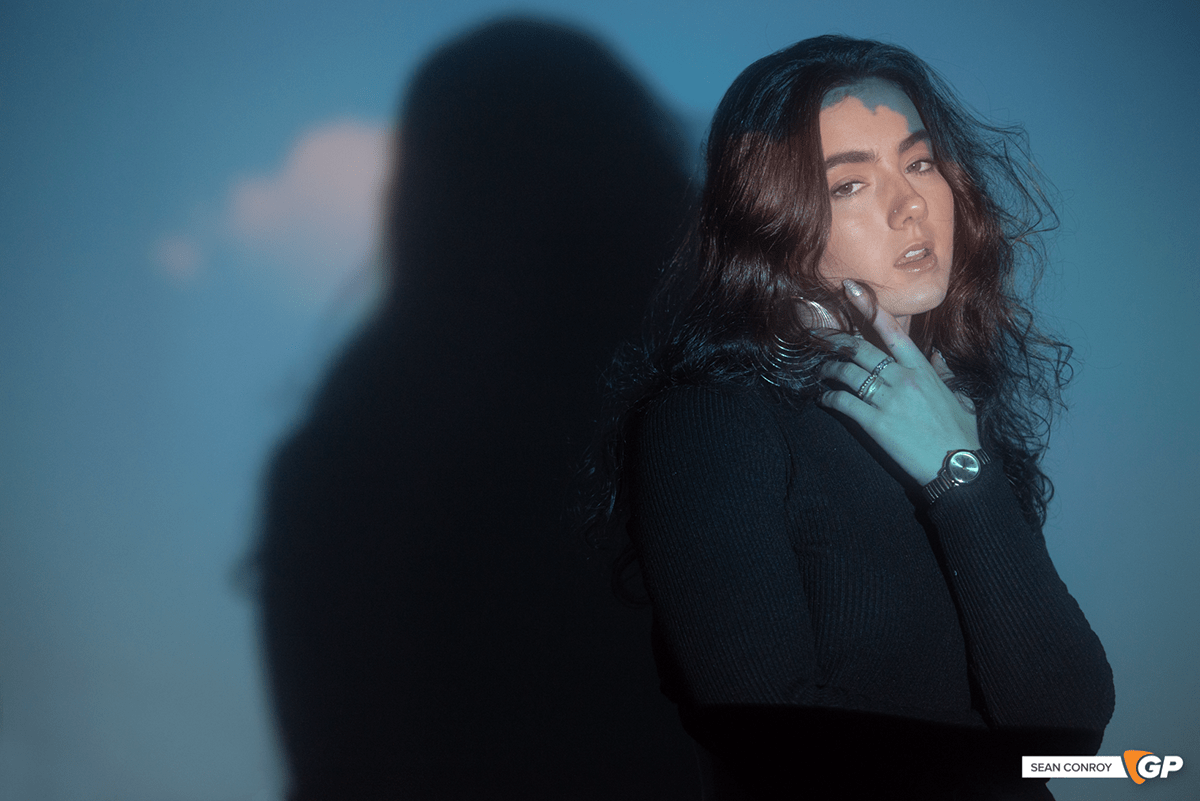