Chamomile Co-Founder on relishing life in the spotlight

Dublin alternative pop/R&B artist Monjola admits as he joins the Zoom call from his apartment, “You guys reaching out to me as an artist to watch was a surprise … I don’t feel like I’ve done a lot this year”.

On the contrary, be it as an artist or as a third of the ever-growing Chamomile Records collective, Monjola hasn’t stopped working since the release of his soothing, intoxicating debut single Know You in the summer of 2020.

Four singles, a multitude of live appearances, a Boiler Room session and trips back and forth across the Irish Sea has seen him rise to prominence alongside his collaborator Aby Coulibaly and to stake his claim as one of the fastest-growing artists in Ireland.

Despite that, however, he still feels like he’s let his supporters down. “I know that I could put out more music” he explains, “I get messages every day from people I don’t know asking when I’m dropping more music, and it just made me realise I’ve been lacking on that front”.

“I have a lot of demos” he adds quickly, “so next year there’ll be a lot more music to come”.

Growing up on a mesh of genres, including the greatest hits from artists such as Two Door Cinema Club, Arctic Monkeys, Pharrell, The Neptunes, and Snoop Dogg, Monjola has found himself surrounded by music for as long as he can remember.

“I always loved music but I never thought I could sing” he recalls of his early music making days, “but I used to take the piss out of myself singing because I never thought I was any good but singing is one of those things you just have to dive into”.

In school, he started taking drum lessons, and would accompany school choirs as part of national competitions. When he got to college, he began teaching himself the guitar, and somehow found himself mixing in creative circles across Dublin and Kildare.

Motivated by the success of friends Tebi Rex, on whose song Robbin Szn he made his debut in front of the mic, Monjola would spend his evenings writing poetry which would, over time, turn into verses.

“It was just random shit, I was just trying to make things rhyme” he says of his earliest sketches, which he wrote in 2019,  “but then it was a gradual thing where I slowly started trying new things, pulling influences together and then I just started singing over it”.

He’s certain the company he kept was a major driving force behind his initial decision to start creating his own music, and is in little doubt his experience helping friends organise gigs, festivals slots and even his own Cleavage Club events gave him the impetus to give his own work a try.

“It really showed me it was possible and gave me the confidence to go for it when I started writing” he admits, “Regardless of the song, it was the process that really made it for me. Looking back at how that songs were made, it just fills me with joy, with laughing in the studio and just having fun”.

"I really want a scene because that’s when it’s really going to be sustainable for everyone to do this full time”.

As he spent 2019 and the early months of 2020 working through tracks and beats with his producer brother Moyo, the moment he heard a final edit of Know You he knew it had to be his first release. The track, an effortlessly smooth R&B take on love, loss and the connections we make along the way, instantly struck a chord with all who heard it, including Monjola himself.

“It was a feeling” he muses on how he chose the track as his statement release, “I wrote the verse a couple of months before over a different beat but I pulled it over to this sick beat, which my brother made”.

“I knew straight away that it would be my first single” he adds, “and I knew I just needed to release it. I knew I just had to get started and everything just felt right”.

By this stage, his record label/collective Chamomile Records was well underway, even though its existence in the first place was a complete accident.

The story goes that the idea was first floated when fellow artist Aby Coulibaly was releasing her first single, Taurus, in July of 2020. Distrokid required them to name a label they were releasing the track under as part of their submission. Inspired by Coulibaly’s tendency to bring chamomile tea to the studio on a daily basis, Chamomile Records was born.

The name was further cemented by RTÉ 2FM presenter Peter Curtin. “The song was played by Peter Curtin, and on his Twitter he includes all the labels of the songs he played and he wrote Chamomile Records and we thought it was hilarious” Monjola recalls as he smiles away to himself. Within minutes, the trio of Coulibaly, Moya and Monjola had drawn up mock logos and begun planning to build their own website.

Over time, the collection has risen in prominence and is set to expand in the coming months and years. “I’d say we’ll start just saying Chamomile from now on” Monjola notes, “it gives us more room to grow if we aren’t limiting ourselves to just music”.

As for the collective’s current direction, their modem operandi is clear: support Irish artists to make the best music they can. “We just want to help the scene” Monjola replies when asked of the group’s trajectory, “Right now is so important because it’s no fun if you’re an artist doing well and you can’t bring the people around you with you. I really want a scene because that’s when it’s really going to be sustainable for everyone to do this full time”.

“People are connecting to the music and that’s the most magical thing in the world”.

Less than two years into his career, Monjola and Coulibaly are already some of the first names on festival line-ups across the country, including Dublin’s All Together Now.

As of yet, however, Monjola hasn’t had a chance to take a step back and breathe it all in. “I think I need to take things in a bit more because I’m such an ambitious person that I don’t really get excited by things anymore as I’m fully focused on more long-term goals” he explains, “People are connecting to the music and that’s the most magical thing in the world”.

As Zoom beeps with its five-minute warning, the conversation turns to 2022 and what listeners can expect for the coming 12 months. “There’s an EP on the way”, he replies, “The minimum I want to release would be 4 singles and the EP”.

And beyond that? “I want to make an impact, connect to people and have an audience that really connects to the music. I’m still an independent artist, I’m not sure for how much longer but for now I really want to just enjoy it”.

For now, it’s all about having fun, enjoying the process and taking in every step of the journey.

Given how far Monjola has come so far, there’s little doubt that he’s only getting started. One step at a time. 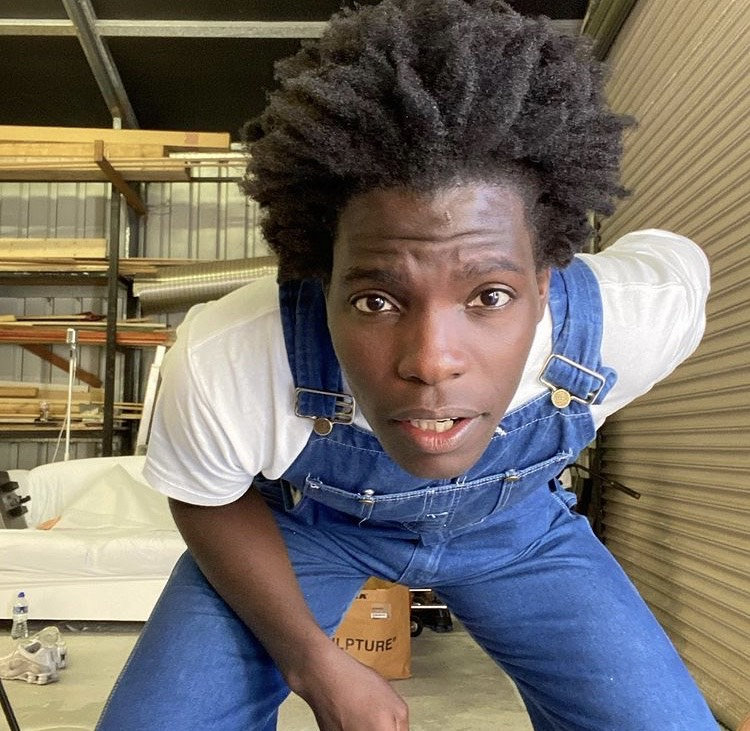