It was a cold and stormy night… so begins so many tales, and so begins a night at the opera. In the midst of howling winds and lashing rain, Theatre Lovett, Irish National Opera and the Abbey Theatre warm a wind-ruffled crowd with a modern take on a grim tale. Collaborating for the first time to produce Englebert Humperdinck’s beloved Hansel and Gretel, the three companies promise an evening of entertainment for all ages, a fact that is not only attested by the sold-out audience, but by the presence of a young demographic so often absent from opera houses.

For all the time that has passed since the Brothers Grimm—or indeed, Humperdinck—put pen to paper, little has changed. The rich are still rich, the poor are still poor, a fact that this production places under a stark spotlight. Dark forests become urban jungles, fireflies give way to neon lights, and yet… witches still lurk.

The set itself is transformative. As a dusty butler wheels a grating trolley across the stage—encountering the orchestra, entering individually in party hats—neon lights inform us that we are viewing The Forest Edge Hotel, the site of bygone fairytales reimagined for our troubled times. As the overture progresses, jaunty horn blasts juxtaposed with swelling strings, a pair of children, separated from their mother by the predatory butler, vanish into an elevator to an upper floor where a woman in black—and could that be a pointy hat?—waits. As a frantic mother searches for her children, paralleled by rising and falling motion in the flutes, an unkempt family arrive in the foyer, their children’s suitcases proclaiming them to be the titular siblings.

Raphaela Mangan and Amy Ní Fhearraigh establish themselves during the opening duets as the stars of the show, the restless Hansel and Gretel, avoiding their chores with song and dance. In perfect nursery-rhyme cadence, the pair imitate one another, with varying degrees of sarcasm, their vocal prowess paralleled by their realistic acting—they may sound angelic, but they are ever the sniping siblings. It is a gorgeous showcase—their virtuosic trills and sustained notes each disguised in turn by the bantering, repetitive playground sounds of the other.

‘The Witch’s Ride’ is another triumph, seamlessly drawing together Humperdinck’s ominous themes with deliciously Gothic scene transitions. Paired with a clever, multi-leveled transformation of the witch, from austere mistress to young girl, the jaunty folk-melodies woven throughout Humperdinck’s score remind us of the work’s folktale origins, and the alarm-like two-note theme that punctuates it warns us of the dangers of the old, the arcane, and, perhaps, the decadent.

Carolyn Dobbin is thoroughly enchanting as the witch. Though present for most of the opera as an ominous silhouette on the hotel’s upper floor, her musical turns in the final act are truly spell-binding. From echoing the play-songs of Hansel and Gretel with her introductory “greedy little mousey, who’s nibbling my housey?”, to unexpected percussion solos with a whisk-cum-magic-wand, Dobbin’s capable grasp of Humperdinck’s vocal scoring is elevated by her maniacal stage presence.

The truly grim thing about this opera has nothing to do with witches, and it has everything to do with families. Families driven to live in hotels. Families struggling to feed themselves. It reminds us, starkly, that it isn’t witches that we need to worry about swallowing up our children—it’s a society that’s all too happy to look the other way. One scene in particular haunts the mind: the Dream Pantomime through which (over pizzicato strings and the rising theme of the ‘Evening Prayer’) a small house floats above the sleeping children, along with their parents and younger selves, all united in dreams under the neon banner of ‘Paradise’.

Hansel and Gretel is an opera for a modern and changing Ireland. It’s a call-to-action, a proclamation that in a world where a child’s conception of paradise is simply to have safety and security, it’s time to eat (or at least, heavily braise) the rich. 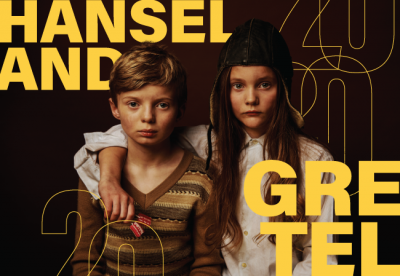 Nealo at The Chestnut, Birr

Kim Petras At The Academy, Dublin

Julia Jacklin at The Button Factory

IDLES at The Iveagh Gardens