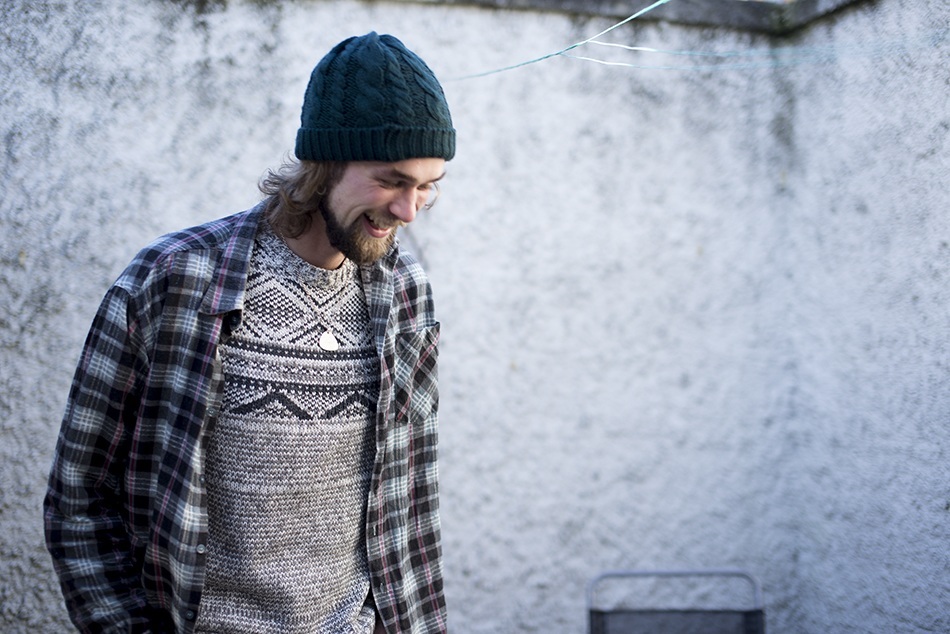 “Holy shit, really, I really wasn’t expecting that,” says Max Zaska - lead funkatron and lyrical protagonist of power soul outfit Zaska - upon hearing that his second EP ‘Different Light’ has been voted Best Irish EP of 2014 by GoldenPlec.com’s contributors. Baffled and taken aback, he proceeds in reeling off a list of artists who he believes should have taken the gong ahead of him. Each one of them made the shortlist, but that’s hardly surprising as we soon discover Max Zaska has an A&R man’s ear, but his coy "Who, me?" Demeanour is surpassed by his infectious musical talent.

Eclectic is the simple, easy and frankly lazy way of describing Zaska’s sprawling compositions and complex funk sound. The fact that it’s true is beside the point. This generic catch-all summation will no doubt be repeated in the same breath as his name to the point of delirious tedium for years to come. And in doing so it will fail the writer, the reader and the artist in one fell swoop as it delivers less insight than a blank page in an examination hall into Max Zaska’s colourful, courageous, soul catching, bone shaking, funk sound that constantly strives to make the next beat better than the last.

To borrow a phrase coined by Eric Clapton in 1967, Zaska’s sound is a strange brew of blues, jazz, funk, hip-hop, soul and rock built on a modus operandi of no fear improvisation. But where does this wanton lust for experimentation come from?

“I grew up playing blues rock. I was hugely into Hendrix, Zeppelin, Eric Clapton and Santana and then I hit a brick wall with the whole rock thing” says Zaska. That brick wall sent young Zaska in search of new musical avenues. However, having decided that he wasn’t cut out for a life in musical academia his practical options were limited, which eventually led to studying a Bachelors of Arts in Jazz music in Newpark Music Centre in Blackrock.

It was his love of improvisation rather than a love of jazz that led Zaska in this direction, and it was to have a profound effect on his musical development “Before I went to Newpark I’d never heard a jazz record, unless it was a Christmas record or something like that. I just knew it was practical based; you were improvising, and I was into improvising because I was into blues-rock solos. I kind of figured that they co-existed together in a nice way.”

“If BIMM existed at the time I probably would have went there. It was definitely more up my alley but, I’m glad I went to Newpark, it’s an awesome course. ”

Once the doors of musical perception where opened via jazz tutelage, the influence of great modern musical experimenters surfaced in his compositions. You can hear the influence of Frank Zappa (She Gunk Gunk Dunk A Funk) Steely Dan (Different Light) Prince (My Rock) to name but a few.

“That’s exactly the kind of thing I ended up listening to, I suppose. Steely Dan is the closest comparison you can make, just in the way they combined jazz harmony and weird arrangements with rock tunes. I was trying to mix funk and rock but, not in the way James Brown did. I wanted to do more complex chords and rhythms, which is what Steely Dan do. That’s where I’m trying to go with it.”

As the melting pot of influences grew and his no fear approach to improvisation was fostered in college, a surprisingly frank and self-aware realisation led to the inclusion of hip-hop in the ingredients of Zaska’s, strange brew. 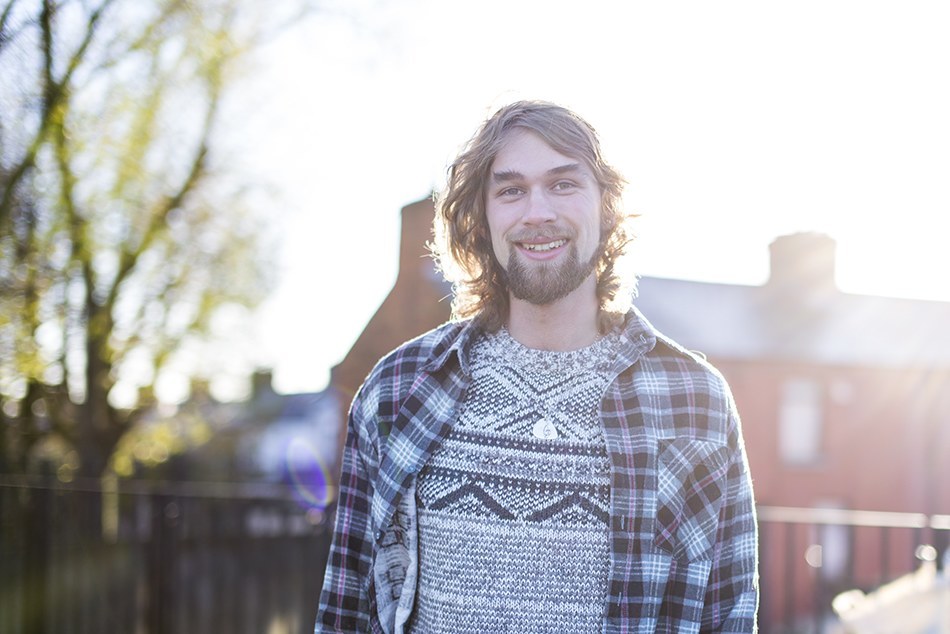 “I’m the worst singer you’ve ever heard” concedes Zaska, who has cleverly circumvented this rather major obstacle by a) surrounding himself with some of the best singers in the country including Andrew Byrne AKA Hozier, and Karen Cowley of Wyvern Lingo, and b) rapping.

“I love lyrics and I love singers. I listen to singers before I listen to instrumentalists. The voice is what I really love and I love hearing melodies on the voice - I just can’t sing at all so it [rapping] was my way of getting a chance to say something."

“I was never that into rap but my mates had a take-the-piss rap band when I was growing up. It was something we messed about with, so it kind of came naturally [to me] but not from a love of hip-hop...but eventually I got heavily into hip-hop. I’m a big fan of stuff like The Roots, Wu Tang Clan, Common, Mos Def.”

“There’s a collective of musicians called Soulquarians and a whole range of rappers J’Dilla is involved with. I’m hugely into those really, really grimy beats” he says laughing, “‘90s style, that’s definitely the era I’m into.” It’s hardly surprising though that Zaska would be drawn to that period of hip-hop, as it produced some of the most experimental material the genre has seen to date.

The fearlessness of Zaska’s musical compositions extends itself into the band’s live performances, the standard of which is outstanding when you consider that Zaska has the type of ever-revolving line-up that would make Spinal Tap blush. This wow factor is heightened furthermore when you digest the fact that many of the musicians may be performing with the band for the first time, reading sheet music while it remains seamless.

“I demo everything out on software instruments and once it’s all laid out in front of me I can go through the instruments individually and notate them. About three years ago I decided I’d notate all the music I’ve done so far so that if someone couldn’t make a gig I could just hand the music over [to a session musician] without the need for days of rehearsal”

The revolving door of musicians adds a certain exciting tension to Zaska’s live performances. “We did two gigs in one day for the first time during the summer - Dublin City Soul Festival and Knockanstockan - and the two bands were completely different bands. Probably three or four musicians throughout the day had never played with the band before and we didn’t get a rehearsal. It’s definitely nervy but if you get the right musicians and send them the recording well enough in advance it’s okay. I’m lucky that there are many good jazz musicians in Ireland. I’ve got a good pool of musicians that I can call on and they’re all great.”

Indeed this pool of musicians reads as a who’s who of modern Irish musical talent, with members of Little Green Cars, Wyvern Lingo, and Andrew Byrne all having served time in Zaska before their own careers took off. But Max Zaska has no desire to hang around former members' coattails. “I’m not looking to take advantage of that. I’d love it if our paths crossed again in the future but I’m not really looking to [cash in] on that. If people find out it’s fine but, I won’t go screaming about it.”

“I’m very lucky to have the musicians that I have had in the band. The success that former members are having is amazing. It’s very inspiring because you get to see what happens when you really do put in the effort. I definitely have a fear of not getting there myself but if the [former] band members are anything to go by it’s just sheer persistence and hard work, and I certainly intend putting in the work myself.”

And by the sounds of it, Max Zaska will be hard at work in 2015 making the world take notice of his own talents, so that someday his former bandmates will be answering questions about him. And once again, he’ll be taking his inspirations from the unlikeliest of sources.

Once the album is ready you can expect to find Zaska and his merry band of musicians, whoever they may be, lighting up the Irish festival season with a strange brew of relentless exciting tension.