In recent years live opera in Ireland has become an unusual hybrid. Contemporary operatic experiments and chamber operas (including productions of very historical works) are as robust as ever, occasional but always welcome. Meanwhile, traditional ‘main-scale’ opera—with a few notable exceptions—has largely been banished to the sidelines, present mainly in screened simulcasts of overseas productions, or imported touring shows. Stirring the pot even more is a new undertaking from Opera Theatre Company’s Opera Hub: 24hr Opera.

Following on from ideas like the Abbey Theatre’s 24 Hour Plays or, further afield, the 48-Hour Film Project, what this offers is the opportunity for a group of singers, composers, and other theatre-makers to get together, devise a work from scratch, and perform it to an audience, all within 24 hours. This would be a challenge in any performing art form, but 24 hours for opera, notorious for its vast appetite for time and money, can only upend the norm. A recipe for madness or frustration, or a way of exploring ideas about performance and creativity? We spoke to a few members of OTC’s team to find out.

As composer Robbie Blake acknowledges, “it’s quite a crazy idea, and I think that you wouldn’t apply for it unless you liked crazy, so I think everyone is embracing that sense of potential that’s there…”. Having a background in a wide range of collaborative projects across theatre, dance and music, he’s looking forward to working as one of a panel of four quite different composers, alongside Anna Murray, David Coonan and Teodor Radu. “I reckon there will be quite a broad mix of things, ways of working and ways of developing material”. An added dimension will be provided by the mentoring role of composer Brian Irvine in the process—“Brian’s an excellent composer and a real magician of projects, used to working with many different skill-sets and groups, so it will be really wonderful for his facilitation skills to be part of the mix, and I’m really excited about what will come of those initial three hours or however long we have together, with everyone in the room, throwing ideas at the wall and seeing what will stick. And then our task, going away with the librettist, to draw it all out.”

Robbie’s work in music-theatre collaborations other than opera (as both vocalist and composer), including experimental theatre, has clearly fed the curiosity that drew him to this project: “I’m interested in the broader ideas around performance that music can bring… the main reason why I was really excited to get involved in this project is because it strikes a chord with me about contemporary practice within opera, as I feel it’s often associated with historical practice or tradition, as opposed to facilitating perhaps new, contemporary ideas.” Knowing the performers also helps—will they have an input to the creative process? “I hope so, yes! The initial session will be a devising session with all the people involved, which is cool, so we’ll see.”

The process of theatrical devising is one very familiar to writer and actor Fionnuala Gygax. Shortlisted for the 2016 Stewart Parker award for her work Hostel 16 (staged in last year’s Dublin Fringe Festival), this will be her first time working with an opera company. “It’s kind of terrifying, but there’s something exciting about it… I love the challenge of it, it’s going to be madness and chaos… and who knows, sometimes, I feel, in a creative setting, when there is such a tight deadline actually really good work is made because it has to be.”

“Opera Theatre Company have such an amazing reputation so I’m very honoured to be working with them, but I think it’s also a rare opportunity to get such a diverse mix of artists into a room: we’re talking about all different backgrounds and ideas of what opera or theatre is, or can be, and I think to have the pressure of, well, there’s an audience coming now in 24 hours, so there has to be something, at least, then I’m really interested to see the outcome and what the time constraint adds to the creative process, and what can emerge out of that. I think it’s an exciting project to be part of." 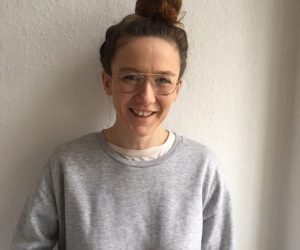 There are already some connections within the group; Fionnuala is full of praise for 24hr Opera’s director Zoe Ni Riordáin (who, as a cellist, also performs with the band Maud in Cahoots, one of GP’s 2016 PlecPicks): “she’s created a series of shows that are based on music, so they’re albums on stage, almost like contemporary musicals. She did a show called The Well Rested Terrorist with her sister Maud and did an amazing show last year, Recovery, which was all-sung as well [on which Robbie also worked], so she’d be quite an experimental director. It’s really exciting that she’s on board because the kind of work she makes isn’t massively far from opera, but it is more theatre, so I think she’s an interesting choice to have.”

This event also marks a new direction for Opera Hub, which replaced the company’s former Young Associate Artists’ Programme as its developmental strand in 2015. As Opera Theatre Company doesn’t sustain enough major productions to merit a traditional young artists’ programme, Opera Hub instead aims to be a meeting point for emerging opera artists (singers, musicians, directors, composers, writers, and so on), offering both performing and practical learning opportunities. As OTC’s artistic director Fergus Sheil explains, “initially we had six artists involved and they each got to do certain projects, but this year we’re looking to see if there could be a wider range of people involved, so it’s slightly more open to people to dip in and out of different projects, and hopefully reach a broader group of artists.” It’s about keeping Opera Theatre Company visible to both performers and the general public between productions, as well as giving opportunities to young artists. There are other events planned as well: “we’ve a couple of showcases in the National Concert Hall Studio, which will be an informal opportunity for people to perform excerpts from material that they’re preparing, and we’ve also got some masterclasses and workshops, so it’s all about giving people an opportunity to develop in different ways…”

Co-ordinated by Opera Hub producer Siobhra Quinlan, 24hr Opera promises to bring artists together in the same room in a way they—or we—mightn’t have anticipated, and its effects could well outlast those few hours.

You can see the results on Friday 9 June at 7:30pm, in the Chocolate Factory, King’s Inn St, Dublin 1.