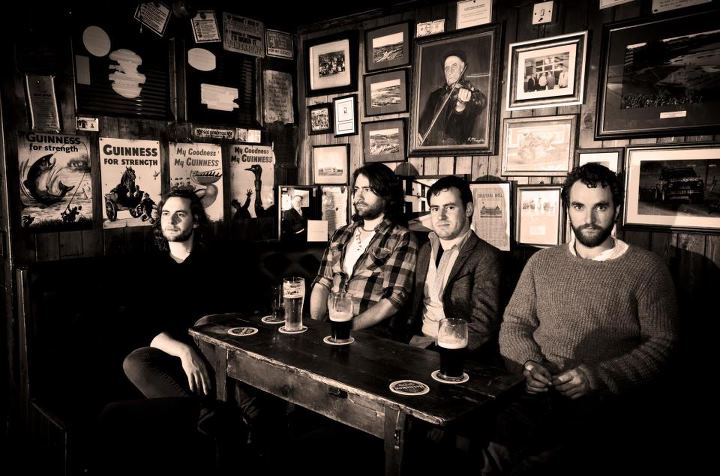 Sounding in some ways like a less precious Mumford & Sons or Fleet Foxes, Donegal foursome In Their Thousands cram an array of styles and sounds into their second EP ‘Cellars’.  Defined by top-notch musicianship and spellbinding harmonies, but a bit too much of both, over just four tracks the flitting between several genres and sub genres does get overwhelming.

Opening track Effort For The Waste begins with a killer acoustic guitar line and stays firmly in the realm of folk. The spare arrangement can’t help but draw attention to the stunning harmonies, which pull the listener straight in to the record.  The EP builds naturally with the second track Low Tide.  While gently adding textures and depth before bringing in the full band, it remains a gorgeous song with tender and autumnal imagery in its poetic lyrics as it swells nicely toward the climax.

Everything then amps up for War Of Our Worlds, a straightforward alt. rock track.  But by using tempo changes between verse and chorus In Their Thousands keep it interesting, and show what good musicians they are in the process.  Closer 0400 starts quietly, but the full band soon enter and it alternates between a loud and quiet dynamic before finally heading into a long fade out. With acoustic guitars and ethereal harmonies recalling Effort For The Waste, ‘Cellars’ finishes by coming full circle.

Overall ‘Cellars’ is an above average EP.  In Their Thousands have lots of potential, with their harmonies and musicianship particularly strong.  However, on some tracks it feels like there’s too much going on.  Between harmonies and instruments, it can get a bit overpowering and dense.  With better balancing of the beauty and the beast in this band, they could do a great job with their next release.

A Beginner's Guide To Bravery