Imagine Eurovision for the indie generation. Not a procession of cheesy, dance-move-driven camp-pop delivered with the maximum of sparkle, but a slow unveiling of the best indie, dance and hip-hop from dozens of countries, brought together in a plush festival environment where you can buy full bottles of wine and local cuisine, and one of the stages (the only one where you’re not likely to melt) is a club. Now let me tell you about it…

Europavox is set in the shadows of a line of dormant volcanoes, in the quiet (and in early July, overheated) town of Clermont-Ferrand in central France. This is rugby territory: the local cafes are coated in murals of the home team, Clermont Auvergne, named things like ‘Le Ruck’, and serving themed dishes. The festival takes place a stone’s throw from the rugby stadium, and, mercifully, has plenty of shade.

Unless you’re a fan of Lithuanian post-rock or Greek electro, the chances are there’s little on the bill here you’ll be all that familiar with, a couple of star offerings aside. In fact, by the time we rock up, having missed the opening two days of the four day event, we learn the one Irish representative at the event, Rejjie Snow, has pulled out, so a land of glorious musical obscurity it is. 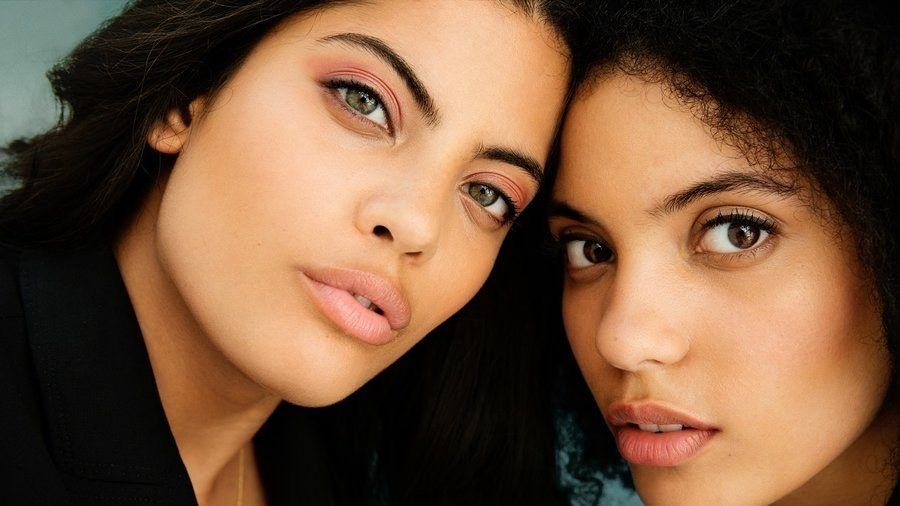 There is a slight French weighting to the festival, though it’s not all that heavy considering we’re close to 300kms from the nearest border. Ibeyi (France) is a glorious experience, blending global percussion and politics in a mix of languages. Their genre-mashed style is given a certain comedy as an English speaker by the speeches and backing track: one song is introduced with what sounds to us like “blah blah blah grab em by the pussy blah blah Donald Trump blah blah,” which admittedly is the fault of our dubious language skills, but funny nonetheless. With a boisterous stage presence and heaps to say, they’re a great dose of colour.

Across the arena, past the baguettes heaped in freshly melted cheese and a little garden where tables of locals of smoking around bottles of rose, we find mellow Austrians 5k HD. Fronted by the subtle yet intense vocals of Mira Lu Kovacs, they lean on glitchy electronica and a strange, jarring and intense mix of percussion to produce a kind of post-jazz, rock-influenced sound with lots of sketchy, brain-melting breakdowns. “This is a troubled song,” Kovacs offers for before the last one. We suspect every track is troubled. That’s not a complaint.

They’re followed by a Greek rapper, Taf Lathos, whose melodic brand of hip-hop has an intense flow and some gutsy, blaring choruses, but is hard to really appreciate without understanding a word. His fellow Greeks ?tella – a pulsating electro-rock band from Athens with some intense synths and prog-rock breakdowns – are the highlight of the day. Pronounced ‘Stella’, they deliver huge synth-driven choruses, and despite early technical problems, the thumping bass and charisma of frontwoman Stella Chronopoulou delivers moody intensity and causes an absolute riot down the front.

The audiences, in fact, are generally excellent, perhaps pumped up on France’s big World Cup second round win over Argentina earlier in our first day. While the French bands have a notably bigger following, the relatively unknown status of many of the acts encourages exploration, and when something delivers, there’s a bouncing, shape-throwing intensity to the response.

The night closes out with two slightly uninspiring local dance acts, somewhat generic yet sublimely mellow dance-breakthrough stars The Blaze and chilled out, trippy but slightly dull house act Petit Biscuit (pronounced petty bis-qwee, naturally). They’re two acts we’re happy to hop in and out of to catch the surreal and wonderful guitar-jazz wankery of Lithuanian act Sheep Got Waxed, whose extending twiddling flows from intensely jarring to beautiful dysfunctional melody and back again, via the odd saxophone and lots of experimental ipad work.

The trio also bracket the weekend’s most bizarre experience: Estonian Eminem/ Andrew WK/ Har Mar Superstar-inspired rapper TOMM¥ €A$H. The stacked, growling, hard-partying mentalist bursts out from backstage with a large cat strapped to his back, and delivers a song about… erm… cats, topless, and with the tail of his faux-feline companion hanging just low enough to form a distinct outline between his legs every time he squats. He squats frequently. €a$h’s songs are about those other pillars of hip-hop: women, money, attitude, and women again. Cash is intensely and memorably ridiculous, and surprisingly musically impressive with it. 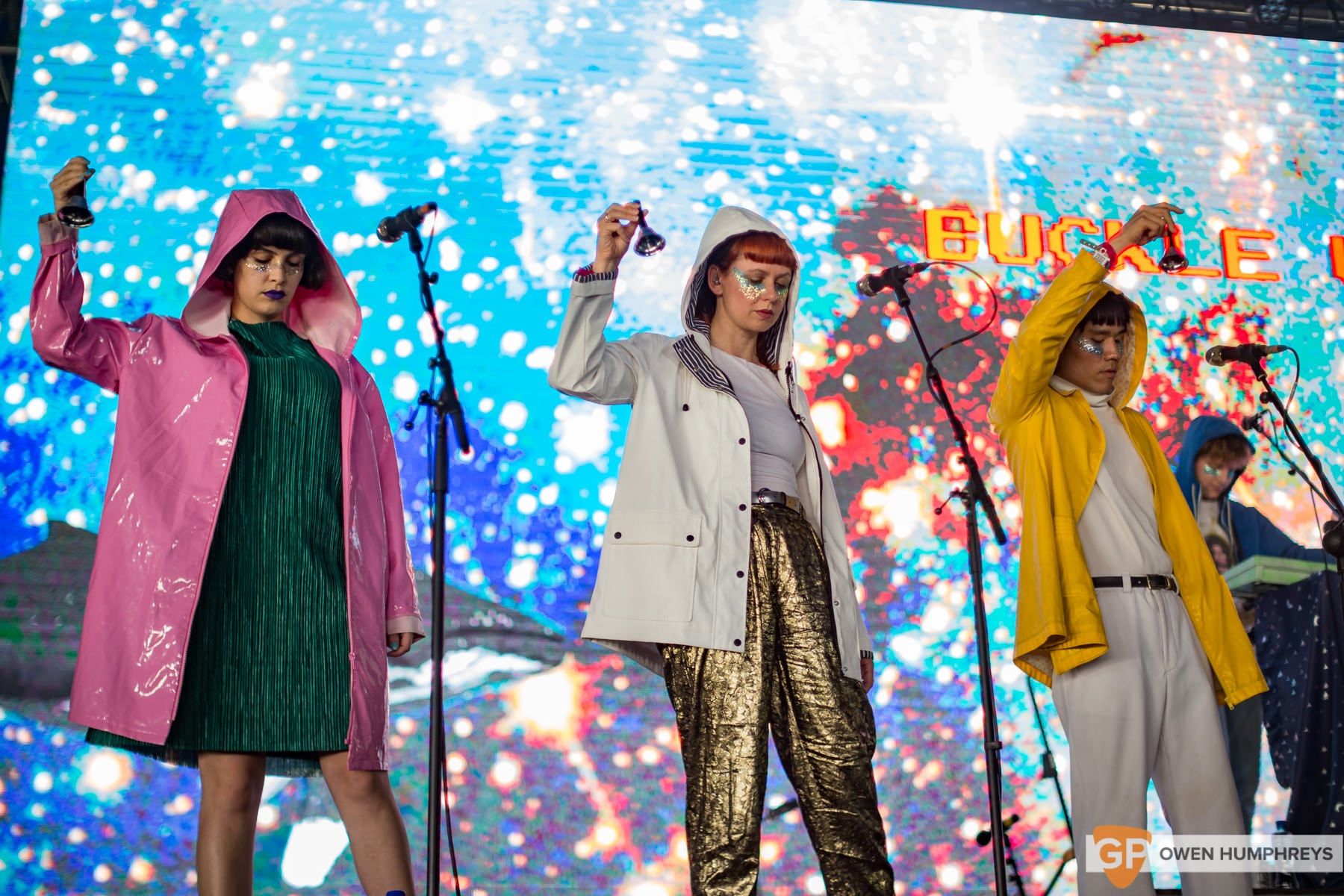 Sunday, the final day of the festival, is hit with an absolute heat wave at 38 degrees, making it hard to extract yourself from a hotel room (yes, we have endless sympathy for those in tents). When we do, it’s to indulge in some Superorganism. The London-based act of convoluted international, internet-based roots are one of the most hyped indie bands of the past year, and with good reason.

Fronted by a passionate and almost childlike frontwoman in Japanese recruit Orono Noguchi, they sing psychedelic ditties about prawns, dreams, and digging for fame in a set of rainbow rain jackets. There are choreographed dance moves, trippy backdrops, strange sound effects and absolutely heaps of crowd interaction. When it all finishes, Noguchi thanks everyone, tells the audience to lean on their friends when they’re down, and charges from the stage in near tears. A distinctly odd band, then, but mesmerizingly electric.

The same can’t be said for Goat Girl, who simply sit incredibly poorly in the blazing French sunshine. Their brand of dingy, angsty rock would likely be excellent with each chord echoing from the walls of a sweaty basement, but the moodiness falls intensely flat in the upbeat sunshine, and slowly clears out the crowd. The day doesn’t do them justice.

Angele is Belgium’s answer to Jessie J, tracksuit-clad and charging around the stage with intense energy as the crowd belt her lyrics back to her at the top of their voices. Hailing from pop roots, as a former member of legendary Belgian pop act Allez Allez. Her music is a slightly eccentric brand of pop that our language skills don’t extend to understanding, but it’s delivered passionately and the audience are enthralled. As the evening draws in, we never really connect with French pop-rappers Orelsan, or Lomepal, but you can’t win them all, and the beer and food selection more than makes up for it.

The whole thing is an experiment to us: what is it like to go to a festival where most of the bill is pulled from parts of Europe where the music is all but uncovered on these shores? The answer is different, but in great ways. We can live with huge melted baguettes as a festival staple, and the grown-up approach that sees bottles of wine for sale – proper wine glasses and all – for relatively civilised drinking.

We could probably live without the armed police, but they don’t distract from the experience. Having acts staggered to allow plenty of exploration, on the other hand, notably enhances it, as do the quiet, sheltered corners and the water sprayed consistently from the front of the main stage.

The heat was stifling, sure, but we’d happily rush back for a longer dose of musical pick-a-mix.

Shura at The Academy