Tiny Vinyls are an exciting five piece emerging into the Irish music scene. GoldenPlec caught up with guitarist and vocalist Rusty recently to discuss the band and their music amongst other things.

When describing the band Rusty muses that “we all have views on art, music, media & performance but we force them through the grinder and the result is the opinion of Tiny Vinyls as a singular unit.”

Having started out as unappreciated session musicians Rusty, Nicky (Vocals/Guitar), and Steve (Bass) did not quite fit into the sound that their employing Artist had expected. The moment of clarity for the trio came out of the blue one day in practice. “I remember at one point Nicky was sat on an amp in a dingy Dublin venue and she started playing one of her own compositions called ‘Secret’. I hadn’t heard her sing other than backing vocals before then and I was immediately hit by the tone, texture and general unease of the track with her voice accompanying the guitar.” To this they added the skills of James (Drums) and Thom (Synth).

Sometime later we recorded with Thom who engineered our first track, everything about Thom is very slightly left field and it takes time to realize the context of what he is planning, he seems to think in colours and sounds unlike most people so to get him as a permanent member on top of what was already established added a really unique drone and take on everything we do that I’ve never quite experienced before.

Having established themselves as a live band of note recently, Tiny Vinyls have had some memorable occasions. On stage at the Button Factory the band had one of those “moments we had been searching for as musicians.”

A combination of pulsing lights, guitar feedback and the smashing of drums all combined to create a moment that they are constantly searching for at every gig since. On the flip side of this every band must go through the uneasy phase of doing gigs that might not necessarily fit their ethos. “Playing support to a boyband, complete with chairs, was something we were a little uneasy with.” 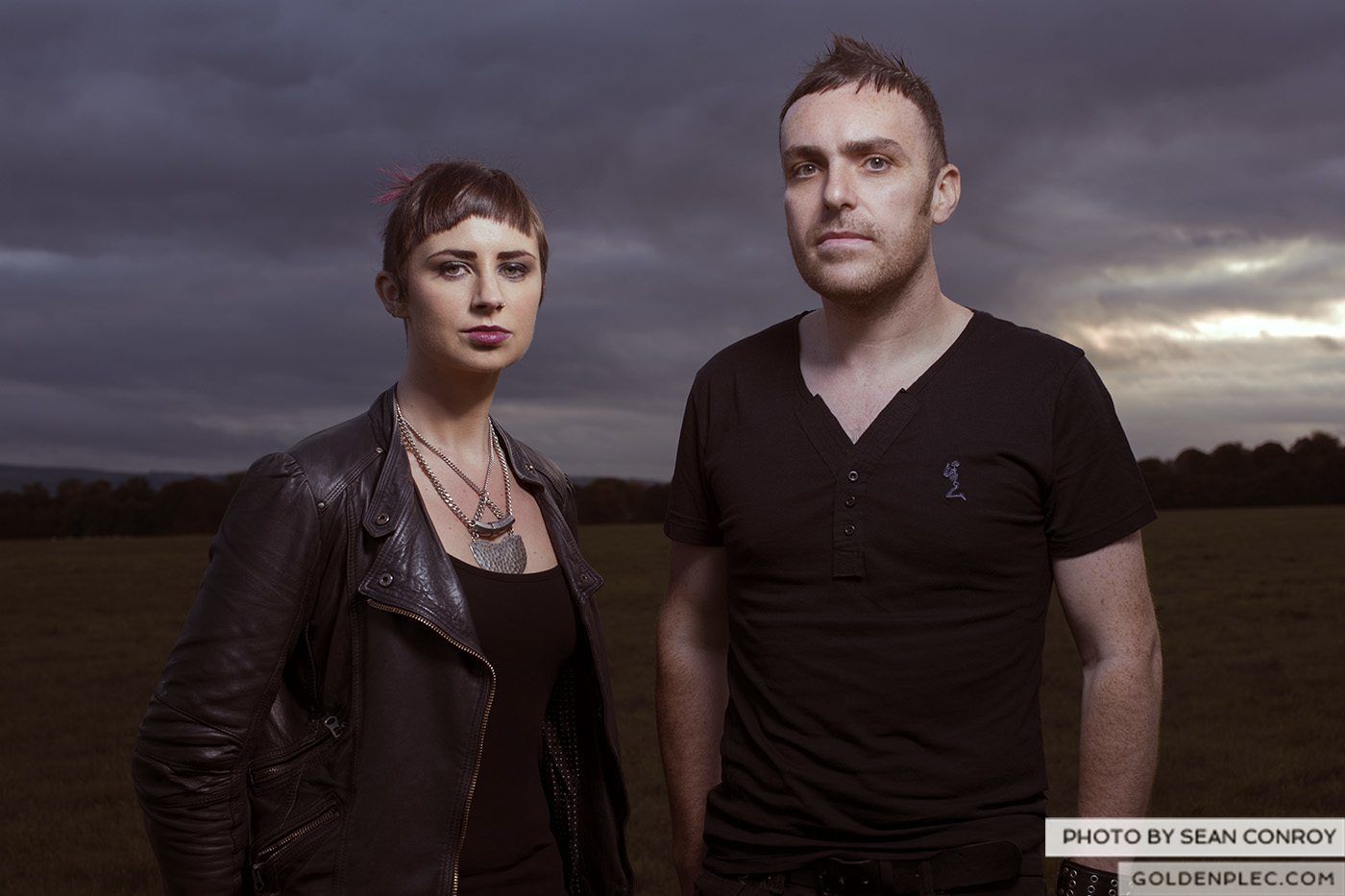 Having Thom in the band made the production and release of their own material a more pleasant experience. Using Thom as the production engineer meant that the band could speak openly and honestly about what they wanted. “Once we released our songs there was a real contented feeling among the group. We all felt a mixture of excitement, nerves and apprehension but without these feelings it is impossible to create.”

The writing process within the band is not set in stone. “Myself or Nicky would usually write songs and then bring them to the band to get their input. Recently this has changed slightly. One of the guys might have a riff or a beat that they like and then we try to write around that. It keeps things interesting and organic.”

As a band trying to get gigs in Ireland Tiny Vinyls know how difficult it can be to get a crowd. “Getting gigs is a challenge but it is achievable. The big issue is getting people to turn up. Money is still tight and people are conscious about what they spend it on. As a group we don’t want to stand on stage expressionless. We are working on visuals and performance and theatrical elements for future shows. If people are choosing to come out in driving rain to see us play then we are going to make sure that they will be entertained. It is really important to us.”

As a group of musicians with a bright future they seem eager to create. “We are going to experiment with writing around a light show and the use of visuals. It is something that hasn’t really been done before in Ireland so we are excited.”

With a new video for their song Black Eyes recently released and a new song called Remember due for release soon there are exciting times in store for them.