As music lovers, we often forget the journey artists go through before they are "discovered". Kilkenny singer-songwriter Robert Grace has been quietly plying his trade over the past few years as a producer/songwriter rather than a solo artist, it has taken time for him to develop his own sound behind closed doors.

With his own studio in Kilkenny to look after, as well as a young family, it hasn't been an easy journey. "It is a really nice spot to be in now, but we are lucky with the rent... we could barely afford it [the studio]. In terms of music, though, all I really want is to be making enough, really."

Thankfully, during lockdown, everything changed for the better for Grace. Like a lot of people, he decided to give TikTok a go and started to make videos of himself doing covers. Not only did it mean people got to see his talent around the world, it also gave him the chance to promote his own music.

After one of his singles Fake Fine started to take off, it wasn't long until he was getting calls from major labels. "My manager texted and said "I have some news". It felt like about an hour before he rang and he said it was good news. I said "whenever you text again in future, let me know if it is good or bad news!"" Initially he thought they just wanted to license his song, which alone for Grace would have been a huge deal.

The reality was that Sony wanted to sign him to a record deal and put some marketing behind his single. He couldn't believe that they were the ones trying to sell him on the deal. In the end there was a bidding war between Sony, Universal and Warner. "It really escalated!" he laughs. 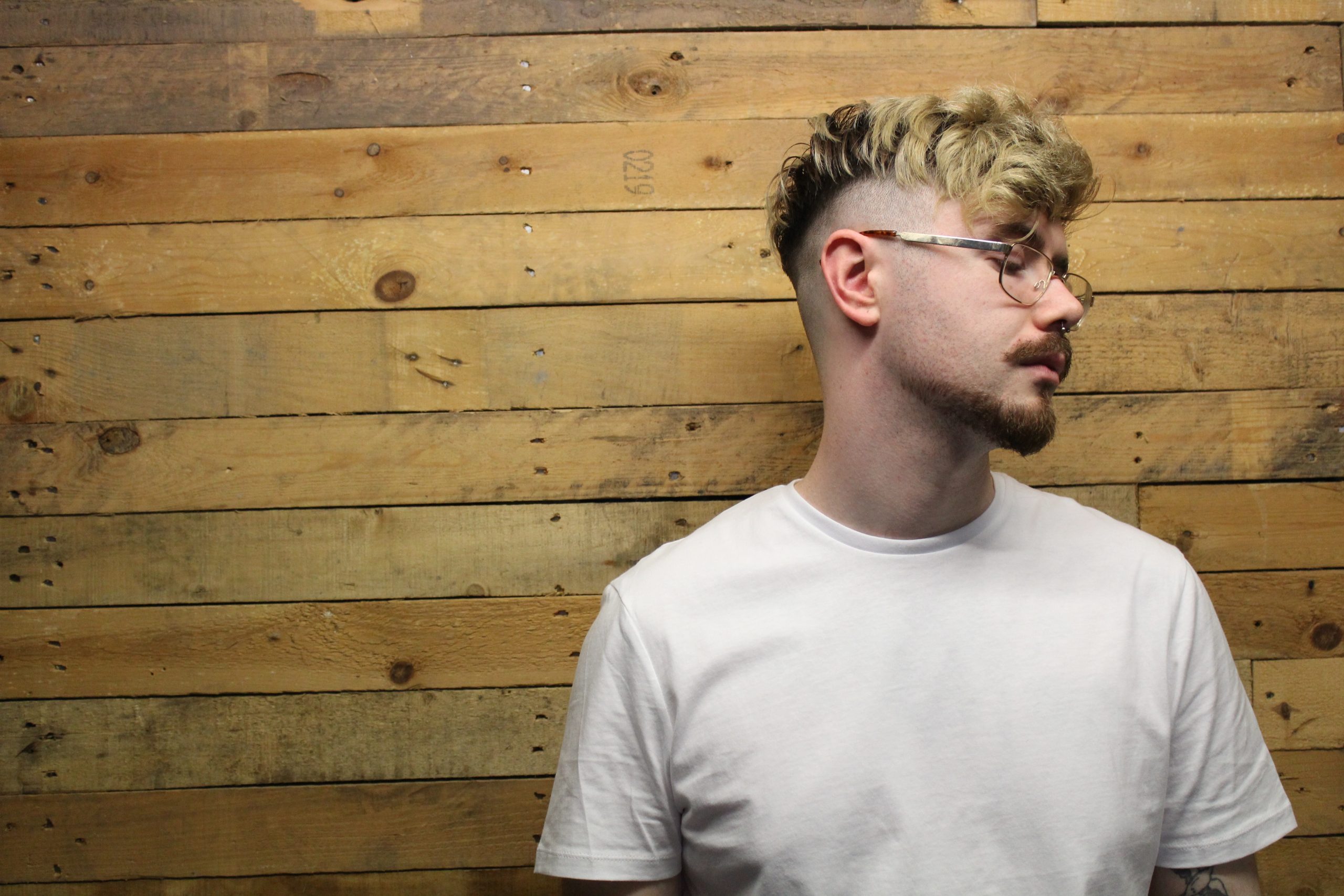 Now that he is signed and has a host of people interested in his music. He says it's nice to finally have that sense of security.

"I am lucky now that I am in a situation where I don't have to worry about paying bills and I can just focus on my own music. I don't need to be worrying about getting people into the studio."

Day-to-day, things haven't changed too much for him. He either spends time writing music in his studio or at home making TikTok videos. With an album planned, he is focused on building a catalogue of songs, of which 10 will be on the final record.

At the moment, though, it is all about concentrating on pushing his latest single. "We just finished filming the video for Fake Fine last week so that is going to be coming out soon. That is when the campaign is properly going to start and the song will be pushed. After that then we can kind of focus on doing the next song."

It is no wonder the song has caught on, seeing as the lyrics are so incredibly raw and vulnerable. The song opens with the words "27, life is Armageddon I've got clinical depression cause my minds an imperfectionist."

Despite the upbeat and poppy nature of the song, it is clearly a window into his world and what he is going through. It is that contrast that makes the song so appealing and there is an honesty in that that a lot of modern artists rarely tap into.

Having a pop element to his music is something that has been there since he was young. Some of his biggest influences were pop-punk bands from the early 2000s.

"I listened to all of the same things as my brother. I loved Fall Out Boy, Green Day and Blink 182. They were like big influences for me. Fall Out Boy are still one of my favorite bands."

It was quite fitting then that one of the covers on TikTok that garnered a lot of attention was This Ain't A Scene, It's An Arm Race. Someone even did their own freestyle over the top of it. As most of his followers are from the US or Canada, it is clear he has mass appeal. He knows, though, that any sort of "fame" on TikTok can be short lived.

"It has worked well for me and I think for musicians it is great... if it works. You know there are lot of people that have done something similar to me but I don't know why exactly mine clicked. I have friends that are really good but their stuff is only slowly building." The views he got on TikTok have thus far translated into over a million streams on Spotify. 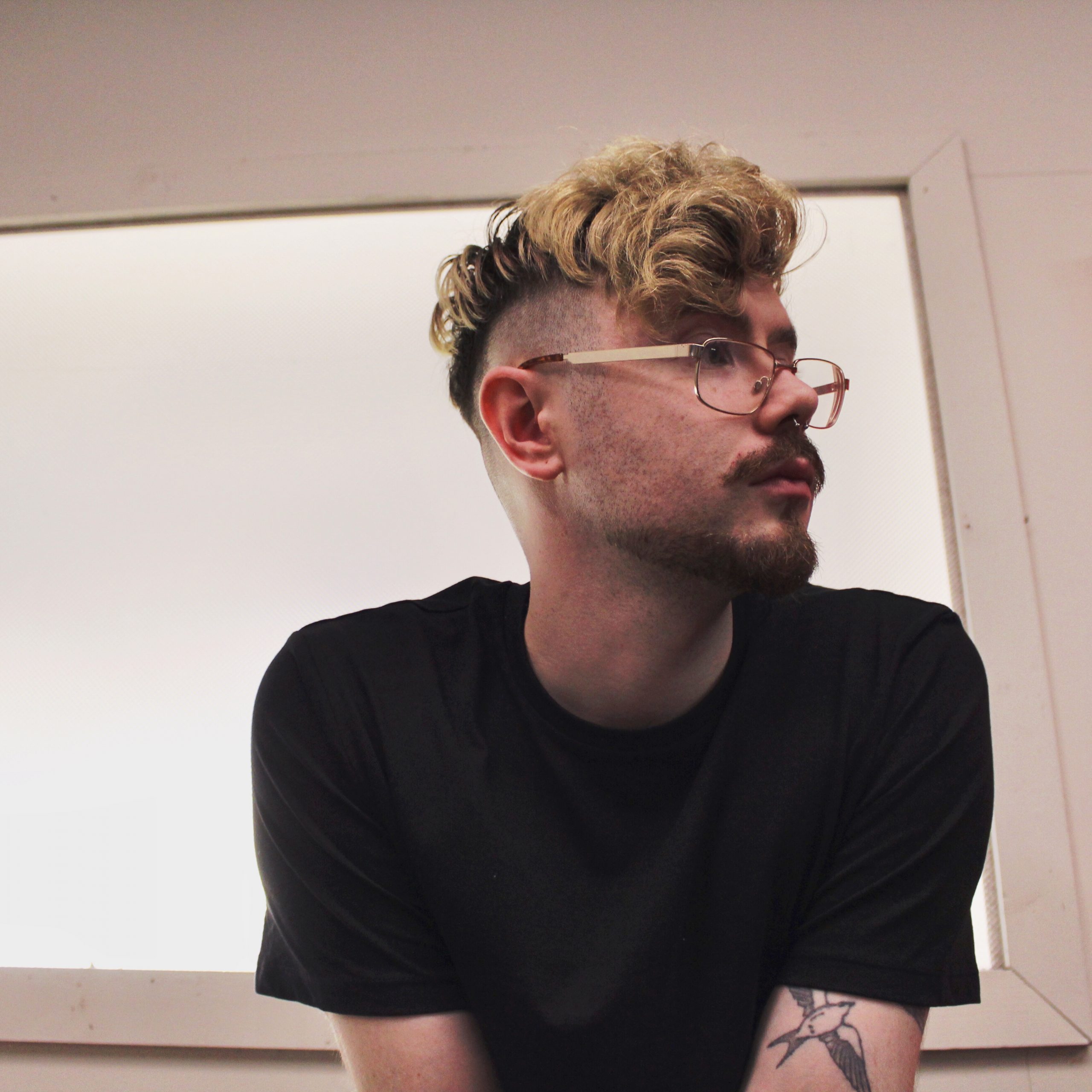 While it might not seem like the most obvious route into music, it has worked for him and who knows where he would be without having such a platform to showcase his talent. It hasn't been easy though and there have been a number of challenges along the way.

Like a lot of artists, he has been releasing songs over the past few years and slowly building a repertoire. Sometimes all it takes is one song and for Robert Grace, Fake Fine was the breakthrough he needed to launch his career. Even though he has spent years writing and producing music for others, it never deterred him from pursuing a solo career. That passion and dedication always remained with him.

"As long as I can remember, my Dad was in a traditional Irish band called Drop The Penny and my mam can sing, my brother and sister can sing as well. It is all I wanted to do and there are pictures of me when I was 2 years old trying to play the mandolin." When he was 16, he played  in pubs with his brother to get some experience. Music was all he was good at and he couldn't think of doing anything else.

Despite the long journey it has taken to get to this moment, it really only feels like the start of his career. With an album planned for the future and possibly a second single by the end of the year, things are certainly looking up for the Kilkenny songwriter. It is a testament to his work ethic that a record label signed him during a global pandemic, but in a world where we're so concerned by our online personas, Robert Grace's authenticity is what has drawn people to his music.