Last week, as its tour of Vivaldi’s Griselda with Irish National Opera got underway, the Irish Baroque Orchestra announced its programme for 2019-2020. For artistic director Peter Whelan this will be his third year at the helm of the period-instrument ensemble. We caught up with him, in between rehearsals, to talk about what we can look forward to in the coming year. 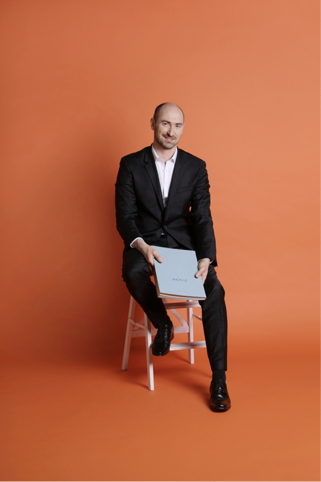 The most important strand of Whelan’s work with the ensemble (reflected in the orchestra’s recent recording Welcome Home, Mr Dubourg) has been the rediscovery of the music of 18th-century Ireland, especially Georgian Dublin. This area of Irish history is still mostly seen in terms of architecture, literature, and politics, while its music – aside from Handel’s Messiah – has largely been forgotten.

Following concerts that introduced audiences to the music of the viceregal court at Dublin Castle, and the work of violinist Matthew Dubourg and his contemporaries, next February brings a forgotten opera star into view with a concert entitled ‘The Trials of Tenducci’, presented at the National Gallery of Ireland. Featuring a new star of our own time – Irish mezzo-soprano Tara Erraught – this concert will feature music associated with the castrato, and occasional Irish resident, Giusto Ferdinando Tenducci.

“I can’t wait to tell this story; it’s got teeth—there are so many directions that it could go, it’s interesting on a lot of levels. It’s gory and salacious, tabloid-level, but his personality is also fascinating. There’s his [artistic] relationship with Mozart and Haydn, they write things for him (though sadly the work Mozart composed for him is lost). There are some pieces for him by Johann Christian Bach that we know of as well.”

The programme for this concert falls into two strands: orchestral music based around Tenducci and his time in Ireland, with items by Tommaso Giordani, Pierre van Maldere, and Nicolo Pasquali, and then arias written for Tenducci by Giordani (the reason the singer came to Ireland in the first place) and J.C. Bach, and from Thomas Arne’s opera Artaxerxes. Whelan wants to explore the bigger picture as well: “[singer Venanzio] Rauzzini was also living in Ireland at the time. He originally sang ‘Exsulate Jubilate’ for Mozart, so that finds its way into the programme.” In addition, when the first ever English-language version of Gluck’s Orfeo was staged—in Dublin—Tenducci was there: “he was in charge, he funded the whole thing. Translations from that time exist, so we’ll include some of that.” 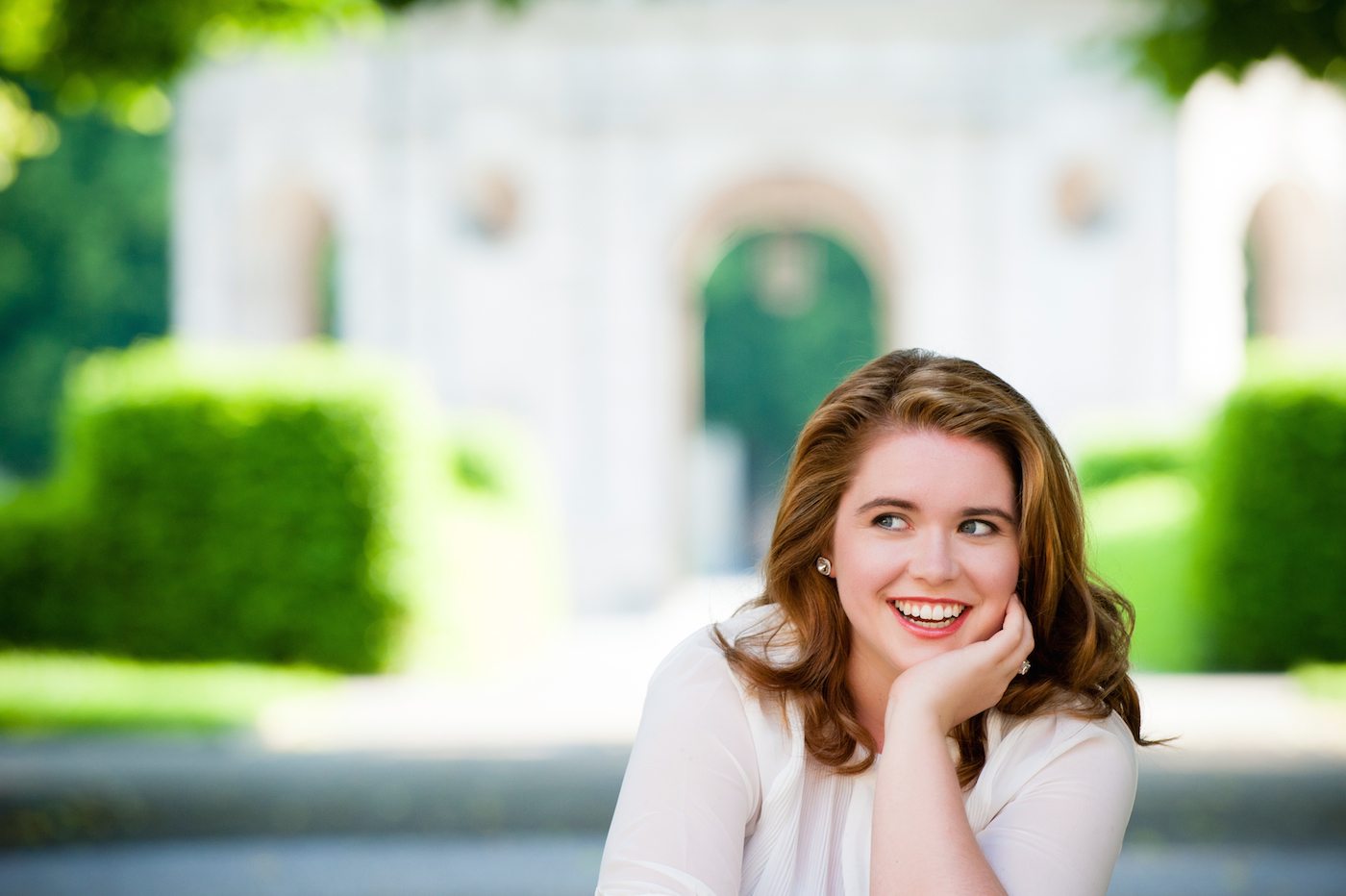 The subject of Helen Berry’s recent biography The Castrato and His Wife, Tenducci is an intriguing figure, both socially and musically. To have work associated with him performed by Tara Erraught opens up exciting possibilities: “if you’re talking about mezzos and superstars, she’s the closest we come to, and Tara sings Mozart so beautifully… we have a really good connection, she’s very supportive and very keen.”

Following on from the success of Welcome Home, Mr Dubourg, there are plans to record and produce ‘The Trials of Tenducci’ as a commercial release in due course as well.

On March 7 (in Dublin) and March 8 (in Clonmel) the Irish Baroque Orchestra marks International Women’s Day with a programme directed by leader Claire Duff, concentrating on the 400th anniversary of the birth of Italian composer Isabella Leonarda in 1620. “That’s a really important strand, of course. Claire discovers amazing things every year, there’s always great feedback.” 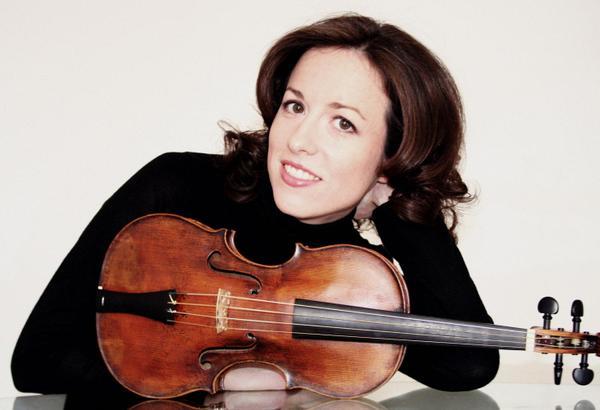 Oboist Alfredo Bernadini returns as guest director in April to direct a concert entitled ‘La Folia’ (‘Madness’), including music by Geminiani, Telemann, Fux, and Zelenka. “He’s a hugely charismatic person and musicians love working with him. He wears all his learning very lightly—he’s an amazing performer but he’s done a lot of background work as well. His programme looks really interesting and super-entertaining, it’s a good theme!”

Peter is also excited about the planned visit by top violinist Rachel Podger, who will direct the orchestra in a pair of concerts in June, presented in Kilkenny and also the National Gallery of Ireland. “She’s one of the world leaders in performance… it’s a real coup to have her.” With a programme of Bach concertos for two and three instruments, the concert will highlight soloists Alex Bellamy, Miriam Kaczor, Claire Duff and Malcolm Proud. Alongside the concert with Tara Erraught in March, these concerts also mark a new partnership between the Irish Baroque Orchestra and the National Gallery of Ireland. “We used to work in the Gallery a lot and it’s nice to go back there again... we are looking to have further plans with them, it’s a more appropriate space for us.”

More immediately, the remainder of 2019 sees the Irish Baroque Orchestra presenting a three-concert chamber series in the Kevin Barry Room—chamber duets and cantatas for ‘Handel in Italy’ (with singers Aisling Kenny and Francesco Giusti), followed by a selection of French household music for bass instruments in ‘Le Phénix’, and intimate chamber concertos in ‘Vivaldi Concerti di Camera. December sees the annual performances of Handel’s Messiah, with the ensemble returning to St Patrick’s Cathedral, and touring to Wexford and Galway (in partnership with the National Opera House Wexford and Music for Galway), featuring soloists Emma Morwood, Rachel Kelly, Anthony Gregory (making his Irish debut) and Edward Grint, alongside choral ensemble Sestina.

For this month, though, all the focus is on Vivaldi’s Griselda, which brings Peter Whelan and director Tom Creed together again for the first time since 2017’s Acis and Galatea: “it’s extraordinary music, superhuman in terms of the technical ability required to sing the music—each role is characterised in really extreme ways. The music’s on an epic scale…  breathtaking.”