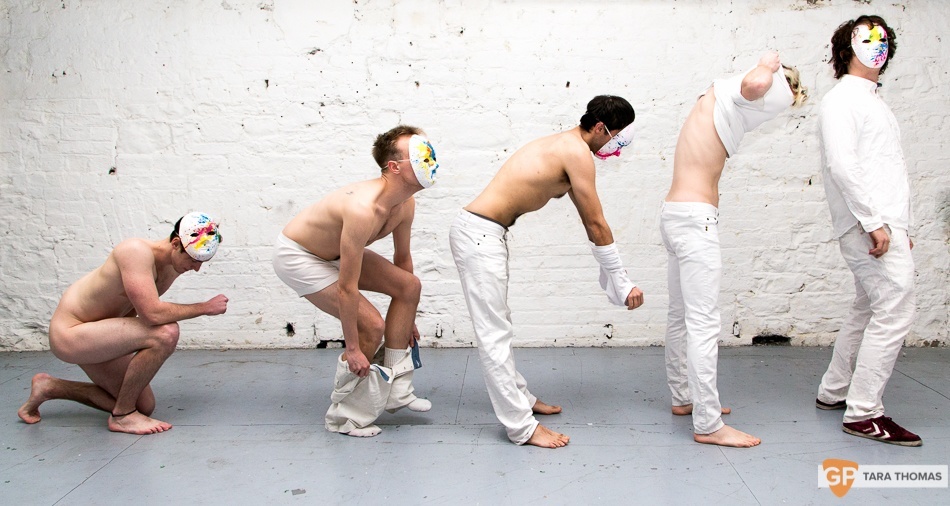 Meltybrains? are by no means your conventional Irish act. And summing them up in words seems like an insult to their mayhem. But for the uninformed, Meltybrains? are a 5-piece, experimental, electronic band whose influences appear too vast to make a list of.

Having built up a following of splattered-mask wearing ‘Meltyclones’, the five-piece are renowned for their striking visual set-up that coincides with their music. From their live shows you can expect a passionate mix of structured ambiance as well as full-on dance beats, and they can rock out too.

Undefined isn’t a genre but it certainly is accurate as Meltybrains? carve out a genre in themselves. Technically proficient, engagingly insane, and beyond description really. Just listen.

They are a stand out act who once described themselves as “the finest caviar, sprinkled over potato wedges, served in a lemon and aniseed bun.”

Quotes like this are why you can’t give a band like Meltybrains? any real options when it comes to questions, you have to be straight to the point. They tend to take what you ask and run in a tangent that will leave you in hysterical laughter or exhausted with frustration at trying to comprehend what’s going on.

Or maybe they realise that not everything needs to be that serious.

If the band have an origin at all, discovering its starting point is near impossible, the closest you might get to knowing about it is that they were “born into the world from a laptop on a kitchen table, with auto-tuned lyrics of ESB bills, tobacco packages and deodorant cans.” And they say that they’ll most likely finish their existence  the same way.

Although the band have a big secret about their current situation. “We actually arrived at this exact moment in time from another dimension, killed the versions of ourselves from this dimension and replaced them without anyone else knowing... until now.”

Maybe this means there’s a more ambitious Melty' taking over this dimension. This one seem to be planning an immense year for 2015 either way. Their “first vinyl release is coming out in February, followed by some tour dates in Ireland, the UK and the US.”

Top that off with a new EP and some festival shows and you might expect them to take a break.

But talk of their “first feature length film 'BRIAM' [not Brian] starring our band member Brian Dillon” might get tongues wagging.

Either way, it’s apparently going to be a 3-hour monologue.

Oh and “there'll be a musical version too.”

If Justin Timberlake can make the transition from boyband to film then why can’t Brian?

After all, Meltybrains? “hope to reinvent the boyband world.” 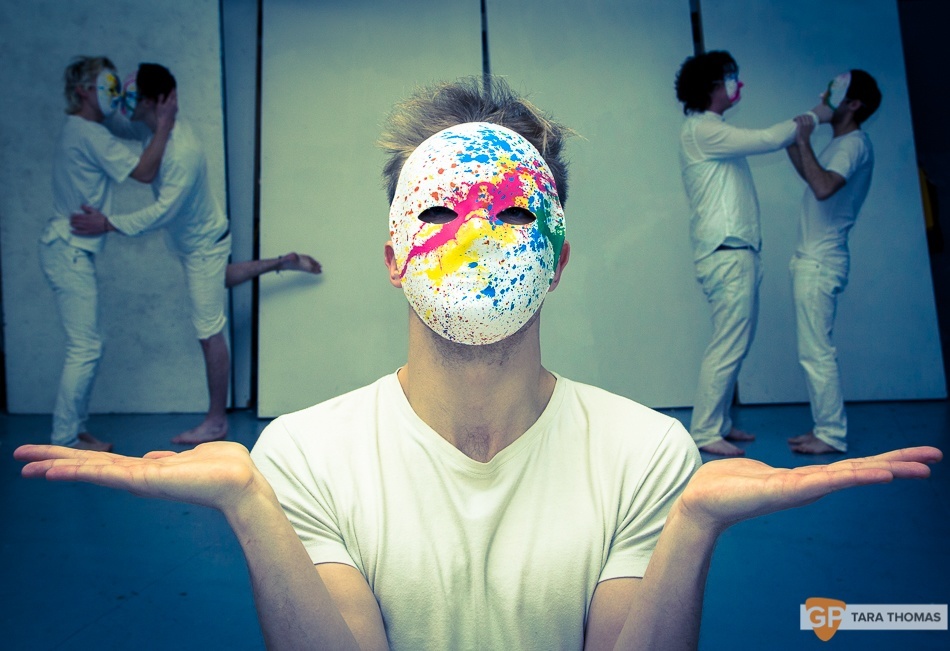 If you’ve made your way to a Melty show you might have become acquainted with their Melty' masks, the signature sign that you’re about to attend an interesting evening of music.

“It's fun wearing a mask on stage, but after a while we realised we didn't need to wear them all the time so we started giving them out to other people, and let them in on the action!”

All this fun comes after a rigorous regime when it comes to making new music however.

“Wake up at 7am, do some calf stretches, have a cup of tea, smash the cup against the wall, forget to record the sound of the smashing cup, do it again, record it on loop, pitch shift, auto-tune, new song in the bag, another cup of tea - except we use glasses now because we don't have mugs anymore, stick on an episode of It's Always Sunny in Philadelphia, feet up, job done.”

But what else do you expect from a group of musicians who are really “five slaves controlled by the master from above."

So what have we learned about Meltybrains? in over 700 words? Not a whole lot to be honest, But if 2014 is anything to go by, the guys are set for a bigger 2015 with more releases and hopefully a lot of shows lined up.

Making the mistake of missing them again could be your biggest regret. You never know when another Melty' will make their way from another dimension and wipe this one out. And for all we know those guys might just want to be a cover band.

Either way, right now Meltybrains? are a bit too nuts to confine to just a few words.