Joe Chester's musical journey has been eventful to say the least, jumping seamlessly between the roles of producer, musician and songwriter. Chester has collected his fair share of kicks, standing 20 feet from stardom playing with major acts such as The Waterboys and honing his skills as a producer on an eclectic range of artists in the fields of pop and rock that may seem like strange bedfellows at first glance. It is this drive to expand his musical expertise in all areas, though, that has given Chester the tools to pursue his own vision as an artist.

These forays into other realms, such as on A Lazarus Soul's ‘The D They Put Between The R & L’, allow Chester to scratch all of his communal musical itches, giving him the freedom and license to explore his internal monologue fully in his solo outings. His latest release 'Jupiter's Wife' - his sixth since his solo debut in 2005 - finds him in fine fettle, reinvigorated by the acquisition of a new guitar. 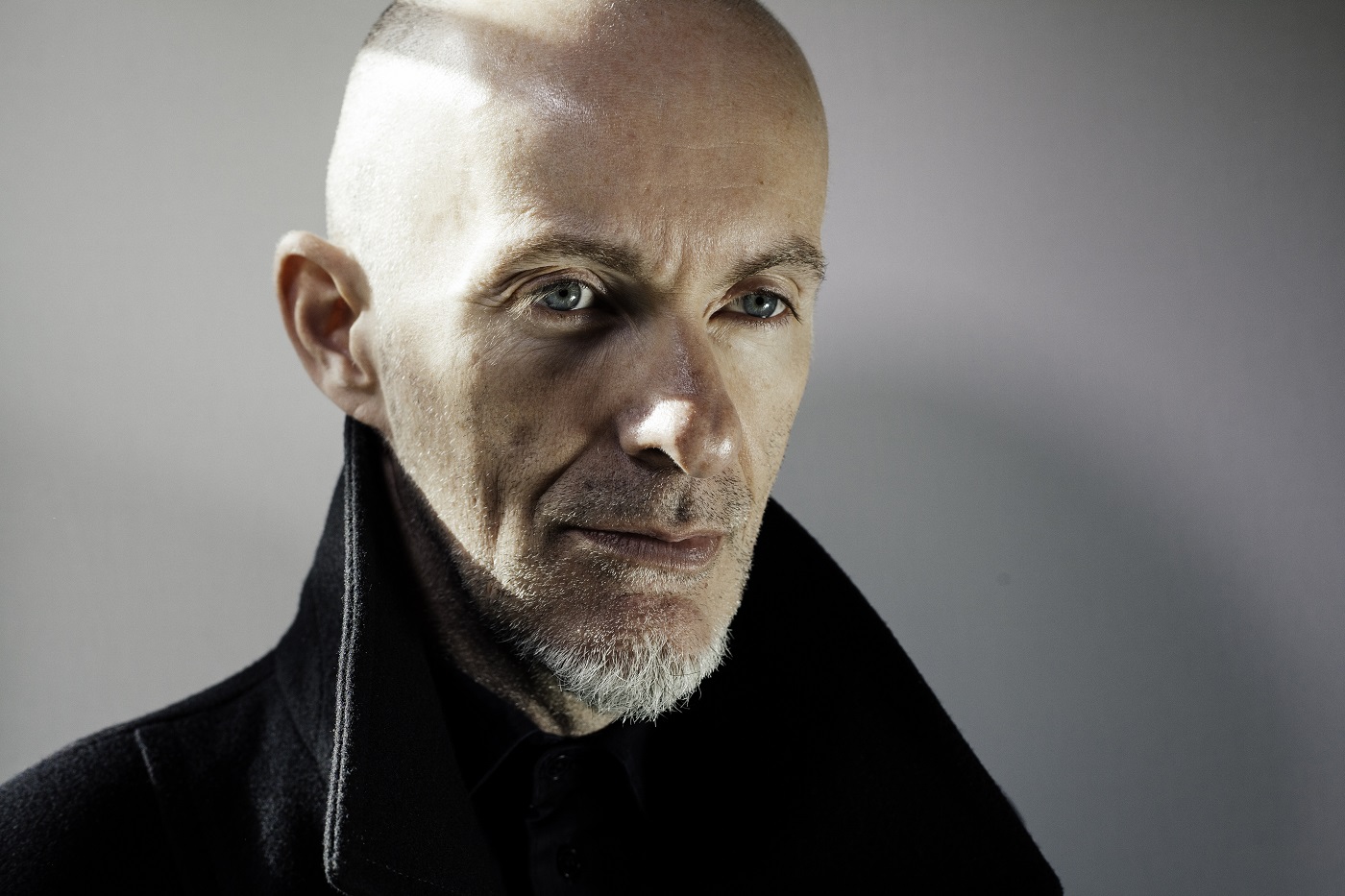 Has living in France affected your relationship with Ireland?

I think it has in some ways. Someone asked me in an interview if I feel like an exile now that I live in France but the truth is that I felt more like an exile when I lived in Ireland. When I first emigrated I think I had a lot of negative feelings around the fact that it had become impossible for me to live in the city and country of my birth, but that tide has ebbed a little now and I have started to see once more the things that I love about Ireland. Sometimes it’s easier to love from afar.

There’s something quite romantic about an Irishman finding a 40-year-old Lowden guitar in Brittany – it’s a perfect circle, but it raises the question, did you save the guitar or did the guitar save you?

Yeah, the Lowden is a wonderful instrument and you’re right, there is a kind of poetry around finding one in France, but in fact they became quite popular here in the seventies and eighties in part due to the great French master Pierre Bensusan who has played one since then. This particular one had a few holes in it and was brought back to its former glory by a great local luthier named Fred Mai. So Fred saved it!

You seem to be going through a bit of a purple patch with your solo career and A Lazarus Soul. Why have you been so prolific in recent times?

The response to the A Lazarus Soul album took us all a bit by surprise, although I knew when we were making it that it was something special. Brian hit another level with his songs and I’m in the privileged position to be the first to hear them outside of his family. And, yes, 'The Easter Vigil' did very well. Truthfully though, all those things are from an external perspective. From my viewpoint nothing has changed, I just keep working on the music. You never know which records are going to take flight.

Well it’s funny when people ask about Ten Speed Racer. I was in that band for three or four years and if I’m being honest it was, from a creative point of view, such a stifling time. I love those guys but I think we would all agree that as a band it was an absolute toxic nightmare! Haha!

On the other hand, I’ve been making records with Brian for twenty years now. We certainly have arguments, although nowhere near as often as some people think. So when you talk about success, well it depends on your definition. Success for me is creative. If I begin writing an ambitious song and somehow pull it off then that’s a success for me. On those terms, I don’t look back on Ten Speed Racer and think, yeah great days.

You also have a single with Side 4 Collective and Sarah McQuillan called Battles coming out. What enticed you to that project? How did you find the process of writing to Dave Hingerty’s beat – pretty much the reverse of how most musicians create music?

I’ve been a fan of Dave Hingerty’s drumming ever since we played together in Nina Hynes’ band and also with Doctor Millar way back in the mists of the 1990s. He’s got such a unique sound. Unfortunately we haven’t had the opportunity to play together in the 21st century so I was really happy when he approached me about the Side 4 Collective, such a 21st century concept. It’s certainly not my usual way of collaborating (I’m a great believer in the power of the passive-aggressive silent treatment in the rehearsal room) but it seems a very apt project for the times in which we are living and during which we are all discovering new ways of working and living. A massive tip of the hat must go to Sarah, whom I’ve never met, for turning in such a powerful vocal performance. The track contains a recording of the sea from near where I live and which I miss very much right now.

The world has become obsessed with quick and instantaneous music, but you have gone the other direction, leaning towards unfurling 6-minute songs. Why is that?

Well, it’s not deliberate - I don’t set out to write 6-minute songs and I’d love to do an album of 3-minute songs - I know it would make getting songs on the radio easier! But as a songwriter, you’re following the language and as John Banville said, “language is coercive - it wants to speak.” Also, in the folk song tradition, by six minutes in you’ve probably just got to the first murder! Now these are not folk songs as such but I’m interested in pushing the language to the limit, following the song to its conclusion, wherever that may be. If I can hold the listener and bring them with me then it doesn’t matter if it’s six minutes.

Your new album ‘Jupiter's Wife’ contains many examples of this. Does having so many long songs present you with a unique set of problems when it comes to choosing a running order?

I generally find that the running order of an album works itself out during the writing process. Now of course you’ll be tweaking it right up until mastering, but there’s a story to tell, and as I said, the goal is to bring the listener along so it needs to flow.

Your work often contains references to art and literature. Which works inspired you during the creation of 'Jupiter’s Wife'?

I’ve been catching up on the novels of Milan Kundera after a long break. I enjoyed 'The Festival Of Insignificance'. 'Immortality' made a great impression on me. Richard Ford is probably my favourite living writer and his 'Between Them: Remembering My Parents' was really beautiful. A great companion over the past few years has been 'The Order Of Time' by the Italian physicist Carlo Rovelli. I read a lot of books on quantum theory and that can often leak into my songs - there seem to be a lot of references to infinity in my songs and the line, “the ruthless universe in every blood cell,” from Staying Together For The Children pretty much sums up my philosophy.

What drew you to the story of St. Lawrence O’Toole?

I read the story of that heist and the events that followed (people can look it up) and thought to myself, I am reading a folk ballad that has yet to be written. It seemed like too good an opportunity to refuse.

The idea of being scuttled, be it in love, marriage or at sea, is a recurring theme throughout the album. How difficult is it for you to explore holes in your boat in song?

I would describe these songs as autobiographical fiction so while there are definitely elements of my own life contained in the them, not everything is about me or even factual. That said, I think the mark of a great song is one that, having heard it, makes you feel like you know something you didn’t know before. And that goes for me too. Like that wonderful Seamus Heaney line, “I rhyme to set the darkness echoing.” In a way, all art is autobiographical in the sense that the fingerprints of the artist are all over it. But I’m not necessarily exploring the holes in my own boat.

The album was partially recorded in Sun Studio, Memphis using Sam Phillips' original analogue machines – a thrill no doubt. How did that sacred ground affect the album?

Sacred ground, yes. You cannot stand on that studio floor and not feel the presence of all who have gone before. Howlin’ Wolf, the great Memphis guitarist Willie Johnson, Ike Turner, Jackie Brenston. Of course I have little or no common ground with those guys musically but I do see Sam Phillips as a kindred spirit in that he was always looking, very deliberately, for what he called “beautiful imperfection.” That’s certainly something I aspire to.

'Jupiter's Wife' is released as a double-CD and digitally on Friday 1st May, 2020.