“It’s been crazy…. and when I say crazy I mean sitting alone, watching Netflix in my bed, living vicariously through my friends love lives” London-based Irish singer-songwriter Etaoin laughs, reflecting over the last 18 months,  "It's been really tough, last year was the first year I didn't make it to Ireland so to have gone so long is strange. Even at Christmas, it was depressing. There’s something strange about a fork hitting a plate that’s quite a lonesome sound”

Etaoin has had quite a busy year already. Having released three singles ahead of the release of her debut EP 'For Her', she's seen her tracks spread far across the world, with her two lead singles Pale Damp Cheeks and Bedroom Walls amassing over 250,000 streams each, thanks in no small part to their unexpected inclusion on Spotify's New Music Friday playlist.

"I expected them to flop" Etaoin adds, "I didn't really expect anyone to hear it, but then Spotify picked it up and it took off. It was amazing. Now I'm convinced that every new song I realise is the one I flow, but every time they exceed my expectations".

Etaoin was involved in music from a very young age, appearing in Fleadh's and festivals from as young as eight. It was around this time that her parents withdrew her from school in the expectation that they would be moving to Ireland. A back injury to her father, however, put a stop to those plans, but nonetheless, Etaoin spent the next 5 years being taught the wonders of the world by her parents, as they jumped between Ireland and London.

"My Dad worked in a university so he had a base of education and my Mum had a background in music so they taught us everything," she explains, adding that despite her young age she was aware her education was somewhat unique.

"I was sort of aware, but then when I went back into school it was quite a shock, I had no idea why they were so mean," she admits. "I’d gone from living with my family and being treated with nothing but love, to go back and have no one talk to me or smile to me, it was so weird. I was really shy too, I was billy-no-mates". 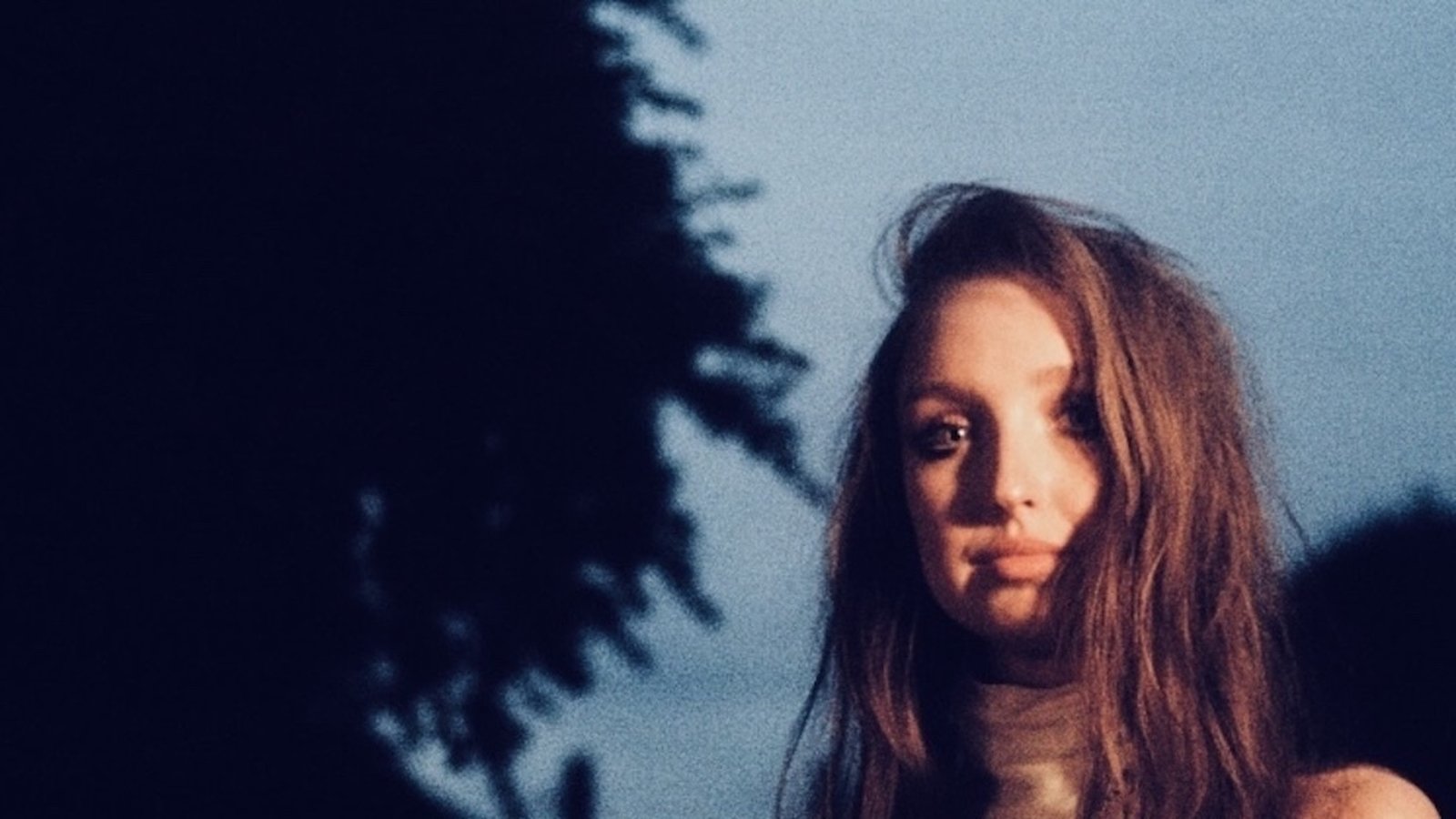 Etaoin took the time on the ever of her EP's release to discuss her musical upbringing, the influence of Taylor Swift on her life, rejecting a career in medicine for a life on the road, and the importance of writing from experience.

Being home-schooled was where the interest in music developed so was it?

“Yeah, we were literally growing up surrounded by music and Irish music, and we’d be competing in Fleadhs by the age of 8. We were playing the flute, the tin whistle and then my parents got me a guitar, and because I was spending so much time alone, out of school, that I found myself just messing with the guitar and getting creative."

Taylor Swift was a big inspiration, wasn’t she?

“Absolutely, I would die for Taylor Swift. She’s the reason I started writing songs. I remember being in school and being obsessed with Avril Lavigne and Taylor Swift and just wanted to be like them. I’d already started writing music anyway but having two people like that to look up to, and my Mum being so musical, it really pushed me to keep writing. They are just both amazing songwriters." 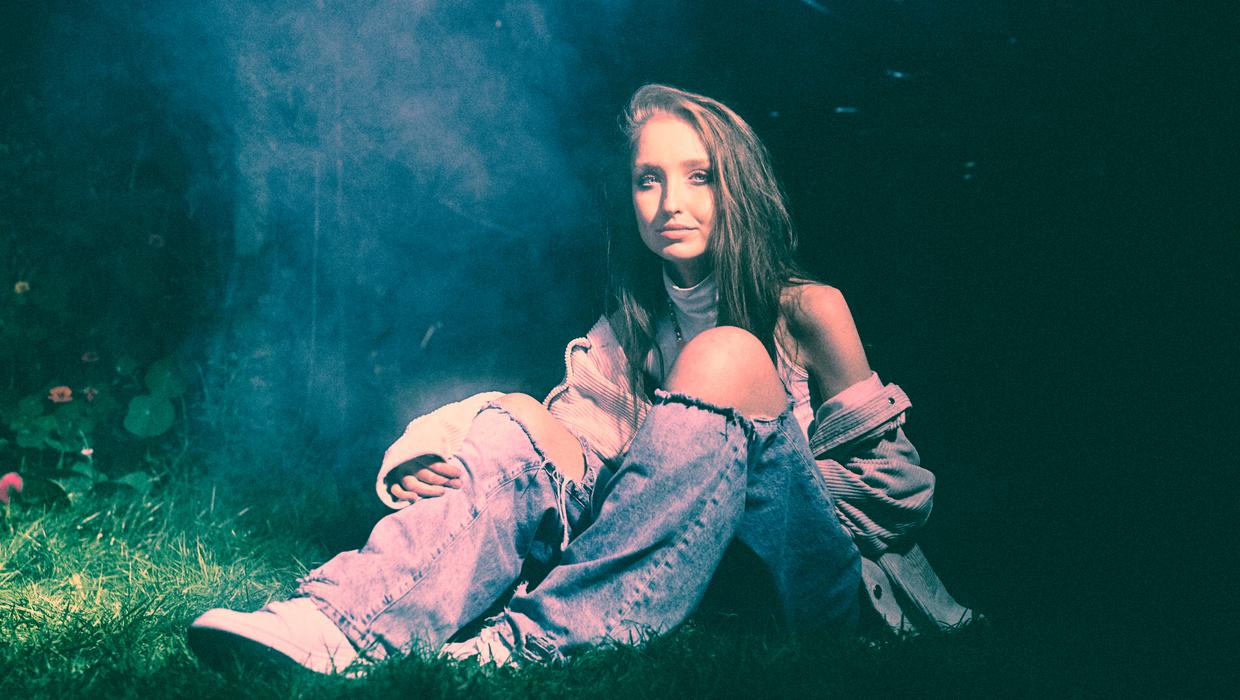 When did you start recording your music for release?

“I went through school, took music and science at A-Levels, then I took a gap year because I wanted to go on to do medicine but needed a break. Had a year, started medicine, did work experience and everything then started freaking out because I realised I didn’t want to do medicine after spending a whole year working towards it.

So I rejected medicine, and because I’d spent the whole gap year writing I was feeling really confident in my songwriting. So I really wanted to focus on that for a while. So I found the number of the owner of the studio really close to here and I cold-called him asking if I could record, he put me in contact with Michael Biggs and it all came together from there"

You’ve said previously that a lot of the tracks on the EP were recorded a number of years ago, so why have you decided to release them now?

“There was a lot of back and forth for a while about how I wanted to do things. I released Pale Damp Cheeks on Soundcloud and couple of years ago and from then people were always asking ‘what do you want your sound to be?’ and I didn’t have one at the time, and it made me feel as though I couldn’t just be a girl with a guitar, that I had to be something unique.

But then I remember saying to myself that if I couldn’t be true to myself as an artist then what was the point? Being an artist for me was sitting back with my guitar and singing about the world around me. There was a year of trying to find my sound when I realised that it had been there all along. People kept telling me that I needed to be different but the way I connect with people is by being honest. That’s why Taylor Swift has done so well because she’s real”

You’ve stated in the past that your music is based on real experiences you’ve had. Do you ever worry about putting too much of yourself into your music?

“Not really, because when I’m writing a song I’m writing it because I need to get it out, and if I’m annoyed, for example with I Dare You, I just write without thinking. I don’t really think of the end goal of how people are going to receive it.

What would you like listeners to take away from the EP?

“I feel like all my songs are very honest, and I’m a person who feels emotions quite strongly, I feel a lot, and I was always a bit worried about why I cared about things more than everyone else, and I guess I just want to normalise people having emotions that scare them.

I want the EP to comfort and connect with people that are going through difficult emotions because everyone likes to sit back and reflect and ignore those emotions, so i guess I want people to feel and understand that other people have been there too, have felt those emotions too, and that they are not alone and to find comfort in that”

Etaoin plays Whelan's on November 24th 2021. Tickets to the show can be found here.