Havvk are leaving the last year firmly in their rear mirror, as they get ready to launch their latest album 'Levelling', this Wednesday (29th) in The Workman's Club.

Guitarist Matt Harris answers a few questions about the band over email in advance of the show. 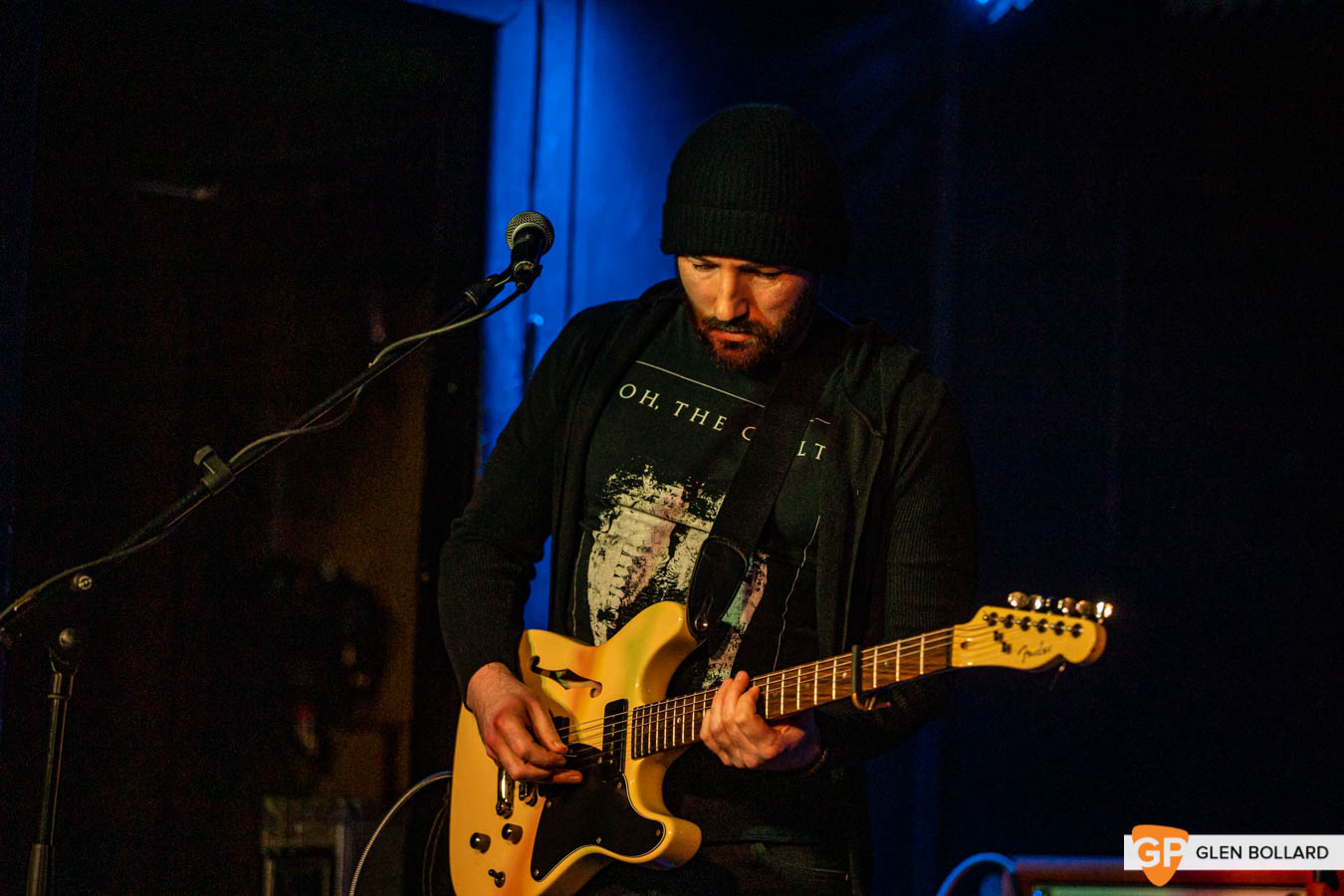 GP // You guys moved to Berlin for a long time before returning to Ireland. How beneficial was Berlin to Havvk achieving its creative goals?

Matt Harris: "We went from paying over €600 a month for a practice space that we could only get into on certain days to paying €100 for a space we could access almost every day of the month.

So we really were able to work on songs and the way things sounded without the pressure of having to squeeze everything in. This had much more of an impact on our first album 'Cause & Effect' which was all written in that studio space but certainly helped in terms of pushing the boundaries of what we could do."

GP // You just released your second album ‘Levelling’ - where did the name spring from?

"A lot of the album's themes were influenced by us making big decisions in our lives. There is an episode of Rick and Morty where there is a video game called ‘Roy’ that involves you living this guys life and making choices of whether to pursue a career in football, work in a carpet store and how much to commit to your family and so we always had the idea of levels of a video game in our head.

Then when we look at variations of the name - Levelling - had roots in slightly more pretentious places like Kierkegaard and Nihilism basically saying that life can chip away at you until all of the things that make you unique or have real meaning are gone… which is quite dark but felt appropriate at the time. So it is kind of a mix between a made up video game and the most depressing thoughts imaginable..." 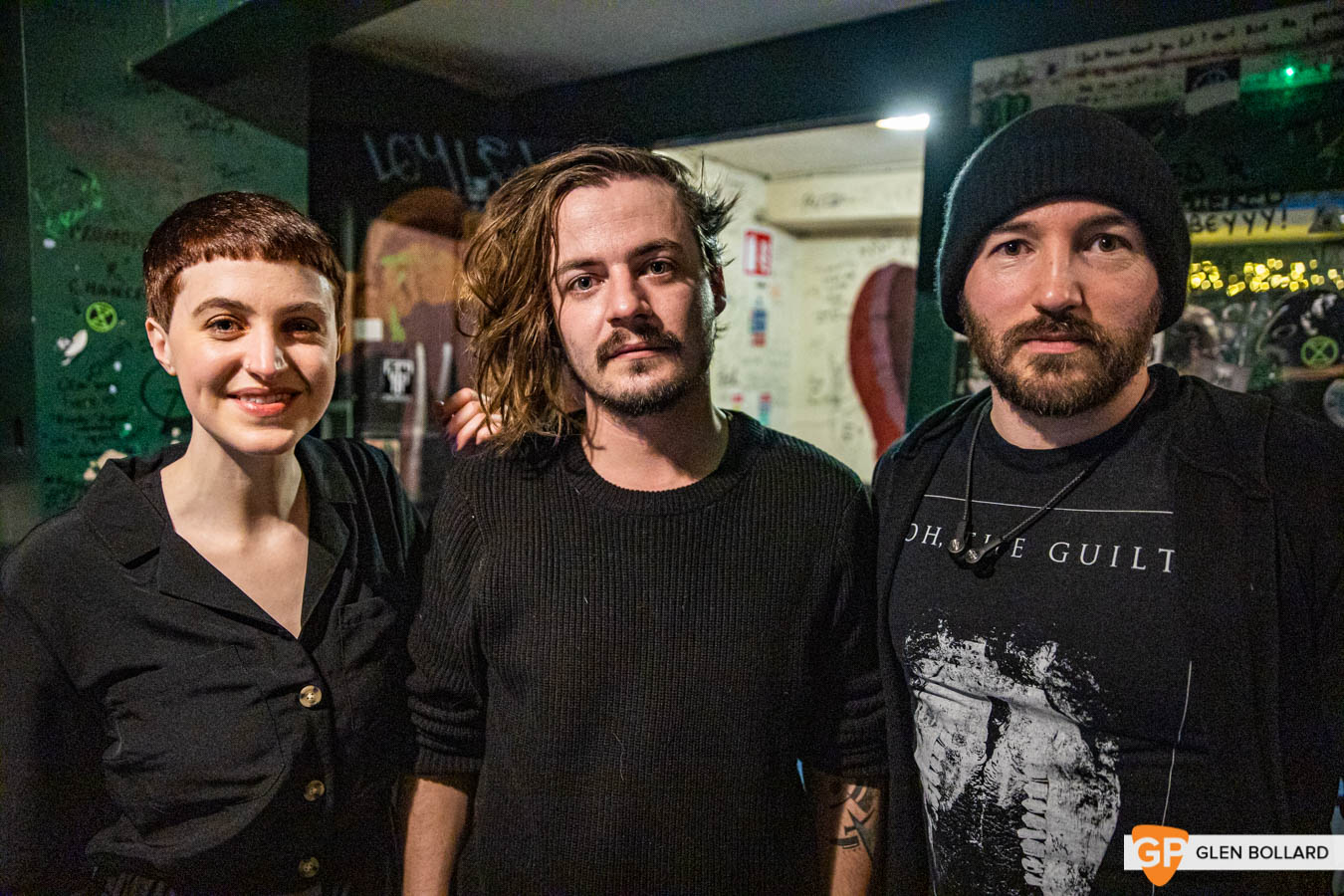 GP // What was your highlight of recording the record?

"For me it was hearing it for the first time with all the transitions and interludes built in. We’d recorded it all separately and heard bits and pieces of it together but lining it all up was really rewarding.

It had really only existed in our heads and we got to listen to the first rough mix driving back from Belfast just before the pandemic started and that will be a part of the process I’ll always remember well."

GP // One of the standout tracks on the album is Halfway Out, can you elaborate on the concept behind the song. Were Interpol a touchstone for that track?

"Yes - Interpol was one of the references we sent to Rocky when mixing. Julie and I went to see Interpol in London together when we were just getting started in the band and then also again they played Turn on the Bright Lights in full in Berlin when we were there and we got to see that.

The first two albums were big influences on both of us and sound wise we were keen to try and replicate some of that intensity. Some of the guitar parts and melodies are more twiddly and more us, but there’s definitely that drive that you hear on tracks like Obstacle One, PDA etc from TOTBL."

GP // The cover for the album is very striking. What's the meaning behind the image?

"We had an idea of a diamond shape that represented the broadening of choices from when you are very young to entering adulthood, then the narrowing when you have to commit to specific life choices as an adult going into later life.

Adding to that all the additional dimensions of your choices it felt like the red box was a really good symbol for that. We used it all our early music videos for the album and a lot of the press shots as well as it felt like a really good representation of the themes."

GP // You guys set up your own label Veta. Is it difficult balancing your own career with the careers of the other acts on your label?

"Yes - if there are motivated folks out there that want to work in music with nice people then we are always looking for help… so get in touch! It is incredibly rewarding though sharing in each others success and when things are tough you know that there are other artists that have your back."

GP // How important was it for you guys to have control and also give other acts a fair deal?

"Our major goal is to give the artists control of their own project. I personally feel like proximity is hugely important to understanding and empathising with other people and I feel like the world could do with a lot more of that.

Growing up most of the people I spent time with looked like me and our backgrounds weren’t hugely diverse compared to the people I’ve gone on to meet. I think this can lead to narrow mindsets and contributes to a lot of the conflict that you see socially and politically these days.

Art was a window for me to better understand people, cultures and issues that I would never have realised were out there when I was growing up and as an adult it has become a much more conscious choice for me to invest time in art that looks like it will help me to do that. If artists control more of what they make my hope is that you’re going to get a more genuine and broad canvas of projects that will help people understand other parts of society better and empathise with them.

It most likely won’t solve all problems but if it makes some difference, it is worthwhile."

GP // Did you guys make good use of the pandemic in terms of writing and recording music and working on the label?

"In a lot of ways not being able to play shows or rehearse was liberating for many of us. But it also came with challenges. A lot of our collaborators weren’t in our 5km radius so we needed to find ways to work remotely. We managed to adapt in most cases.

The challenge now is with all of the live shows starting to pick up again we need to fit that into busy schedules and adapt again. But it is a small price to pay for being able to share the songs with other people face to face (socially distanced, of course)"

GP // You recently joined other Irish acts to cover Nirvana’s Nevermind to celebrate its 30th anniversary. Why’d you choose the song that you covered?

"It took us a while to decide we wanted to do it… it is a very important album to a lot of people and we didn’t want to just show up and do an ‘ok job’. So we wanted to pick something we knew we could do well.

By the time we’d decided we would do it… most of the tracks had been snapped up and it was really only the biggies left like Smells Like Teen Spirit and Lithium. Lithium is one of Julie’s favourites and we messed with it for about 10 minutes and realised we thought we could do it well in our own way but not losing the bits that made the original so good. Hopefully we got close and don’t piss too many people off!"

GP // All monies raised from that event go to MASI is supporting MASI one of the reasons you got involved in the project?

"We’d already worked on a cover of one of our tracks Always the Same with Jess Kav where all proceeds went to MASI in the summer of 2019. It’s something that we are both always learning about. Particularly from my perspective being from the UK, Direct Provision was not something I knew much about when we moved here.

In general though all over the parts of the world I’ve been in, it seems obvious that more can be done to support people in incredibly difficult circumstances and so the event being linked to MASI is a huge positive."

GP // You’re launching your album in the Workman’s on the 29th. What have you got in store for people?

"It’s actually the first time we’ve played a headline show while living in Ireland… all other tracks have been tour dates or shows we’ve planned from afar. Since shows have come back we have been lucky to play a few so we are almost properly back in the grove of playing live. But… there will most likely be 3 slightly nervous people trying our best to nail tracks from the new album some of which we’ll be playing for the first time.

We have a couple of fun surprises in store thanks to our super awesome creative buddies and we are hoping it will be a good chance to celebrate with the people that helped bring it all to life and anyone who enjoyed the results!"