The last 3 or 4 years have been a whirlwind for singer songwriter Dermot Kennedy, who went from busking on the streets of Dublin to Taylor Swift’s Spotify playlist. He’s picked up 100 million streams on Spotify and a RTE Choice Music Prize 'Song of the Year' nomination along the way.

We caught up with Dermot backstage at the Olympia Theatre before the first of his two recent sold-out concerts to find out where it all went wrong. Looking back on his journey, how does Kennedy join up the dots?

“One of the best things I ever did was go busking on Christmas Eve. Glen Hansard was there doing his thing for the Simon Community and we played a few songs together. We kept in touch and I ended up playing Vicar St. with him. That felt like a big moment. Even to be able to play to that amount of people - it's a similar crowd to tonight.” 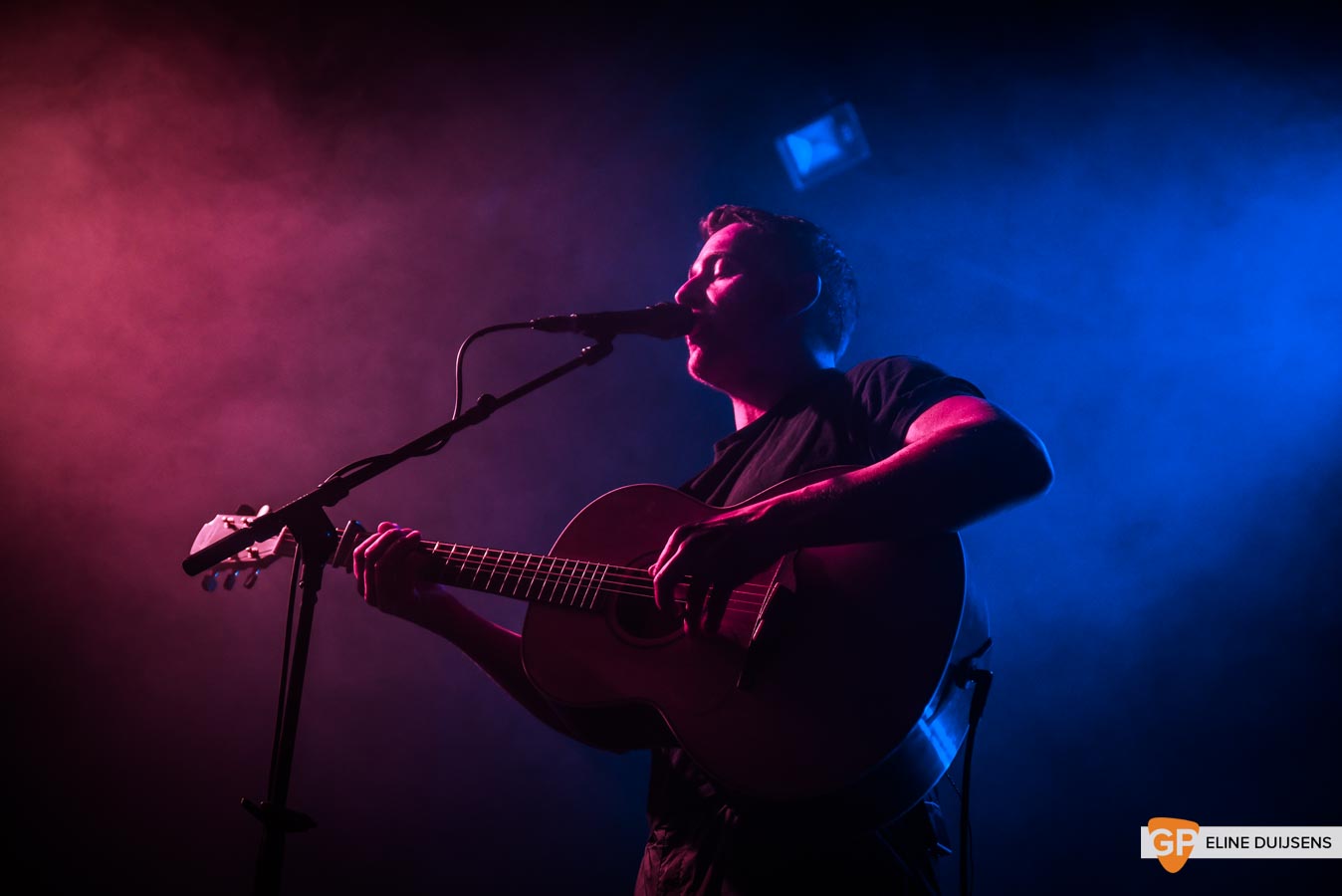 Moving further back, Kennedy believes that busking furnished him with the thick skin required to make it in the music industry.

“You develop this bedrock of...confidence is probably the wrong word, but you become a little bit tougher to people not thinking you're any good, it doesn't affect you any more. I'd love to get the stats on how many people walked passed versus how many stopped in a day. It's probably about 1%.”

As a teenager Kennedy was solely focused on music to the point that he wasn’t even going to bother applying for college after his Leaving Cert, such was his determination to succeed in the music industry. It's a move he now concedes was a dangerous one, but thankfully his mother had other ideas.

“I was watching the Champions League match and she was doing the CAO for me, because I didn't have any interest,” Kennedy tells us, explaining that his mother investigated all of the music courses in Ireland before eventually settling on Maynooth.  “I only put one course on the CAO and I ended up doing it. She registered it for me but I still had to do the entrance exam and the audition to get in.”

With the benefit of hindsite Kennedy is glad that his mother pestered him into taking on the music degree, though he admits he didn’t take to that brand of academia like a duck to water.

“It took me a while to realise it was going to be beneficial. It was a very classical course, there were classical pianists and people in orchestras so at the beginning I was thinking this isn't for me; this is a waste of time I want to go busking.

After a year I started to realise it's hugely beneficial to be around these people - the standard was so high in terms of musicianship, commitment and determination to learn. I never had any intention of doing classical music, but just to be around that calibre of musicians for a few years definitely raises your standards. It took me a while to wake up to that.”

Another major catalyst in Kennedy’s career, besides the old one-two of Glen Hansard and his mother, is Spotify. His phenomenal success on the streaming platform caught him completely by surprise.

"About two years ago I did a gig in London and in the Servant Jazz Quarters. It's tiny, 50 people maybe, and afterwards a couple of people came up to me and said 'we bought tickets because we heard your music on Spotify today'.” Curious as to why people were suddenly mentioning Spotify, Kennedy logged into his account and was greeted by a pleasant surprise. “I'd gotten 50,000 plays that day, having got maybe 40 the day.”

“Apparently it's an algorithmic thing,” he says, confessing that “I don't even know what I mean by that” before explaining that analytics had brought his song An Evening I'll Not Forget to the attention of Spotify, who then placed it on a playlist. Spotify subsequently examined his other output and decided that After Rain was a potential hit - “they ran a little mini campaign and spread it to the US.”

Perhaps it was the algorithm, Kennedy isn’t quite sure, but somehow Taylor Swift discovered his music on Spotify and added one of his songs to her personal playlist

“I don't know how that works,” exclaims Kennedy at the mention of Swift. “It's cool; there was tonnes of other music I'm into in there - Volcano Choir, Bon Ivor. It got that song a tonne of plays." 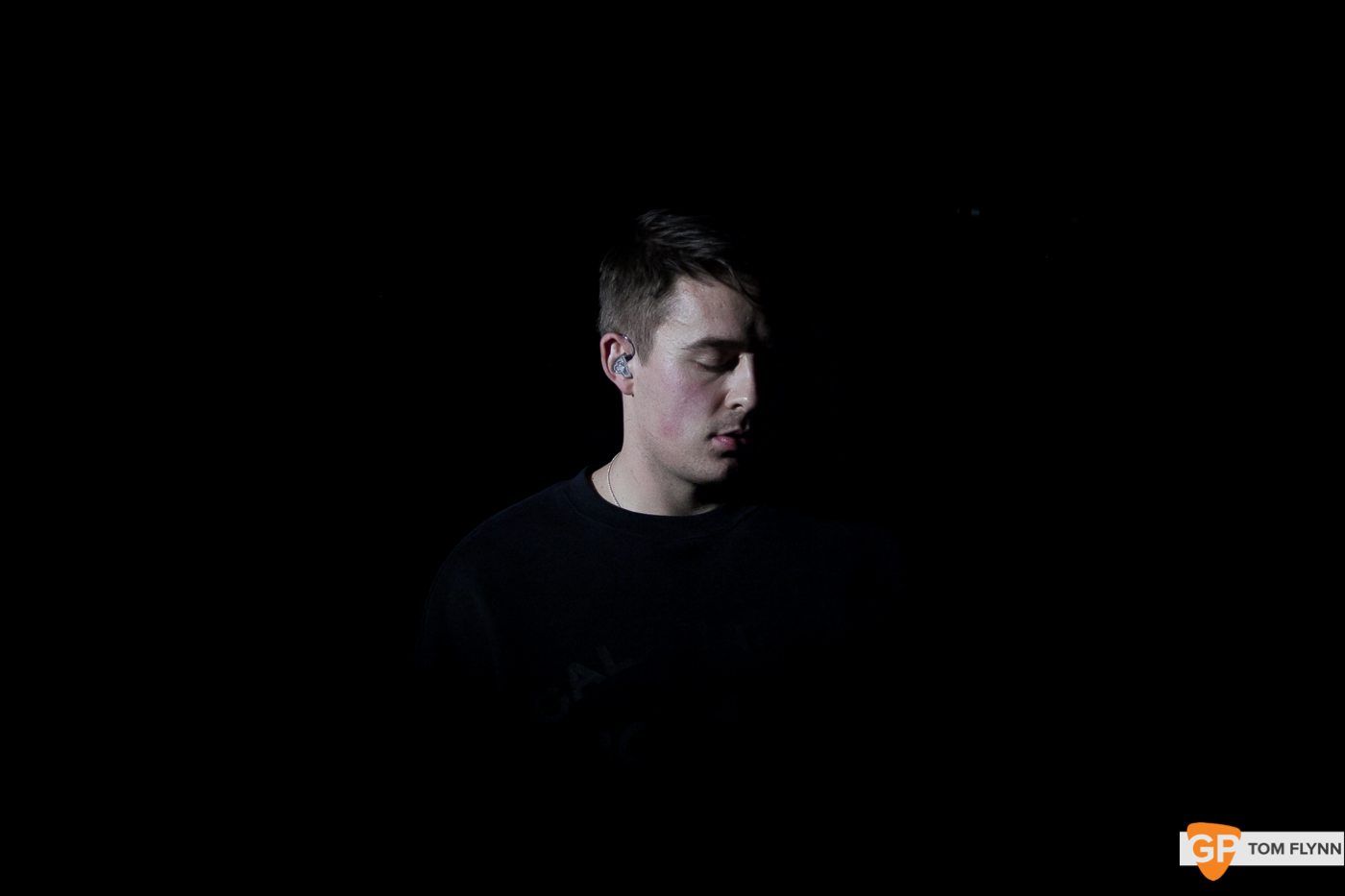 Kennedy informs us that as of yesterday his songs have been streamed over 100 million times. “It's nuts. I'm very thankful - it means I can go and do a tour in America.” However, Kennedy is wary of getting too caught up in the numbers. “You don't want to put too much importance on it. You shouldn't let it affect you.” He explains that the song Taylor Swift playlisted was the one with the least plays at the time. “If you were to take that to heart you'd be like, 'alright that's not a great song then', but she posts it and it gets a million streams and people are into it”

In recent times there has been a clear shift in Kennedy’s output towards a more contemporary hip hop sound. It’s a move which to some extents even surprised Kennedy.

“I always planned on doing acoustic stuff I was in a band (Shadows and Dust) and we broke up and I started busking. So I saw myself continuing in that way, the end goal was theatres like tonight with an acoustic show, but I've always listened to tonnes of hip hop. I was in a session with Carey Willetts and we had this pretty rhythmic guitar part, and he put a really heavily programmed beat into it. It just felt so good, and that was the catalyst for the sound changing and it became what it is now over time.

I think what happened was I'd kind of fucked it up in studios when I was younger and I was really determined to do the acoustic thing. I think that session with Carey freed me up enough to realise that you can push it and still get that intimate acoustic feeling “

Lyrically Kennedy’s output mines quite deep into his psyche, and this aspect of his art is obviously as important as the sonic elements. Kennedy agrees but notes, “I'm shit at reading these days.”

“I think my main source of inspiration in terms of writing is Def Poetry,” the US TV show fronted by legendary hip hop artist Mos Def. “The more famous people that did it are Kanye West, John Legend, but it's the ones that you wouldn't have heard of who are the best. They really are modern day poets.”

When you're on tour you'd almost need to kick yourself to read a book. I need to get back into the habit, but if anything what I'm most comfortable with is the lyrics and the part that's developing most is the music, so I feel that's the place I need to make up the most ground. I'm listening to lots of music. I'm trying to ingest creativity that way.” 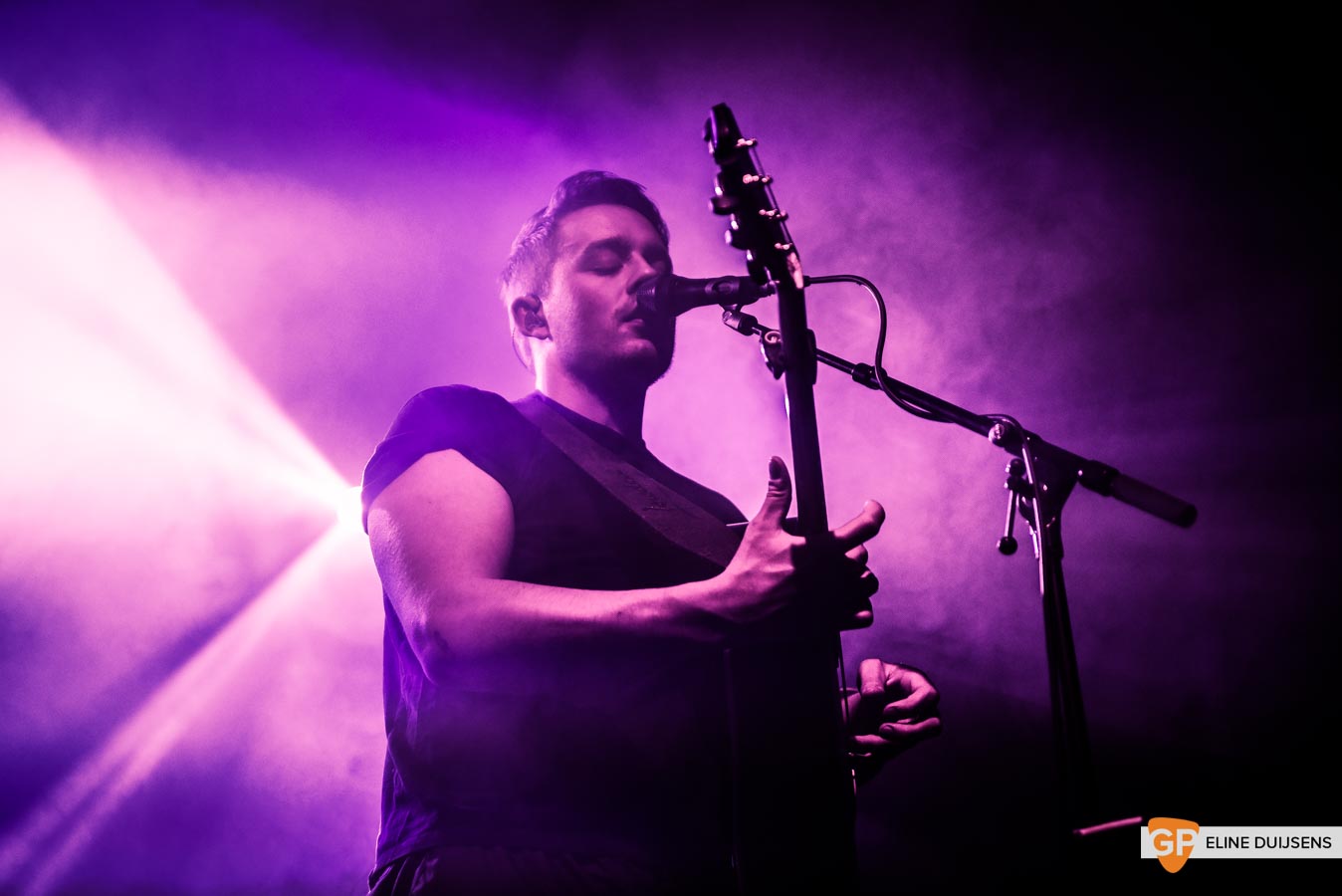 “We are basically gathering songs,” says Kennedy at the mention of an album. “I always pictured myself as the person who said 'here are my ten songs' but I've been writing so much I'm at a point where there's probably 40 to 50 songs.”

We've talked about certain songs that would make the cut if it was gonna be a mix of things, but for now I'm just concentrating on doing brand new things. I'm always trying to remind myself that the reason I started playing was because of David Gray and Glen Hansard...acoustic guys. I never want to leave that behind so I do wanna bring songs from before in, but also I don't want anybody who gets it [the album[ to feel hard done by."

We need to get an album done by the end of the year so for the very first time I'm kind of working to deadlines, not that they're strict but that's the way it is and that's the kind of way I want it to be. I feel like it would be easy if there was a lot of pressure and it wasn't going well to just throw the stuff from before in.”

As someone who spends so much time out of Ireland he says it’s lovely to come home and see “people making art for art’s sake,” singling out tonight’s support act, David Keenan. “For the first time I have a support act who I'm genuinely excited to go and listen to. I'll be beside the stage. You can just tell he's in it for the right reasons. I'm not saying people in the UK or the US aren't. I just feel like we do art properly here.”

Dermot Kennedy expects his debut album to drop early 2019, but plans to release lots of music in 2018.