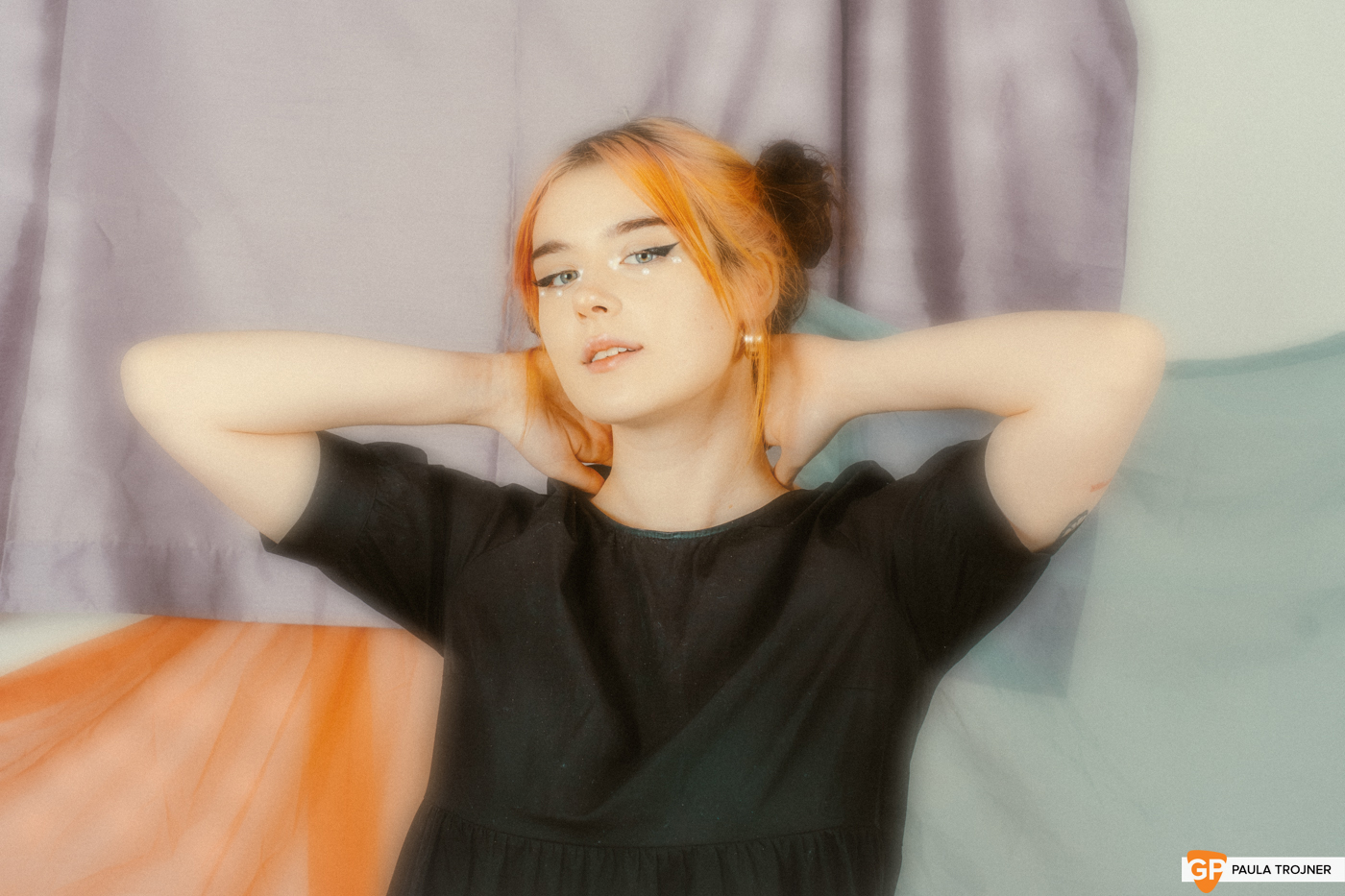 2019 was a whirlwind year for many in the Irish music industry. There were reunions and resurgences, sell-outs and sell-outs, break-ups and break-outs. April Lawlor falls under that last category, in fact, she probably leads the way in that sense. First uploading one of her own songs on March 22nd, it took two days for recognition to start pouring in, led by one of Ireland’s more influential social media personalities, himself from Rubberbandits, Mr. Blindboy Boatclub.

When sharing a link to her song, the Limerick man tweeted “More unreal underground Irish talent. From Kildare. Gus Dapperton and Clairo vibes. I’ve had her Soundcloud on repeat listens all day. The standard of some of the songs is insane. I’ll eat my hat if she’s not massive in a year.” Someone get that man a job in A&R.

“Yeah, I owe it to him I think. He really bigged up those early songs, it was great,” April enthuses somewhat self-deprecatingly. Let’s not beat around the bush here though, April’s success so far is all down to her ability to not only pen but also self-produce some of the best lo-fi pop to come out of Ireland in recent memory. The music brings the plaudits, not the other way around.

"I started posting songs in March and then instantly things started taking off. However, I still had to go to college for another two months so it wasn't until the end of summer that I was like 'God this is what I really want to do. I want to make a living out of this'.

“Then, after I went on that tour around Europe in November, I came home and knew that this was all I wanted to do. That really settled it for me.” 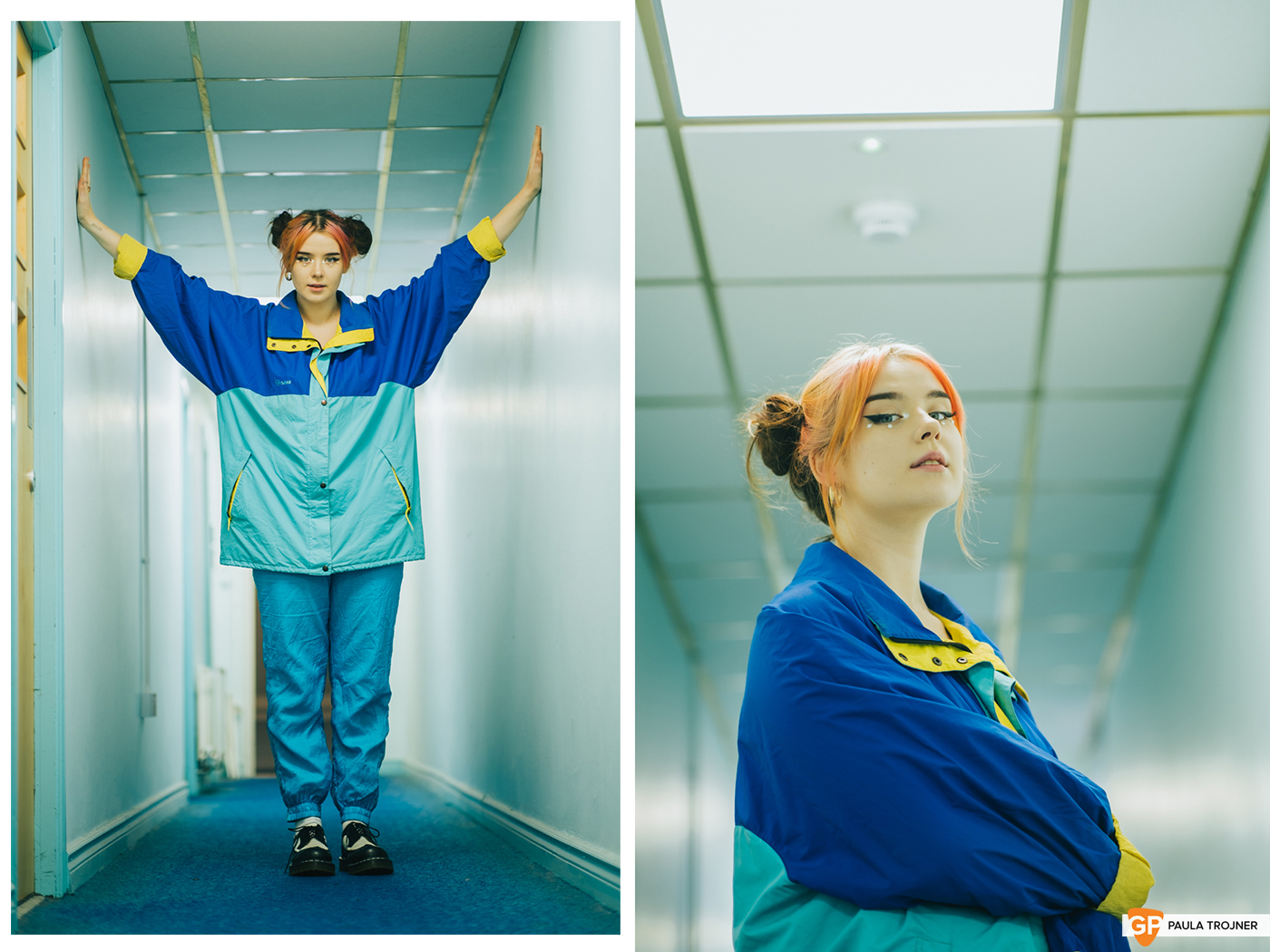 April is one of a number of upcoming Irish artists who are self-taught and gained a following through bedroom-produced tunes, but how did it all begin for her?

"I had always been writing since I was a child and my dad wrote songs so I grew up around music. I made some stuff when I was younger but I always thought making music was just a silly hobby and could never be taken seriously, it seemed like an impossible thing to do.

"I think when I found artists that were making beats and stuff at home and just posting it online, it was like the coolest thing ever. I started making stuff on GarageBand or writing songs over beats on YouTube and putting them on SoundCloud without even thinking. I think that's a really important part of it for anyone who wants to start making music, don’t be so over critical at the start and just have fun."

Earlier in 2019, April made the unusual decision to take down the only song she had posted to Spotify. A brave move when your name is beginning to spread through the industry, but April insists it was important for her to do so ahead of the release of her debut EP next year.

“I wanted to take that song down, ‘cause I don’t like it anymore. I’m proud of it but you know how it can be. I wanted to change up my style a little bit. I wanted to start clean.” 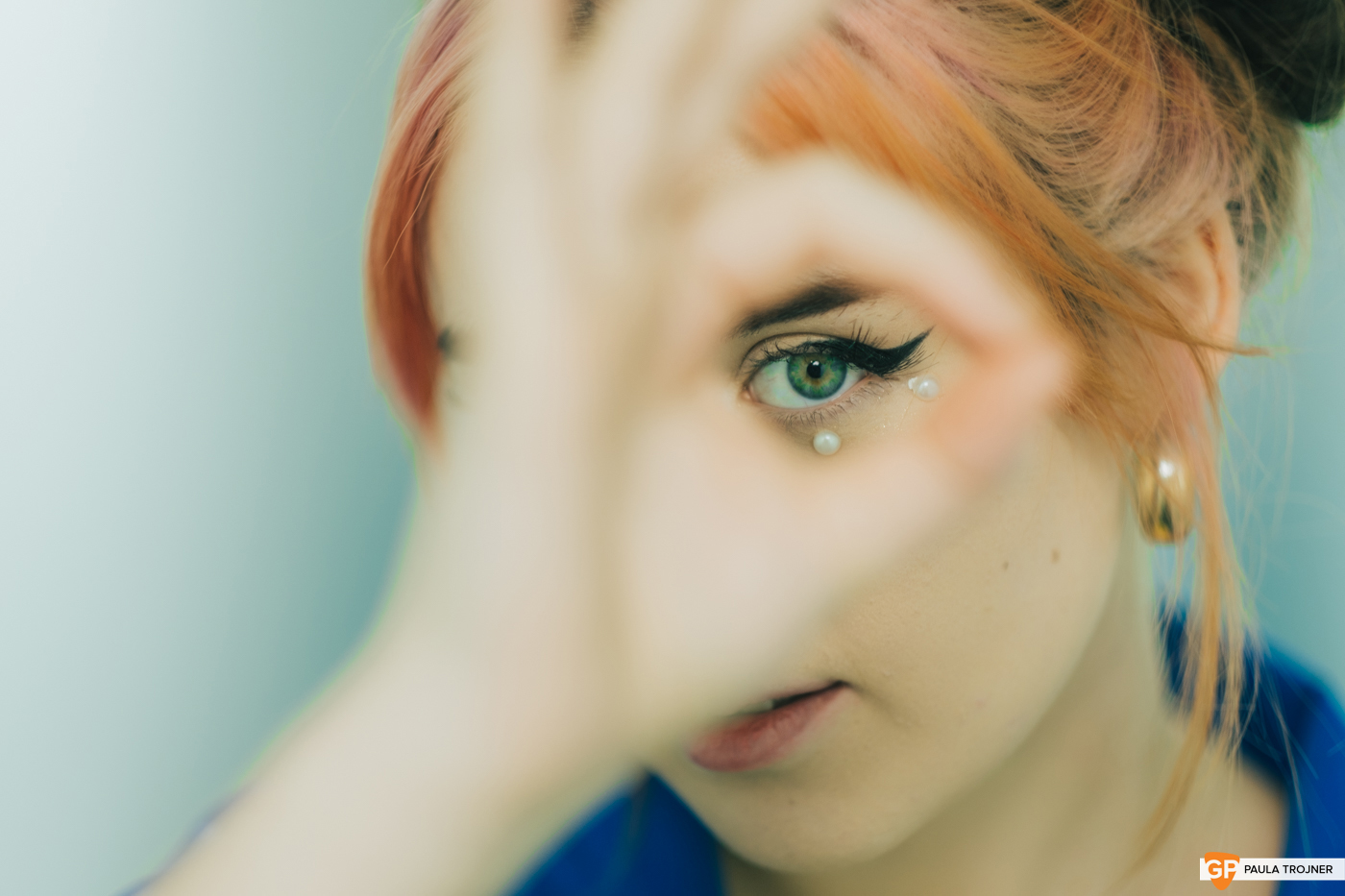 Pushing for more details on the debut release, April doesn’t want to give too much away but the excitement in her voice is hard to disguise.

“We’re going to release music this year. Soon, hopefully February. I’m beyond excited! It’s music that I’ve been working on for a long time. I’ve played them at a few shows so far and the reaction has been great. I’ve been posting snippets online but I can’t wait for people to hear them in full ‘cause I’m really proud of them.

“They’re all love songs, like most songs are. Oh God, that sounds basic as can be! I think my songs are usually quite sweet-sounding but with a darker undertone. Heartbreak but in a nice way, if that makes sense?”

We ask if love songs are an intentional aim when she sits down to write or are they just what flows out in the moment?

“It’s just what happens, yeah. Sometimes I think ‘Let’s write something political today’ but it doesn’t really work. It was coming across a bit fake. So I won’t do that again!

“As long as I’m making music that makes me happy, that’s the most important thing. Sometimes I think ‘Oh, I better write a fast pop song that will sell’ but that’s not really me, it wouldn’t make me happy. The artists that I love are never mainstream chart artists.” 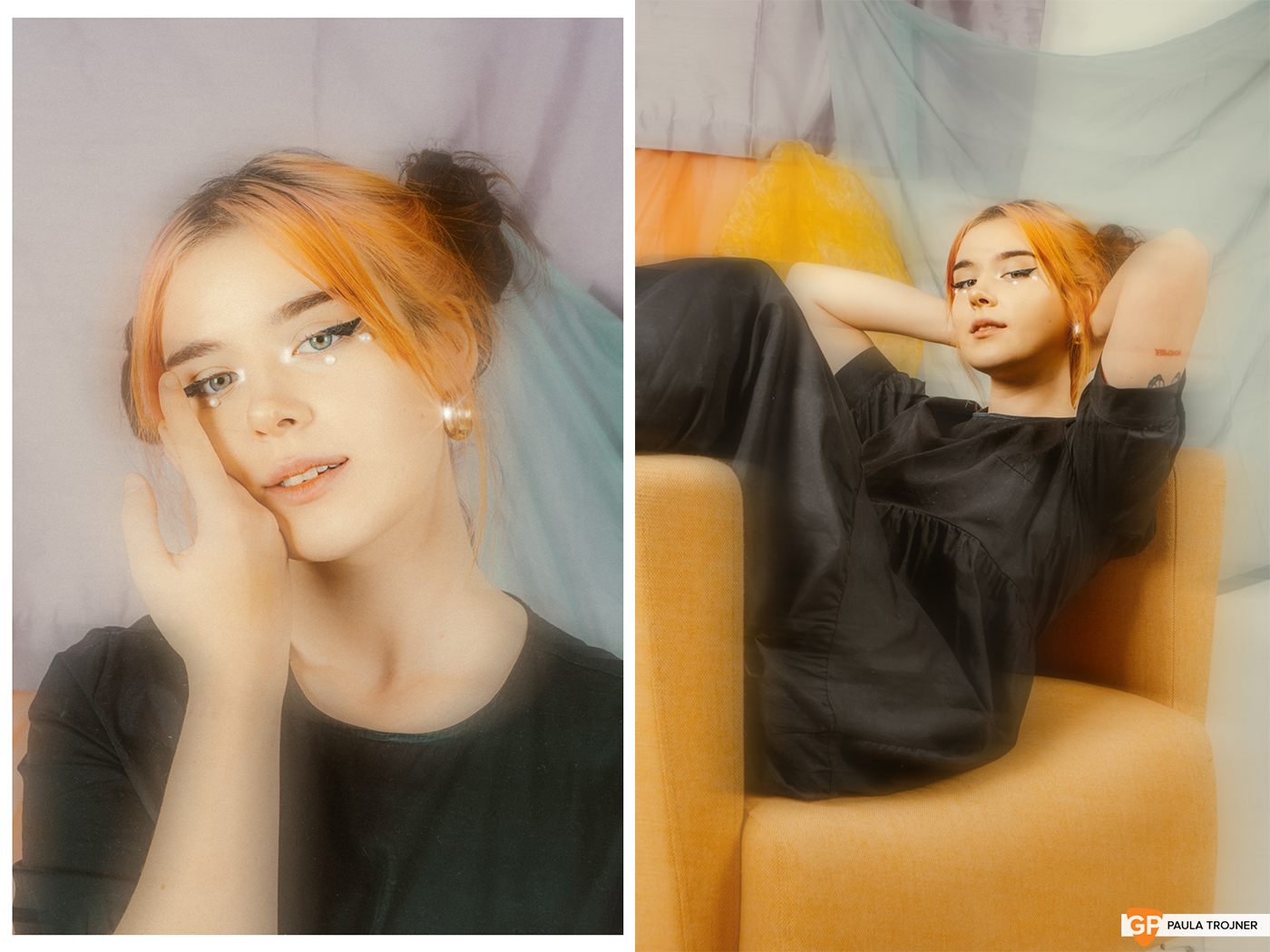 Pushed on who those artists are, April says; “Joy Crookes is my favourite right now. She’s insane, she’s a huge inspiration. Biig Piig is another big inspiration of mine. Clairo, who’s huge now, is amazing.”

Of course, Blindboy isn’t the only high-profile vocal supporter of April’s music so far. Soft Boy superstar Kojaque was also an early fan (see if you can find his comment on one of her tunes on Soundcloud). Seeing this set tongues wagging at GP HQ, with the possibility of a collaboration between the two immediately added to our 2020 wishlist.

“YES! I love them,” she interjects halfway through a question about the Soft Boy lads. “I mean, I was a fan originally. We started talking when I started putting out music and they said they loved what I was doing. Kojaque and Kean [Kavanagh] are my favourites in Ireland. I’d love to work with them this year.”

Catching the hint dropped in that last sentence, we had to ask for more details.

“Kean and I have been working on something for a while and yeah, Kojaque and I will definitely do something.” We’ll be firmly watching that space.

With so many people reaching out to praise her music so soon, there’s always a chance that a rise to fame can happen too rapidly so it’s refreshing to hear that it wasn’t until almost November that April was totally sure that music was something that she wanted to do full time. 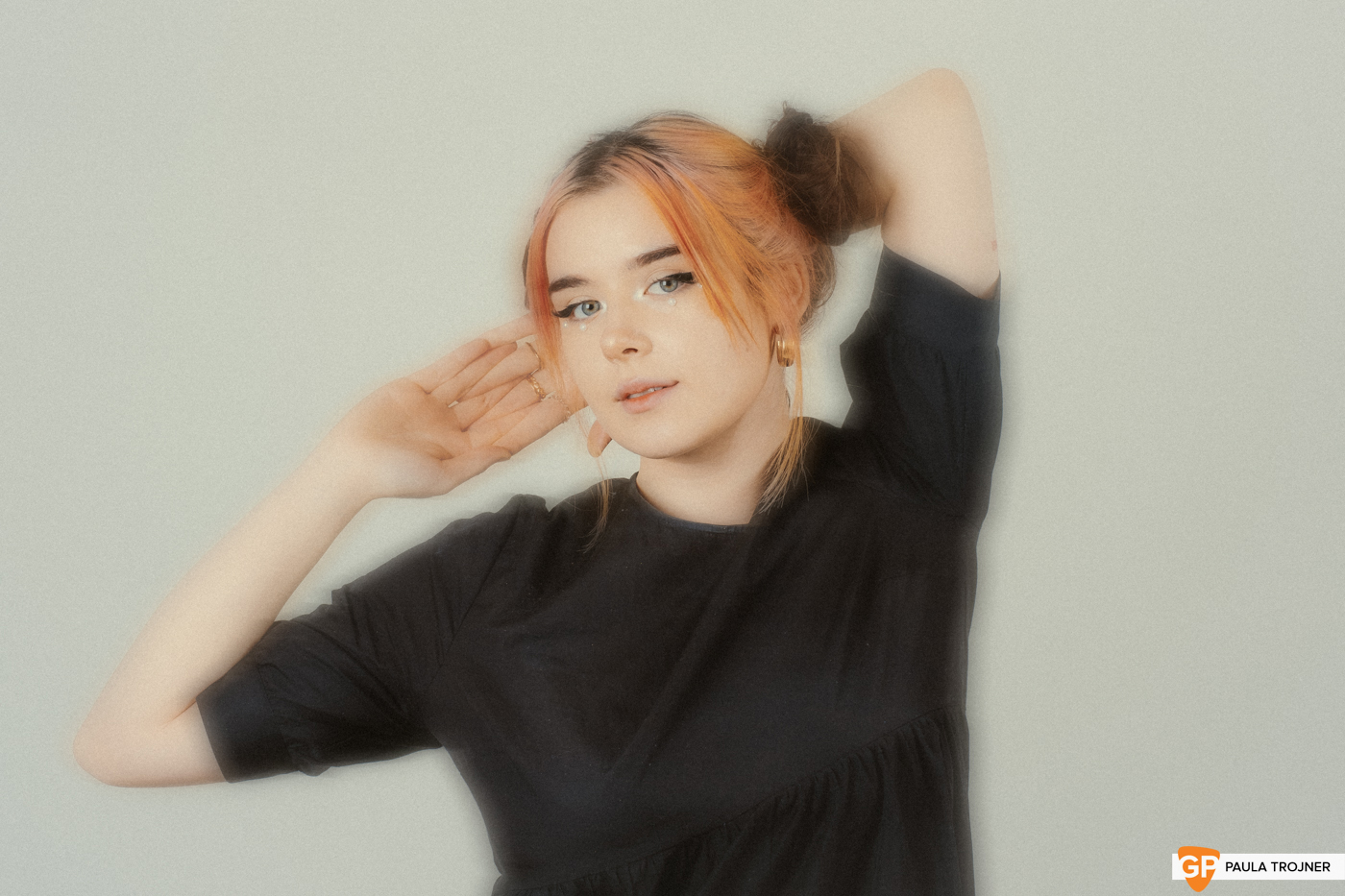 In November, April toured Europe with American singer/songwriter Alec Benjamin, who boasts 14.5m monthly listeners on Spotify. Being suddenly thrust in front of huge audiences in some of Europe’s most-famous venues would be a daunting task for anyone, let alone for someone who is yet to play their own headline show.

"I got really, really lucky. It was amazing. The first night in London was insane, and Dublin of course. To play the Olympia was crazy. To think of everyone who had stood on those stages before was amazing, although daunting."

For anyone who has been lucky enough to catch a rare April live performance, they’ll have noticed that she’s quite demure on stage.  While she admits that she is guilty of perhaps not engaging as much as one would expect, the tour with Alec Benjamin has given her a new-found self-confidence on stage.

"It has gotten so much better. For the first few shows [of the European tour] I was terrified, but by the end, it was an exciting feeling. Still nervous, but so exciting. After some of those shows, people would come up to me and say how much they loved that I was so shy on stage, which came as a bit of a surprise.”

Usually, a musician being quiet on stage wouldn’t be something worth discussing, as everyone has their own approach, however, the strength of April’s social media output, particularly her often-hilarious Instagram, makes it a worthwhile line of questioning. She is self-assured, sarcastic and specialises in the art of self-promotion. 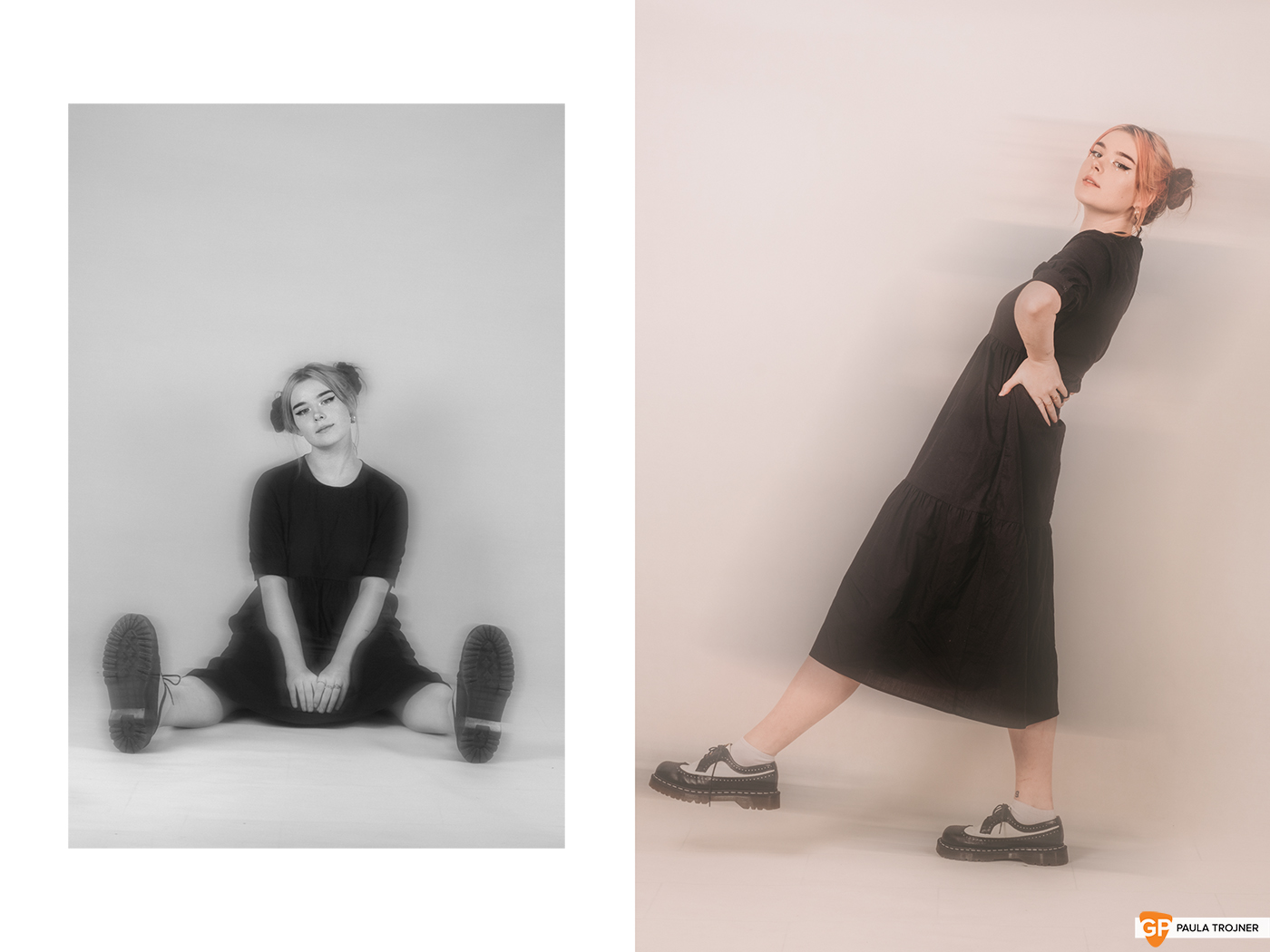 We ask her how important it is to her now that she has managers and agents looking after her that she maintains control over what she is and isn’t allowed post online.

“That’s such a huge thing yeah, absolutely! It’s so important to me. A lot of the artists I love, that’s why I love them. Kojaque is hilarious, Joy Crookes is so herself and Tyler, The Creator is so funny. I like when people are not industry plants, you know? It’s really important.”

"Tyler The Creator though, he's my number one... I'll work with him one day."

It's clear that April knows exactly what she wants to achieve in her career and how she's going to do it. With new music on the horizon in 2020 and established artists lining up to endorse her, we wouldn’t bet against April realising all of her ambitions in the future.