Every year the GoldenPlec community of writers and photographers get together for a big old natter about which artists we expect to explode on the music scene in the year ahead. The discussion always provokes a heated debate, general bickering and communal agreements. To complement our ‘Best of 2013′ feature, we have selected our ‘Plec Picks’ for 2014. The list encompasses a wide range of artists, highlighting some of the best bands and solo artists currently active in Ireland. We had the pleasure of conducting interviews and photo shoots with all acts on this list and we are proud to present the final result. 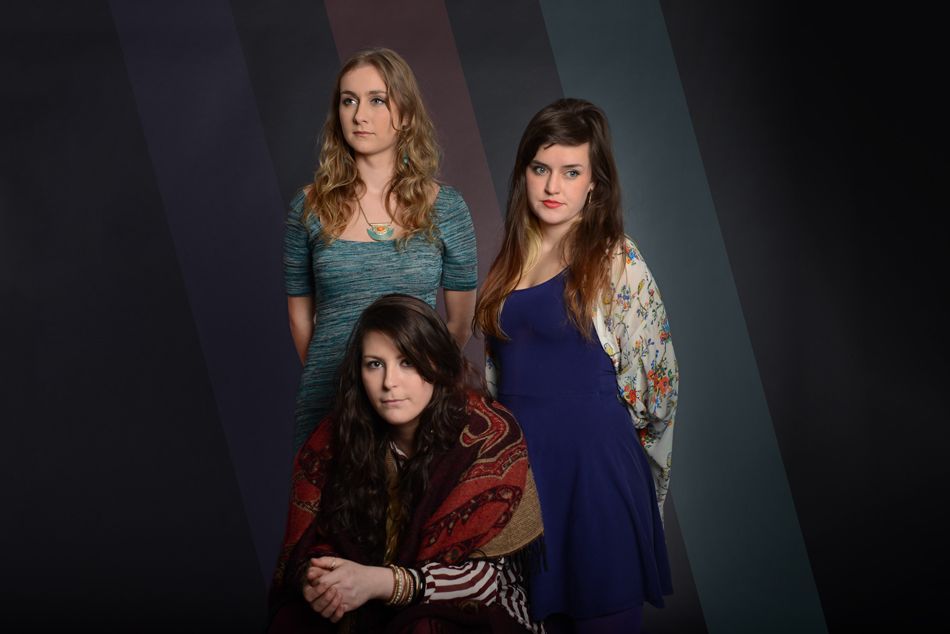 Karen, Caoimhe and Saoirse, collectively known as Wyvern Lingo have steadily attracted attention over the last few years. The band have captivated audiences at festivals such as Electric Picnic, Knockanstockan and See|Hear; prompting positive reviews to spread like Chinese whispers. Their spine-tingling harmonies, honest lyrics and catchy melodies are memorable, striking and at times haunting. If you have not yet heard their music, expect a fusion of pop, folk and rock; driven by keys, cajón and guitars.

Wyvern Lingo spent the majority of 2013 writing, recording new material and performing with other acts. You may have seen band members perform with groups such as Trinity Orchestra, Hozier, Zaska and the Andrew Sisters. However, with an EP due to be released in the coming months; the focus for 2014 will be on establishing Wyvern Lingo as the main attraction that they deserve to be. With a wealth of experience under their collective-belts, these three ladies are on the rise, and we recommend catching them in a small, intimate venue while you still can.

What is the thing you are looking forward to most in 2014?

Are you planning to release an EP/Album this year?

Well, we have spent the last six-months working on recording old and new material. We are currently planning some sort of release that we hope to execute before the summer.

Yes, we are getting a video together at the moment!

No fixed dates yet, but we fully intend to gig as much as possible this summer. We are also looking forward to the summer festivals! 2013 was largely spent writing and in the studio, so 2014 is all about releasing and performing for us.

That’s a tough one, that is some list! We’d bet on Little Green Cars though, or Villagers, they are both great albums.

Wyvern Lingo of course! Only messing, we think Hozier is going to achieve great things this year. He’s some man. Also, The Eskies are due to release something this year, and we think it’s going to be deadly.

Is it difficult to make time for all the projects you’re involved in? Do these external projects ever influence the sound of Wyvern Lingo?

Bloody heck. We think it’s a yes to all of those. It IS difficult to make time for everything. Some of us are still in college too. We think exposure to other musical projects is always a plus, it gives insights into different ways of doing things, also in our opinion, the more different styles of music you can learn; the better a musician you are. For example, Caoimhe is in an Andrew Sisters group and Karen does a fair bit of jazz and funk sort of stuff. We don’t know if these styles have been assimilated into Wyvern Lingo but being involved in other projects has certainly helped improve and motivate us. Caoimhe and Karen were also doing some backing vocals for Hozier, and that was a great experience-seeing first-hand how he does what he does was really interesting.

Wyvern Lingo previously arranged sections for string players. Anything like this planned for the future?

It began as an element that we were incorporating for the recordings we were working on, and then we started to include them at gigs as well. It’s really fun to vary the live show, because sometimes we play just as a three-piece, other times with bass as a four-piece and now for particularly big shows we had a cellist and violinist if it’s feasible. To answer your question, it will definitely be heard on the recordings, and in some live shows. 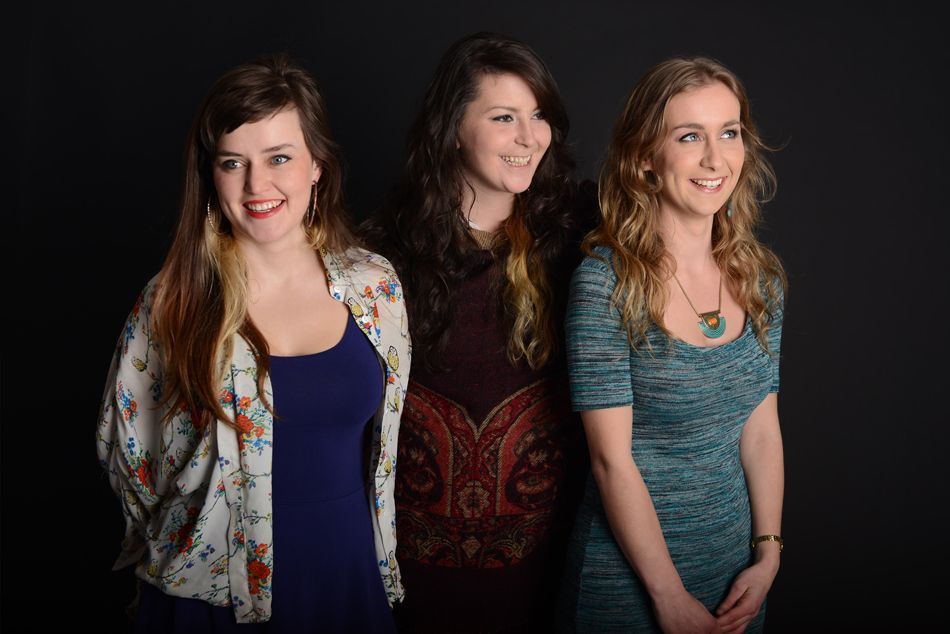