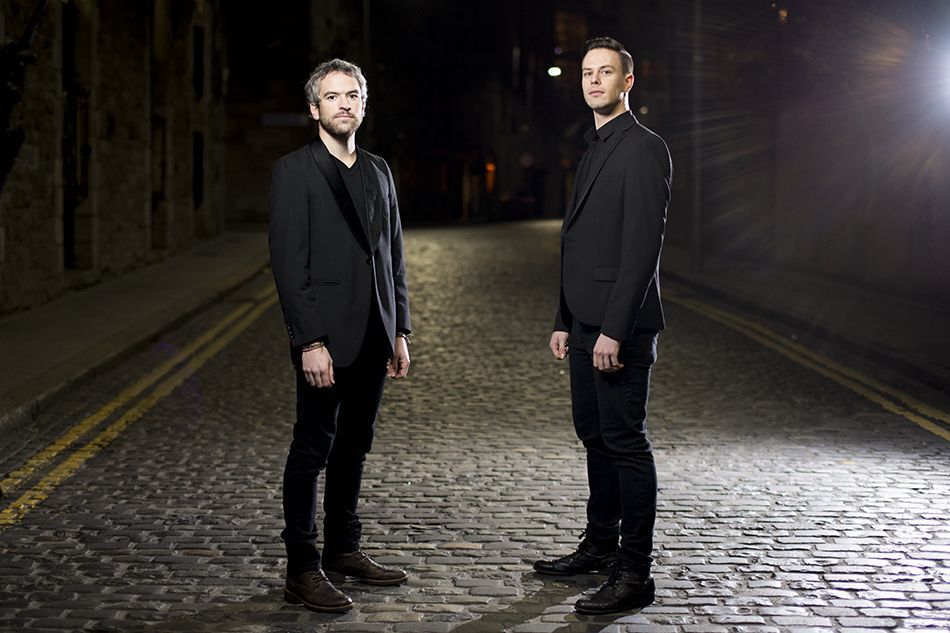 Every year the GoldenPlec community of writers and photographers get together for a big old natter about which artists we expect to explode on the music scene in the year ahead. The discussion always provokes a heated debate, general bickering and communal agreements. To complement our ‘Best of 2013′ feature, we have selected our ‘Plec Picks’ for 2014. The list encompasses a wide range of artists, highlighting some of the best bands and solo artists currently active in Ireland. We had the pleasure of conducting interviews and photo shoots with all acts on this list and we are proud to present the final result.

Welcome to the last installment of our Plec Picks for 2014. In this series, we have brought you some new artists that will feature predominantly in the Irish music scene over the course of the year, and also established artists that we expect big things from in 2014. With our last Plec Picks, we bring you a GP exclusive and look forward to 2014 for Squareyes.

Ross Fortune (aka Benny Smiles) has now teamed up with Colm Costello to become Squareyes; an exciting electronic duo that are sure to burst on to the scene in 2014. Having worked together on records like Midnight, under the Benny Smiles moniker, this duo have already proven that their brand of eletronic-dance-pop fusion is something that we most certainly want to hear.

Taking all the excitement that we felt for Benny Smiles and adding another creative force is something that we are really excited to witness. With an album on the way, Squareyes now sit comfortably within our Plec Picks list for 2014.

Benny Smiles is now becoming Squareyes? What brought this about?

After two years of exploring the Amazon jungle, my old collaborator Colm Costello has returned to Dublin. We began working together in 2010 (during which time we wrote ‘Moonlight’, which was released under the Benny Smiles moniker), but our collaboration was interrupted when Colm bought a plane ticket to South America. We didn’t see each other again until the end of 2013. During that time, I kept working ahead by myself, doing gigs and producing here in Ireland, while Colm learned to play the mandolin and wrote a notebook full of songs in the jungle. When he got back home, he sent me eight barely intelligible recordings made on a pre-smartphone Nokia. I started producing tracks for them straight away, and we took it from there. We played our first gig together to a packed house at the Button Factory before Christmas, and it felt fantastic. Doing a one man show is an interesting challenge, but it’s a lonely business, and having someone up there to buzz off is so much more fun.

So what are the big changes that we can expect?

There are some changes in the pipeline. First and foremost, we’re going under a new name: Squareyes. Even though some of the tracks performed under the Benny Smiles moniker were written together, that name has come to be associated with my one-man act, and we want to make it known that Squareyes is a full-on collaboration. Benny Smiles will continue, but right now I’m focusing my energy on Squareyes. So we’re working with new management, and we’re in the process of designing a whole new Squareyes stage show right now. I can’t want to give too much away about that, but I can say that we’re taking inspiration from performers like David Byrne, we’re working with artists on visuals (we’re still on the lookout for talented visual folk, so do get in touch), and we’re really looking forward to getting it on the road.

Are you planning to release anything this year?

Yes, there’s a single on the way that we can’t wait to show everyone. At the rate we’re working, there could well be more in the not too distant future. We’ve become very intensely productive, writing at least one song a day, and producing several demos a week.

We have a number of songs jostling for single position. We’re going to throw them all into a box, leave them there to fight it out, and the one to make it out alive will be the one to get the video. 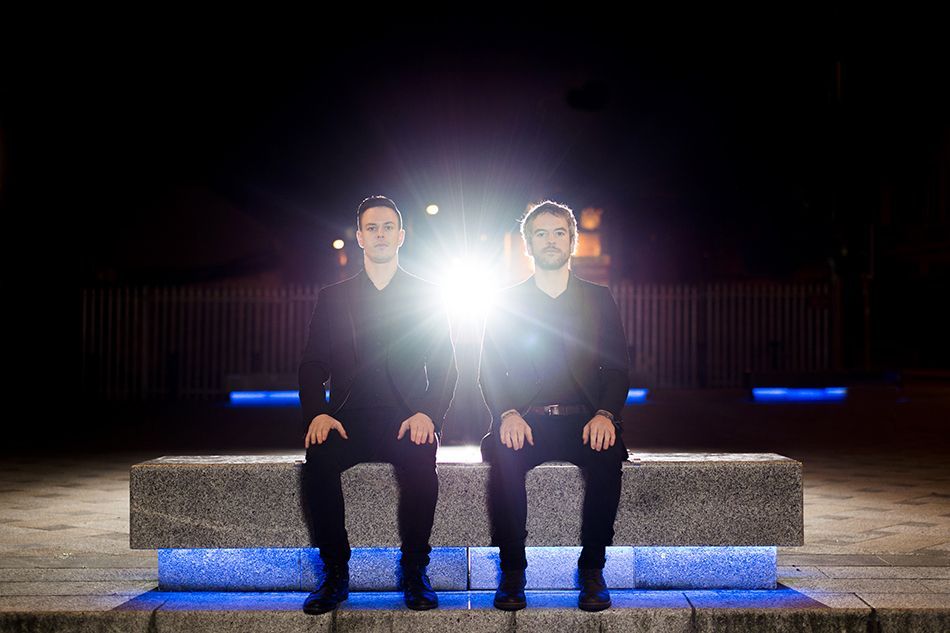 What are you looking forward to most in 2014?

I’m really looking forward to festival season rolling around again. For a start, I’m partial to a bit of sun, but it’s also the time when we get to go out and show everyone what we’ve been working on in our cave all winter. We already have a shed load of songs we can’t wait to unleash, and our new set is full of dancers. Around that time too, there will be a pretty big video game release that features a Benny Smiles track, but I have to keep my mouth shut about the details. In the short term, we’re looking forward to playing our first official gig as Squareyes – it’s a free show at the Twisted Pepper on Tuesday February 18th, with support from the awesome Carriages (see info here).

We haven’t set a date for the single release, but we’ll be taking it around the country with us when it’s ready. Outside of Ireland, no plans just yet. If anybody is reading this in a warm country, please get in touch and we will come and visit you.

That’s a toughy. I understand My Bloody Valentine and Villagers are favourites, but I’d like to see Little Green Cars take it.

I think Hozier is destined for big things. I caught his show at HWCH ’13 and he was superb, his voice is as strong as his songwriting and his presence was at once confident and humble. I’m going to say VANN MUSIC too, but as a member of the band, I’m a little biased on that one.

So 2014 is very much the year for Squareyes?

Yes, this year we’re going full throttle. We feel very inspired and we’re bursting with energy to do great things. 2014 is definitely going to be a big year for Squareyes. 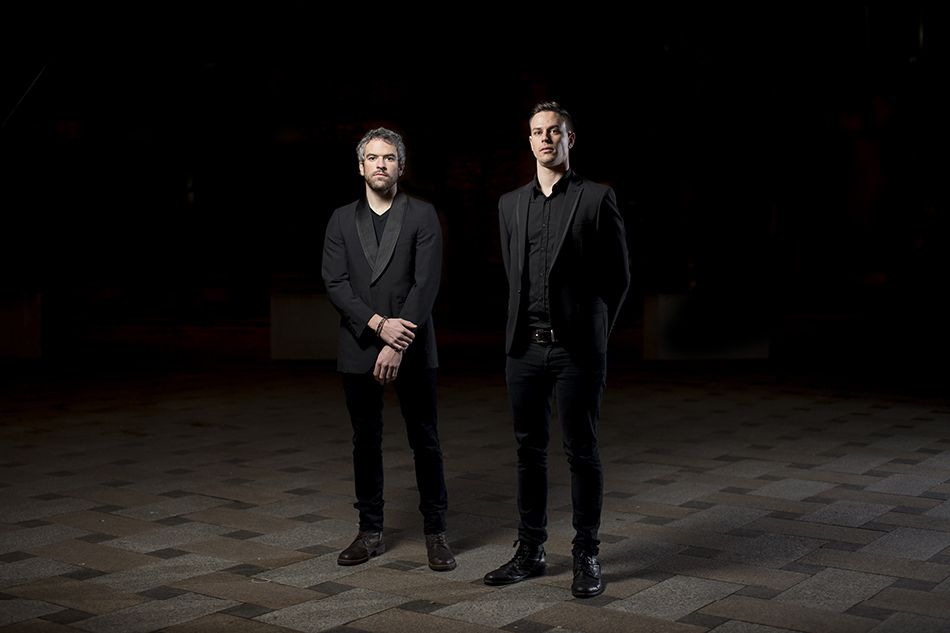