Irish National Opera at the Gaiety Theatre, Dublin, on 7 November 2021

In the last 20 months, Irish National Opera has weathered the pandemic by transforming itself, fast becoming all about live-streaming and pre-recording, taking work outdoors and into virtual media. So, it is with excitement – and some trepidation – that we find ourselves gathering at that most venerable of Dublin venues, the Gaiety Theatre, to see an actual staging, with live singers and an orchestra.

Beethoven’s liberation opera ‘Fidelio’ is an appropriate choice. A work associated in the German tradition with re-dedication and new beginnings (often programmed in the 1940s and 50s as bombed-out theatres were restored and reopened), the idea of emerging from darkness into new light and freedom is an easy one to relate to right now, while this opera offers a powerful political message at any time.

That’s not to say this is an easy work to produce. Beethoven’s vocal writing is demanding, while the unevenly-written libretto, veering from light romantic comedy to intense drama, risks stretching credibility. Seeking to bring Parisian revolutionary opera to the Viennese stage, Beethoven’s musical drama has all the raw bluntness of folk theatre. An unlikely love-triangle between prison guards sets the scene for a demonstration of the power of love against seemingly impossible odds.

As the ‘male’ title character (before long revealed as the female Leonora, undercover freedom-fighter), soprano Sinéad Campbell Wallace returns to this stage in brilliant form. Always an arresting figure in performance, and a marvellous singer, she inhabits this role with riveting intensity and focus, her voice vibrant and true. Is there no limit to what she can do? This is very much an ensemble work, however, and what she achieves is well-matched by the company around her. With bass Daniel Sumegi (Rocco), tenor Dean Power (Jaquino), and soprano Kelli-Ann Masterson (Marzelline), they form the loyal gang of prison warders (the quartet ‘Mir ist so wunderbar’ is an early highlight, exquisitely sung). The story soon expands to include corrupt prison governor Don Pizarro (baritone Brian Mulligan) and the political prisoner – and Leonora’s husband – Florestan (tenor Robert Murray). It is hard to single out any one of these singers, and to hear live singing of this quality in a theatre after such a long time is a powerful experience.

The directness of this opera as a work of theatre is nowhere stronger, perhaps, than in the entrance of the prisoners’ chorus. The charged naturalism of director Annabelle Comyn’s production makes this a moment of harsh revelation, simple and direct, of showing lives wasted and degraded. Driving and energising all of this, of course, is Beethoven’s vivid orchestral score. The INO Orchestra, conducted by Fergus Sheil, plays beautifully, rising to an exhilarating pulse for the final triumph. Indeed, the only criticism of the production is that it could have delayed raising the curtain for the overture, to allow us a bit more time with the music alone.

In its short history, Irish National Opera has drawn not only fine musical performances from artists but also impressive feats of stagecraft. As with 2019’s ‘Magic Flute’, in this production the height of the Gaiety is used to create a powerful split-level space. Here, Francis O’Connor’s deceptively simple design turns the stage into a grungy office before transforming it into an oppressively vertical prison, eventually dropping down to the darkness of Florestan’s cell. The expressive space this affords, along with the gestural movement of the performers, all hint that this production is not only a restart for this company but also a reconnection with its wider ambitions. The applause that greets Beethoven’s exultant finale is full and well-deserved. If this is possible now, with restrictions still in place, what more might follow? 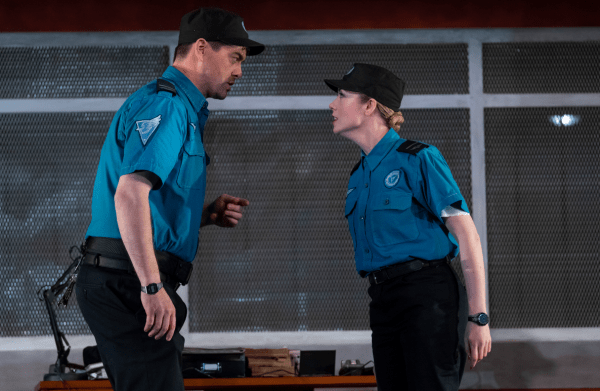 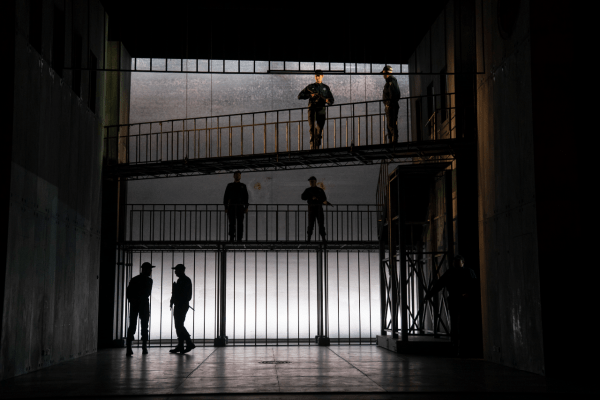 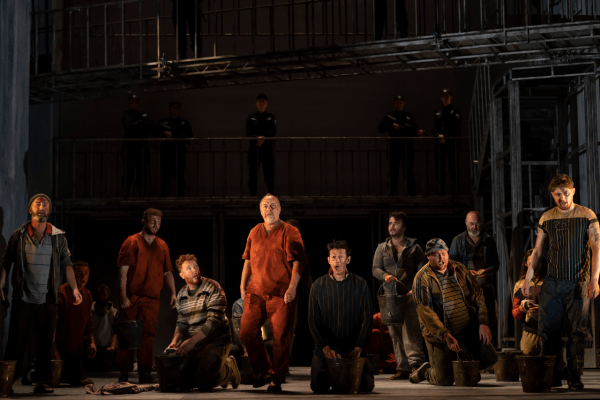 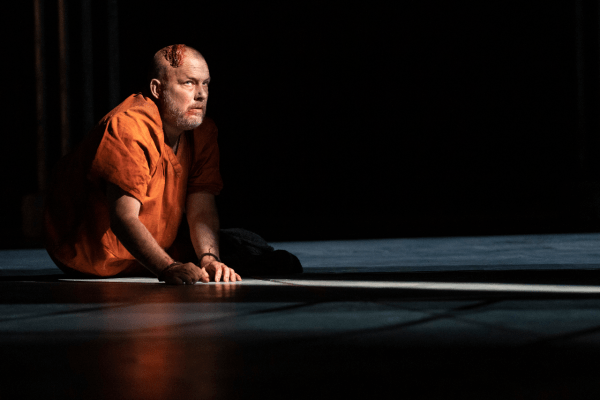 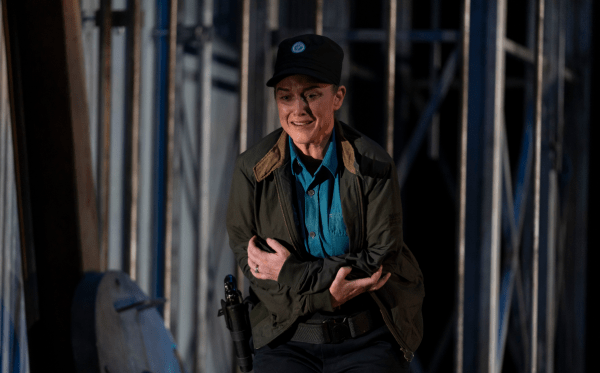 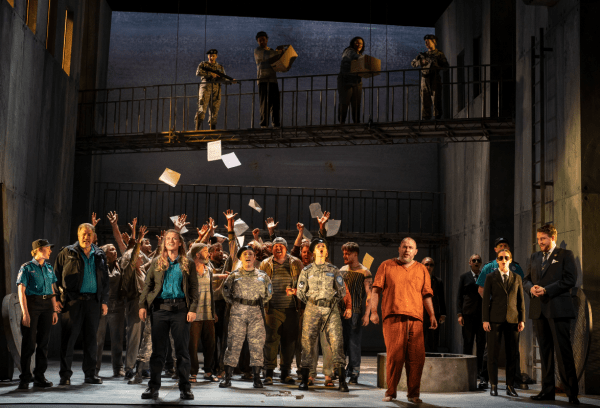