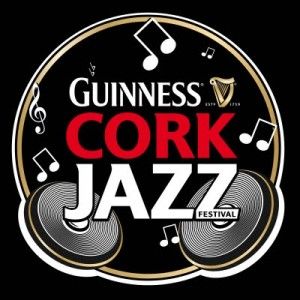 Until the live music starts back up in the afternoon the streets of Cork are filled with the slightly dazed, usually found lying on any empty grass patches at festivals but here making do with street corners and the stalls of the English Market.

To start the day with something a little different, the trombone-led jazz ensemble at the Bodega (which seem sadly few and far between at the festival) fits the bill nicely. The apparent lack of trombones in the Irish jazz circuit is unfortunate, but Dunlea attempts to make up for it and then some. His improvisational style is mostly fast-and-furious; ripping through any and all notes vaguely relating to the key at hand. In the ballads the ensemble comes together wonderfully, Dunlea’s pure tone blending with the keys and bass. Despite some sound issues the set goes down well with the packed crowd, coming across somewhere between background café and headline act—perfect for the mix of drinking and dining happening on the floor.

Floating across the river comes the sound of hard-hitting brass, calling a crowd of revellers to the Big Fringe tent outside the Cork Opera House. Beat n Blow, in their usual fist-pumping style, have gotten the crowd going with their antics. People young and old lose their inhibitions (if they had any to begin with) in the face of such on-stage lunacy and join in the line-dancing routines while the horns blow with all their might. Equally at home on the stage as they were marching the streets, the saxes clamber on top of the monitors as the rest of the 8-piece group cheers them on. While the sound of dance funk fills the north of the city, we reflect how lucky we are that the German group has made a second home of Ireland, and can’t wait till the next time they grace our shores.

Heading up to the doors of the English Market, a massive group is found sitting around, dotted with a few dazed-looking organisers. Clearly they hadn’t expected the New Orleans Jazz Funeral Procession to draw such a crowd, but having seen how popular a similar event at Electric Picnic was we weren’t going to miss it. Unfortunately it seems Health and Safety weren’t too happy with the idea of such a big march through the town, as we’re left sitting around for a half hour looking at the New York Brass Band chatting amongst themselves. Eventually the band starts to jam, standing around a tree creating some fantastic surround-sound effects. Despite the tartan ¾ lengths, the group is from York, UK but their sound is authentic nonetheless. Impressive for their age, the group mixes traditional New Orleans numbers like I’ll Fly Away, their own pulsing originals and cheesy classics like Never Gonna Give You Up. The crowd goes wild for the latter, led in an infectiously excited and enormous chorus again and again.

Back to the Everyman for their Saturday double bill. The Portico Quartet stand out from most of the headliners as a world apart from what we’d expect to see at a jazz festival. Heavily experimental, each musician moves between at least two instruments and most of those are electronic. Their set casts a spell on the crowd with ephemeral saxophone by Jack Wyllie weaving through throbbing and pulsing harmonies. Part jazz, noise and trance, and all new and exciting, the group show just how outside the box the Guinness Jazz Festival is willing to move. When singer Cornelia joins the group there’s a tangible shift in atmosphere, from a shared musical experience to her being the storyteller, the audience observers. Moving from a collective feel, now the group clearly has a focal point, both aurally and visually. Overall the sound becomes more mundane, like something everyone’s heard before, but regardless of all that it is still certainly entertaining. Cornelia demands attention with her flame red hair and erratic dance moves, and even though the others amp up their energy she retains the spotlight. If the group is looking to achieve more mainstream success they’re moving in the right direction, but for us their older instrumental sound is far worthier of the festival spotlight they’re given.

Celebrating the fortieth anniversary of his album Spectrum, Cobham is certainly doing it in style with a personality as vibrant as his sunshine yellow shirt, standing out from the rest of the black-clad band. There are lots of hardcore fans in the crowd judging by the reception he receives, and they aren’t left disappointed as Cobham leaps into action on his drum kit with the same passion as back when the tracks were first heard. Guitarist Dean Brown stays front and centre for most of the performance, letting the music move himself; from his facial expression and swaying hair down to his twitching feet, he embodies our aural experience. While overall the music is slightly dated and a very odd contrast to the earlier Portico, the newer compositions from the backing band members bring the set closer to today’s expectations. Forty years on, Cobham’s gift for rhythmic exploration from within the confines of the beat is still rarely to be found, and his solos are something to behold for their variety. He instills all he does with his vitality and shows that regardless of your age, if you’ve got it—you’ve got it.

So far the festival has been a roaring success. It is terrific to see practically all of Cork out celebrating their music, their city and all of those that have come to share in the atmosphere. Despite some organisational hiccups and programme misprints, overall the festival shows it is moving in the right direction. There’s a buzz of creation about the place as musicians mix and share ideas, collaborations are planned, and children are getting inspired to take part in the music making. Inclusivity is clearly the name of the game and while it can sometimes seem that so long as there’s a saxophone in your group, you meet the criteria for the festival, it means there really is something to suit everyone’s taste over the weekend.

The Murder Capital at The Button Factory

‘The Hunger’ by Donnacha Dennehy

Kneecap at The Academy