Ireland Music week has announced the stage times for the showcase section of this year’s conference taking place 5-6 October, 2019

50 acts will appear across the two nights in The Workman’s Club, The Button Factory, Lost Lane and The Grand Social’s loft and ballroom venues.

Among the 51 acts playing are a host of current and former PlecPicks acts, including Thumper, Touts, Happyalone., Super Silly, Ailbhe Reddy and JyellowL.

RTÉ 2FM will broadcast live from Lost Lane on the Friday night with Tara Stewart at the helm. 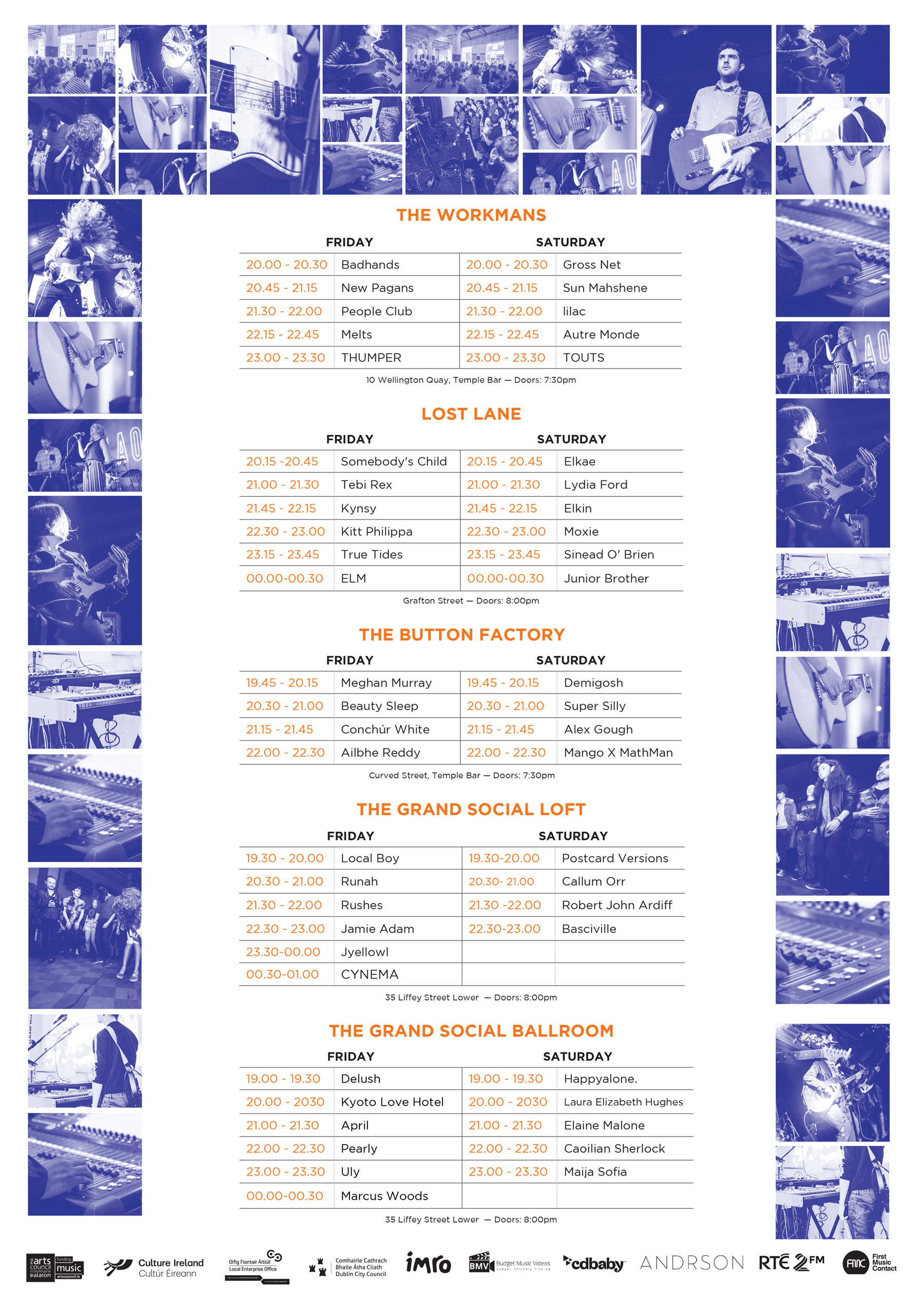 Tickets via Eventbrite are priced as follows (excluding charges)

Single Venue Showcase €12.50 (only available on the door at the venues)