In recent times much of the focus of this site and the music press more generally has been on the highly diverse range of musical genres that have emerged in Irish music in recent years. This country has suddenly gotten good at things we never had much time for before – and as a result Irish music sounds more varied and non-homogenous than ever.

But what of the more traditional three-piece blues-rock band, once a core stable of our musical diet?

As it turns out, these haven’t gone away either, but remain a vital element in this rich mix. “Before the only gig in town was the three-piece rock band playing in the local pub,” Johnny Stewart of Wolff tells us. “Now, the hip-hop crew are doing a gig in the community centre on the same night and the gig going community have to make a decision.” 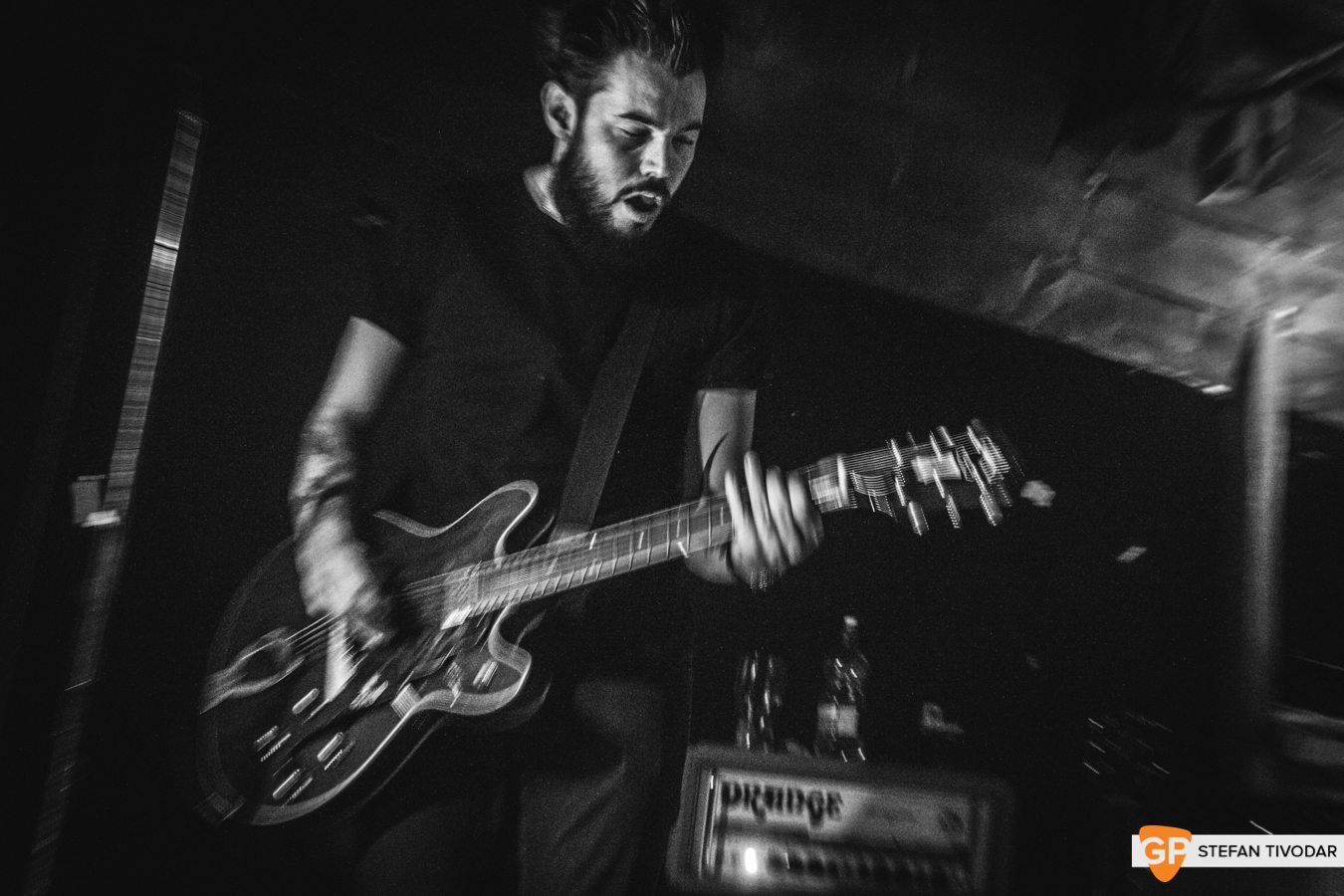 The Wexford-based guitarist sees an immense positivity in this, though. For him, good music will always find an audience. With more options on the menu, this means hard work, but when has hard work not been a requisite of making music. “If people aren't coming to your show it’s not because there's newer music taking your audience, it's because they don't want to see your show.”

The music of Wolff is large, riff-heavy blues-rock. You could call it a classic sound, but that doesn’t do full justice to it. Stewart isn’t operation in some academic dead language here, and a Wolff gig is a blast of vibrant energy. The roots of the sound are clear, but when it works, it works.

As Stewart tells us, he’s been surrounded by music all his life. “My Dad is a guitarist and there's photos of me as a baby cradled in his arms as he played songs to me. It was inevitable that I'd pick it up at some stage.”

He started teaching himself guitar in his early teens, and fell into songwriting in college “I sounded like a terrible Damien Rice tribute act,” Stewart admits, until he stumbled across John Mayer. “It was an eye-opening experience to see & hear a "singer songwriter" perform on electric guitar. So I set aside the acoustic and borrowed my Dad's Telecaster.” 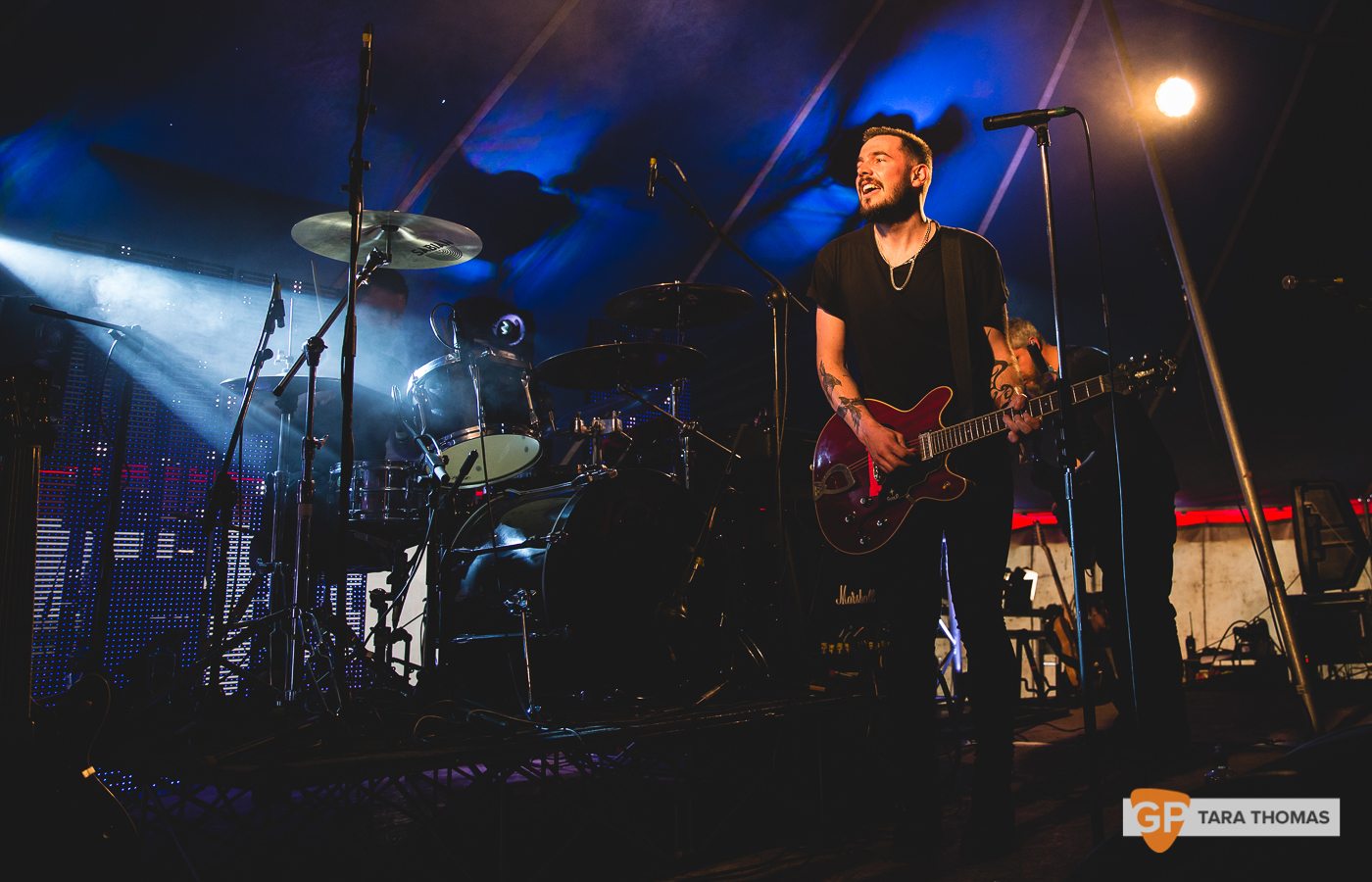 From there Stewart found his way back to music his Dad had played him years before – “Stevie Ray Vaughan, Jimi Hendrix, BB King, Clapton, Freddie King & Buddy Guy, the original blues masters.”

“Flash forward to 2014 after a blues-based masterclass of studying my newly found heroes I began to become bored of blues, guitar & music in general. I needed a new "thing". Pharrell Williams had just released his new album and I was hooked. The R'n'B/Pop sounds were fresh to me and I was considering trying to become Ireland's answer to Pharrell, in a musical sense.

During a month of writing in this new style I had an idea for a new song that would become 'Hey Now', I plugged an SG into an old Fender amp though a fuzz pedal and my blues soul was reignited. The dirty riff paired with the chanting vocals and giant chorus firmly reminded me that I was born to have a guitar in my hands and I was to play it loud so everyone could hear.”

As it turns out, playing loud enough for everyone to hear is something Wolff does very well, conjuring up a full-sounding stadium filling amount of noise and cramming this onto much smaller stages in pub venues up and down the country.

“When I wrote 'Hey Now' it was the first time I could imagine my music on a stadium stage,” Stewart explains. “It felt giant. Since then, for whatever reason, I've enjoyed writing "big" sounding songs… And then live that translates well because everyone is just going for it 100% of the time. The dynamic is big, bigger, biggest. I want the audience to feel attracted to the sound on a visceral level, it's raw and primeval. I've been the acoustic guy in the corner of a venue playing my heart out and nobody was listening.

Nobody plays live to be not listened to. So I took ownership of my live sound and made it so that even if you don't want to listen, you will hear what I'm playing. And once I have your attention, I know I can win you over. You might not know the lyrics. You might not even like the look of my face. But you won't be able to deny the honesty and the rawness of the sound that's coming from the stage, and before you know it you'll be nodding your head. And then you're mine.”

Wolff is a wild, cage-rattling live animal, and it’s obvious that the trio of musicians are absolutely living for what they’re doing. “Being able to bring my music to a new crowd is always an amazing feeling,” says Stewart on the experience of doing shows. “And being able to go back to a town and see the same people coming to the show but bringing new people is mind blowing. Playing live is like the reward for all the other hard work you put in. That one hour on stage is pure heaven.”

It’s clear Stewart knows what he’s talking about, both in terms of his own music and the more general scene that he’s part of. It’s no surprise then that he’s part of the panel on the upcoming Self Made workshop, taking place in the Workman’s Club tomorrow (Saturday 9 June).

Self Made is a platform to explore DIY music in Ireland through performance, discussion, and art, with a strong focus on inclusion in music. Our goal is to celebrate the work of DIY musicians and to create a supportive space to explore the realities of getting a music project or career off the ground. Their focus this time around will be the building blocks of a DIY project, or to “inform fellow artists about the things that might help them make advances in their career,” as Stewart puts it.

This gets us back to the state of Irish music, in particular independent music. With a huge influx of talented groups making hip-hop or electronic music of a standard this country hasn’t seen before, is guitar-based rock at risk of falling by the wayside?

“I think that music fans are interested in more types of music than ever,” says Stewart. “The people who would traditionally only like rock music, now like hip hop. Which I think is awesome. I myself am a huge fan of rock in all its various forms but would also equally listen to Kendrick or Kanye. I think it's because people have instant access to every genre of music and are discovering new artists they never would have otherwise known about. This means that the "underground" hip hop artist in the rural village is now being understood by more people.”

For Stewart, this doesn’t mean that the more established genres are getting left out. Rather, a bit of fresh competition just forces everyone to do better.

“I always believe that being the best you can be is the cure for a lot of the problems independent artists have. If people aren't coming to your show it’s not because there's newer music taking your audience, it's because they don't want to see your show. The other creative way of not losing fans at your live show is to collaborate with the newer artists. Bring them into your world, they’ll bring their fans and you can all enjoy the success together.”

In other words, being surrounded by a rich musical environment, leaving yourself open to influence from all corners is key to avoid simply repeating something that’s been done before. Even with something so firmly established as blues – with a clear template in place for new artists to follow – there’s no excuse for not considering a potential for something new.

“Just like every genre, there's a traditional baseline that will always exist,” Stewart explains. “Which is a great jumping off point for an artist. That's where my guitar playing career began in earnest. Playing 12 bar blues and shuffles until I was comfortable with a style and structure. But then you start to listen to different styles of music, become influenced by other artists outside of the blues legends and you develop your own style. I'm constantly working on trying to seamlessly incorporate blues, rock & pop with hip hop and cinematic move trailer sounds.

I will never say I'm an innovator as the word has connotations of grander and legendary status that one cannot place upon themselves. But I am most definitely creating in a new direction than what blues is traditionally known for. I honestly believe that when it comes to being innovative it's down to the individual artist, not the genre from which they create out of.” 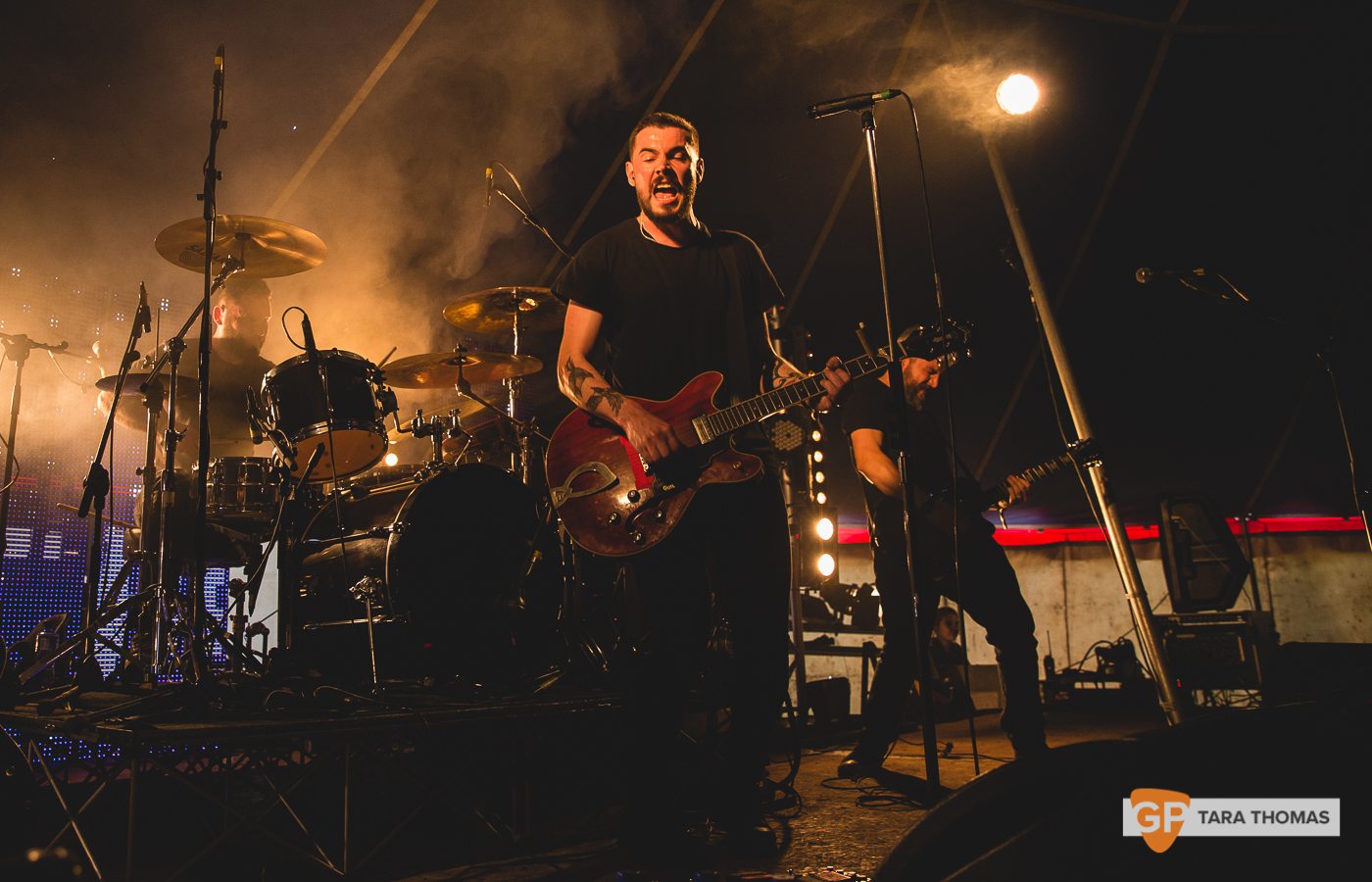 Getting back to the state of the contemporary Irish music scene, we ask Stewart if there are any Irish bands he thinks don’t have the recognition they deserve?

Before giving us a direct answer, he issues that the caveat that he doesn’t any artist or band should be more well known than they are. In defence of this he quotes Gary Vaynerchuk – "the market is the market". As Stewart explains, this means that “the public will tell you how popular you are and they're always right. And if you want to be more popular than you are you need to either be very patient and continue doing what you are doing or change up your game and figure out how to hack your way into popularity.

Without blowing my own trumpet, the amount of times people have said to me "you should be famous" is ridiculous. But I don't care about that. I always tell them I'm exactly where I want to be. I measure my success by doing what I want to do to the best of my ability, not by popularity. And I believe the two are mutually exclusive. Being great at something is not a measure of popularity and vice versa. Some of the best artists in the world have no following but that doesn't devalue their art.”

And for Stewart, the application of this philosophy means that he is going to continue “doing my thing because I'm just happy that one person is listening.”

Which brings us finally back around to the Irish bands Stewart is listening to right now. And, helpfully, he’s created a Spotify playlist which serves as an effective answer. The vast range of genres represented are a testament to how much is going on. And Stewart’s positive affirmation of art and then value of music is a good a defence as any that the same blues Rory Gallagher was playing forty years ago has just as much any place as any other genre on a list like this.