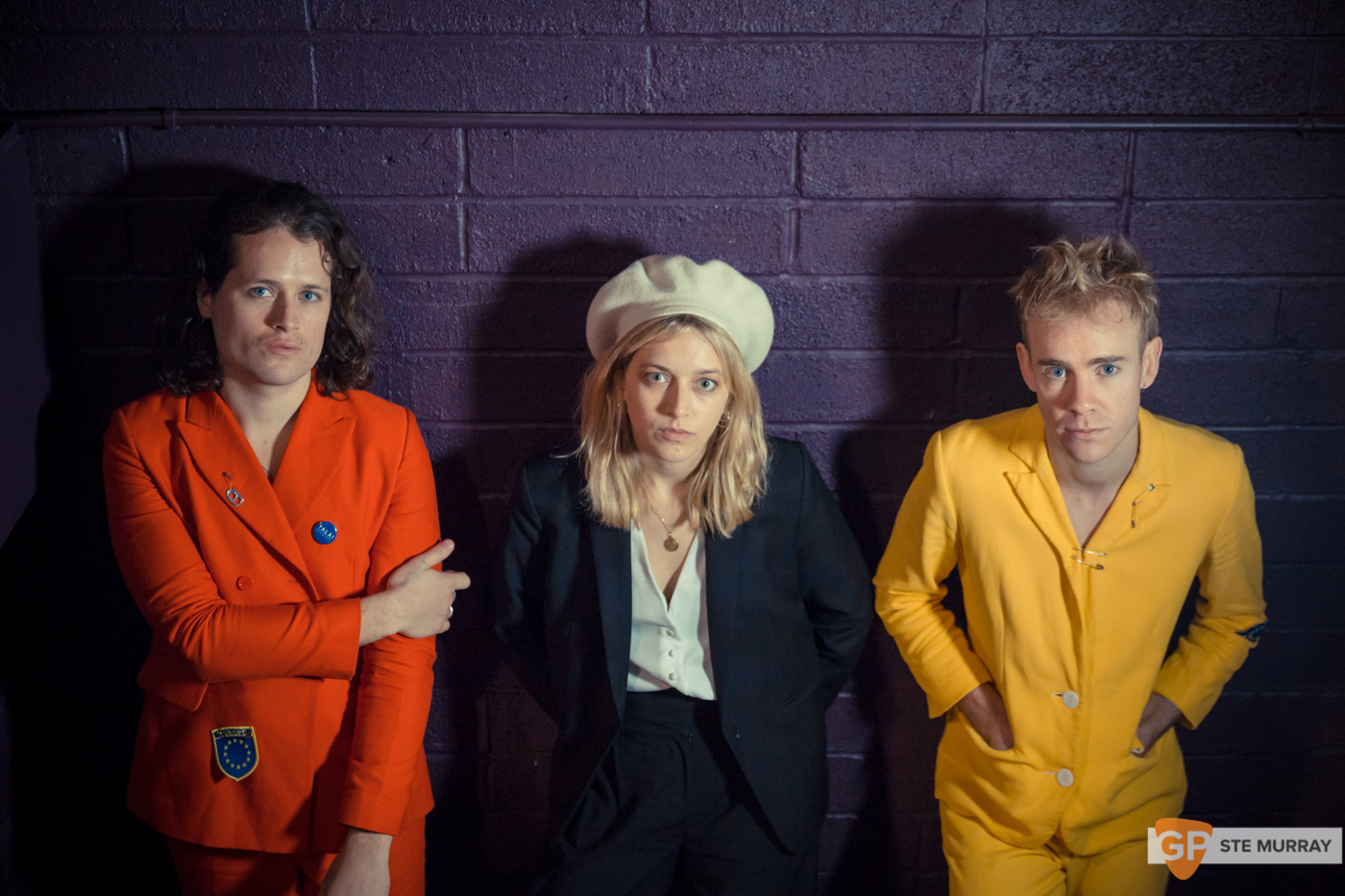 London-based Limerick band whenyoung have been playing together for over five years, formerly known as Sisters they have amassed a reputation for their perfect indie pop singles like Actor, Given Up and Pretty Pure.

Vocals and bass are provided by the effortless Aoife Power, with Niall Burns providing plenty of glittering guitar lines while drummer Andrew Flood has the perfect sense of rhythm to drive their fresh energetic sound.

Allied to their ear-catching musical output, the band have a very stylish colourful wardrobe and really burst into the national consciousness in the past twelve months with a host of festival appearances, supporting Nick Cave & Patti Smith in Kilmainham, a noteworthy appearance at Shane McGowan's birthday bash and touring with Blossoms & The Vaccines before releasing their debut EP ‘Given Up’.

Even bigger things await them in 2019, but more on that later…

Before they even thought about being a band, the trio made their ways to London separately, with Niall leading the charge as part of a band that got chewed up & spat out by the ultra competitive London scene after only three months. Undeterred he was determined to give it a go again once his Limerick friends joined him: “The three of us had never played together even though we'd been friends for years - for some reason we never got around to it. Then Andrew came over and we started playing and really enjoyed it.” 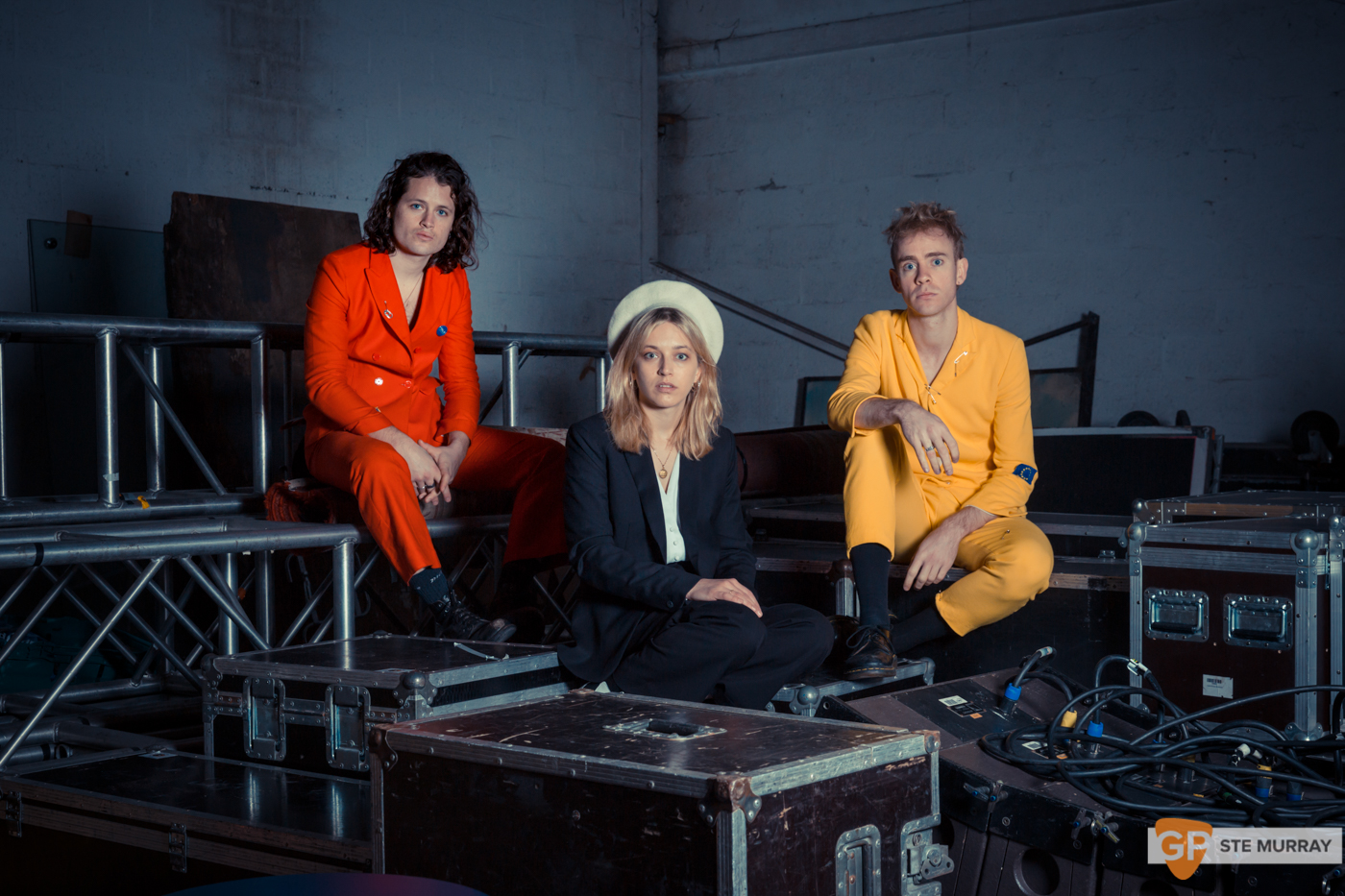 As Aoife explains there wasn’t any great plan at that stage “Like a lot of our friends, it was just 'let’s go to London and we’ll have some fun', there was no plan to ever start a band.”

Enjoying playing together regularly, they took their time developing their sound and their craft, after their initial incarnation as Sisters they decided to change tack and adopt the moniker whenyoung. Andrew explains “We know what we want to sound like now and that's kind of why the change to whenyoung came about. We'd taken a couple years to learn more or less from scratch and had streamlined our music to the way we really wanted it to be”.

Not that they have completely ditched their earlier work “That's not to say that there wasn’t something good in our innocence naiveté,  for example the very first song we wrote is probably going on to be on the album, that was something that we came back to in the last few months and we were like 'that's pretty good'. It was the innocence about it that we liked."

Up to the November launch of their superb debut EP whenyoung had only released a sprinkling of very well received singles (including a brilliant version of The Cranberries classic track Dreams), as Aoife explains that was a decision not totally down to the band  “I suppose if it was completely up to us we probably would have released a million things by now, but thankfully we have people who we work with that are far more strategic. So it feels weird to just have released our first EP when we’ve so many songs”.

The work ethic of the band has seen them blossom in the past year, playing over a hundred shows across Europe and thanks to their their uncanny knack of being in the right place at the right time they have been afforded some fantastic opportunities. Reflecting on their year it’s clear that understandably all that they have experienced so far hasn’t quite sunk in: “A lot happened that we never could have expected, but I guess we were secretly hoping for a year similar to what we got but it was amazing that it actually happened. We feel extremely lucky, but we’ve worked super hard for all this to happen. Like every band we’ve played to two or three people, but now we are reaping the reward for our efforts.” 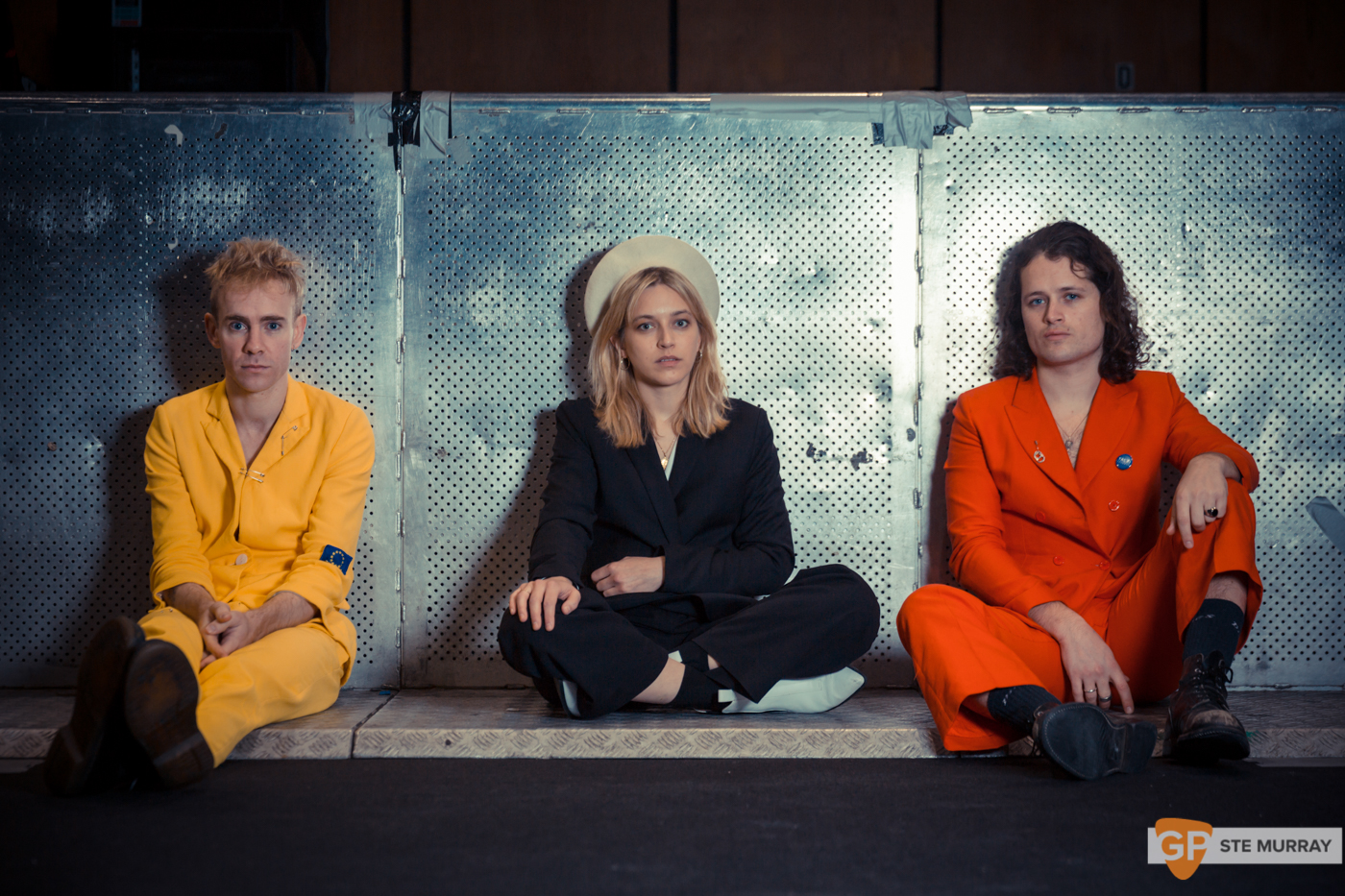 Given all they have done in the last year there are clearly some notable highlights for each of them, playing Other Voices in Dingle was certainly one of Andrew’s highlights “First of all we were thrilled that we got it and we never expected that we’d get to play the church (St. James’ Church) which was amazing. Once we got down there it was such a overwhelmingly beautiful thing, so well run, everyone was so accommodating, it just felt like walking in to a really lovely family.”

While for Niall opening for Patti Smith and Nick Cave was a momentous day: “That gig was just a joy, like you know it was just so surreal, it was just so weird and the fact that we got to do it was amazing. We got plenty of attention and positive response from the crowd too which we were thrilled with.”

One of the experiences that left a lasting impression on Aoife and which was heartening to hear was the way that an established act like the The Vaccines looked after them on tour “I think we were almost overwhelmed by their kindness and because we were like 'Why would you even bother with us cause we're just the support?', and they were helping us with our gear and our sound - such a really nice feeling.” 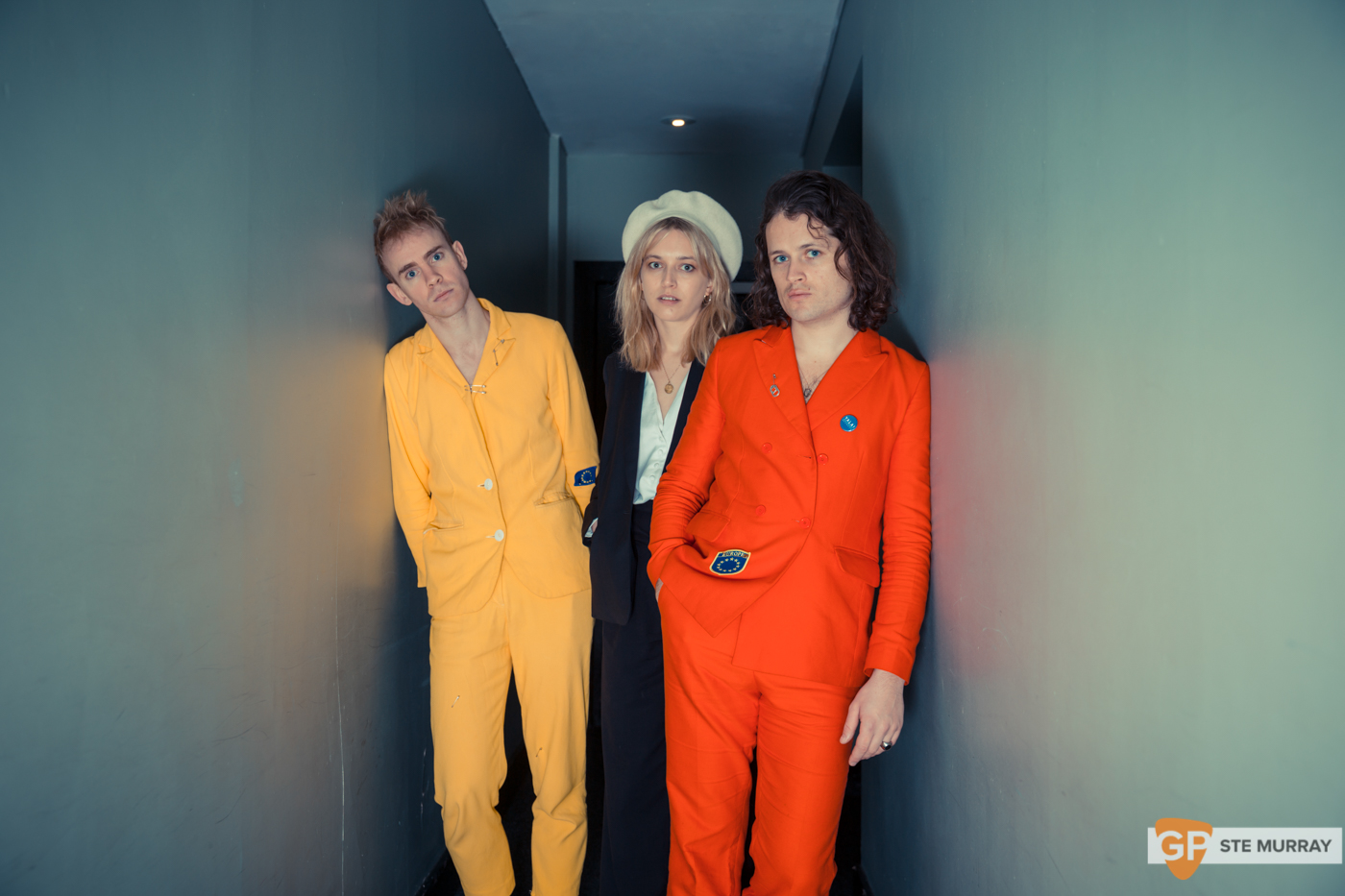 With such a strong year behind them 2019 has a lot to live up to but in true whenyoung fashion they already have plenty lined up, with an appearance in Austin for SXSW, a first ever American tour and the aforementioned release of their debut album, the latter which Andrew is particularly excited about “We have so many songs that we just want to get out, new stuff which will be on the album, most of which we don't even play yet so we’re looking forward to releasing the record and getting to play that stuff live at last.”

Unlike many of their contemporaries whenyoung aren’t afraid of firmly stating their ambitions, needless to say they want an even better year than 2018 and are laser-focused on making their debut album as successful as possible “We’d love to have a No. 1 album, we’re very hopeful about it as we think it's a big step up in terms of our sound. It’s might be a crazy thing to imagine having a No. 1 album but that’s what we want and we have great belief in what we’ve recorded”

For Aoife it’s clear that being a success in the US is also something they deeply desire “We went to New York as Sisters but it really wasn’t the right time. We’re ready now so we want to spend plenty of time over there and give it our best shot and start playing bigger venues everywhere we go.” 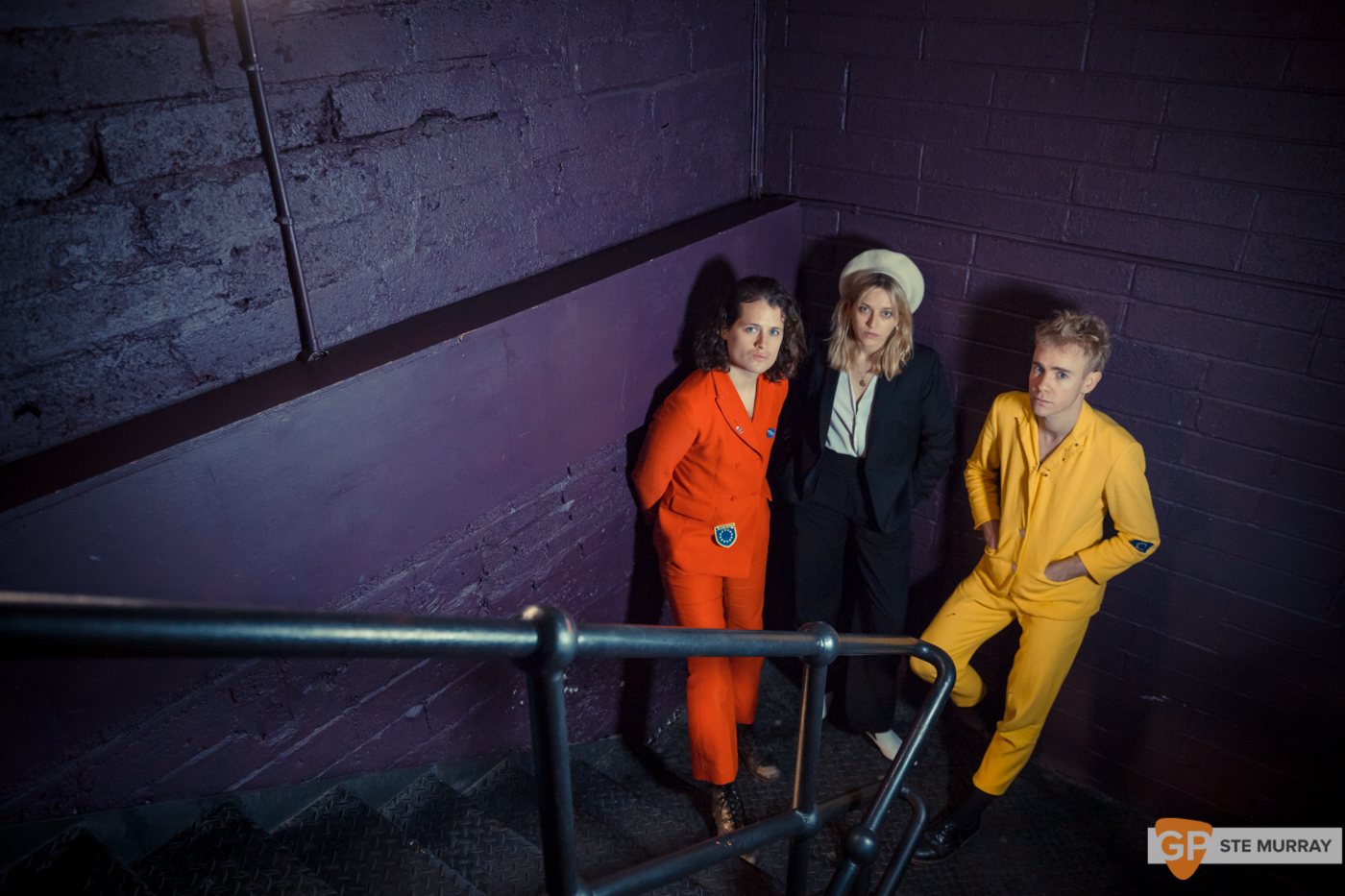 And even though they already had a host of festival appearance under their belts there is one festival in particular that Niall would love to play this year “We’d love to play Glastonbury, we’ve played loads of festivals and are booked in for a good few big festivals in the summer already but that would be the ultimate.”

With new single Never Let Go being released later this month and a UK tour in February, 2019 is already getting off to a fast and furious start for the trio who have been advised by their manager to be prepared for an intense but magical year ahead - if any band is ready for that then it certainly is whenyoung, one of our Plec Picks for 2019.