Four years on from the release of his last project Boredom 500, Cork-native ActualAcid has finally released his long-awaited debut album Boredom 400.

On a project with so much depth, vivacity and layers, it was only right that he provide somewhat of an explainer for all that's to come. ActualAcid sat down with Goldenplec to break down the album track by track and explain the importance of visuals to the ActualAcid project.

This was the final track I made for the album while cooped up in my room last year with Covid. It had the quickest start to finish and definitely wasn’t as over-laboured as the others. At the time I was deep in mixing the others but felt the album was lacking a proper track one. I needed the thing to open with a burst of energy. Stunttmane (my cousin who’s rapping all over the album) came back with the vocals so quickly too, outrageous braggadocio.

I was trying to emulate a TLOP kinda thing, handling the sample really bluntly and trying to not overthink it letting long sections play out then bating out quarter notes. I wanted it to sound like someone bashing the fuck out of a sampler. 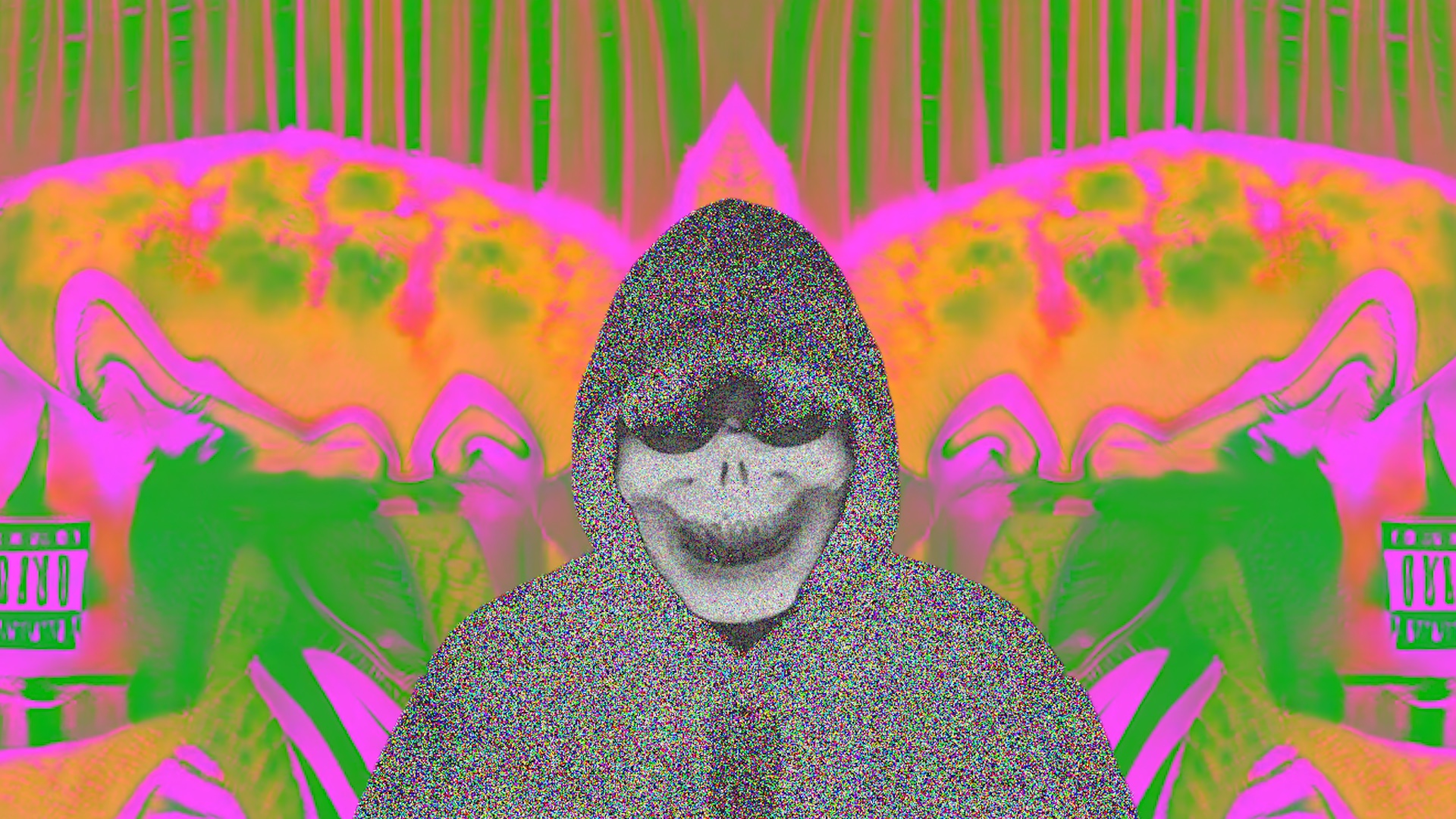 This is my shoegaze song. I had songs from Loveless in the session just to switch to every now and then and remind me to mix for feeling. To try and fill every frequency range at once and make it messy but pointed. To try and get it to sound like a single object, a big wobbly sheet of metal in wind. Like a Richard Serra sculpture being dusted off like a carpet. There’s a legally untraceable Ray J sample in the mix there somewhere too.

If ‘LORD KNOWS’ is the cold open introducing the villain this is the cut to the main storyline. I was trying to do a “walking through an airport” writing style if that makes sense. It’s a doom scroll lyric sheet, throwaway-seeming lines mixed with heavier ones. “dead men still in my contacts/still Dennis Wilson at the pageant no contest” is my favourite. I gotta say, trying to do the scratching for the outro was super hard. I never realised how INSANE that is as a skill, it took me so long to figure out how to do one tiny little move, hats off to anyone who can make that look easy.

Maybe the only song on the album that isn’t Lego Duplo music. A lot of the project is big chunks of sound that don’t have much dynamic range. This one isn’t as trash-compacted as the rest, it serves as a nice break for the ear after DOGTOOTH. I originally wrote the chords in this one for a disco song, I’m glad I moved away from that direction…

I just wanted it to sound wide. Like very widescreen wide. This was made at the point where the music video ideas really started to inform the music and vice versa. A lot of crossed wires followed. 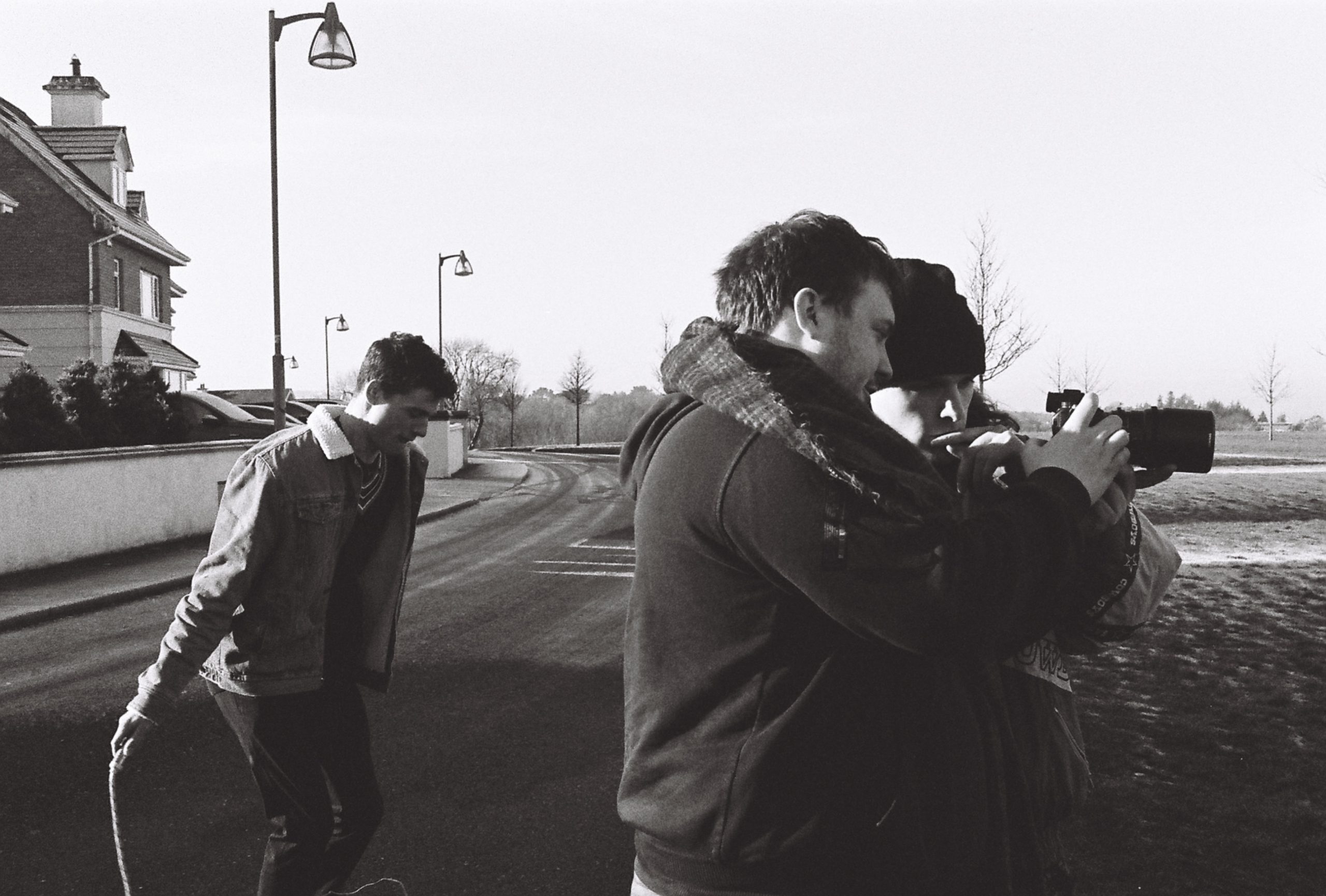 This one nearly drove me insane. I almost stopped making music because of this one, some may argue I should have stopped a long time ago. It’s about being frustrated, with myself, with music and with the surrounding environment.

Prior to this I was making little lo-fi psych tunes. I wanted to challenge myself and see how much time and energy I could put into making a song I knew I’d never be able to fully finish to a degree I was happy with. Between the choir and the strings and how big I wanted it to sound, I can’t call it quite “finished” but its done to the best of where I am right now. I didn’t know how to make hip hop at all, I wanted to see what would happen. It’s important sometimes to purposefully bite off more than you can chew and see just how much you can chew before you get sick everywhere.

Sometimes you just have to be a petty little bitch! That’s the message of this one. If ‘MOVIE’ was me turning my nastiness inward this is the overt. It’s dedicated strictly to hating on all the “artists” out there who cop out and don’t make what they make  for themselves. Only because they’re too enamoured with other people’s opinions. That scares me! Certain people scare me! Imagine being too afraid to try and to just go about risking nothing!

You really gotta be stupidly self-indulgent making music I think. If you can imagine more than 7 people liking what you’re making you might not be doing it for yourself.

Stunttmane caught my drift and is just spreading bollocks all over this one. "Fourth best flows in Ireland”??? I know that’s not true and I know he doesn’t believe it either but that’s his stuntish nature I suppose. We got into an argument the day he came to record this tune in mine I made him change it to “fourth best”. The original was more generous.

The first tune and video made for the album way back in 2019. At the time I was living in my friends house in Grange. There was no furniture in the room where I had my gear so my computer, keyboard and monitors were all on the floor, I didn’t have a chair so I’d sit on the floor too making tunes.

As a result I would have to judge the bass levels by how vibrated my ass was sat there in front of my monitors. The ass vibrations ended up dictating the whole decision to try my hand at a hip hop record. By the time I found myself doing a Project Pat ripoff intro part and Playboi Carti style ad-libs on the bridge I knew I had to follow the feeling to it’s logical conclusion. The lyrics are about Andrew Cunanan the guy who assassinated Gianni Versace. I cannot elaborate further on that.

This one serves as another little break. Always handy to have a microphone set up ready to go. I captured this conversation between me and Drew talking about Stunttmane’s lyrics after a few cans and getting very high-falutin’ with it. Layering a piano and string arrangement under there was a pompous choice. The lyrics that follow too; saying everything you do is in the name of God and then following by saying all your girlfriends are goths. I hope its clear you can’t trust this narrator, you’ve got to pick and choose what parts you believe. 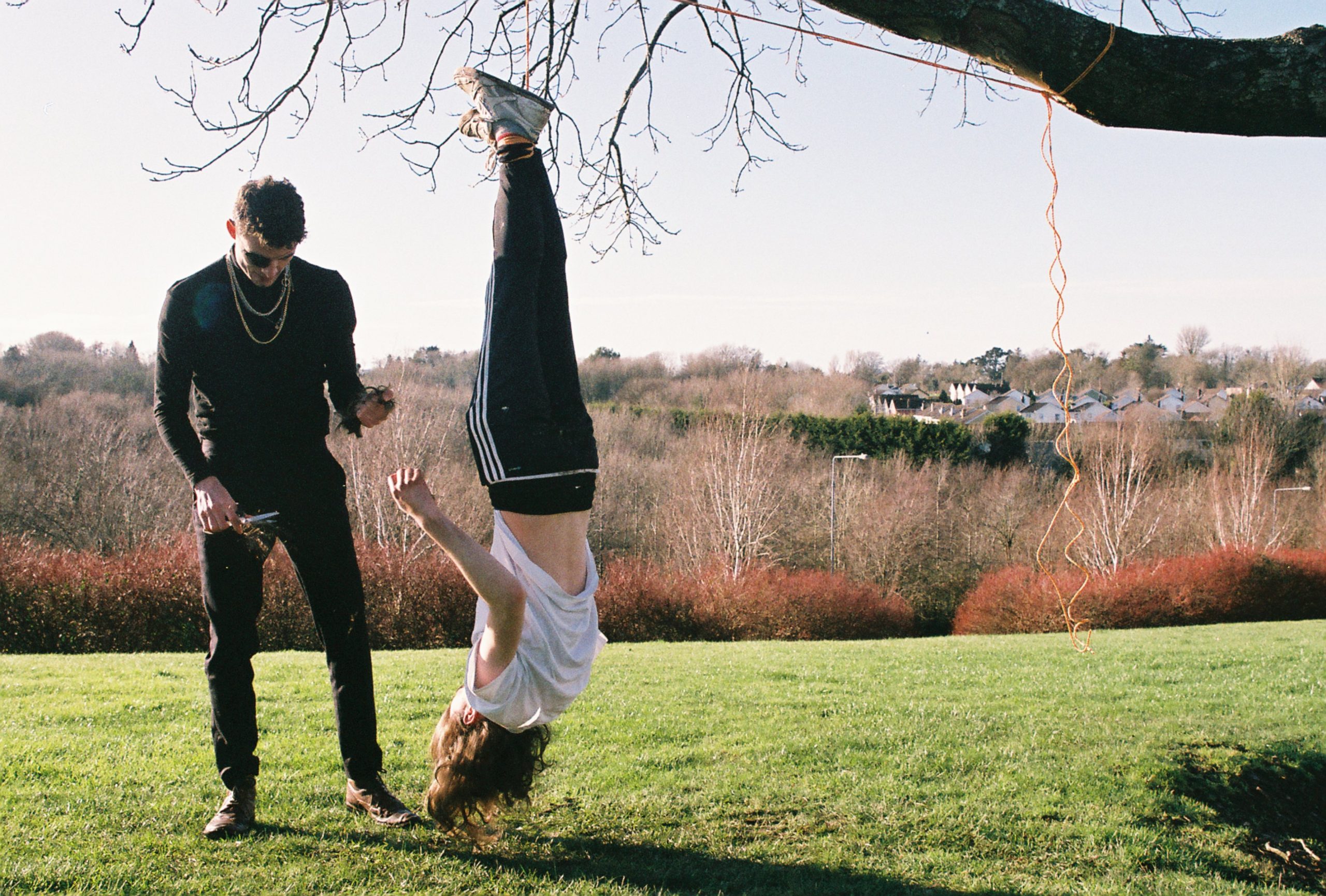 The production on this one is the weirdest. I can’t even remember what part of it came first, maybe the drums. Then the bass on my MS-101 which I’ve since sold, RIP.  The whole thing is built on a very shaky foundation, I just layered lots of overlapping woozy samples until it sounded like soup. I think there’s a Tom Tom Club sample in there, again, all very very legally untraceable.

The writing style I mentioned earlier comes back on this one in a big way. I like collecting lines and scraps and piece them together to hopefully create a larger image or feeling. Abstractions that glue together. Sunttmane disregards that though and goes very literal. He comes in way too fast, that rapid style of rapping can be so corny at times so I challenged him on it and he added that last line..”why do white boys gotta rap so fast?” fair enough.

This one is the end of the bile. It’s the breaking point of the album really, more specifically that third verse before it washes away into the pianos. This began as a classic Donnybrook chop up when I was living there with the lads throughout Covid. If I remember right I began this at the point where everyone was losing their minds and bleaching their hair. I started this with the line “frosted tips for the buachaill dána/hollow tips for the Síochana” and went from there. Threatening to do a Mean Girls reference and hit Leo Varadkar with a bus really dates the song to a particular point of cooped-up Covidness too.

My cousin Matt who got me a plugin called EARTH I used on the drums, I could really dial in my transients (and then subsequently compress them to nothing). This is my favourite one to do live, the thrash drums do all the work.

This is a really simple tune in its writing and sound, especially compared to some of what comes before it where I’m layering and layering stacks of noise and nonsense. It’s a sad sci-fi, “vapourwave but let’s not lose the run of ourselves” type tune. Luke was generous enough again to lend his vocals for the hook.

I almost very nearly didn’t put this one on, I was trying to wrap up on other demos before Drew persuaded me to include it. He was very right, I’m glad it ends on a somewhat hopeful note but I did have to rewrite the end of the film to match the new sequencing. The film and the album being sketched out at the same time lead to so many crossover points like that. I would find a cut I like and then mix something with that visual in mind or I would block a shot to try and time it with a particular bar of music.