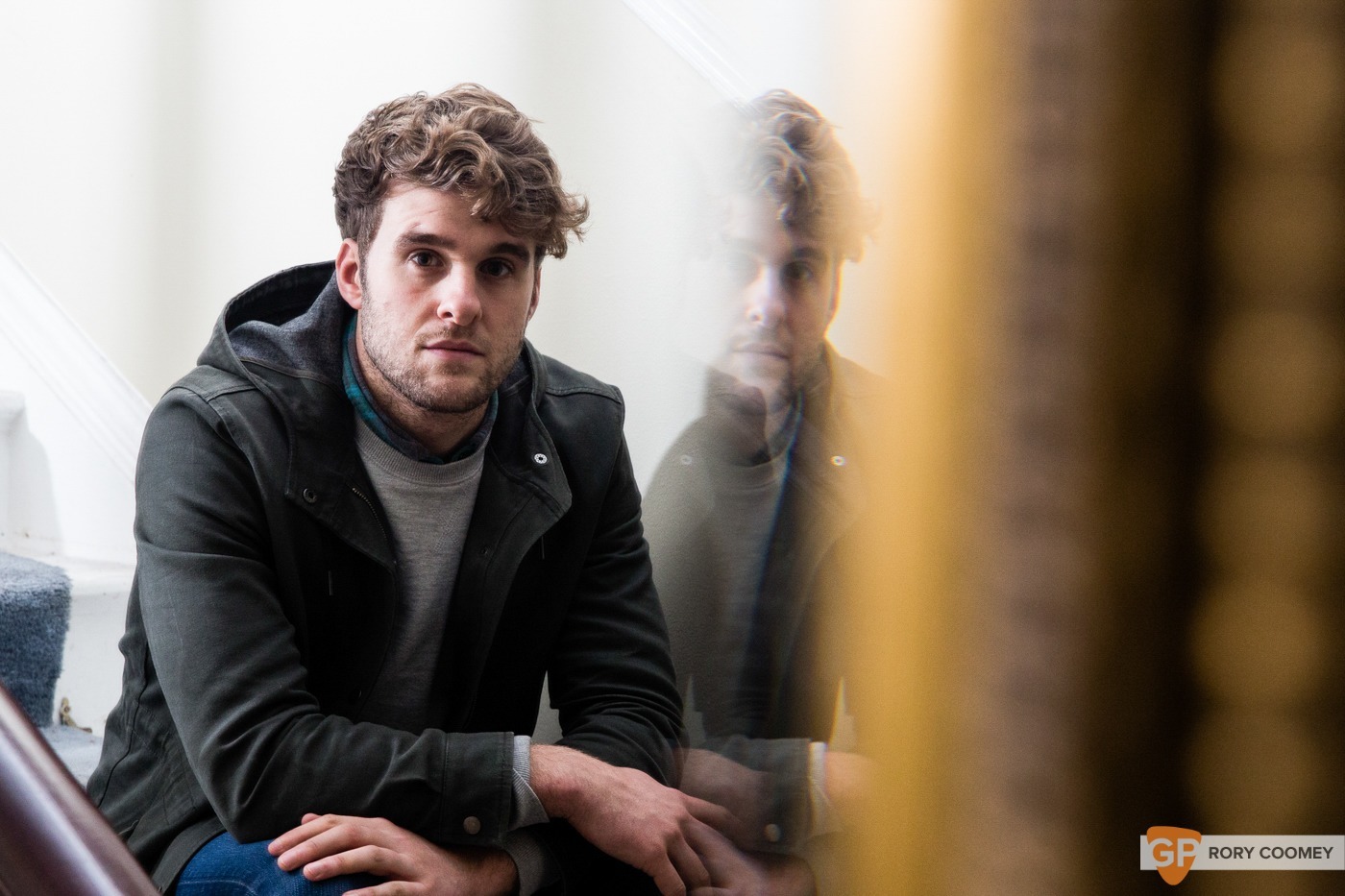 “It’s crazy—but what can I do with it?” retorts Eoin French with a subtle Leeside lilt. While his bedroom project may have just four tracks to its name and a diminutive label to back them, Talos has achieved something few, if any, emerging Irish artists have – amassing 1.5 millions streams before a debut album drops.

It’s a figure that Eoin nervously welcomes, simultaneously justifying that he has yet to earn his chops to rise above more established artists, and noting that online streams don't alway equate to a steady income. But where Eoin plays devils advocate, the blogosphere takes up the slack, propelling the Talos hype machine into overdrive.

And my, does Joe Bloggs have good taste. Pitched by a brooding falsetto, glacial bleeps march towards walls of layered, heaving synthesised waves in an intoxicating contradiction between the organic and synthetic. A nigh-on perfect vision of how contemporary pop should sound.

As we talk over coffee in Cork’s Triskel Centre, Eoin, fresh from performing at Other Voices, stretches our conversation back to his earliest music memories. “I joined the Cork School of Music at a ridiculously young age, but it was something I never enjoyed,” he says. “I just viewed it as more homework. It was too constricted; lacking the randomness I grew to love in music.”

Though Eoin’s initial foray into learning the art was less than bright, music remained a perennial backdrop to home life. “It was constantly on repeat. My parents were big fans of The Cranberries; Van Morrison was also massive. Subconsciously, I guess, this influenced my decisions later on.”

It was these influences that inadvertently fostered Eoin’s first tentative steps towards becoming a fully-fledged songwriter. “I returned to music by getting guitar lessons from a guy called Mark Linden when I was about 16,” says Eoin. “I remember playing around with his Zoom 16-track recorder, literally copying every lick—I idolised the man. He was the first person to give me the belief that I had the capacity to write music.” 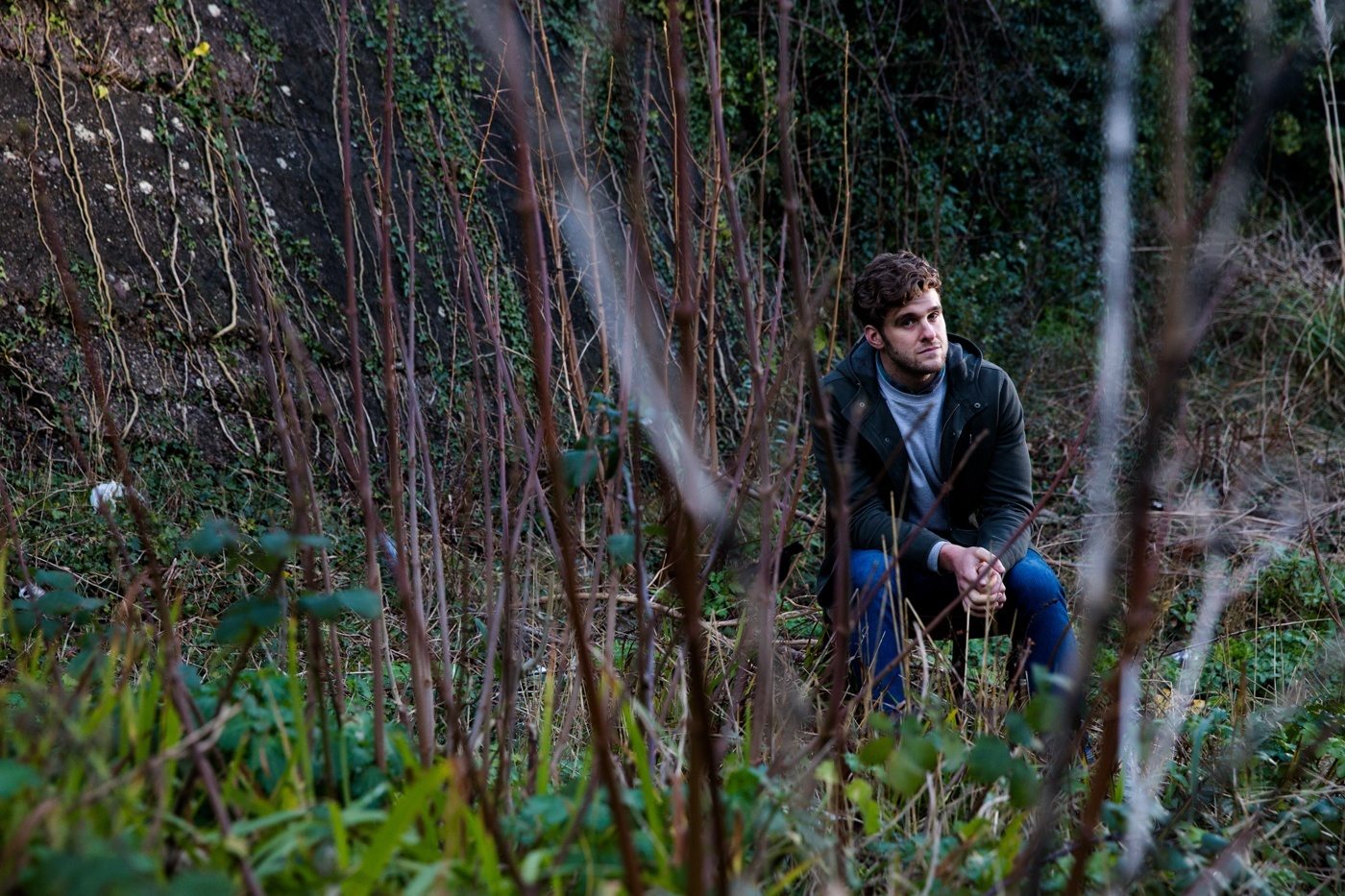 If you got the impression that Tethered Bones, the first studio track to bear the Talos name, felt like the emotive swansong of an accomplished artist, you’d be right. Far from being Eoin’s first foray into the music industry, Talos is a second coming of sorts, an artistic rebirth from the ashes of student four-piece Hush War Cry.

Assembled during a year-long hiatus from Cork’s Centre for Architecture, Eoin describes the band as “an outlet for escape.”

“We did what every indie band does: moved to a farmhouse and locked ourselves up for a year.” Here, Eoin fortified his songcraft, and along with three other friends wrote the basis for a debut album. “We were hyper-critical of every sound, far too much for a band in its infancy.”

By the time the product of this work, the five-track “Voice EP”, had landed, Eoin says that he had lost heart. “My head just wasn’t in it. I wanted to start afresh. By then we had all gone in our own direction.”

But Talos, if anything, was borne from disaster. Days before Eoin was to get his Visa, his girlfriend contracted Tuberculosis – forcing him decided between Cork and California. “I had to make a decision between staying and leaving someone I loved,” he says. “It was in this moment that I wrote Tethered Bones.”

As for his record label, “The guys at Feel Good Lost encourage collaborations within the label’s pool of talent,” Eoin explains, before giving some deeper insight into the label’s unconventional mechanics. “Ian Ring [of Young Wonder] acts the pivot for a lot of the goings-on music-wise.

“I’ve worked under his apprenticeship for a while now—the knowledge I’ve learned has been immense,” he says, before joking. “During Tethered Bones I questioned and questioned—right to the point where he almost flipped. I have this memory of him spinning around: 'Eoin, will you just make up your mind?'"

Still, it’s an apprenticeship that has paid dividends in both streamlining production and defining an already sharp aesthetic.

“Now I know where my sound is going and it’s up to Ian or Ross [Dowling] to add what they want from here on in. And that is what I love most—someone popping into the latter stages and dropping something totally unexpected.

Stellar though the production is, it is Talos’ songcraft that truly sets him apart. Coded lyrical textures meld dark and introspective topics with shades of light, creating a brand of Irish lyricism that touches equally on Beckett as it does his contemporary pop counterparts.

While Eoin admits that the lyrics he pens are far removed from phrases he uses in the everyday, he concedes that he never aims to write material that’s strictly hopeless. “I always want to suggest hope, illustrating a passing through darkness into something brighter. Tethered Bones is about how love can give so much, but take away part of you at the same time.”

As a songwriter Eoin acts as architect rather than artist, endlessly calculating before striking on the perfect design. “A concept will go under hundreds of iterations that I’ll bin or develop until I reach the finish line. 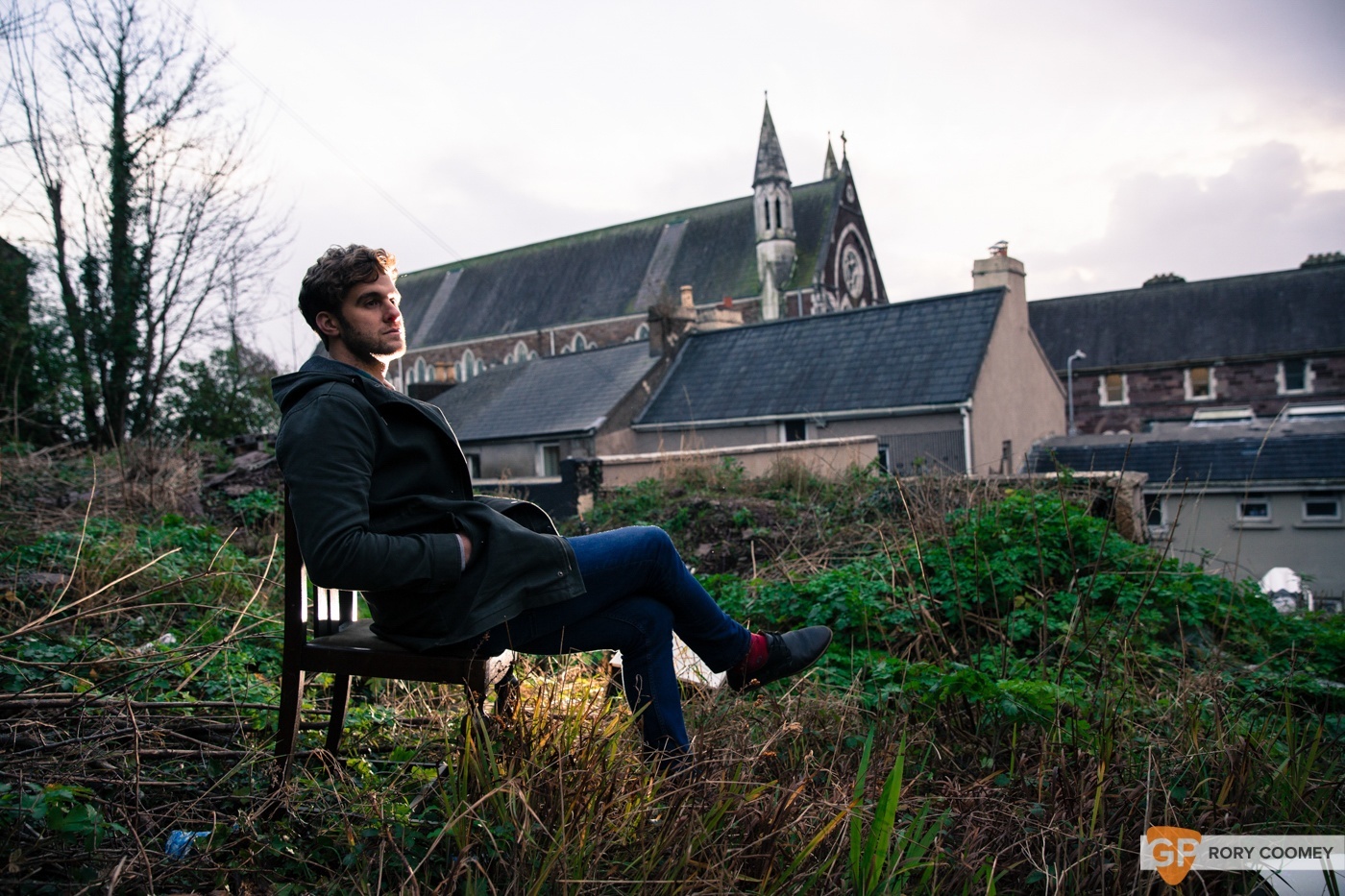 “Music and architecture are essentially the same process; they’re both structured beings. Coming from a design background, you’ll always have your own ideas as to how art should look and feel. Matt Berninger is my biggest writing influence right now. He uses this fantastic phrase that writing is 75% from the heart, 20% from the head, and 5% nonsense. He has this uncanny ability of placing an image into your head, which he then shades and colours—a skill I’m always trying to emulate.”

Despite a scientific modus operandi, writers block is a problem Eoin has encountered all too often. Sitting on four songs for the bulk of eighteen months, the Blackpool native reached out for help in the shape of producer, writer and James Vincent McMorrow associate Ross Dowling.

It’s helped define what Eoin’s labels his ‘pop sensibility’. “There’s no point in being odd for the sake of being odd,” he says. “Every time I set out to write a song, I set out to write a pop song. I’m always trying to find the sweet spot between candyfloss, critical mass, and obscurity.”

Still working as a tutor in his local architecture studio, Eoin is squeezing just enough time in to complete his debut LP, “Unless some disaster strikes, I’m certain that the record will be out before the summer.” Drawing from influences as disparate as Caribou and David Bowie, the sound aims to fall somewhere between the opposing ends of his discography: Tethered Bones and In Time.

Right now, Talos is very much Eoin French holed up in his bedroom—pen to paper—fingers to keys. “But when you nail it” he tells me, “it’s the most valuable place to be.”