Welcome to the latest edition of ‘Golden Vault’, where we delve into the annals of music to bring you a classic album. You’ll know some like the back of your hand and nothing of others. We hope to get you reacquainted with old friends and create new favourites. The album to be taken out of the Golden Vault for reappraisal this week is 'Inflammable Material' by Stiff Little Fingers .

You can describe 'punk' as a bomb of artistic perfection thrown into a tense society, exploding with the same ferocity as the anger it is mirroring.

This is true for most punk bands that sprang up in the late '70s, and for Belfast’s Stiff Little Fingers, it rings true more so than for others and is presented in all its glorious white noise in the album - 'Inflammable Material'.

In February 1979 ‘Inflammable Material’ became SLF’s first release and in turn the first album distributed by Rough Trade records, but it went one better being the first independent album to chart in the UK, hitting a peak of number 14.

It was on this album that the pressure cooker that was Northern Ireland in the mid '70s finally blew its top in what must be one of the most brilliant displays of musical aggression ever recorded.

It's a no-holds-barred look into the heart of a dangerous time, a dialogue between Jack Burns and the listener, an eye witness report from the ground, realism in its finest form. 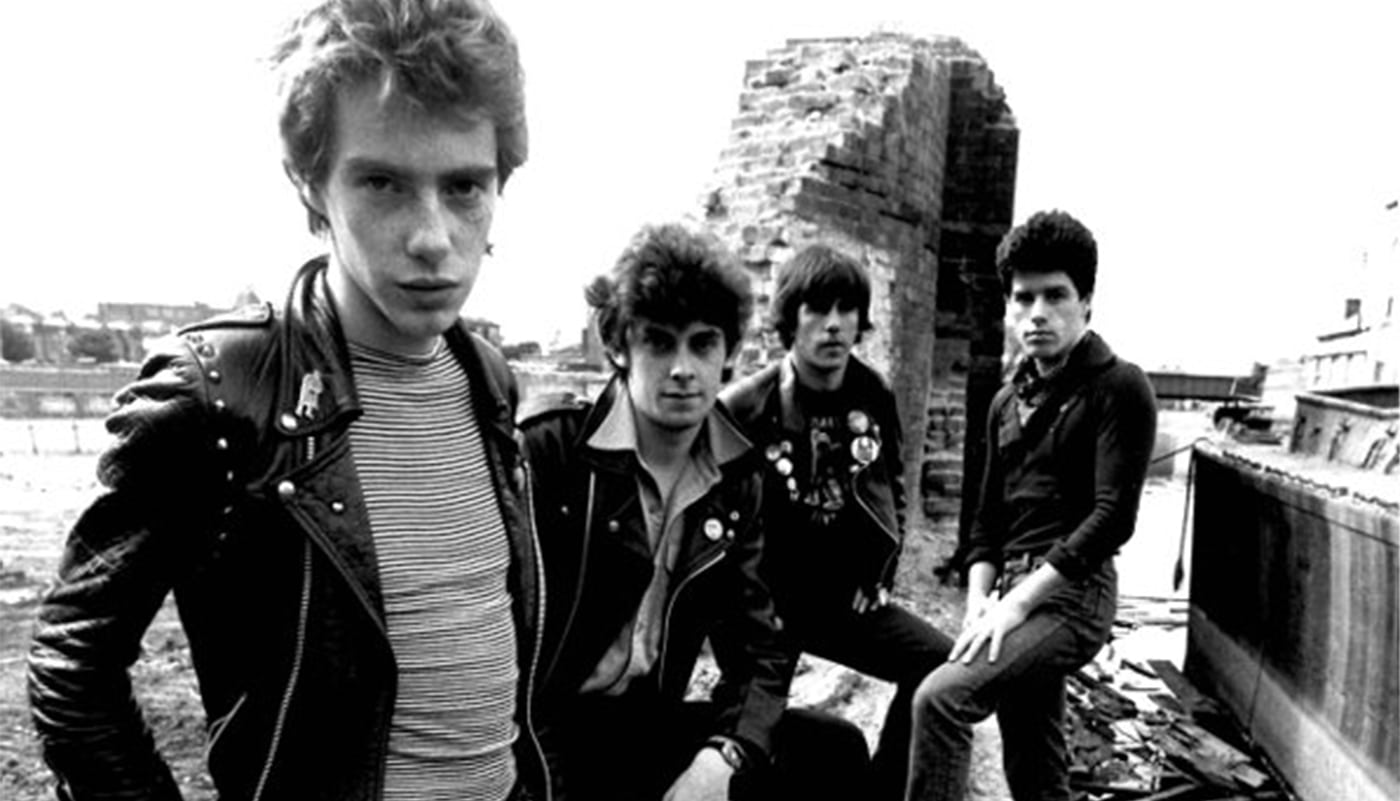 It's not a concept album as such, but it does tell a very real and honest story from it's beginning. It does however serve as a time capsule which could be dug up in one hundred years to show the perspective of that youth culture. What is seen here are everyday aspects of Northern Ireland; this is not escapism for them, no love songs or romantic tales to get lost in.

The art the album paints is a picture of war and those caught up in the fire that raged through their minds.

2019 will be the fortieth anniversary of this release, its very direct subject matter should be celebrated as we come very close to the finest record released by a band from these shores.

We start with Suspect Device, the first track and single release off the record, “They take away our freedom, in the name of liberty”.

Jack Burns spits venom forth with the frustrations felt in his 18-year-old mind - from start to finish it's relentless with passion.

When State of Emergency kicks off, it is as if you are listening to a heavy metal band. The years covering Deep Purple numbers show, but again Burns' snarling vocal is direct and executed with style. Henry Cluney's guitar work is staggering with its precision and acts as a perfect foil for Jake Burns' delivery.

Segueing nicely into the Here We Are Nowhere, not a misspelling in this one-minute of power punk. There’s a ripping guitar solo that dominates the core of the tune.

There are sharp and short direct songs such as No More Of That - these simple aggressive anthems push the album forward.

Handclaps lend a slight glam rock feel to Barbed Wire Love, a rocker and the third longest song on the album. A '50s style refrain, ironic or not, works fantastically well in this twisted love song.

Then again White Noise drags us back in, an anti-racism view of the 1970s, similar here to The Clash in sentiment. "Green Wogs" was one of the most direct quotes of racism towards the Irish which ends with a sizzling climax.

In Breakout there's the simple leaving home song done with an SLF perspective.  Leaving home, the city, leaving the depression and uncertainty behind while encouraging others to do the same.

The brilliant Law And Order is an absolute cracker which should have been a single on its own. The Ramones sound is evident again - the guitar like a buzz saw cutting through the speakers as it tears free.

The track Rough Trade is no reference apparently to the record label, more another slap at the government: “Why did you lie to us?” repeated as the track closes. 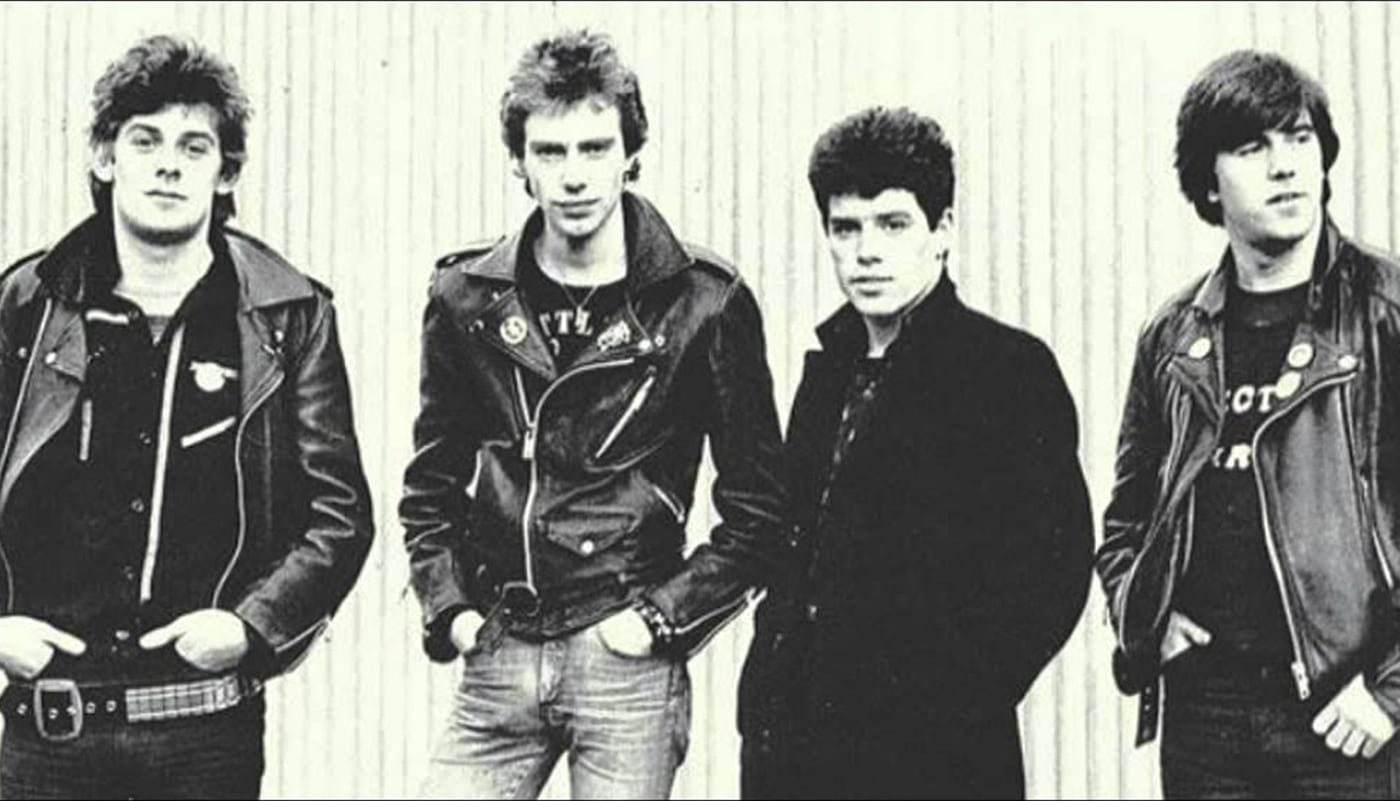 Opening with marching drums before that buzz saw guitar cuts in Johnny Was has a riff which would not be out of place on a Black Sabbath record, but uniquely sung, quite softly at times too. Their influence over the Bripop bands of the '90s becomes clearly evident. This is also the anomaly on the album, weighing in at just over eight minutes, a worthwhile contradiction to the first half of the album.

The second single Alternative Ulster, with the battle cry of “grab it, change it” acts asa call to an end to the bleak existence in Ulster and in Belfast.

The tag line in the ‘A’ and ‘B’ side of the single is as direct as the album: ”Punk is dead, but we’re still dying”.

The half spoken Closed Groove is a very Ian Dury style track that ends the album politically as it started, ending with the ringing of a telephone.

The message within the album that the listener latches onto can be viewed as this: that freedom should not be something that has to be fought for, it should be a human right.