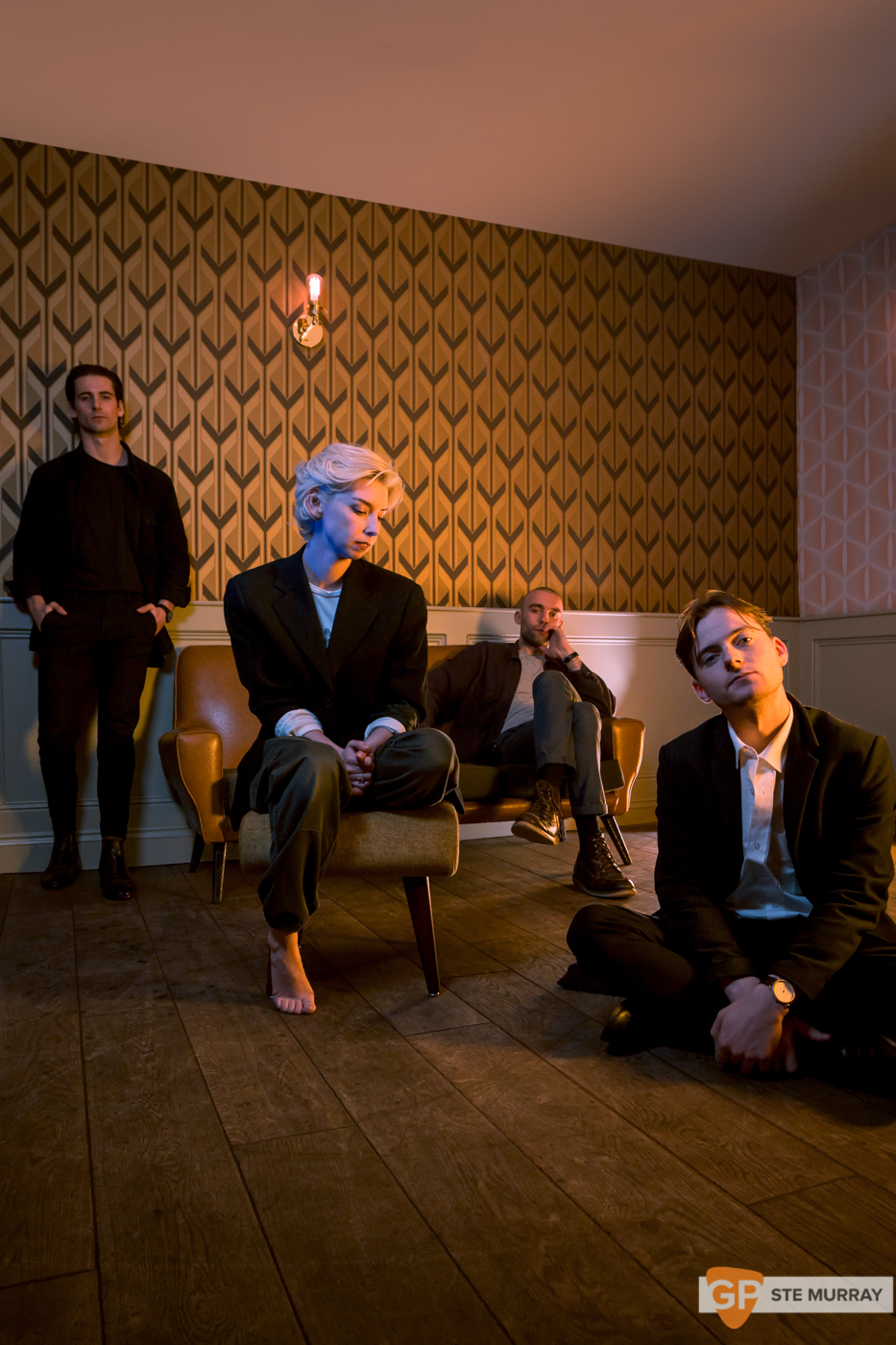 “There was definitely a period when we were working out what we wanted and did we really want to pursue this – because it’s a huge undertaking and we were essentially starting again from scratch.”

Sitting upstairs in Whelan’s ahead of a headline gig on a cold December night, Faye O’Rourke discusses the origins of Soda Blonde. It’s a classic story about growing up, moving on, and figuring out what to do when the band you’ve been in since you were a teenager finally plays its swan song.

Faye was part of the five-piece Little Green Cars, which appeared on the Dublin music scene in 2008 with tracks such as The John Wayne and Harper Lee, and released two albums before announcing a break-up in March 2019.

“There has been no terrible calamity, no heartless betrayal and no punches thrown,” the band said at the time. “Rather, this simply feels like the right thing for us, both personally and artistically.”

It was perhaps surprising then that four of the group’s members – Faye, along with Adam O’Regan, Dylan Lynch and Donagh Seaver O’Leary – announced two months later that they had something else up their sleeves. They were embarking on a new project, Soda Blonde, with no label, no management, and no Stevie Appleby serving as frontman.

Now, as they prepare to return to the Whelan’s stage with a fresh new focus, guitarist and keyboard player Adam says that when Little Green Cars “came to its natural conclusion”, there wasn’t a sense that they’d be hanging up their instruments for good. 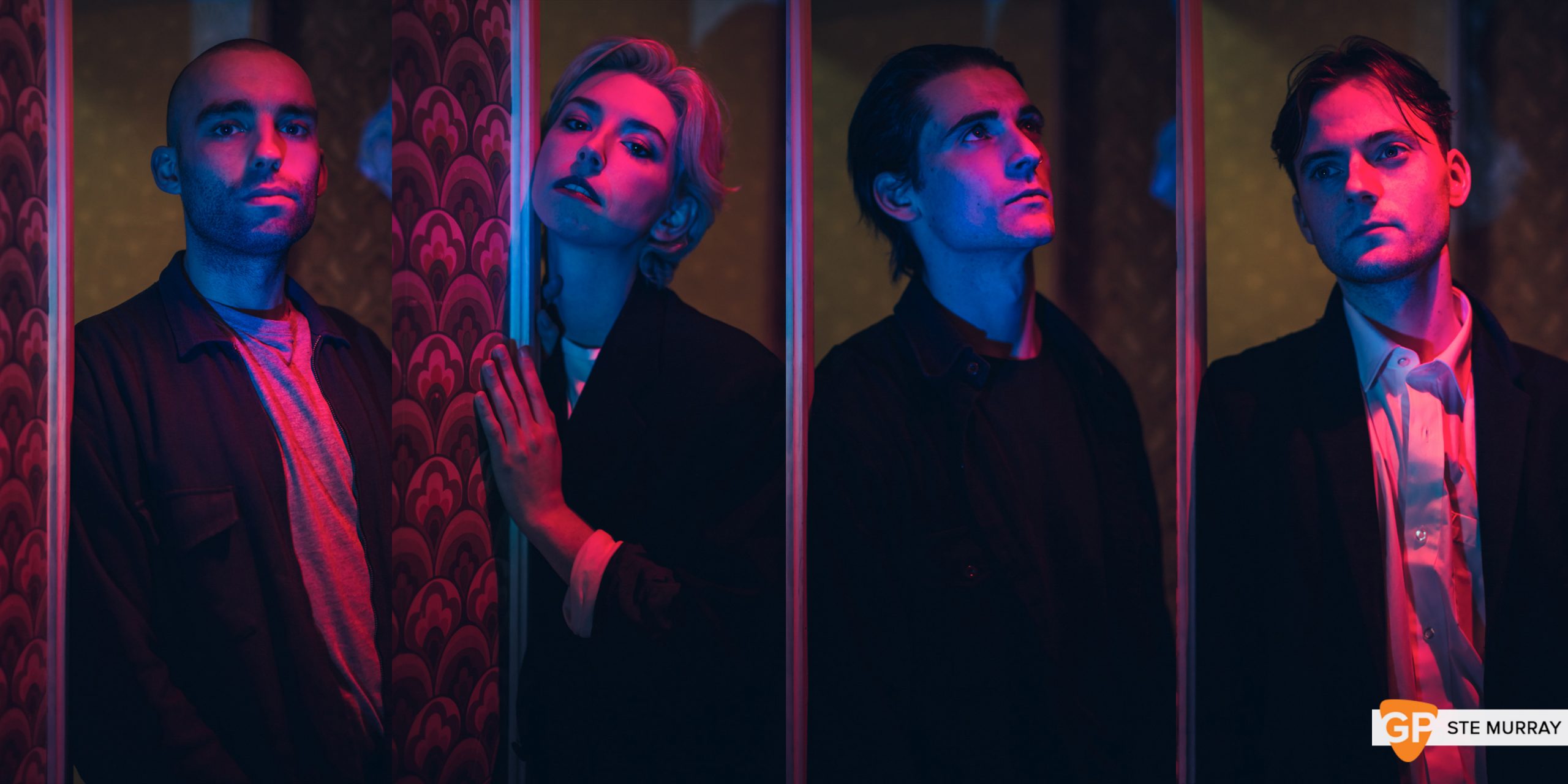 Although it was clear that music was still going to be part of their lives, initially it wasn’t obvious what form that might take – or if they would continue working together without Stevie, who is now taking a break and pursuing his own projects.

“There was a worry, a few months of thinking, ‘I’m 26, I didn’t go to college, I don’t have a degree, what am I going to do?’” Faye says. “I went over to London for a couple of days with no money and tried to have a few meetings with people I remembered with good connections, and it was a really difficult time.”

But Adam quickly jumps in with support. “At the end of the day, I think there’s nobody else that any of us could envision working with,” he says. “It takes a long time to develop that sort of shorthand where you can communicate effectively and create things effectively.”

“It’s a chemistry, it’s a relationship, working with someone creatively,” Faye adds.

“And a very unique one, as well. You don’t come across that all the time,” Adam continues, as their back-and-forth highlights the natural rapport of friends who have grown up working together.

After a “bit of humming and hawing for a very brief period”, as Faye puts it, Soda Blonde officially debuted in May 2019 – organising a secret gig in Hogan’s [see photos here], appearing on the Late Late Show and unveiling their first track, Swimming Through The Night.

This was followed by an EP, ‘Terrible Hands’, which gave a taste of what this project is about and how it might differ from any previous material. More electronica than Americana, the tracks that have been released so far suggest Soda Blonde have ditched the indie-folk of Little Green Cars in favour of 80s-inflected alt-pop. But, according to Adam, there wasn’t exactly a sudden decision to go in a distinct musical direction.

“I guess there was two and a half years where we were working on the third Little Green Cars album that never came to be,” he says.

“So when you’re working on music and writing music together, you’re not really thinking in terms of ‘this is an album’ – we were just creating, creating, creating for about two and a half, three years. We wrote so much music and eventually it started going in different directions. It wasn’t a conscious decision – today we’re doing ‘pop music’ – we just started writing music that we wanna hear and that we love.”

With ‘Terrible Hands’, the group created a warm collection of tracks that quietly pack a punch. From the stripped-back seduction of Perfume to the sleek synth of The New Lovers Dance, the EP oozes with retro charm and echoes of late Fleetwood Mac, Annie Lennox and Kate Bush.

“It’s hard to remember what we were listening to at the time, because it was over an extended period,” Faye says, but she and Adam list off influences from Joni Mitchell to Massive Attack.

With a new band comes new roles, however, and Faye in particular has stepped into the limelight more as both a singer and a songwriter. This increased sense of “ownership”, she says, has helped boost her confidence and her creativity.

“I had written songs in my early twenties and mid twenties that I felt needed to be released,” Faye adds. “The music is still raw and I’m writing from a very deep place, but it’s been really fun to do this new project and to perform the songs the way we’ve been doing them.”

Still, there seems to be a wider creative focus for Soda Blonde than just music. Artwork and visuals have been done by the group themselves – with Adam taking on directing duties for the Swimming Through the Night video, which dramatically accompanies the track like a Freudian, David Lynch-esque nightmare.

“Adam’s massively into film and photography, I am also,” Faye says. “We definitely had big influences on that side of things. That was the real liberating thing about doing the new project. I think that really helped people embrace Soda Blonde as a new thing because it looks so visually striking and it is something different.”

Adam adds that it was almost like “a visual art project” before it was a fully formed musical concept. “In that interim time when we weren’t sure exactly what we were going to do after Little Green Cars, the first thing Faye articulated was that she wanted to explore this more visual avenue,” he says. “That’s been so important to the band so far.”

After a decade of Little Green Cars, starting from scratch has given these four artists the freedom to explore and experiment, and find what it is they really want to do now as a group. But, naturally, this comes with challenges as well as benefits.

“It’s been great. We don’t have a label, we’re not making any compromises,” Adam says.

“We have no money,” Faye jokes. “But we have ideas!” Adam quickly adds, with an optimistic shrug. 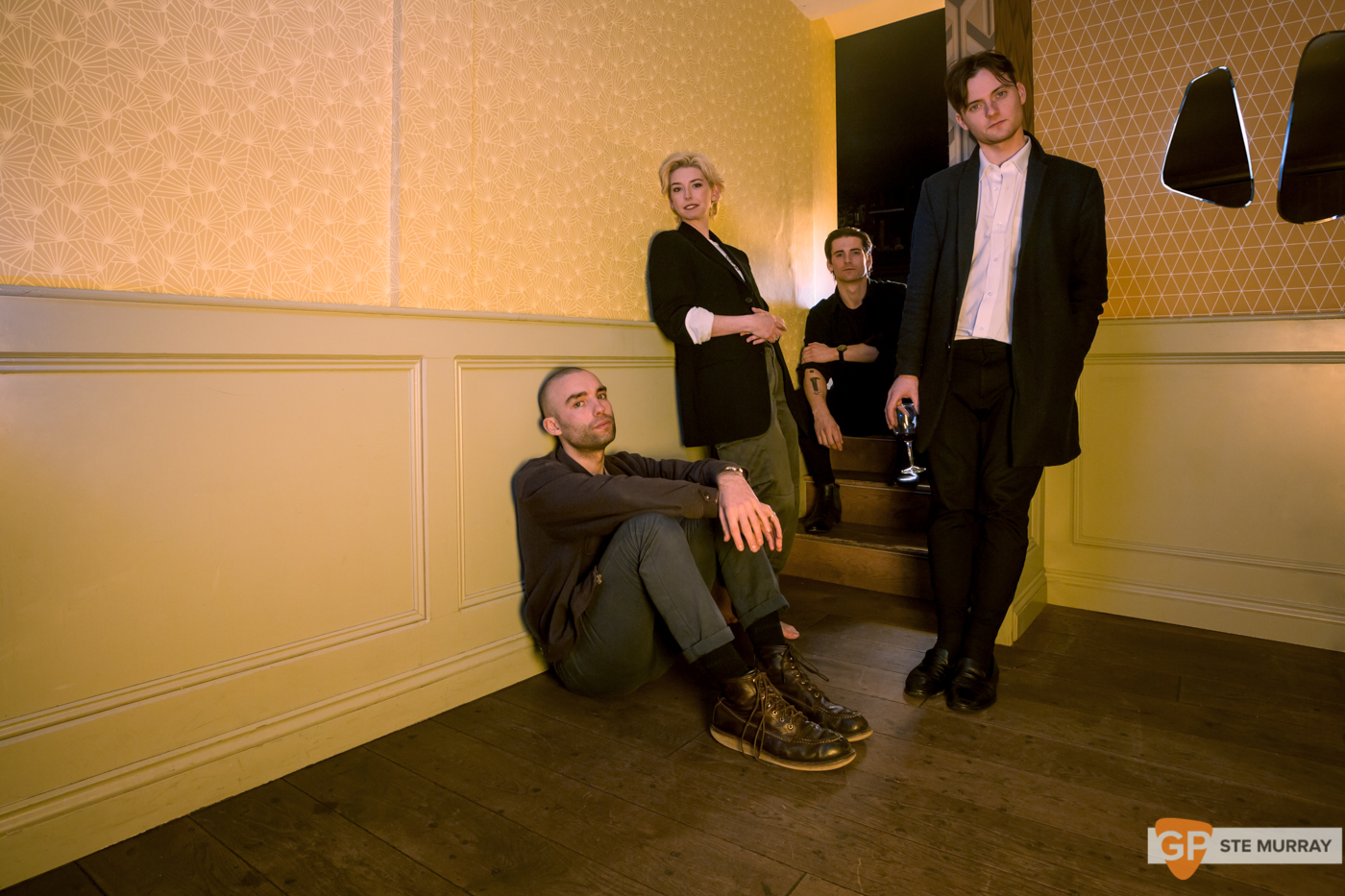 The pair admit that there’s still a lot to do, but so far the group has just been focused on getting their work out into the world, playing smaller venues and finding a new audience.

“Obviously you’re gonna have people coming to the shows who were Little Green Cars fans, but this is a new thing for people to digest,” Faye adds. “We have such a confidence and experience from the previous project behind us, which adds to what we’re doing here. To actually undertake a new thing and start from the ground up – we wouldn’t do that unless we really wanted to.”

So, what’s next? Soda Blonde already have a few big dates marked in their diaries, including a spot at Live at Leeds and supporting Sinead O’Connor in the Iveagh Gardens next summer.

“I think we just want to play as many gigs as possible,” Faye says. “New material, an album is more than likely on the cards for 2020.

“A lot’s happened in the last six months – more than we could have expected or anticipated. But it’s just great to be able to play music.”