Dublin duo Bicurious are this month's special band at OSLO, a monthly event at The Workman's Club in conjunction with GoldenPlec. Guitarist Taran Plouzané spoke to us about their beginnings, the instrumental scene in Ireland and being political in music. 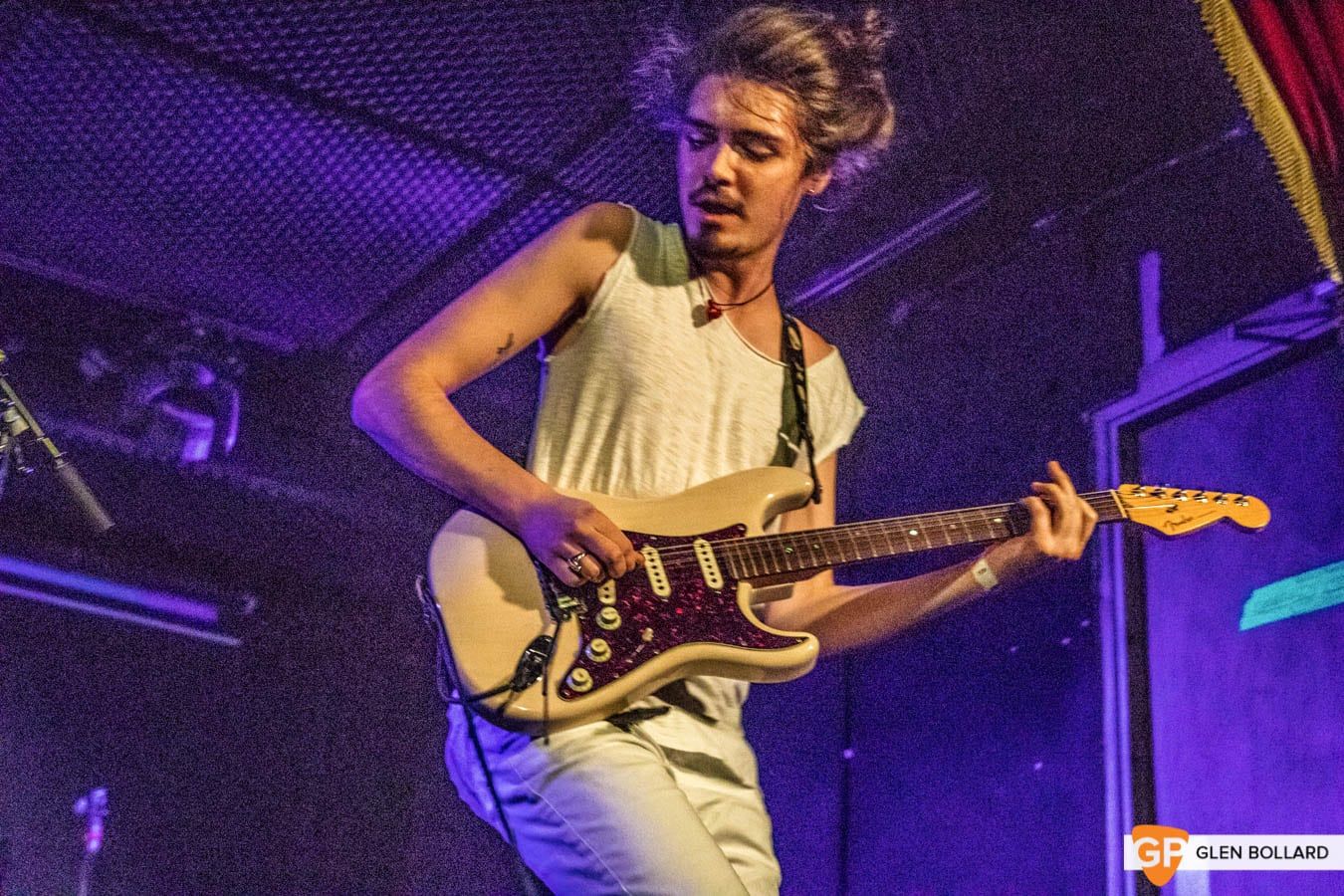 How did you all meet and when did you start making music together?

We met at an after party one night, I had an acoustic guitar, Gav had a pair of drumsticks and he started using a couch as a drum kit.. We’re in college together, so after that we just decided to hang out and jam. We were originally supposed to jam with a bassist but they never showed up so I just plugged my guitar into the bass amp, and the rest is history!

What was the recording process for 'I'm so confused' like?

It was great, we went over to a studio in Macclesfield in the UK to record with a personal hero of mine, Tom Peters. We did 4 tracks over 4 days and I think it’s possibly the most comfortable I’ve ever felt in the studio. Having just 2 people in the band makes the whole thing more relaxed and easy in my opinion.

‘Fake News’ is obviously very political, why did you decide to include these issues? Were you worried at all about how people might receive it?

To be honest, originally we just though it would be funny to have Trump talking shite on one of our tunes. But I had to sit through an entire hour-long speech of his to take out the best bits, and it made me realise that it was kind of important that people heard the crazy shit he can come up with and how horrible his view of the world is! (if they hadn’t already)

I think if an artist or an athlete has a political opinion they feel needs sharing, it’s important that they do; as they are often in the spotlight, their opinion will be heard and listened to by their fans. These fans might not necessarily follow politics, or might not trust politicians, but they might have more trust in their favourite band or public figure. The current social and political situation being what it is for young Irish adults these days, I think it's really important that we get involved in as many causes as we can, because we're the future, and things are only going to change for the better if we take action together. Sorry for the rant, but I actually really do think it's important! And music is just our way to bring these issues to the table, 'cause we're not necessarily very good with public speaking or anything like that.

How do you feel about the current state of the Irish music industry?In particular, what do you think about the instrumental music scene?

Since I’ve started being involved in the Irish music scene (around 2012) I’ve always been amazed at how much talent this little island has to offer. There’s loads of cool new bands coming out all the time, contributing to the quality of the scene that’s already there. One of my favourite Dublin bands at the minute is Tribal Dance, who we’ve played with before and who are actually launching a new single in the grand social the night of our show! Theirs is on earlier so you can catch us both.

As regards radio, I think it’s hard for daytime DJs to play a lot of independent Irish music because of the heavy focus on playlists, so unless you’ve got a hit or you’re signed or have some good PR you’re going to have to rely on late night radio or specialised shows. Saying that, people like John Barker at 98fm or the guys at 8Radio are doing great things for indies like us! Media-wise there’s a lot of good blogs like GP that are willing to push smaller bands which is really helpful in getting the right exposure. There's definitely still some unreal instrumental bands throughout Ireland, like Chancer, Megacone and loads of others. I doubt we'll ever run out of instrumental bands, it's just a matter of bringing more attention towards them!

What are you listening to at the moment?

I'm listening to a lot of electronic music at the moment, which I think is influencing the way we write quite a bit. Moderat comes to mind straight away, as well as Thom Yorke's solo stuff which is just genius. Nine Inch Nails is another one I've been getting into a lot lately! I really love the mix of rock and electronic music.

What are some albums that have influenced you?

I'll have to say Val Normal's 'Fly The White Flag of War' is right up there, as they were the first Math-Rock band I ever heard and I became good friends with the lads over time. Alpha Male Tea Party's 'Health' is also a huge inspiration for me. 'Racecar is Racecar Backwards' by Reuben is a really important one as well, and I think Jamie Lenman is probably my favourite vocalist ever. Going back further, the obvious ones like Led Zeppelin IV, or NOFX's 'Punk in Drublic" and even Ben Harper's "Burn to Shine" which was the album that made me want to play guitar when I was a kid.

How do you go about capturing your sound when you bring it to a live show? What can people at OSLO expect?

To be honest we just try and play as loud as we can and make the audience feel the energy that the tunes have. I always try and picture the audience getting into it when we're writing a song, which helps us make creative decisions. This show will be a special one, as we haven't done a Dublin headline since March, and we have a few new exciting things planned. We're slightly shitting it!

What is the plan for the near future?

We're heading into the studio a couple of days after the show, and that's about as much as I can say! But there will be new stuff very soon.

Be sure to catch Bicurious on Friday the 7th of December for a free show at OSLO!