At GoldenPlec, we are committed to providing the best coverage of music in Ireland as we possibly can, both in our words and in our pictures.

We have a talented and prolific set of photographers in our team of volunteers that make GoldenPlec tick over.

But there are problems we face that makes us pessimistic about where the future of music photography seems to be leading. There is a sickness in how photography is valued; one that is spreading across many industries.

The problem is image theft. Whether intended or not, images are taken either before, via contract proxy, or after publication; whereby images of a band are considered to be free to take and use online for personal websites, social media and blogs. 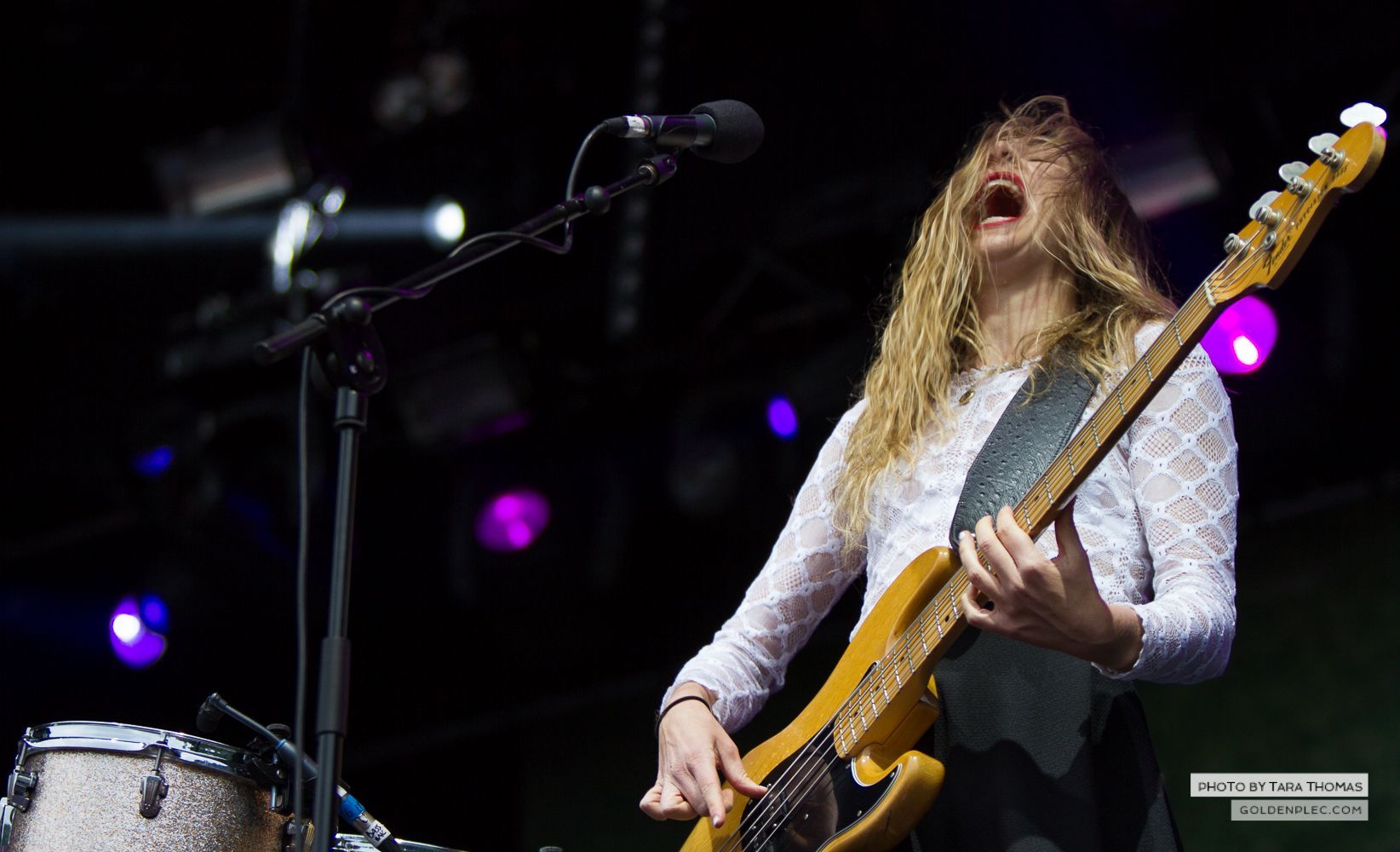 Music photographers inhabit the barriers of gigs every night of the week, shooting so many of the shows happening in Ireland and around the world. Each publication sends their photographer down to a show after being granted approval to shoot the band.

Win-Win, right? Well most of the time, when a band reaches a certain stage, management and PR get involved and occasionally photography contracts are used to limit the use of the photos.

Now there are two main kinds of these releases (or "contracts" as band mdanagement call them). The first limits the use of the photos to the publication in question, covering the band from the possibility that the photographer or publication might decide to use the images on t-shirts or mugs or lunchboxes etc etc or sell the photos on as posters.

This is to us, a justifiable protection of their bands image and rights. The band don't exist to allow photographers sell unofficial merchandise, which, legally, would require a model release from the subject of the image.

The second kind is known affectionately in photography circles as a "rights-grab contract". This effectively requires the photographer to sign that they will provide the negative/RAW image files to the management company for use however they see fit and that they get "right of approval" over what images are published on the publication that the photographer shot for.

This is something which is not particularly pleasing for a publication who are providing, effectively, free advertising of the band. This should never happen. It is effectively an attempt to censor press coverage for your own needs. It, therefore, is not honest or real.

While a band is entitled to control their image in this way, many photographers will walk away from shooting the show rather than spend hours shooting and processing only to hand it over to a band; who now didn't have to pay a photographer to get photos of their gig. Imagine hiring a wedding photographer and as he arrives at the venue, requiring him to sign a release of the ownership of all the photos from the day over to the married couple. Is he staying to shoot or calling a taxi?

One thing that seems to be pretty unclear to many bands, promoters and PR agencies is the use of photography of a band. Copyright law states that the creator of the content is the owner. Thus a photographer, who frames the image and releases the shutter, thereby creating the image, owns the pictures. They are his/her art, regardless of subject and unless, as above, he/she signs a pre-contract signing away his/her rights, they belong to the photographer.

Unfortunately, there is a growing trend where bands will see photographs of themselves in a publication. They then save and use the photos online, perhaps on their social networks or band websites. These photos are often cropped, removing watermark of the photographer in question, who often receives no credit at all. And by credit, we don’t mean payment.

Often a photographer, when asked for the use of photography online, will be offered credit for the photos; the photographer hoping the acknowledgment of the talent behind the photographs will lead to further work. That's a great idea in theory, but in a world where most people want to pay with "credit", it's a vicious cycle.

The often used phrase when a photographer quotes a price for digital use of an image (as photographers would license their images based on how they will be used), is that there is ‘no money in the budget for photography’. It’s incredible to think that, in all the preparation it takes to make a tour happen, photography is a forgotten item in every budgeting plan.

What has been created is a race to the bottom where as there is no money for photography and photographers will constantly have to undervalue their work in order to do any kind of business. Credit does not pay the bills.

Ignorance is also an often cited reason for the use of imagery online. The band or management will claim they didn't know it wasn't OK to use an image on Facebook, Instagram, Twitter as they are social networks. They thought it was OK and they were sharing what they believed to be great work.

However every social media page for a band is effectively a marketing tool for a band. Each share, like and comment is interaction and promotion of their band. It's advertising, and they haven't paid for the content in the advert. 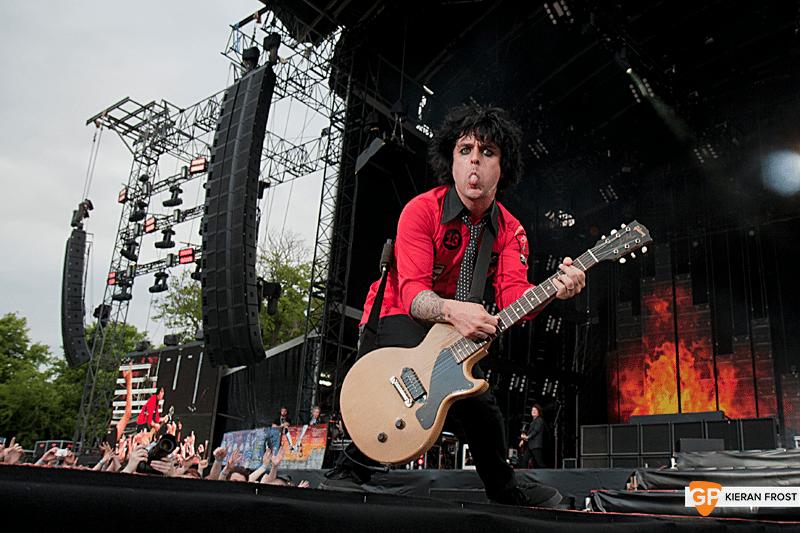 It's bizarre that the above can happen in an industry that every day is fighting the theft of music online. Music piracy is the most talked about Achilles heel of the music industry and how digital has killed sales of the physical album.

It's not hard to see how a bands art (their album, songs) being stolen is of highest priority to them. It's their art, and that makes it very hard to see how they can then be so blasé about stealing the art of others. Having read multiple music photography forums and websites, the issue is massive across the world.

A recent story on PetaPixel showed a band replying to a photographer, who contacted them highlighting they were using his/her image without permission or credit. [Read the story here]. This is one example in a sea of stories, and how the band react is a lesson for all bands in how not to respond. The internet makes digital material just too easy to steal, and it is stealing.

There is also another opinion that giving photographers permission to shoot a band is a privilege, and they should not be looking for payment from management because they have done them "a favour". Most photographers in any pit will be shooting for some form of publication. That publication, in turn, is going to post pictures and a review, promoting the band. Essentially free advertising.

Generally, that's a free process: it's a media-band quid-pro-quo where access is given in return for coverage. Unless a photographer signs a release, giving the rights of his/her photos to the band, he/she is the creator of the art and owns it. So if you want to use it, you need to pay for it (or at the very least ask).

A landlord would not accept likes or credit on your Facebook as payment for rent, nor can photographers accept such for their work. It is their job. Often, this is too quickly forgotten.

Another "thought" bandied about is that a photographer just takes an image, where a bands music is stolen, they have created it, paid to record and produce it etc, etc. Bands and management conveniently forget the cost of higher quality lenses, allowing photographers to shoot in the dark, moody, red, blue and green driven show lights scenarios produced at most shows.

The camera bodies themselves can cost thousands, with the lenses racking up as the requirement to be capable of shooting from the back, front or middle of a venue can arise last minute. Photographers travel to the gig (public transport or petrols costs apply) while they also spend hours after the gig processing these images and taking them to the standard you see online. The point here is it's not just ‘shoot, export, looks fantastic, publish’.

Parallels can be drawn in the same arguments musicians rightly make about getting paid for gigs, thus incurring costs: travel to venue, expensive equipment, hours upon hours practice, expenses on the night etc).

Work, effort, training and time are put into every set of photos published by any photographer. 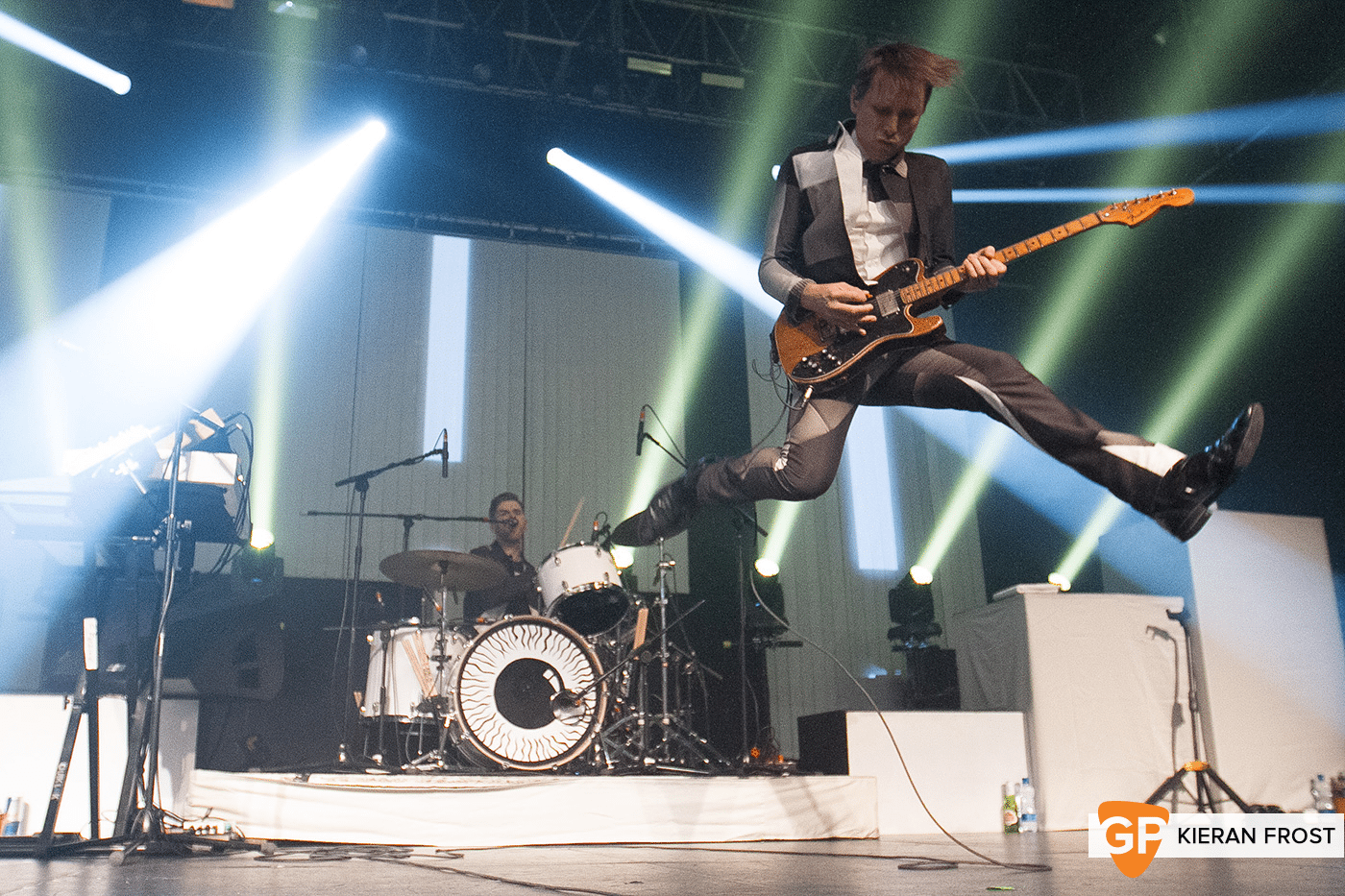 So what can we do to stem the tide of this race to the bottom? We can start to value people’s art online, and this goes for all art, not just photography. Photos, software, albums, games.

Stealing music online isn't right, you wouldn't go into a HMV store and just pick up the album and walk out, expecting no consequences. However digital tools have made doing just that from the comfort of your home just too easy.

In the same way it's just too easy to take a great shot you see in an image gallery on a publication, or on a photographer’s Facebook page, and upload it to your blog/website/social network. So think twice.

It must be added that not all photographers on the planet seek payment, some of course are more than happy to agree for single/multiple shots being used on social media etc. The point here is that you still need to enquire and not assume any of the above. A simple conversation/question is all it takes.

With that in mind here are some guidelines on how to respect photography online:

Image use has grown in recent times with the explosion of blogs and fan-sites meaning that images are effectively stolen on a daily basis from hard working photographers. Most of the time, photographers will work with the likes of fan-sites and blogs for credit as they are not money making entities (mostly), but in the situation where a photographer deems the blog or site to be money making, they will probably not just settle for credit and will seek compensation for the use of their images.

The most important thing to remember is, they are 100% right and if they involve a lawyer, you could end up paying out a lot more than the original bill.

So if you've mistakenly used an image and a photographer contacts you about it, explain your mistake and offer to remove the image from your online presence. Most photographers would generally be happy with such compliance and the removal of their work.

If you want to keep the image, they will quote you for the use of it. The important thing here is that in all cases, the photographer must be satisfied with the outcome, as they are the one in the good standing side of the law.

On GoldenPlec, we make it a policy to try only use images from our photographers (who expressly license the use of their images to GoldenPlec) or supplied press images or album artwork. If an image is used in error, we have a policy of takedown instantly in line with our terms of service documentation. This should be the absolute minimum for anyone else out there using photography of others in our opinion.

It's also important to add that the majority of bands or management do not have an issue with photography and are only too happy to pay for amazing work, knowing it is to be used in commercially promoting the band.

These bands and managements know and understand the law and while they might ask to use it for credit, will know never to use it without permission. If this could become a permeating aspect in the music industry, perhaps more music photographers could be working their job full-time, instead of jobbing around for work, as their last pay-check including 72 likes and 28 shares. Great exposure, but doesn't really pay the bills.

See photos by our team from gigs all around Ireland.