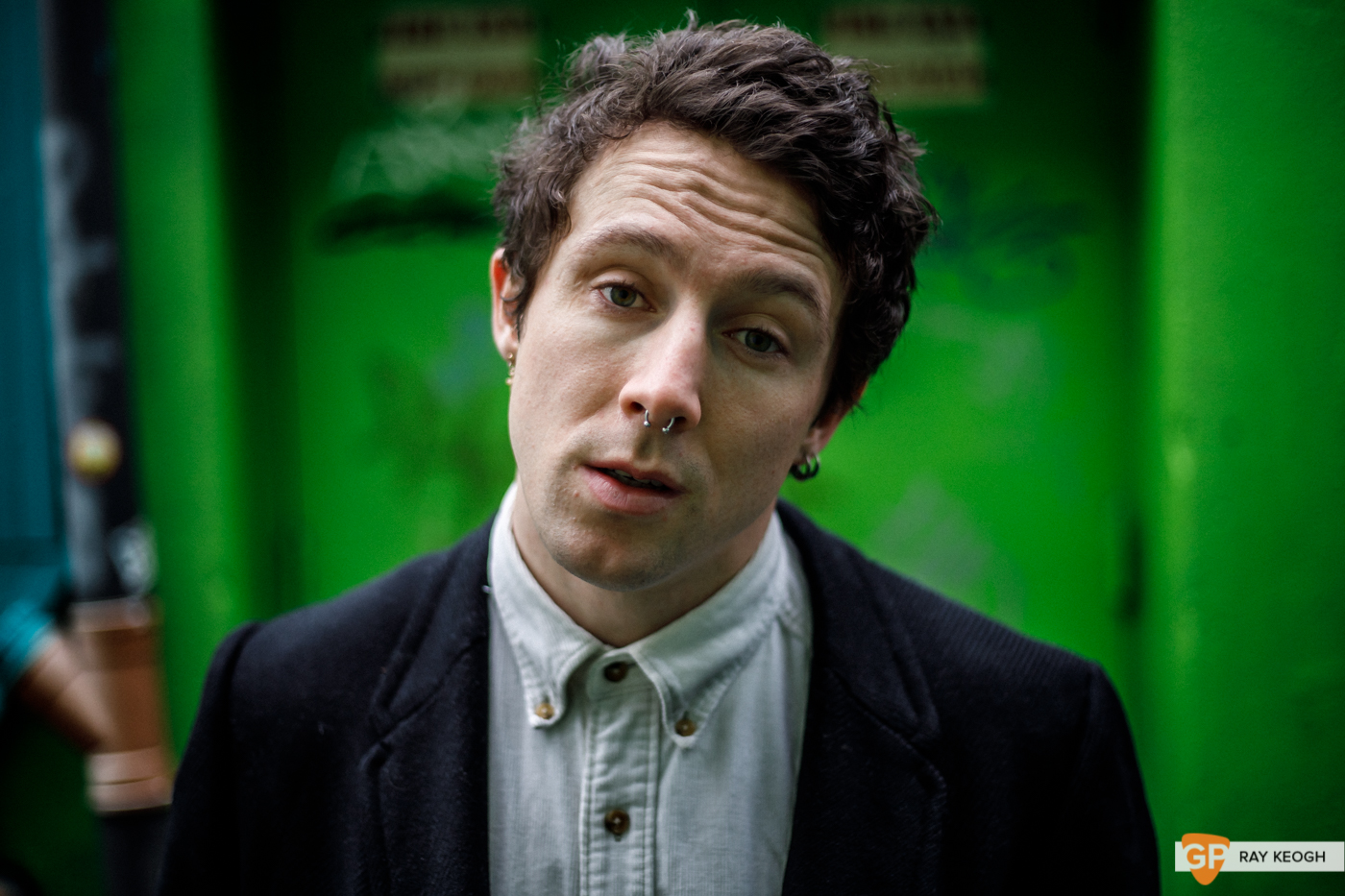 Music is so often linked with significant moments in our lives. When you’re going through a messy break-up, it’s there to console you, when you’re pissed off with the world it can help you to forget it and when you feel lost, it can help make sense of things. Grief is something we’re all touched by and music can be a crutch to lean on.

For Waterford singer-songwriter Moncrieff, (real name Chris Breheny), music became a huge part of his life following a sequence of tragic events within his immediate family.

“When I was 17, I lost my sister and lost my brother, my family life was just crumbling. Everyone else was trying to figure out how many points they needed for their CAO and I was like ‘I just want to fucking see another day, you know!’

“I know a lot of young guys who have said that when the water rises up, it can feel like too much to put into words. The feelings you have can threaten to overwhelm you and you feel like what is the point in talking about it? Music for me was an avenue of expression, it allowed me to express those feelings that overwhelmed me.” 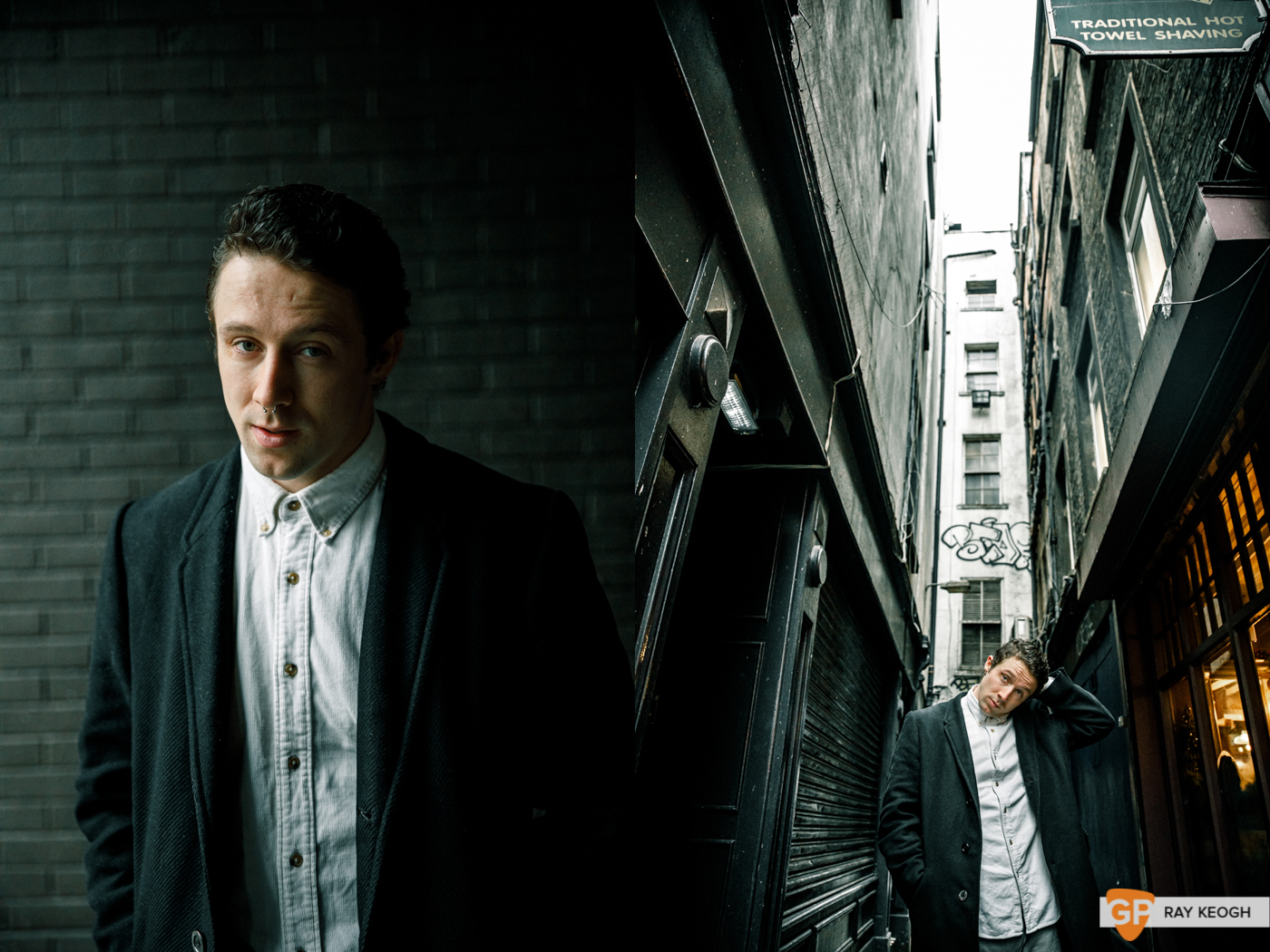 It wasn’t music that initially captured his interest though. Like any good Waterford man, his early years revolved around hurling.

“I played a bit of Waterford Development and Minor when I was younger. I used to get a hard time though because I liked music and liked to sing. The only avenues you had for music at the time were the local choir or musicals. Both of those are social fucking suicide!”

Because of the backlash, he turned away from music for a while, but It wasn’t long though until he was drawn back to it.

“Initially, what reignited the flame for music were these weird voices and discovering people like Ottis Reding, Ray Charles and Etta James. These are people making sounds that I hadn’t heard, like super soulful things. I was being innocently exposed to soul music.” This accidental education at the hands of the great soul singers would eventually lead to him finding his own unique voice.

Moncrieff’s music is probably best described as a mix of classic R&B and soul with a modern electronic twist. Recent single Like I Do has received significant airplay on Irish radio. However, this straightforward pop song, it is by no means a true reflection of Moncrieff as an artist. Songs such as Serial Killer (which has over 2 million streams on Spotify) and Ghost, deal with much darker themes and have much heavier production.

Behind it all though is an extremely versatile voice. Symptoms shows off Moncrieff’s excellent range, while I Don’t Know Why showcases his vulnerable side. 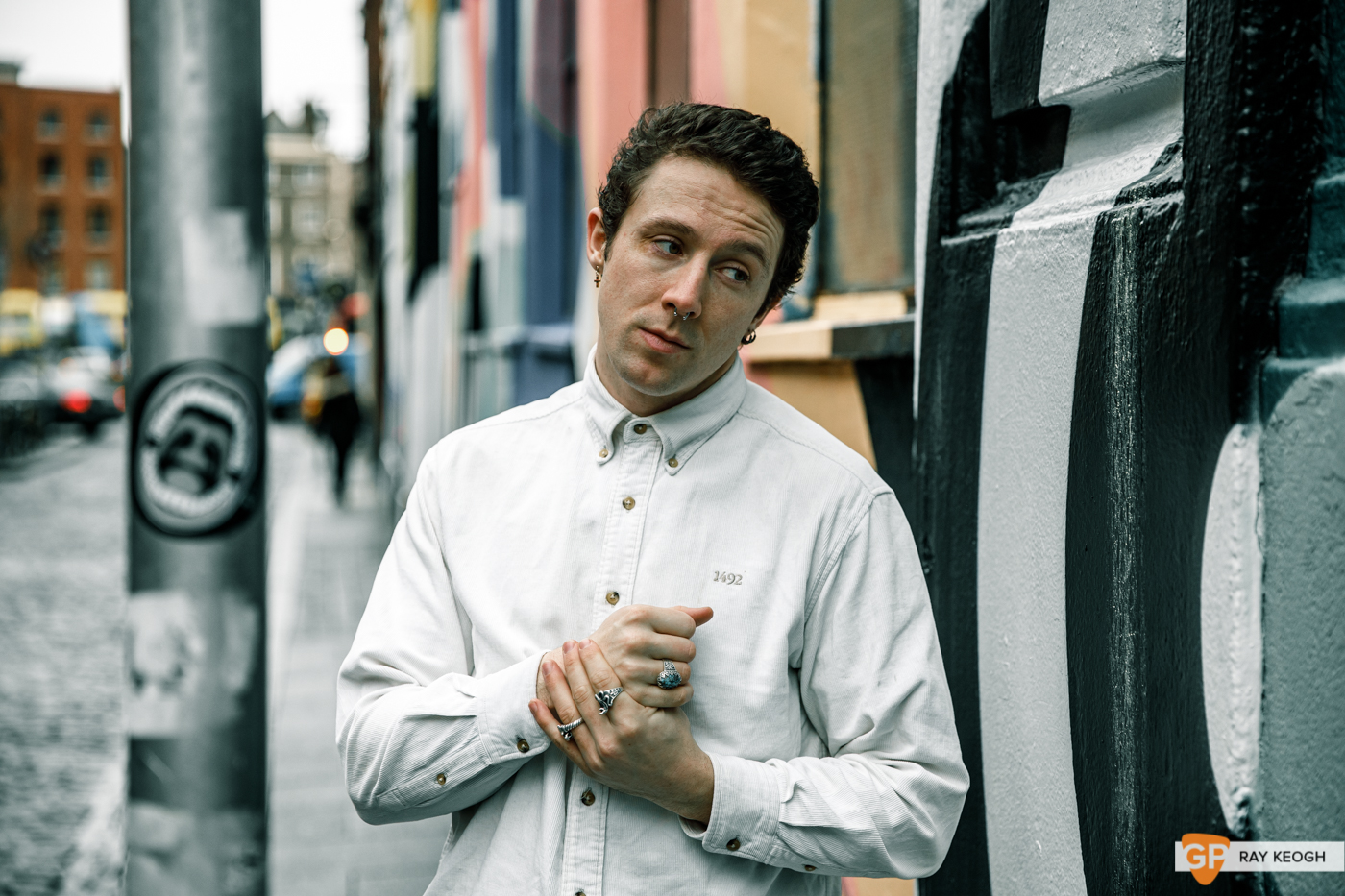 While his musical journey may have begun in Waterford, London is where he found himself as an artist.

At 19, he made the bold decision to drop out of college and move to London to pursue music. It was something he just felt he had to do.

“A lot of things had slapped me in the face at that point in my life and I thought, life is so short. You’re doing such a disservice not doing what you want to do. I was studying law at UCC at the time and I dropped that and said I have to go to London.”

Initially, it was a very tough transition as Moncrieff struggled to make connections in London. For the first two years he spent his time doing open mic nights and honing his craft.

He recalls how daunting his first performance was “I went to this open mic two weeks after I moved to London and the standard was just unbelievable.

“I was super intimidated, and I was just thinking ‘What the fuck are you doing here? Go back to Ireland, you’re not cut out for this’. I was going to sing a cover, but I thought my vocals weren’t even close to what these people can do.

Instead, he decided to sing one of his own songs, little did he know that choice would dramatically change his future.

“I got down off the stage and this guy walks straight up to me, sort of late 20s banker dude and he shook my hand and said, ‘that was amazing’. He introduced himself and said his name was William Scott Moncrieff.”

He ended up speaking to this guy for over an hour and it was at that moment that he realised he had made the right decision in moving to London. 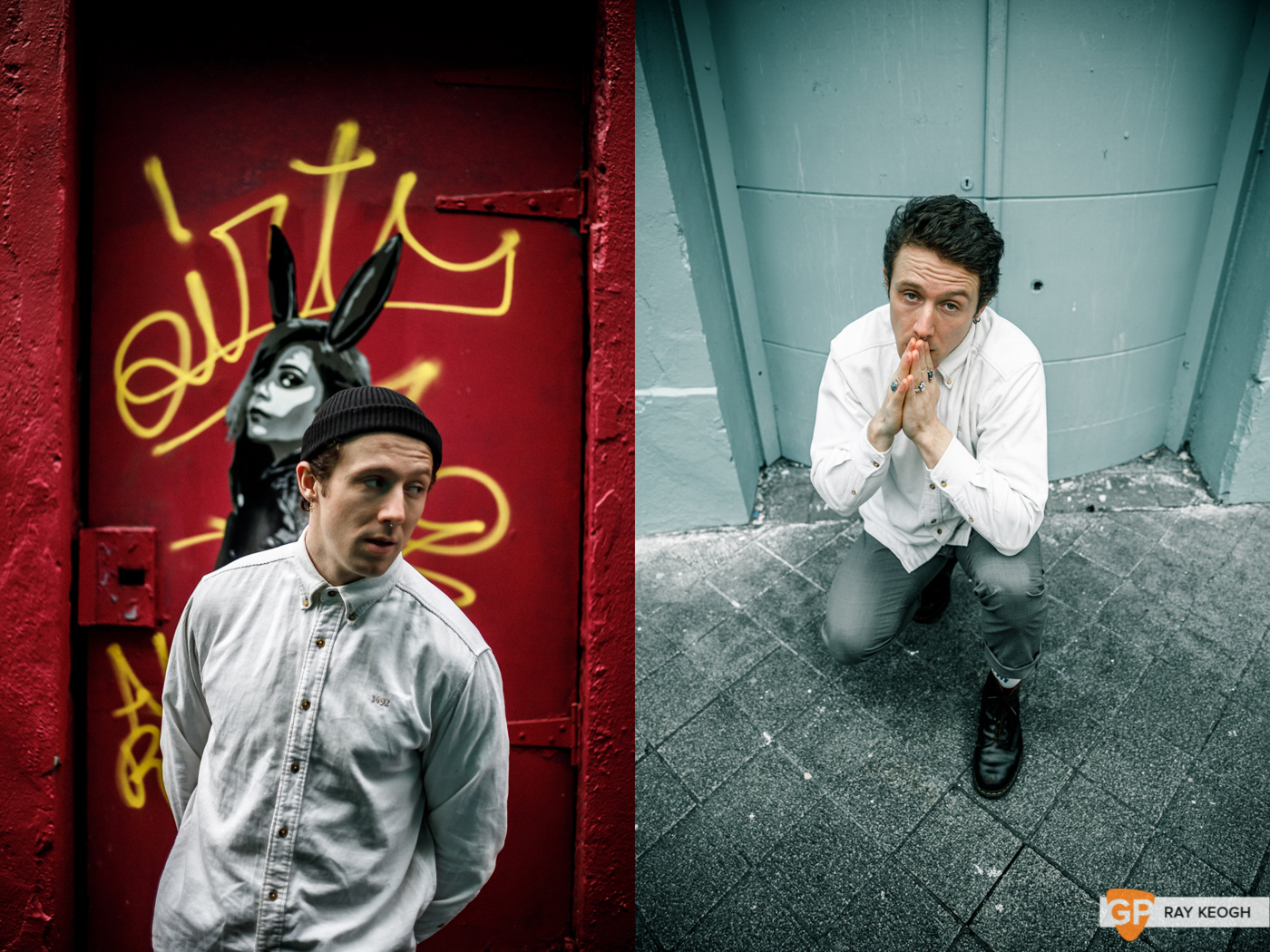 “We had this conversation where basically he had lost a brother when he was younger, and I had written the song about losing my own brother. I just got this feeling that this is something I have to follow, and I am meant to be here.

“I was on the edge of moving back to Ireland and this was like a slap in the face saying ‘you have got to pursue this and you’re doing the right thing."

He ended up taking a memento to remember him “I took his surname then because I thought it was cool.”

Soon after, he was spotted singing at an open mic and was asked to perform at a memorial for one of his favourite singers, Amy Winehouse.

Things really started to take off from there as he continued to develop as a songwriter. “Over the past few years I have written around 300 songs, so my mind is kind of fried!”

In late November 2019 he released his debut EP ‘The Early Hurts’. 18 months prior he contacted his biggest influence, Maverick Sabre. Both have taken very similar paths, coming from the South East of Ireland and moving to London to pursue music.

“I reached out to him randomly on Instagram and said ‘Hey man, I am an artist from Ireland living in London. I have this EP and I would love to get some advice’.”

Having chanced his arm on Instagram in the most Irish way Moncrieff was pleasantly surprised when Maverick Sabre reached out. They now meet regularly to talk about music and bounce ideas off each other.

As an artist, it can be easy to forget how far your music can travel and Moncrieff knows that more than most. His song I Don’t Know Why managed to find its way to Avicii.

While he is unsure how he heard it (seeing as it wasn’t released), the DJ was clearly moved by the song and wanted to include it on his EP. Moncrieff was scheduled to fly over to LA to record vocals, but Avicii tragically passed away. 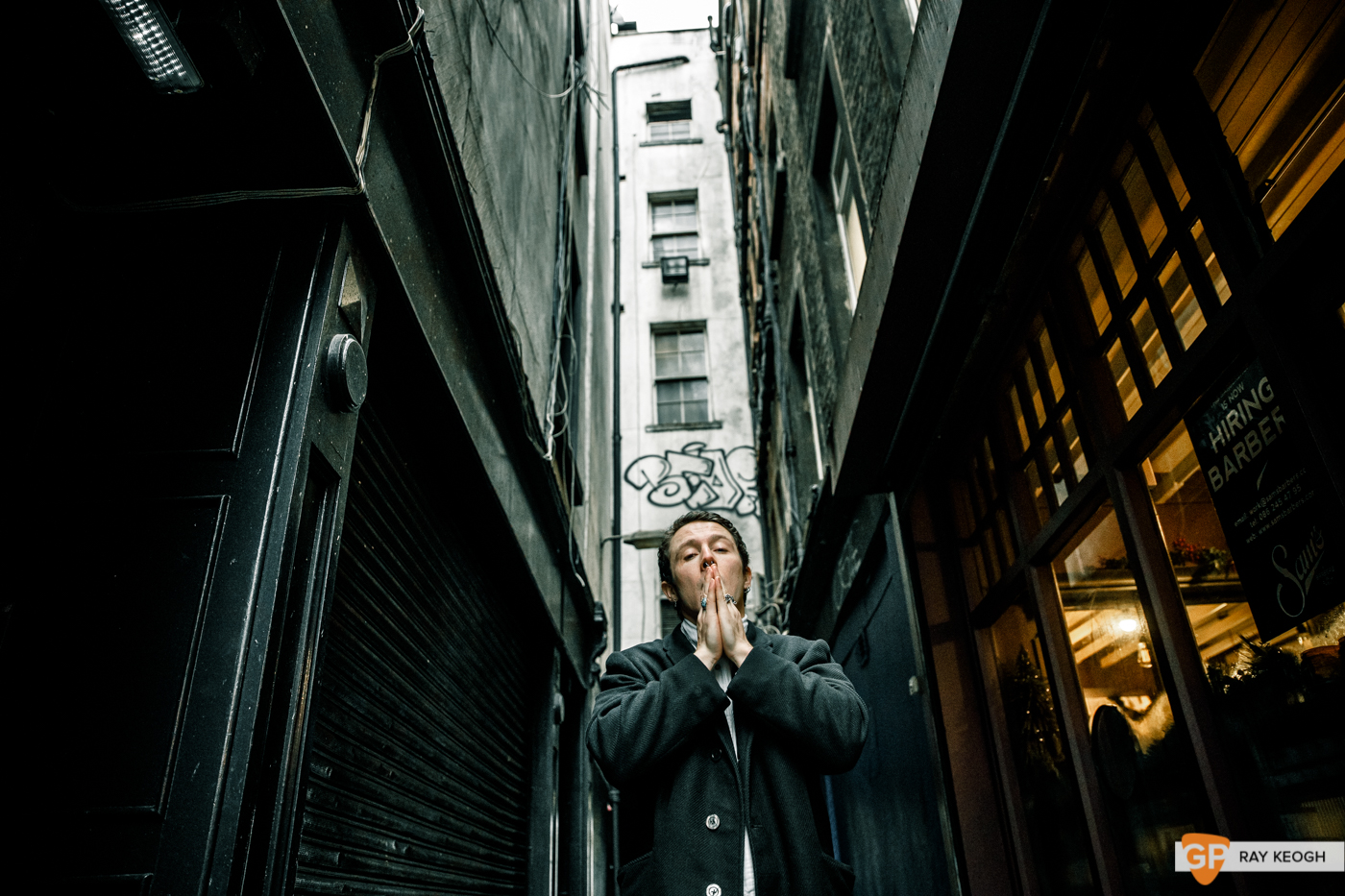 He is still blown away by the gesture “He could have chosen any song from any artist in the world; Beyoncé, Kendrick Lamar or Jessie J, but instead he picked some random dude from Ireland who has no followers. It had a huge impact on me.”

To have someone like that connect with your music is special and Moncrieff knows the power of being vulnerable. He is trying to be like those artists that spoke to him when he was growing up.