We caught up with Martin Byrne, who along with Gareth Stewart (Other Voices/Music City Derry) is the driving force behind The Music Trail at Other Voices, to talk about the Irish music scene and how an event designed simply to keep festival-goers occupied became an accidental festival in its own right.

Back in 2012 the spiralling popularity of Other Voices brought about unforeseen circumstances. The sheer volume of the crowds outweighed what the festival could cater for. St. James Church with its tiny capacity of 80 meant that organisers needed to expand to meet demand from both the public and bands alike - The IMRO Other Room followed and eventually The Music Trail set up in 2012.

“Triona Duignan [then Walking on Cars' manager] did the first one, but she couldn't do the second one because they were touring, so they asked me. I said I'd give it a go for a year, and here we are five years later,” Martin modestly tell us, as if he got the job by accident. 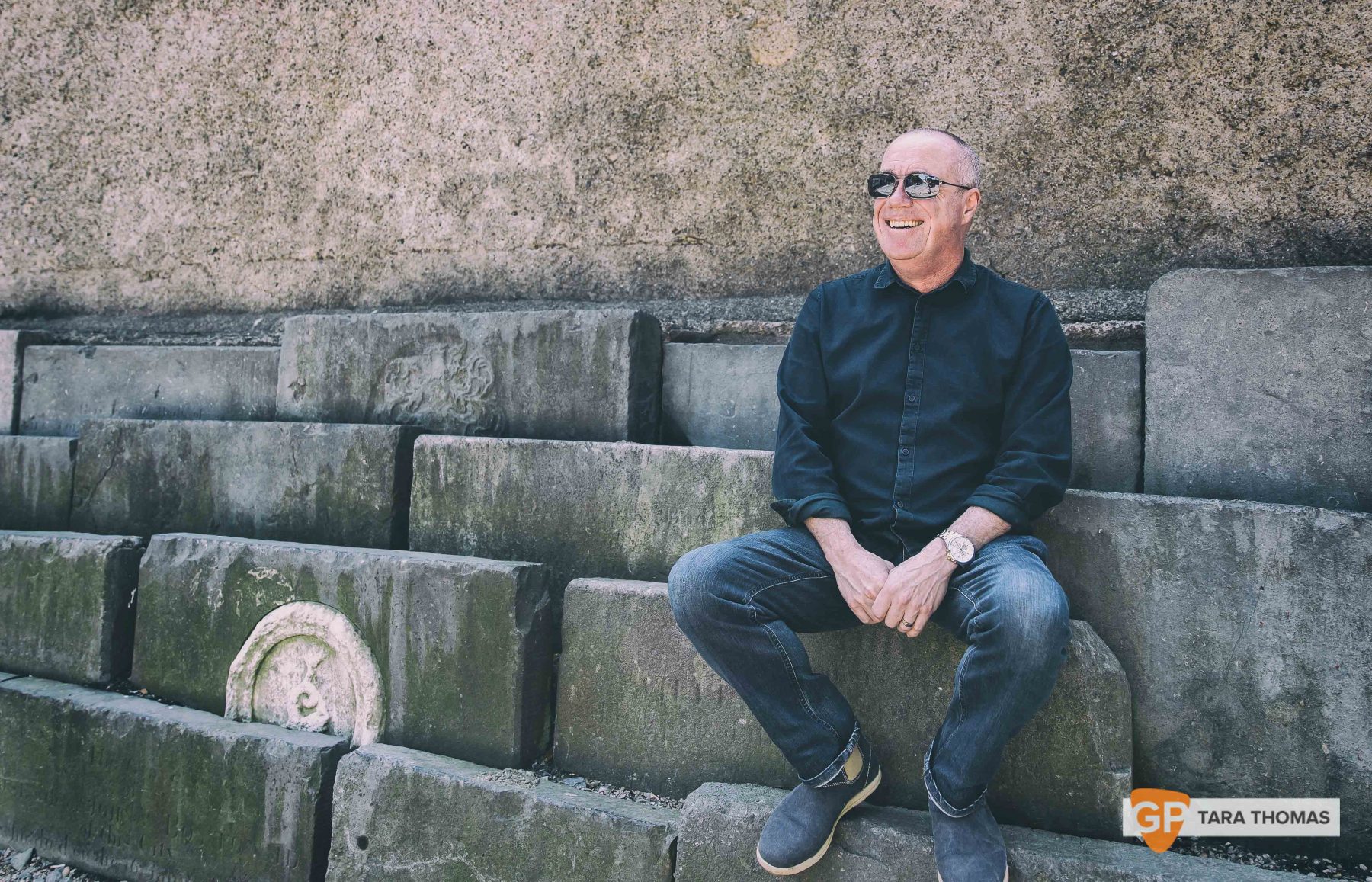 Byrne tries to palm off his previous experience running events as "just running charity gigs” but that couldn’t be further from the truth. Byrne, along with business partner Dan Oggly, had set up Friction PR, one of Ireland’s most successful music PR agencies.

“We set that up back in the stone age,” says Byrne...that’s 1992 for the uninitiated. “I was there for about ten years and I'd just kind of burnt out - the great Liza Geddes took over from me. I'd worked in music for quite a while with the likes of Ash, David Gray, Snow Patrol, Divine Comedy.” We can’t imagine why they thought he’d be good for the gig either folks.

“I vaguely had an idea of what I was doing" says Byrne, laughing "I'd never run a festival before so the first year was a bit of a baptism of fire. It wasn't really a festival...we didn't really know what it was. The reason The Music Trail was set up was because the TV show was becoming so popular - as in the recording of it - that hundreds of people started descending on Dingle. Of course the church only holds 80 people, so it's a bit of a lottery getting in. It was set up to give those people something to do and gigs to go to while they were in Dingle. Otherwise, they were just down hoping to get in or watch the streaming.”

Byrne notes that the streaming of events in Dingle ”worked incredibly well” and continues to allow visitors to “watch the entire thing for free in a pub or a hotel in Dingle with a pint in your hand at the same time.”

"You couldn't possibly," says Byrne at the notion of accommodating all the bands who want to play Other Voices. "The Other Room was set up specifically for that” while The Music Trail was to “facilitate the crowds”, but has developed into a full-on festival in its own right.

“We won the IMRO best small festival in 2016 and we were nominated again this year. So for something that we really didn't intend anything to come from, other than keeping people occupied, it's grown massive legs. It's developed into a bit of a showcase too.” 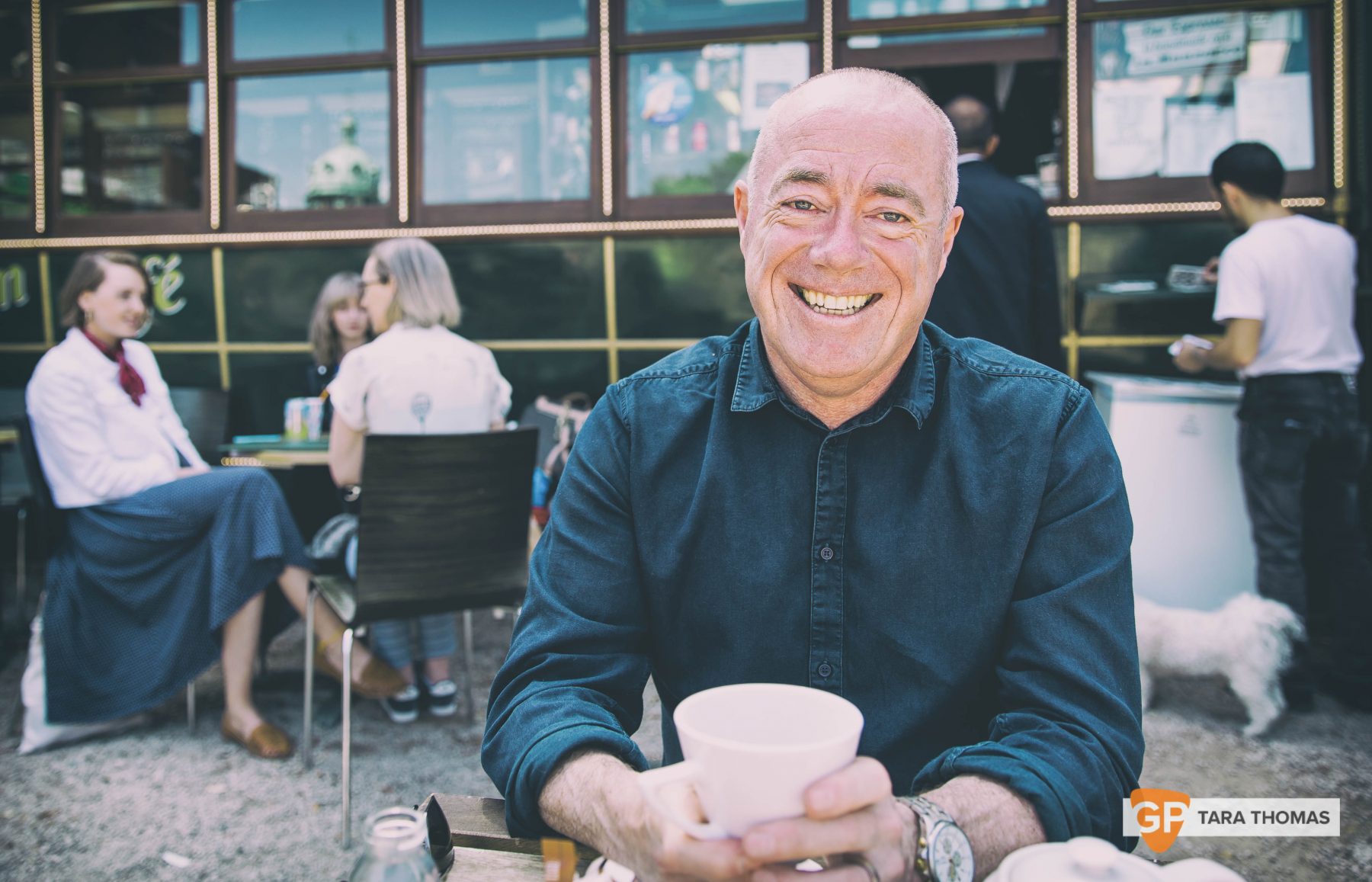 “We never intended it to be that, but we're happy that loads of A&R people come over from the UK. Labels also arrive in to look at bands, as well as publishers, legal people etc.”

Has anybody ever been signed because of playing it?

But, Byrne concedes that Dingle is conducive to getting business done. “There's an awful lot of business cards exchanging hands.” The quiet rural nature of Dingle even in the bustle of Other Voices “gives people time to sit down. Even though the crowds are phenomenal, there's still little quiet spots in Dingle where you can have a quiet pint and a chat. It kind of lends itself to that because it's not the madness of a city. It's a small little town on the West Coast of Ireland and it's magic."

How do the residents of Dingle feel about what Other Voices has grown into?

“If Other Voices wasn't in Dingle it would be a very quiet weekend in December” says Byrne. “It brings a lot of commerce to the town. Every B&B is full - you can't get a seat in a restaurant on the Saturday night.” Byrne notes that they had to introduce ‘street food’ to satisfy demand.

“We meet the local Chamber of Commerce and the Vintner's Association and representatives from accommodation every year to see what worked, what didn't work, and what can be changed. We try to involve the town as much as we possibly can. We've a load of volunteers from the town, they're magic. We actually couldn't do it without them to be honest with you.” 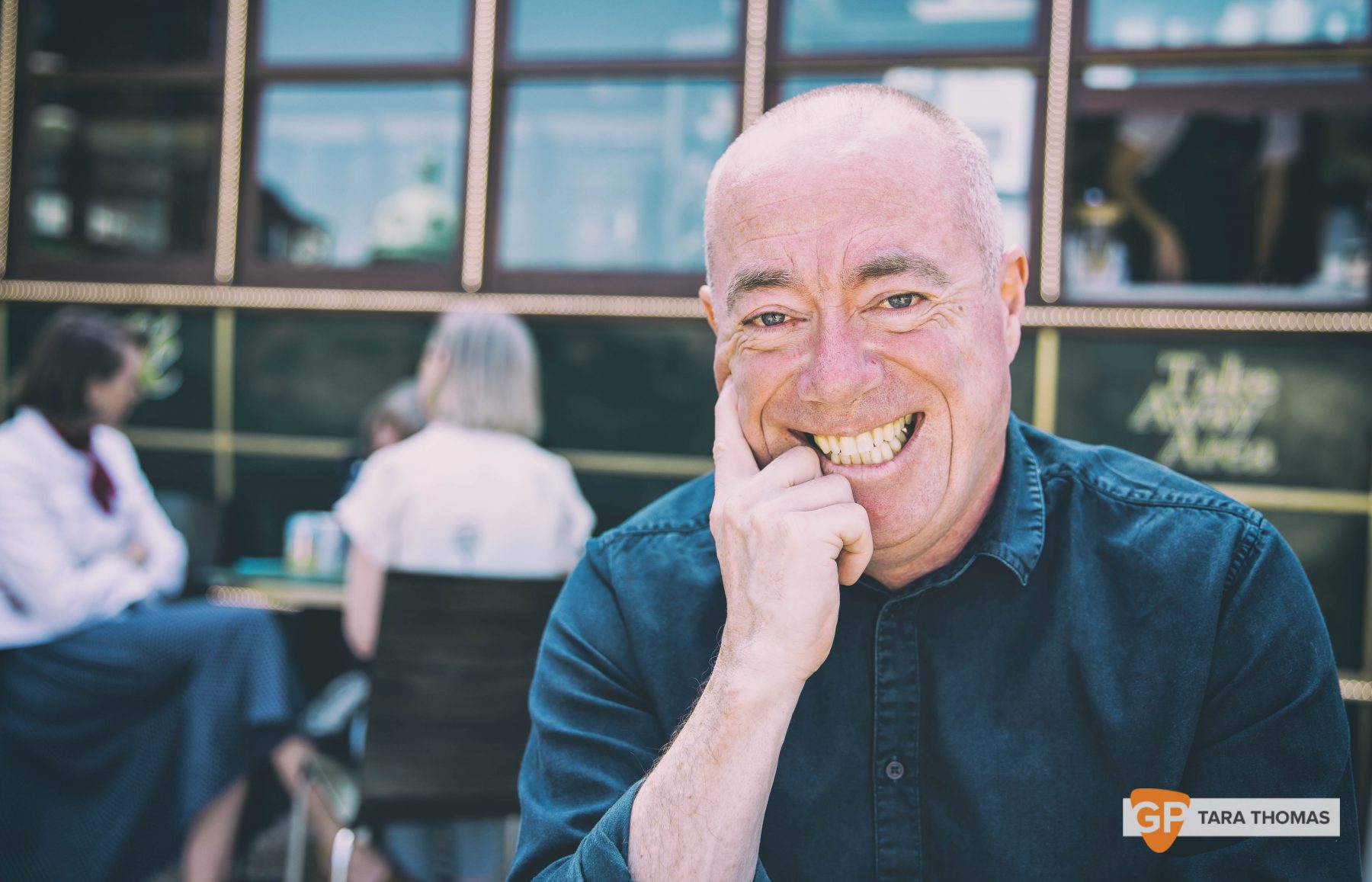 The increased scale and popularity of Other Voices has seen crew numbers rocket to around 170, plus around 30 volunteers mostly from the local community. Byrne is keen to forge and maintain bonds with the town, even putting on gigs for local school kids with the likes of Rusangano Family and Sample Answer performing at An Pobalscoil Dingle. “We did a bit of an impromptu gig with For Foresters in the Youth Club that went down a storm,” says Byrne.

”We're involved in the local community that way; the kids from the school just absolutely love it. When we started off it was difficult to get teenagers to go to gigs. I'm not sure what their impression of Other Voices was, but it's certainly changed. I think that cloak of mystery has been taken away for most people and it's just a good fun festival for people now.”

Byrne is particularly impressed with the current crop of Irish acts. “All the Other Room artists this year and last year were particularly good, there was a really good standard and you'd have high hopes for a lot of them,” he says. “I think eight of the nominees for Choice Music Prize 2016 had played Other Voices at some stage. A lot of that is down to Aoife Woodlock having a good set of ears on her.”

“Aoife has transformed the line-up for television in the last few years. The fact that most of the acts in the church this year were Irish is a credit to the quality of acts around. Rusangano Family are incredible - they’ve played the music trail three times and they are phenomenal."

Why is there this sudden upturn in the quality of Irish music? Byrne believes that bands are more organised than ever before, and cites Dublin’s BIMM College as one of the reasons.

“I think BIMM has done an amazing job with acts. Bands are coming out way more confident than they used to be. The likes of Farah Elle, Orchid Collective, and Search Party Animal all have connections with BIMM. Bands will still make mistakes, let there be no doubt about that, but they're making less mistakes than the previous generation would’ve.

If you're not up there at Kilkenny hurling level of musical ability it's not going to happen. You have to get up there. As an industry, we need to have higher standards, that's the only way bands are going to break internationally.”

Byrne also cites Ireland’s burgeoning multiculturalism as a reason for the upturn in Irish music. “We've got this whole generation of kids who were born abroad, or born to parents who were born abroad. They bring a completely different cultural feel to everything and I see that as really positive. 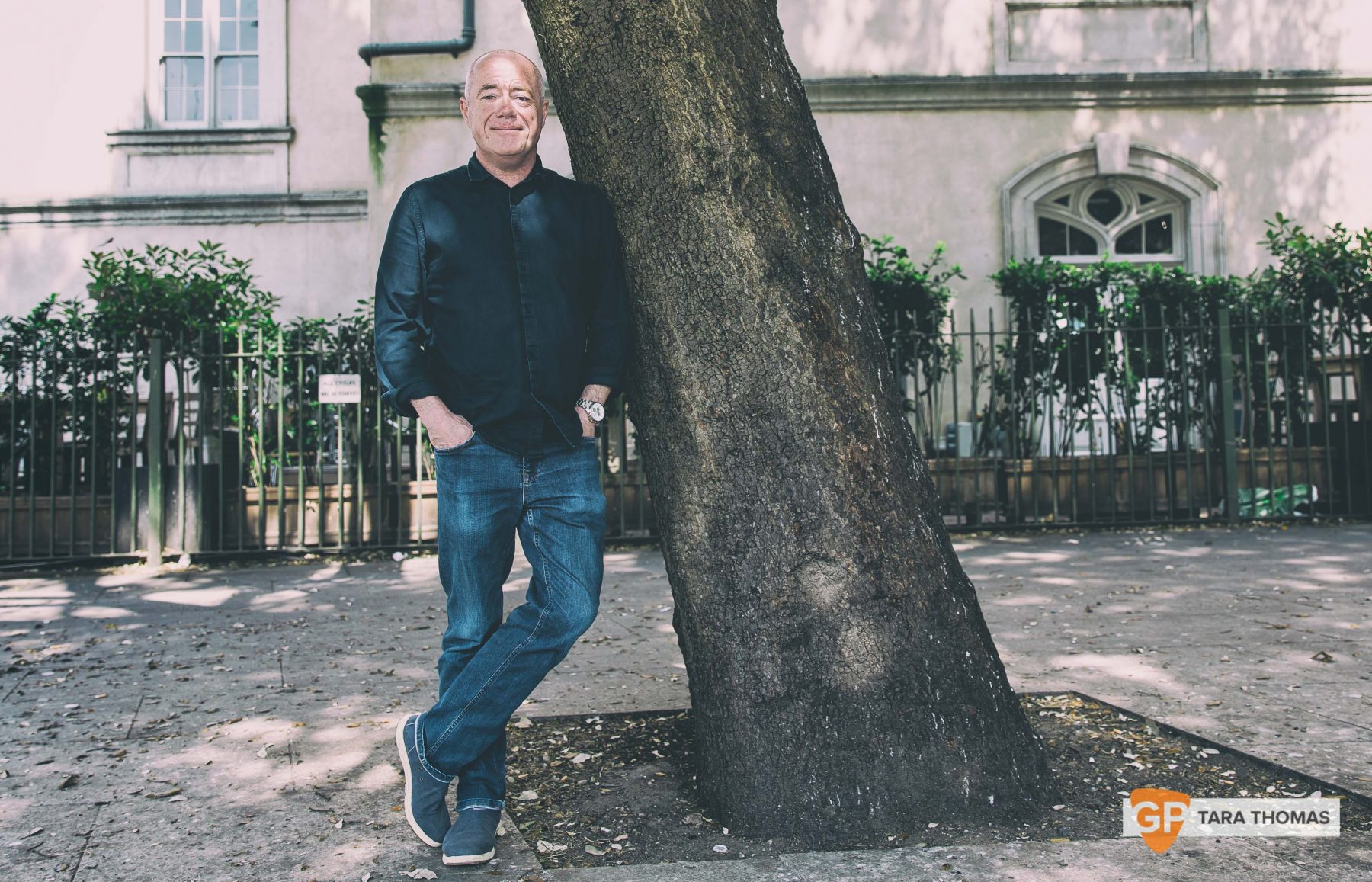 I get sent stuff the week before Other Voices and the line-up is done by then - 50% of the line-up is done by September and then we have the Open Call in October for The Other Room. Generally if you play the Other Room you'll play the Music Trail. There's been a bit of a shift in recent years in that some of the Church bands have started playing on The Music Trail too.”

“I'm looking bands for December already” he says excitedly. ”The creation of things like Yangeroo has been really good. I get music in almost every day and bands send me stuff directly, but I'll go and see a band before I say yay or nay.”

What's the biggest mistake bands make when approaching Other Voices?

“They aren't ready" says Byrne. “They need to approach it like a promotional tool; they need to present themselves in the most professional way they can. They need to look at the quality of their videos and recordings. It doesn't have to be all bells and whistles, but it has to be of a certain standard to get people’s attention."

They also need to take it seriously. They need to want to have a career in music, there's no point them going down to Other Voices if they're doing covers in a pub at the weekend. They need to be taking their music career seriously.”

While each individual act is only concerned with their own progress, Byrne is charged with maintaining and improving the overall experience. “The coolest bands are great, but the line-up needs to work and fit the space that we have available to us,” he says. “It's all about balancing the line-up so it works for everyone, and we've pretty good representation of the broad spectrum of music in Ireland. That's the most important thing, rather than having the coolest bands. When we get 15 guitar bands, 15 electronica bands, 15 trad bands, we don't need another one.”

Byrne is not afraid to approach disgruntled artists - big or small - head on. “Several bands were a bit put out by not getting a slot last year,” he says. “I rang them all and said listen, this is a promotional opportunity for you, you've nothing to promote, you don't have an album, or a tour. Use it as a promotional tool. And that's really what people should be using it as rather than the prestige of getting on The Music Trail. You shouldn't just do it ‘just because’ and I think once you explain that to people they're cool with it.”