Following the success of his critically lauded debut album ‘Stride’, Jafaris returns with his visually-orientated new EP 'I Love You But I’m In  A Bad...Mood', which see the young rapper attempting to raise his game by venturing into new areas.


The six-track EP is a unique mix of music visuals and audio collated around the experience of a heart-broken protagonist. Of the six tracks, four have accompanying music videos, directed by Jafaris’s long-time collaborator Nathan Barlow-Scott, that circle around the themes of loneliness, uncertainty and perception.

“Once I had decided to put together a project after realising where my head was musically, the visuals became a big topic for me” Jafaris explained of the thought-process behind the EP. “I want all my projects to be visually focused and this time around I had an opportunity to guide how everything meshed together.”

As an introduction to the project, we asked Jafaris to guide us through the creation of the EP and offer us an insight into how each track and video fits together seamlessly to bring the listener on a journey through the artist's psyche. 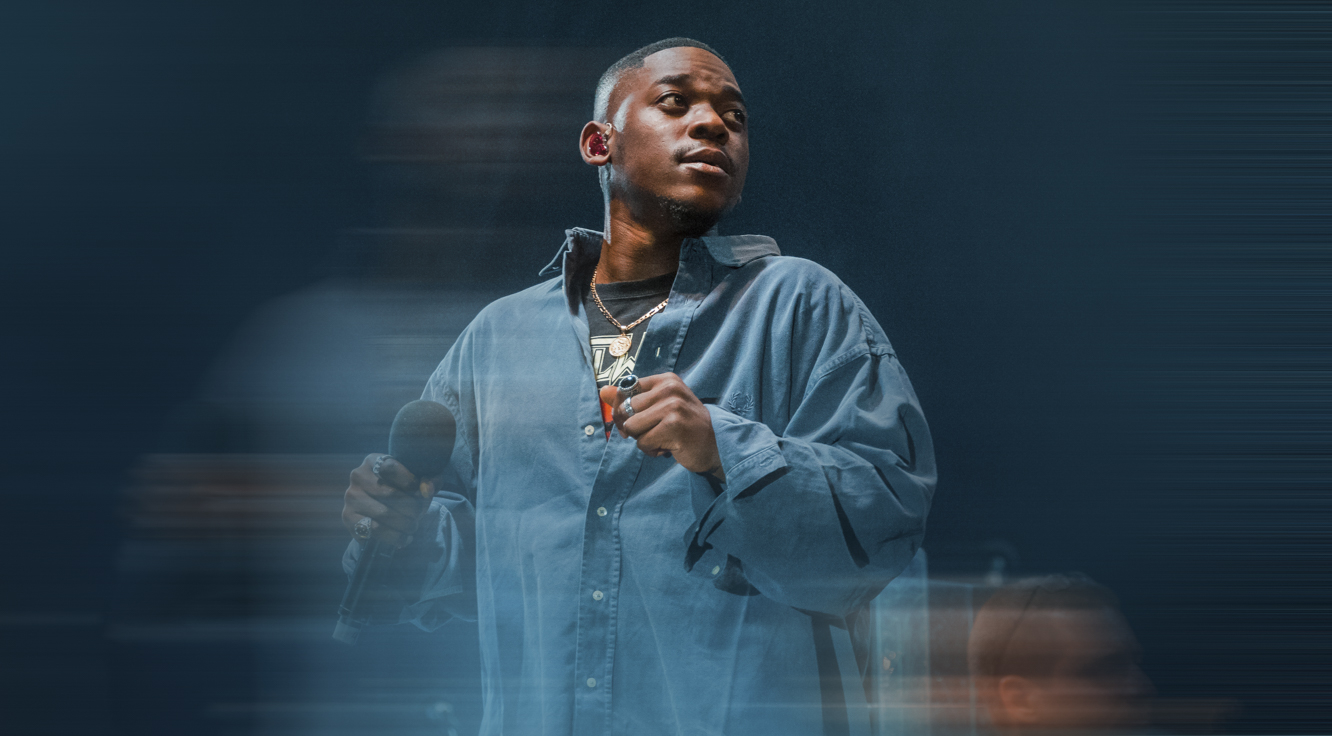 Opening track 'Glue', was one of the first visual tracks released from the project. There were big plans for the video, but restrictions due to COVID meant compromises had to be made. The track details the weeks and months after the break-up of Jafaris’s first long-term relationship.

“I wrote this song a month or so after breaking up with my ex who happened to be my only girlfriend ever and one that I basically went from childhood to adulthood with,” Jafaris explains.

Visually, the video is filled with hidden meanings, as Jafaris details: “The opening shot of the cartoon version of me and the girl standing conjoined in the middle of space is a visual representation of how she was my everything. Just before the chorus comes in though it shows my character running away from the girl until we separate, signifying the result of my decision..”

'Haunted' encapsulates the essence of the project. The lead single/video was inspired by a documentary about actor Jim Carrey entitled ‘I needed Colour’. It visualises the idea that creativity can be found in everything, even the most banal places.

“I’m back to reality and I’m working my day job as normal seemingly unbothered until I drift off into a place that signifies my mind, the place where I feel most haunted by my decision”.

The video also signifies the impact other people can have not only on your life, but the way you view the world. “Blue was her favourite colour” adds Jafaris, “and in this video I’m painting everything blue. She had made such an impression on my life that her characteristics, likes and dislikes almost dictated everything I did moving forward”.

'Beggar' is one of the few tracks without a music video as yet, but nonetheless carries the energy of its predecessor with aplomb. As the EP reaches its midway point, 'Beggar' mimics the moments of uncertainty, confusion and regret after a break-up, as Jafaris wonders whether he made the right decision.

“This is when I felt like I wanted her back because no one else was living up to the impression she had left on me” Jafaris explains, “this was the time you need someone around the most, which led me to settle for just anyone because a “Beggar” couldn’t choose”.

Sonically, ‘Big Baby’ is one of the most upbeat tracks of the project, but similar to ‘Beggar’, it acts as a catalyst of sorts for the remainder of the project, as it signifies a shift in focus, from the love for the person to the frustration of the situation itself. In Jafaris' own words, he notes that the song is a pivotal moment on the EP, encapsulating the title, moving from “I Love You...” to “I’m In a Bad....MOOD”.

As feelings of self-doubt and uncertainty have come to the fore in the previous two tracks of the project, ‘Frustrated’ acts as a moment of defiance, a time where Jafaris turns to face his feelings rather than run from them.

Of the accompanying video, Jafaris explains that “In this dark space once again which is my mind, I’m urging myself to get over it, which was the hardest thing to do because I felt like I loved her so much”.

You can see Jafaris cuts and bruises appear throughout the video, which represent how emotionally drained he was becoming because of this whole topic and how painful it was to finally move on. “The aftermath of leaving had put me in a constant bad mood”.

As the final track of the project, ‘Mood’ is the direct follow-up to ‘Frustrated’ visually, and is given the job of surmising all that comes before it.

“It’s me acknowledging how life really is unpredictable, long and hard”, Jafairs notes, before adding that the project as a whole allowed him to realise that while the pain was real and that crying will only do so much as there is so much more to life. The track comes to a close with the line “I hope this here’s my last note, need to fast forward, ask myself this here everyday like why you mad for..?”. “I made the decision so I have to live with it” Jafaris admits, as a parting note.

As a project, ‘I Love You But I’m in a Bad…Mood’ is the accumulation of over a year's work for Jafaris, and marks another boundary-pushing project from the Diffusion Lab team. This is Jafaris taking his music further than ever before in the visual medium. As a statement, it’s an artist letting go of pain, doubt and frustration in the best way he knows how.

Words don’t always quite encapsulate the enchantment of touch... “I Love You” May always remain just a phrase until it’s felt.

So if you’re looking for someone to save you, make you feel better, special, loved. Start with the person you see upon reflection.

You are allowed to be a masterpiece and a work in progress simultaneously.