With Limerick being dubbed in certain corners as the modern-day Berlin due to its incredible output of great music in the last 12 months, we're delighted to introduce you to the latest Limerick export to catch our eye.

Sinead O'Brien, now resident in the big schmoke (London), has just signed to renowned label Chess Club Records, which is formerly home to the likes of Wolf Alice, Mumford & Sons and White Lies. The deal with Chess Club came soon after the release of her latest single Taking On Time, which was produced and recorded with Speedy Wunderground's Dan Carey (Fontaines DC, Black Midi, Franz Ferdinand).

We caught up with Sinead ahead of a number of live shows in Ireland over the coming months. 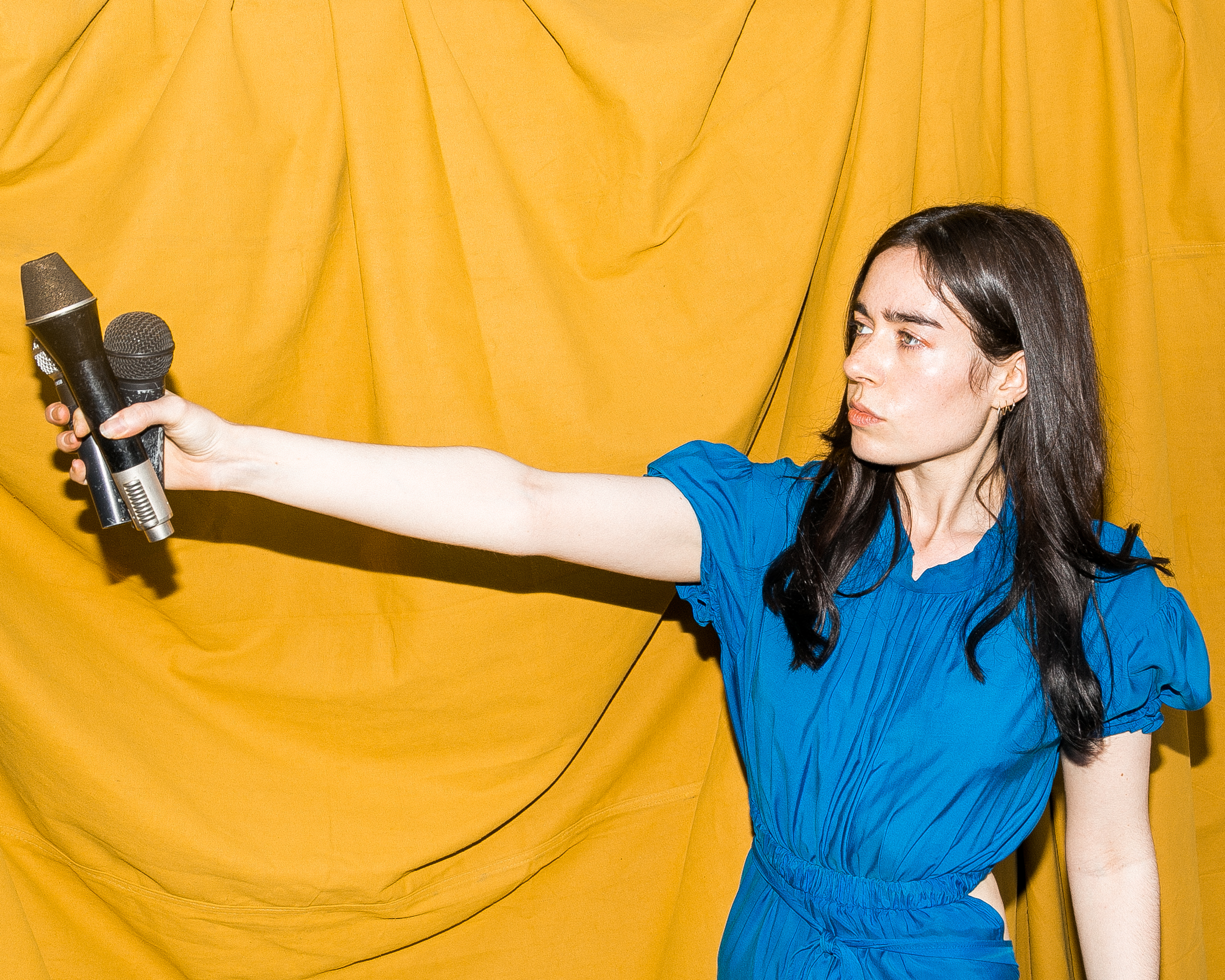 <<GP>> For those who don't know you, tell us a bit about yourself and your music.

I grew up in Limerick, moved to Dublin to go to art college and then to Paris after graduating where I started to write.

My lyrics start out as notes to self, diary entries or fragmented observations from the week. I work several pieces at once building them up like a mood board or series. Often a whole piece will come to me in one go, with the pace, rhythm and a hint of melody already very concrete. The intention and delivery is there from the very beginning.

Then I work with the band on the music; Julian writes the guitar and Oscar the drums. It's extremely instinctive between us. I conduct and arrange, pull and push the piece around until there is a first draft. Just before it’s finished that’s the perfect time to play it live. It’s crucial to feel the piece out live. It takes shape out there. It can really get infused with atmosphere, people and a feeling of ‘now’. I need to get this sound of ‘now’.

I released three tracks with Will White (Maccabees) last November and my new single Taking On Time on Speedy Wunderground, recorded with the band just came out in June.

I used to come to London every summer while I was studying in Dublin. I love cities and needed to feel that big expansiveness in contrast to where I grew up. I appreciate the appeal of both places very much now. But I needed to follow that feeling so after Paris in 2013 I moved to London for my first design job. A lot of my close friends from home were here too so it was easy. Like having another base.

I’m also quite easily adjusted to places, I absorb the newness and collect as I go. I don’t leave where I've been behind - I add to it. So, in a way, I feel like I have built up a collection of places (Limerick, Clare, Dublin, Paris, London) I feel a strong connection to.

<<GP>> You released your latest single through Speedy Wunderground. How did that come about? And how was it working with the in-demand Dan Carey on the track?

After a gig, I was chatting with Holly from Goat Girl and she had this idea that her friend Dan would really be into my way of working - she wanted to introduce us to each other. That was really exciting because I had been aware of Dan and the label for a long time.

It went very quickly, I met Dan in his studio for a chat, we had a pint and pencilled in a date for recording there and then. I think we’re both very intuitive and we sort of knew we had to. We were exchanging images and references and just got really hyped up! It was an incredibly enjoyable process with Dan, things fell into place very naturally. He got all the live feeling of the take and the sound of our arrangement down in way that is unique to us but also has that characteristic Speedy Wunderground sound which I love! It felt like a very real and honest way of working and I’m looking for more of that.

<<GP>> You choose to perform in a speak-sing style, What inspired that and will we see that vary in the future?

YES! The idea of moving between speaking and singing is fascinating. It constantly feels new to me. It feels like I’ve finally landed on a topic which is too big to move on from, too unknown to accept and so I need to spend time here and explore it in my own way. I try to make very distinctive pieces or songs, each one with an identity of its own; some more like poems and other closer to song and some that don’t quite fit anywhere along that line.

I’m constantly in search of new input and ways of making sounds so there will definitely be variation in sound and style, yes. I don’t like to stand still. I think it’s essential to keep moving and pushing forward. To make progress. 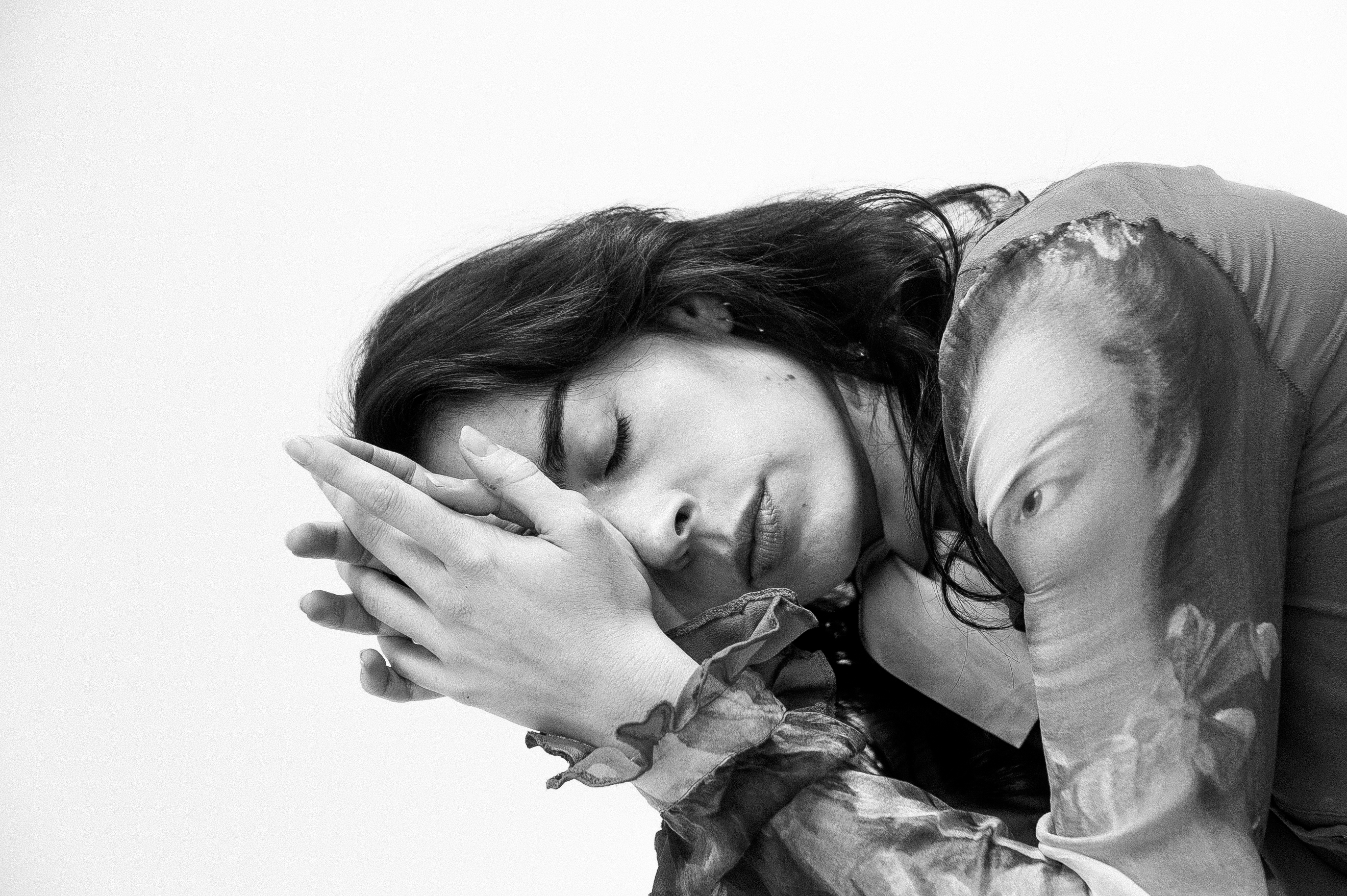 <<GP>> You're obviously a fan of poetry. What writers in particular influence your lyrics? What else has an impact on how you write/what you write about?

Poetry is something I look to for structure and form. Like a choreographer might use a classical ballet as the framework to create something new, I see poetry and song structure in that way. Like a tool.

Content, however, comes from outside of that. It’s one thing having something to say and quite another to find your own particular way to say it. That’s style. My favourite poets to read and re-read would be T.S. Eliot, W.B. Yeats, Frank O'Hara. I love Joan Didion for her direct voice and her almost ‘documentary' style, Camus and when I get completely crazy and want to go into a wide-open space I dive into philosophy.

I write in a quite realistic style, there is a lot of ‘I’, ‘You’, ‘We’. Real people. The subjects are everyday-universal but I want to give a very particular and individual voice to that.

<<GP>> You're quite close to the gang from whenyoung. How important is knowing other Irish musicians in London? Or is it just important to embed yourself in those surroundings, Irish or not?

Yes, we all grew up together in Limerick. We shared musical references and inspiration since we were teenagers and really built up great friendships since then. It creates a very strong foundation having people you share such deep connections with, I think we’re incredibly lucky.

I’ve met some really inspiring friends in London too, people who are determined to make something happen, head down, working away day in, day out on their own personal ambitions and projects. A rigorous approach. That’s the most attractive and admirable characteristic for me-that kind of unwavering determination.

<<GP>> Ireland is going through a bit of a purple patch in terms of musical output. Have you any favourites at the moment? Is it hard being on the outside looking in at that? Or does your Irishness play any role in you as a musician?

Yes, definitely it’s such a great time for Irish music. Whenyoung, Girlband and Fontaines DC are absolute dynamite. I’m really excited by it all. I have a very strong sense of identity so, naturally, I feel a part of it and am connected to Ireland despite living away from home. It definitely has a big influence on me and how I write. The landscape, personality and mood of the place are in me.

I wrote something recently which has a line ‘I am trained on the image ingrained'. It illustrates what I mean when I say the place is in me. My name is a very classic Irish name so, in a way, the fact that I am Irish is always a step ahead of me wherever I go. I like that, it’s a good feeling. Like a loaded introduction! I’m also really looking forward to playing in Ireland soon.

<<GP>> What are the plans going forward? Is there an EP in the works? Will you be working with Dan Carey again?

I would love to work with Dan again - I’m sure we will. At the moment I’m focusing on releasing some music with Chess Club Records who I have just signed with!

<<GP>> That leads us nicely into our last question. Simply, why Chess Club?

Such a great label, I love so many of their releases-it’s a big privilege to be working with them. Will and Peter are so on the mark creatively too, they really understand my work and what I am doing so it’s a great feeling to have their support and be part of the Chess Club Family.

Sinead O'Brien plays the Salty Dog Stage at this year's Electric Picnic as well as at Ireland Music Week in October. Sinead will also support whenyoung throughout their upcoming Irish tour in November.