Having already appeared at this year's Ireland Music Week showcase and Singular Artists' Seconds Away series up-and-coming pop act Pastiche is set to make her headline debut upstairs in Whelan's this Thursday (November 11th), with support on the night coming from Tadgh.

We caught up with Pastiche to find out about launching a pop career at the most inopportune time imaginable, working with Diffusion Lab and Viscose to hone her sound and what she has in the pipeline. 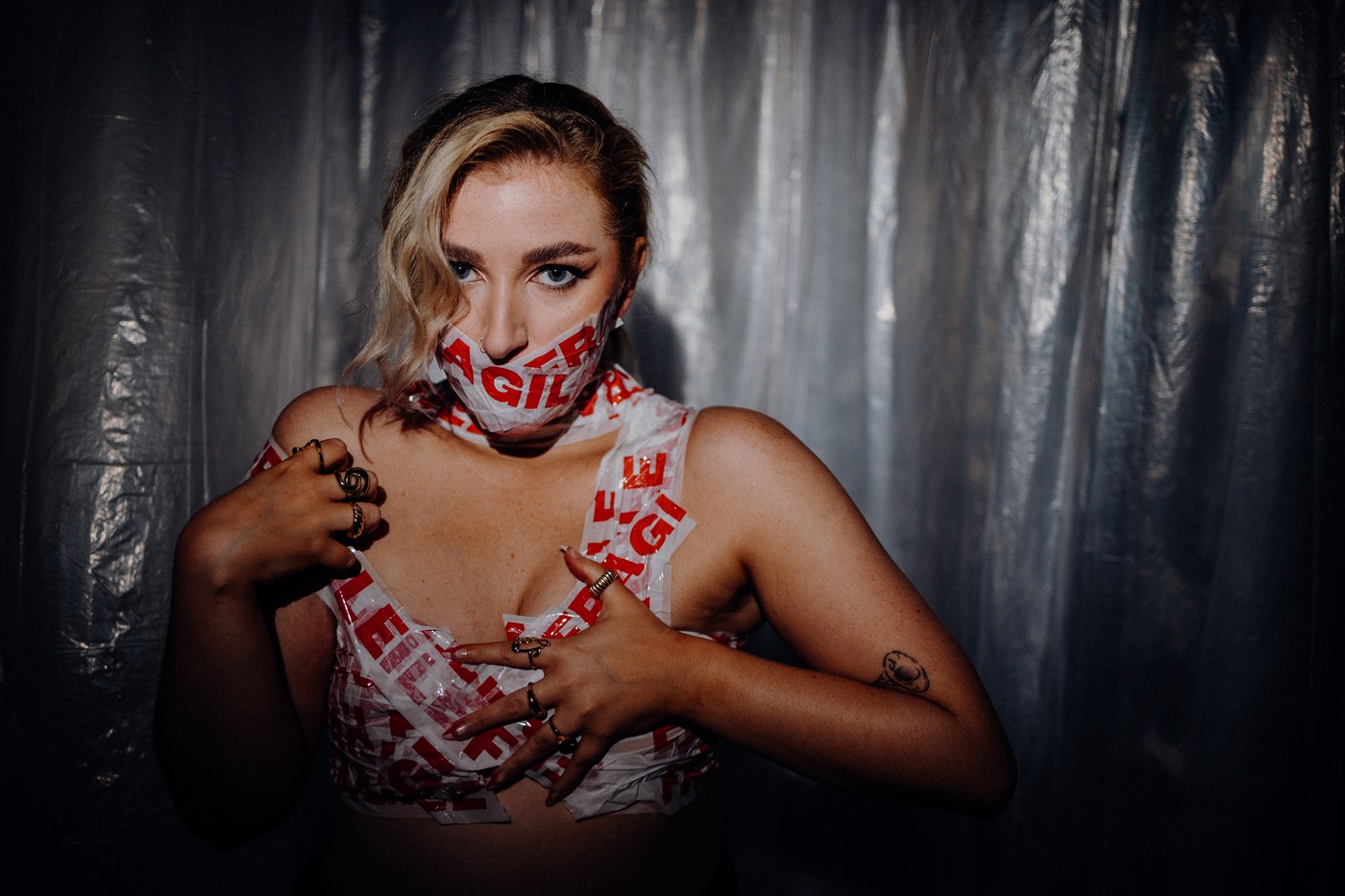 My Instagram handle is actually @whoispastiche, because I always want to keep people guessing. On the surface I’m Pop Artist from Dublin, and I say “Pop Artist” not to sound pretentious but because I do way more than just stand and sing. I write all my own music, every lyric you hear is me and that is very important to me.

I’m a crazy control freak, and when working with a producer I want to be in charge of every sound that goes on that track, every effect, every detail and don’t get me started on the mix. I go through so many drafts on a song because I’m constantly sending back edits and notes, but I’m lucky to work with people who allow me all that control. I’m also a performer, when I’m on stage I give you a show.

I’m super visual and I am the sole creative director, I come up with these visions I style all my own outfits, I do my own hair and makeup. But don’t get me wrong, it takes a village to make the vision come to life and I’m so lucky to work (and be such good friends) with the best up coming Irish producers, photographers, directors and musicians.

Tell us about the people you've been working with to develop your sound.

I always knew I wanted to be a pop artist. That genre of music just took hold of me from such a young age, the whole fantasy of it all. After writing my thesis (on Madonna, very fitting) I took the summer of 2020 and put my vision to work. I worked on lots of music with my good friend Fergal Mullen, and having all this borrowed time when the world stood still allowed me to experiment freely with no pressure.

I basically created myself in that summer, but it’s been something I’ve always wanted to do. People always ask me about the whole ‘persona’. How I act, dress, dance, sing. And honestly, this is how I’ve always seen myself, but was too afraid to portray on the outside. So to me it’s really not a persona, it’s a part of me. My closest friends will tell you, I really am a nut job.

Since then, I’ve worked with Fergie multiple times and he plays in my band. I’ve tracked vocals with Beardfire Music for my first two
Singles, and since have actually produced all my own tracked vocals myself at home. I work with Viscose as a producer a lot and also and the lads at Diffusion Lab. I also have some exciting collaborations in the pipeline!

You've had some year - what have been some of your personal highlights?

It has been a bit mad, I kind of can’t believe it some times. I only released my first single just under a year ago and to think of the things I’ve done. This was all during the pandemic and releasing through quarantine with no live shows whatsoever. If anything, i think it’s really shown people my drive and ambition to take over the pop space one piece at a time regardless of circumstance.

Highlights for me we’re having my song Supernatural hit top 20 in the Main Radio Charts and scoring a top 3 song on the Irish Breakers chart. I was also lucky to be chosen to play Ireland Music Week (even though I never got to play a “Pastiche” show before this) and it was something I’ve wanted to do ever since I started being around the scene 4 or 5 Years ago. I also sold out my debut Headline Show in something crazy like 72 hours which was mad, and my newest single Bad Loser being chosen for the New Music Friday playlist on Spotify. That was HUGE for me.

You played Ireland Music Week this year. How was that experience?

Crazy, when I applied I genuinely did not think I would get chosen. This is mainly because due to the pandemic I never got to play a headline gig, so I presumed it just wasn’t on the cards this year. But I guess they took a chance on me and I really gave it my all. It was a pre record this year unfortunately, but the crew was so Amazing and made it so enjoyable. In true Pastiche fashion I showed up in my tights, pants, bra and oversized blazer. Lots of gold jewellery, high heels and winged liner.

It was nerve wracking because I don’t think people know you have 15 mins and one take. There are no second chances with that. You need to be on it, if something goes wrong that’s that. Luckily I have a theatre background, so I’m pretty good with the lights going up and the game face going on. If anything I just had so much fun and let loose. Through IMW I got a lot more recognition from Irish industry people seeing that I’m not just another pop singer but I can put on a show.

What can we expect from your headline show in Whelan's this week?

I’m honestly just going to have a good time. I’m so relieved that it’s finally here and I actually get to play it. I booked this show on my own after my first single, no booking agent, no PR, no management. They probably thought I was mad. If your coming you can expect high energy, dancing, great music and of course some killer looks.

I’m so lucky to share this experience with the lads who play for me, Fergie and Jack. We are all best friends and it’s so lovely to have people who actually want to be there for you and your music, not because they have to. Not many people can say they have that and I am super grateful. It makes the experience and all the work feel ten times more worth it.

Will there be a Pastiche album to look forward to soon?

I think I should do an EP first. That’s what I’m currently working on for 2022, but a studio album is the dream. I’m so excited to put out a body of work because I genuinely am old school. I’m an album baby and currently it’s a singles market. It’s all about churning out the singles right now, rather than big picture stuff, but that’s just the instant world we live in.

We are programmed to expect things instantly and the shelf life of songs is pretty short. But for me, there is nothing like hopping on a bus, throwing on an album and listening from start to finish as intended. Now If some label wants to snatch me up and help fund an album however I am all ears.