Brighton-based Irish artist Matt Taylor has been making waves since releasing his EP 'The Breath Within Your Chest' last year, and more recently his single 'Rush'. The talented songwriter has already written for the likes of Ariana Grande and Charli XCX and has received support from the likes of BBC Introducing, Spotify, and EARMILK, who describe Matt’s songwriting as “true standout pop”. 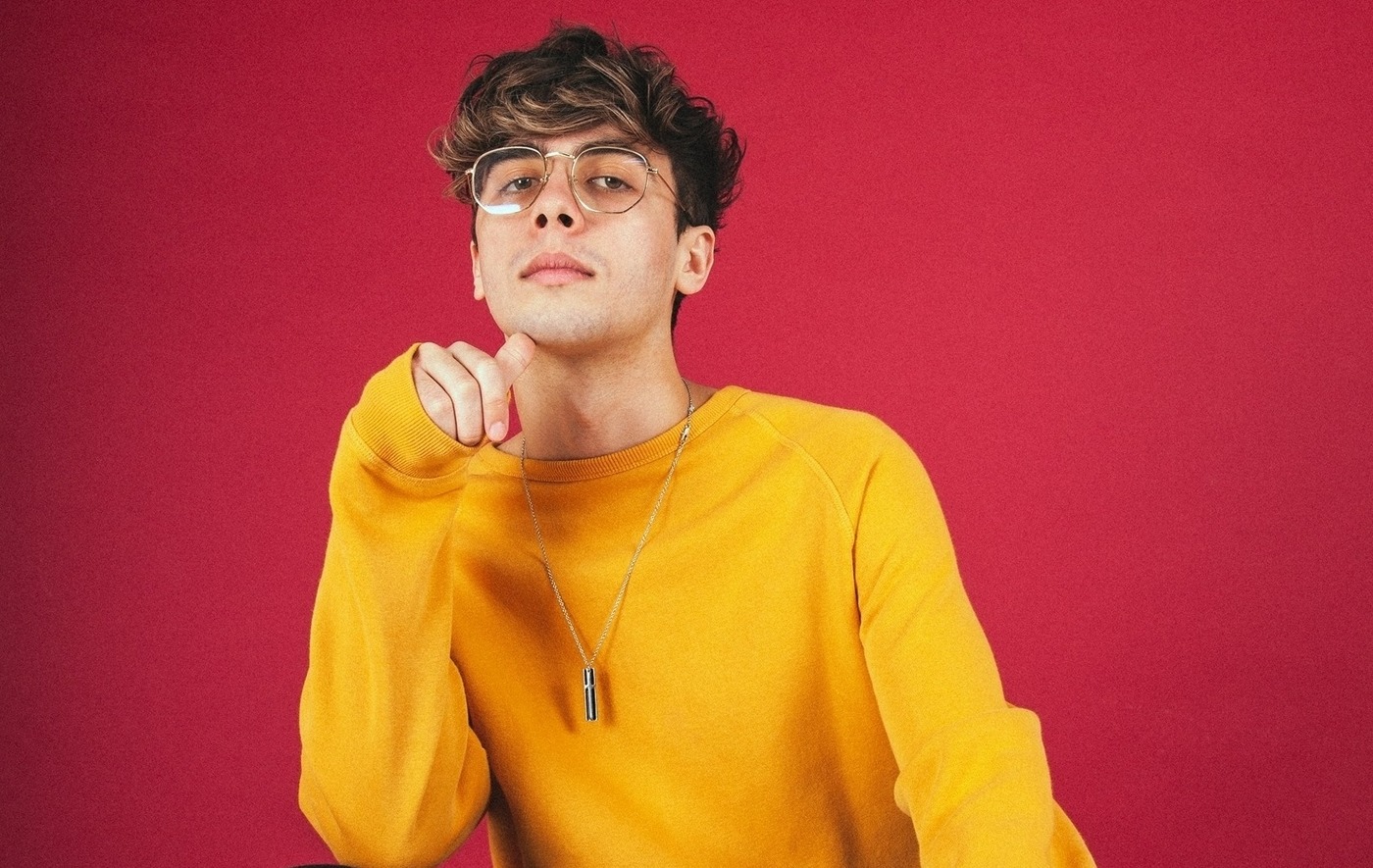 GP: First and foremost, how are you doing? How are you keeping in these strange times?
Ah thank you! Luckily I’m doing quite well, and I’m glad to have made it through 2020 in one piece! I think I’m very fortunate to be saying that 2020 was overall a good year for me, mainly due to the amount of time I had to reflect, and music I therefore managed to write!

It was also, ironically, the year I’ve made some new and close friendships, while learning to appreciate the ones I had already so much more.

GP: Tell us a bit about where you're from and what made you want to move over to the UK?
Yeah, so I’m Dublin born but moved to Westport when I was very young! To be honest, one of the main reasons I moved away (aside from music) was because I just didn’t get on with anyone.

I found it really difficult to make friends in school and the friends I did have, well, just weren’t great. Luckily though, my parents were crazy enough to support my move to go to Uni here in Brighton when I was 16, I did a 1-year diploma course and then started my degree!

GP: Brighton is known for having a brilliant live music scene, what has it been like not having that for a while? It’s also known for its busking scene, as is Ireland - Is busking something that you have ever done/do you have any interest in doing it?

Oh my god, yes, I love the Brighton live scene–there’s always a great gig on every night. I’ve played a few gigs and it’s some of the most fun I’ve ever had! Unfortunately due to Covid, there have been hardly any shows since March/April, and a lot of the venues (which are independently run) are in danger of shutting down.

I just hope we can all get out of this mess in time to make sure we can save the scene here. I have actually gone busking here once, about 4 years ago. I did not enjoy it, I was so scared.

GP: When did you start writing and recording music? How did you get into releasing music yourself?
I’ve been writing for as long as I can remember, the oldest song I can recall was an absolute bop called “All The Way To Africa” written on the back of the bus on the way to school–it was very Shakira-esque. Of course it had no real production or lyrics.

I remember once asking my mum if I had to use real words when writing songs, or if I could just make them up, because I hated writing lyrics so much. Which is funny, because to this day I still ask myself the same question when I get tired of writing them.

When I was around 9/10years old, my early techniques for production included doing absolutely no production or getting my sister to hum, ‘do do do’ and clap along. The latter rarely worked out due to my sister and I having many creative differences.

In terms or releasing music, I remember finding out how easy it was to get started with the likes of Spinup/Distrokid and just went from there! After my first 2 releases, I sent my stuff to AWAL and they picked me up! So I think I got quite lucky with that.

GP: You wrote and recorded 'Rush' in lockdown. Has lockdown massively changed the way you are writing/recording music?

It hasn’t really changed that much to be honest, I do a lot of writing/production myself before I bring it to other people, so there is usually a clear idea for producers/writers to build off when we are working remotely.

I’m especially proud of Rush though because the song was 80% finished by the time I brought it to Jomo and AfterParty (these are the main producers I usually work with, who are incredible).

GP: You have also said that 'Rush; is like closing a chapter for you thematically, that you can now move on from writing about that one person. How are you finding inspiration in lockdown-times?

I wrote the lyrics for Rush in May, which was months after I had finished the EP, so I had a lot of time to listen and think about what I had said in those EP songs. When I wrote the EP, I purposely wanted to end it without any closure, because at the time I didn’t have any. I didn’t think that was the end of it and I thought I would be writing even more about the situation. It’s why the final lyrics are “If you’re ready, don’t forget me”.

But during the first few weeks of lockdown I spent so much time thinking about the whole thing, figuring out where my head actually was. I wrote a letter about it if you’re interested in the details. Long story short is that during lockdown, my entire mentality changed–for the better. So with Rush, I see it as a direct parallel to the final track from that EP, Breath. It’s about moving on.

Where Breath is chaotic and angry, Rush is calm and matter of fact. Breath finishes leaving the book open, Rush ends with the keys turning off. Sorry if all that sounds pretentious, it’s just something I’m genuinely proud of and put so much time into!

In terms of finding inspiration now, it’s definitely difficult to write when you’re not able to live the experience, but luckily I had planned for my next project to be about wanting to be dancing and having fun which is certainly easy to write about at the moment!

GP: Were there any major changes between recording your two EPs 'Volatile' and 'The Breath Within Your Chest'?

Oh yeah, definitely. Volatile was a collection of originally 5, now 3 singles that I put out in my first year of releasing music. It was made into an EP more out of necessity rather than creativity. I really needed to put something out that would have a “story” people could write about.

I’m still really proud of it, or at least the songs that are still up and Volatile remains one of my favourite tracks. Breath on the other hand was an EP from the get go. I could go on for ages about all the tiny different meanings behind the title of the EP or all of the references in the tracks, but that would take forever and I would sound insane!

I think that’s why it’s so important to me though, because it really was my entire life for a year and a half, constantly thinking about it, about the situation, about writing the songs–it drove me crazy! It’s an EP that I’m so proud of but at the same time, is a reminder to never ever let myself go down that far again. 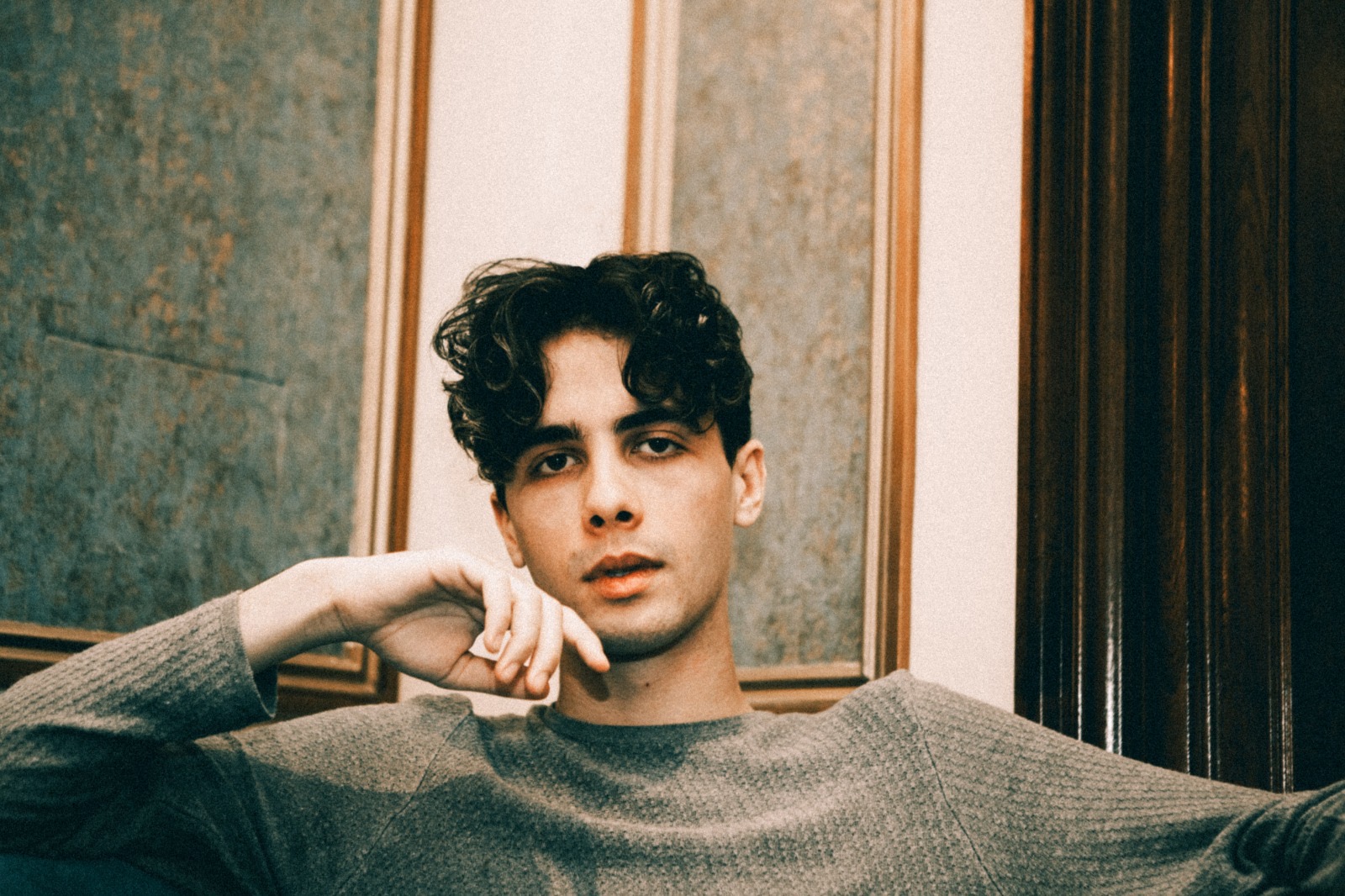 GP: You have written songs with other artists, is that something you would like to continue doing in the future or do you rather writing for, and by, yourself?

I would love to write for/with other artists. It’s something I’ve been lucky enough to do quite a bit of recently. When it comes to writing for other people, I love to focus on melody, writing and production, because I think it’s a great way to learn and try some new stuff out. I find it harder to write lyrics though, because it’s always such a personal process for me that I find it hard to do that for other people.

Although I do love writing lyrics with other people for myself, I think it’s so helpful to talk through everything with someone else, because you get a different perspective from them, a third opinion.

GP: What kind of music do you listen to yourself?

Oh as much as it’s a cliché answer, I really do listen to everything. I love being inspired by other genres and bringing it into pop. I think it’s so interesting to go to the extremes of genres too. At the moment,

I’ve been listening to a lot of SOPHIE, Eden and Bronson. Check out my playlist on my Spotify page, it’s where I put all the music I listen to!

GP: How do you feel about the current state of the music industry? Are you optimistic about the future?

I think we’re definitely in an unusual place with the music industry at the moment. With live music on hold, I think it’s very difficult for bands who rely on that to either make a living, or get a deal. I’ve heard of so many sad stories where someone I knew was so close to getting signed, then Covid happened and put a stop to everything.

On the other hand you’ve got TikTok making people stars overnight, regardless of whether the music is any good or not. In my mind it’s created a whole new genre of “viral music”, that is written specifically to do just that. Yet at the same time, while all this is happening, it hasn’t changed the fact that there is still no “right” way to “make it” in the music industry.

So, if you think about it, has anything really changed at all? No artists career is directly comparable to another, there might be similarities, but they’re all individual. My Dad was the first person to tell me one of the only things that seems to be a common idea within the music industry, “Make great music, and the rest will follow”, so that’s what I try to stick to. (Although, I do kinda wish he had told me about TikTok before it became so big…)

At the moment I have so many songs that I want to put out. I’ve really loved working with everyone the past few weeks to write and produce my next project. Now, it’s just a case of when it’s actually possible to do so. My next EP is all about dancing, having fun with friends, getting a bit messy...

So, I really want to make sure that when it comes out, we’re all able to party to it in person! That’s not to say there will be no new music until we’re allowed out again. At the moment, I have quite a few stand alone singles planned coming in the coming months, but I think I’ll wait just a little while longer before releasing another larger scale project.