KID BRUNSWICK has been making a name for himself as one of the most exciting musicians in the alternative scene, releasing hit after hit and garnering support from BBC Radio 1 and Spotify along the way. With his blend of grunge, punk and catchy hooks, Kid Brunswick has been taking the airwaves by storm. Having only launched in 2020, the artist has gone from 4000 monthly listeners on Spotify to over 300 thousand with three tracks already standing at over a million listens each.

We spoke to the London native about mental health, traditional media support and what advise he would give to up-and-coming artists. 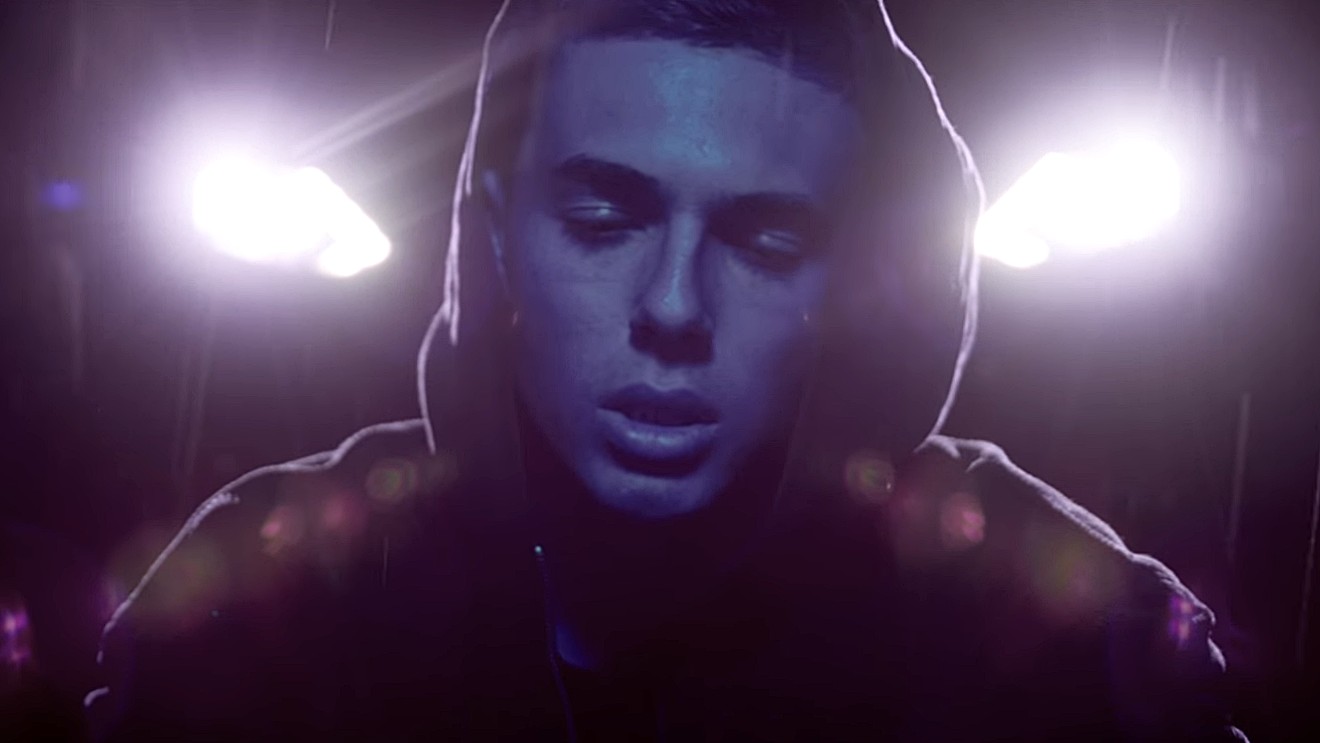 GP: So tell us how you started out in music? Is it true you went to music school?

KB: The school I went to was kind of like a music school. It was a primary school for people that had to have. Music talent but it was part of the school called The London Oratory School.

It’s a state school, but it’s really amazing if you’re really well-behaved. It was very strict, shorts all-year-round, caps, it wasn’t really my vibe… but I did learn a lot there. A lot of stuff I use in my music now, I was classically trained there so it gave me a head start.

GP: When did you shift into more contemporary music?

I grew out of the classical music thing very early on. I left the choir two years before I left that school. I think it was mainly just because when I moved up to high school and was still doing choir, people were taking the piss out of me because I had to wear robes, like in Harry Potter. Looked a bit like a priest. I think when people started taking the piss for wearing the outfit, it wasn’t just me but I was the only one that was like ‘yeah, what the fuck am I doing?’

And when I went to my next school that’s when I started experimenting with my own music, around the age of 14.

GP: You launched your career in 2020, what was that like?

It was fucking awful. Like I literally chose the worst year to produce a project but yeah, in some weird way because everyone’s online, I’ve been able to grow my fanbase in a really amazing way. Like people are messaging me and I’m basically just talking to fans all the time because they have nothing to do other than find new music.

The pandemic, I hope I don’t get crucified for saying this, it’s been amazing for my career, as much as it is awful.

GP: You talk openly about mental health in your music and on social media did you plan to speak so publicly about it?

No, not at all. I think since I got sober that was the point I realised like, oh, I can use all the stuff I’ve been through and put it into my music and talk about it. I think people connect a bit more.

GP: Do you feel more pressure because you speak so openly about it?

I get messages from people that are in really bad situations, and they’ll message me having never spoken before because of things I’ve spoken about in music and it’s kind of daunting, that can be exhausting. Like, I can’t do anything.

GP: Does it make you want to take a step away from social media?

Sometimes I take breaks from it but I think when you’re building a career, building the foundation, I think it’s really important to have a key, core fanbase that you care about and they care about you as well.

GP: How do you feel about celebrities and influencers speaking about mental health?

But, I get tired of seeing the same shit on social media as well and it’s kind of a weird situation because you have all these celebrities posting about World Mental Health Day and I don’t really find that helps.

I don’t find it changes the way I feel just because I don’t connect to people that have that celebrity status, living in an amazing house and on the surface having your life together, an amazing career, and of course, you don’t know what people are going through in their real life and I’m sure it’s not as glamorous as it seems but I relate to, and people my age relate to people, who don’t have that life who have those issues because it’s more relatable.

You know, not having a mansion and struggling financially and dealing with all that shit as well. It’s about being on a journey with people. I think it’s important that if it’s something you have experience with to talk about it and talk about it in a way where it’s not like, "I’m better with my mental health now, you should do this"- it should always be a thing of "this is what works for me, it may not work for you." 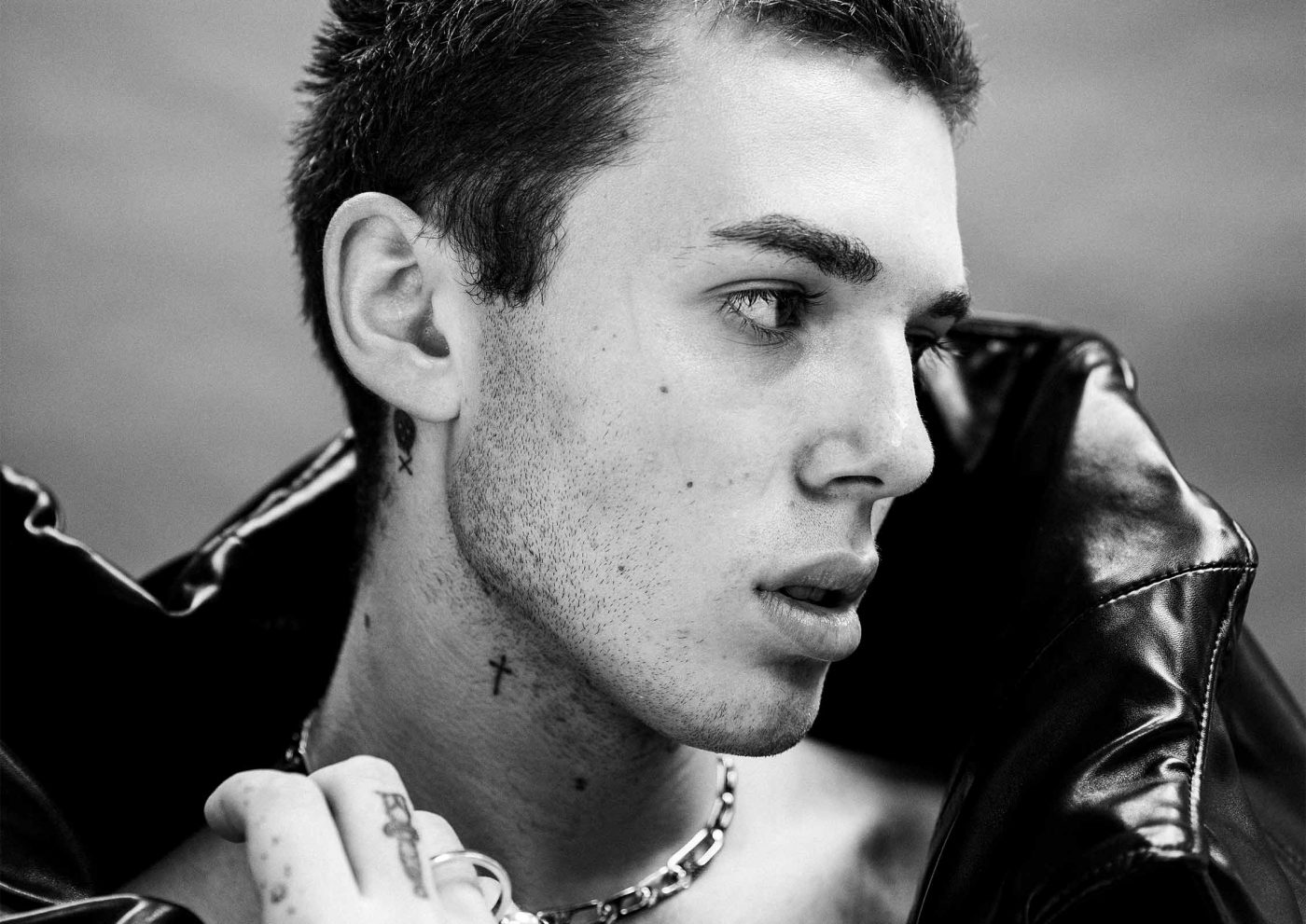 GP: You've been supported by Jack Saunders who presents over at BBC Radio 1 and MTV, how did that come about?

That happened really weirdly. My manager just called me and was like ‘hey, Jack Saunders wants to play you on the radio’ and I was like, ‘what the fuck?!’. He [Jack Saunders] called me and we did an interview and then I’ve become friends with him and his girlfriend Cass who is amazing, she’s probably my best friend now which is weird.

It’s become a good sort of bubble of friends and because of that whenever I have a new song I’ll send it to Jack and if he likes it he’ll play it. He’s super invested in me and Jack is a really fucking good DJ, I’ve listened to him for years on the radio which is really weird when I was speaking to him and he played my stuff.

GP: How much do you think artists still need traditional media?

I don’t rely on the radio but it definitely helps and it’s a good look. The thing is, when I do get played on the radio, I do get more followers, I get more people reaching out. Especially if you’ve done an interview because everyone is tuned in at the same time. The radio will never go away, even though there might be a dip in terms of how popular it is.

I’m young, my sister is even younger than me, and we all listen to the radio, it’s not a thing that’s going away. They’re the people who introduce you to the music of your generation.  It’s really good to have Jack on board, I don’t really know of anyone else.

The only person I care about having my back is Jack because I love him as a friend and I trust his taste in music. Him playing me on the radio is a massive honour for me. It’s really fucking nice to hear your songs on the radio.

GP: So what advice would you give up and coming musicians?

I think for artists now, I don’t think radio is specifically what you should aim for. I didn’t aim for it, I just wanted my songs heard by over 10,000 people. I released a song called 'Prescription Kid' and it blew up and got nearly 2 million plays and since then everything else has just fallen into place like the radio and press.

I think everything is focused on streaming. I think the most important thing now is to try connect to an audience in whatever way - it could be through radio or streaming or Soundcloud or anything.

My favourite platform is Spotify, I love Spotify - I have a really good connection with Allison Hagendorf who is the head of rock there. She found my music and has been playlisting my songs. It’s about having a champion whether it’s radio or Spotify or Apple Music or anywhere. If you have a champion who really backs your music then they can open doors for you and I’m really lucky to have found that early on. Don’t rely on anything just explore what works for you, if you have gut feeling that something feels right just go with it

GP: And lastly, what are you currently working on and how are you spending your time on in lockdown?

I’m back at home, living with my mum for a bit which is nice and I’ve got a studio in the back. Basically just working on all the stuff that I’m releasing which is really exciting.

I’m kind of just working on a load of music - I’m not meeting up with anyone but I’m on the phone to friends and people I’m working with all day. I think we all learned through the first lockdown which was shit for everyone - this one doesn’t feel as shit for me at all. I think we’ve all done it before and we’re kind of used to it. It’s like if you get slapped in the face three times, by the third one you’re used to the pain.