Over the past number of years, Hausu have been one of the most active collectives coming out of Cork city. Their artists, including the likes of Ghostking is Dead, Arthur Valentine and Automatic Blue, have been releasing music consistently ever since the first seed of an idea was sown over Christmas dinner in the Corrigan household in 2017. What started out as a casual ‘what if’ quickly spiralled and before long the name Hausu became synonymous with the rebel county's pop-rock electronica.

Three years on, the collective’s soul lies in a house in the heart of Cork city, where three of its members moved mere weeks before lockdown began. It’s here where Arthur Valentine  (Luke Aston) puts the finishing touches on his newest release, thanks in no small part to the production skills of Automatic Blue (Drew Linehan).

This house is also the home to Jack Corrigan, better known as Actualacid, who’s known within the label as a synth God extraordinaire. The trio moved in together to commit to working on music, and it’s this works that has acted as a helpful distraction from the horror outside their door.  “It’s been good” Jack laughs, before adding hesitantly “but as soon as I remember why we’re locked in together it’s like ‘oh shit, this isn’t a blessing in disguise, it’s dangerous out there”.

Actualacid has been releasing music since his debut single ‘Casino’ in 2018, the first single ever released by Hausu. “I think Ghostking is Dead’s ‘Sweet Boy EP’ was first” Corrigan recalls “then some of my stuff came out”. Since then he has released a number of singles and an EP, entitled ‘Boredoms 500’.

His other-worldly blend of traditional psychedelica with a powerful synth and percussion backbones stands out when compared to his peers at Hausu, but his ability to collaborate seamlessly with any artist has proved critical to the collective’s success.

His newest release, smith, is a collaboration with Burner Record’s producer Marcus Woods, whose previous work includes features from Dublin stalwarts Rebel Phoenix, Mango and Fynch. As the release of both a single and a video for his previous track Heaven's Gate Nikes draw closer, Goldenplec caught up with Actualacid to discuss everything from Mark E. Smith, his upcoming album and how a toy sword tickled his creativity. 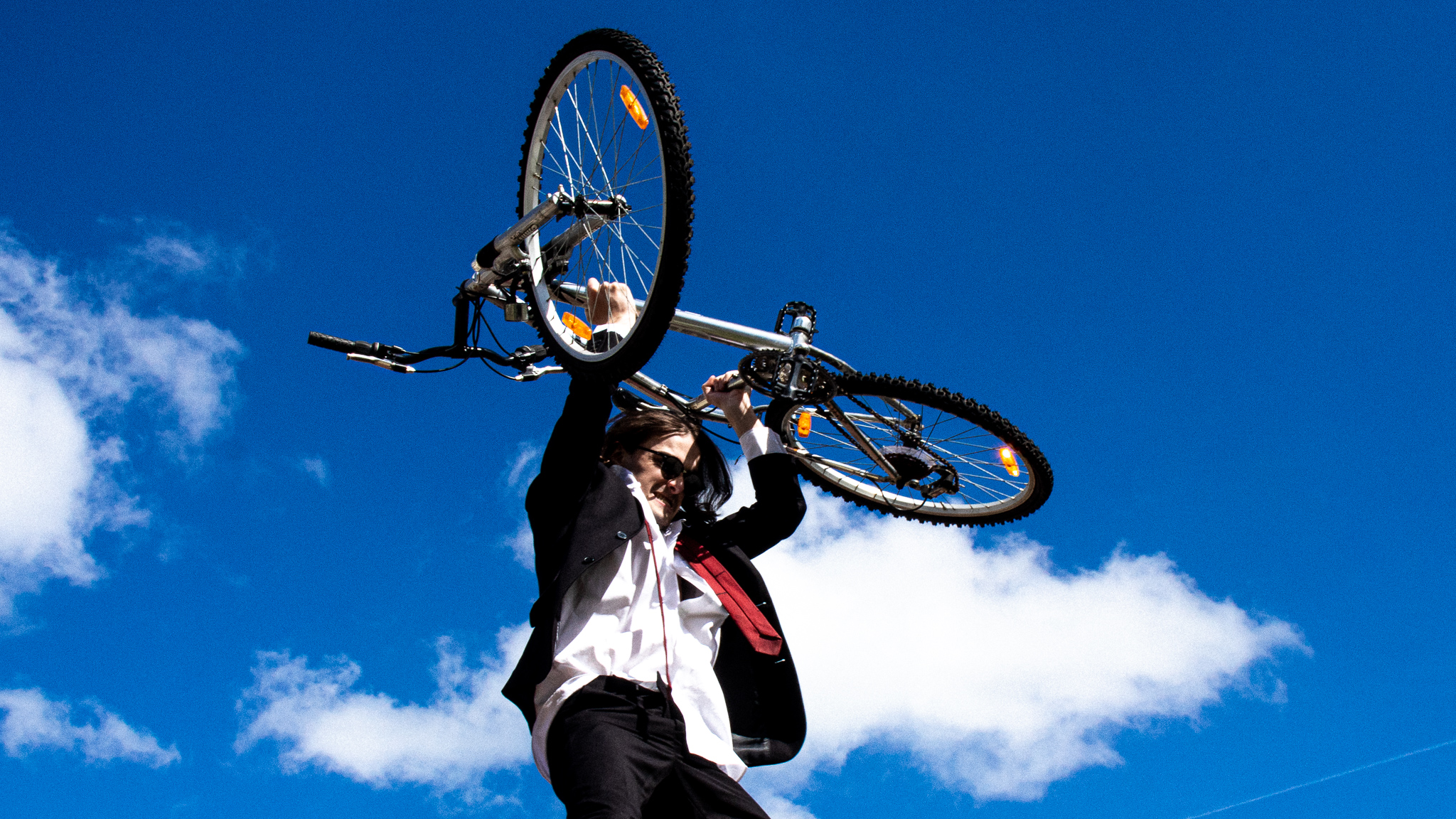 <<GP>> How did you originally start making music?

I used to take guitar and piano lessons as a kid. I was never any good, but then Drew wanted to start a band because he’s a fantastic songwriter so I thought ‘oh I better find something I’m good at so’. From there I started messing with Synth and stuff, I bought my first synth and it blew my mind when I realised you could make it sound like anything you want. It was great. From there I got into production.

<<GP>> How long were you playing music before founding the Hausu Collective?

A few years, I think. I wish I’d started earlier though. I’d watch these ‘Rap Deconstructed’ videos on YouTube and you’d see these 17-year-old's who make 50 songs a day on their laptop and they’re all unbelievable good. I feel a little late to the party sometimes. It was my other cousin then, Matthew, who’s another insanely talented individual, who started talking about founding something. We thought it might be an idea to all band together and form a sort of collective. We were all friends anyway, so it was just a case of releasing things under the same name and taking things from there. We just thought we’d call it all one thing and let other people do the work.

It was. Before Hausu even started I’d been working on a project. It was the kind of thing where everyone was working on their own projects individually at the same time. Then Matt [Corrigan - Ghostking is Dead] asked me to do a song with him and me and Drew were working together, and we all sort of knew we were all working on these three projects and we knew if we all banded together we could drop a series of tunes under this new name and take it from there. That EP… I haven’t heard it in so long. I’m afraid if I listen to it again I’ll hate it. I didn’t believe in EQ-ing back in 2018. I didn’t know what compression was. I know I’ll just pick away at it and rip it to shreds but I know that in a few years I’ll forget I’ve made it and I won’t visualize the Ableton live session, so I’ll be able to detach myself from it.

<GP>> Tell me a little bit about the new single, smith with Marcus Woods. How did collaborating on the track work?

It’s a weird one because it was more me dipping into his pool of sounds than anything else. I like doing that, I like trying on different sounds and stuff and seeing what I can do. I did a remix of a Ghostking song and that was me trying to do a really psyched-out, long-player sort of jam, and Marcus Woods reached out and said we should work together, and from there I sent him stuff, I made a load of samples and sent him those, mostly analogue beats and chopped-up drum beats, and we just sort of sent them back and forth for a while until it took some sort of shape. The sample came from me, I listen a lot to this guy Powell and he’ll take snippets of what sound like old punk guys talking and insert them as a sort of percussion into the song. There’s a clip of Mark E. Smith and he’s recording vocals and he’s giving out yearns to the sound engineer and that’s where the snippet came from and we worked it into the track. The song was never officially named smith that was just the working title but that was just a homage to him. I’d never done this before, I’d never played Stem Tennis, sending tracks back and forth, so it was good to try. I’ve still never met him.

<< GP >> You just released the video for you previous single, Heaven's Gate Nike, tell me a little about that?

We recorded it about a month ago. There was that Bandcamp day and we finished the song for that and I thought it would be finished with then but Drew brought his brother’s plastic sword home and I thought it’d be funny to have it in a video. So I quickly jotted up a storyboard and I’d say we shot it in 30 minutes spread over a few days. Then I got Premiere Pro and spent a while teaching myself that and shot it all and edited. I took my time with it because I wanted to see if I could make a music video by myself. It was way easier than making a song. Way less stress.

<<GP>> You’re working on an album, how far along in that process are you?

I’m telling myself I’m near the end. There’s one song that’s taking me like a year, and I know that once that song is finished I can finish the others in like a day. I’m trying to work my way through the tracklist, working backwards. I know what the album is going to be so I’m trying to go through all my old ideas and fill them and build them from the ground up on everything. I know that with this one song I need to click one thing into place and it’ll all make sense then. So it should be out by 2030 I’d say.

'smith' is out now now on all major streaming platforms