The first headline show Everything Everything played on Irish shores was to a sold-out Whelan’s in 2013, a night that lives on in the memory of bass-player Jeremy Pritchard. A “riotous crowd”, he remarks, as he audibly packs his pants into a suitcase in preparation for the upcoming tour. Our phone conversation begins as he revisits that night.

“It feels like the crowd is on top of you, people are so close to you at the front and you’ve got the gallery above. We were touring our second album which was full of more introspective, headphoney songs.”

Strikingly articulate and affable, his voice rises with delirium as he recalls. “People were crowd-surfing for songs like the The Peaks and Choice Mountain, it was mad — we loved it.”

Everything Everything’s upcoming UK and Ireland tour is their largest yet but the first three legs — Dublin, Norwich and Birmingham — have been postponed due to treacherous weather conditions caused by ‘The Beast from the East’. Pritchard and his bandmates do not for one moment take their live shows for granted. Production meetings, regular rehearsals, impromptu idea exchanges;  the shows verge far from being immaculately conceived.

“I’m kind of apprehensive,” he laughs giddily, “Cos’ it’s kind of a big tour, it’s been a while since we’ve done big production touring.

“It’s also our first attempt at playing three songs that are on the set-list. We deliberately kept those songs back for a more measured, esoteric set-list.”

Performing to dedicated Everything Everything fans  — as opposed to larger, variegated crowds like at festivals  — allows the band to play more of their more cherished niche album-tracks. The set-list is open to reconfiguration, though, Pritchard reveals. As the tour progresses, the more fine-tuned their performances should appear. Although, he admits, rawness is a musical virtue.

“We do tend to move things around a little bit, partly to keep ourselves interested. If, for example, we’re in a smaller space, it’s nice to be a bit punkier.

“As we go through this tour, we’ll probably settle on a premium version of the set-list,” he chortles at his own phraseology, “If there even is one.” 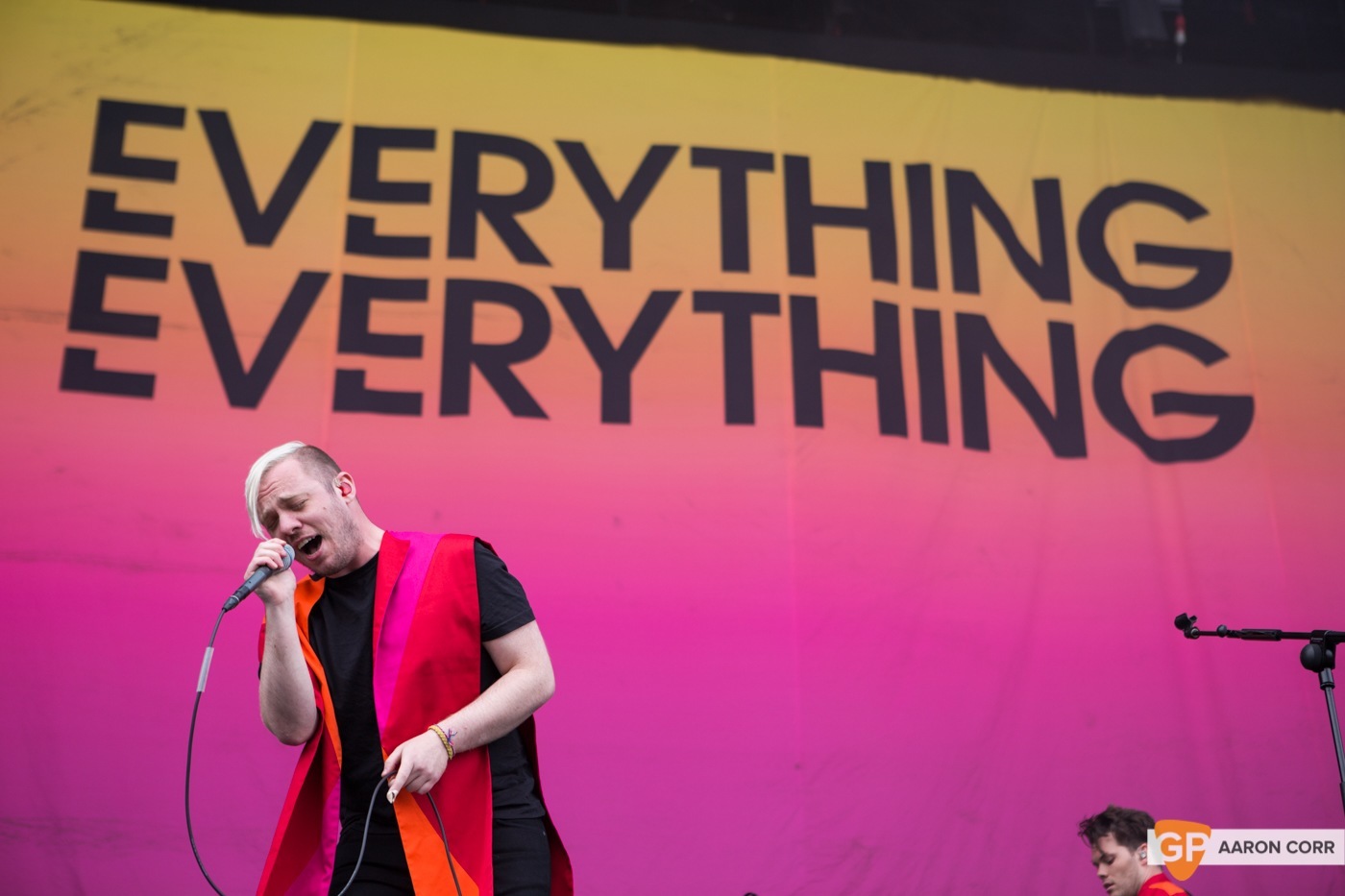 'A Deeper Sea' is a stand-alone EP that the band surprise released last week — comprised of an original track (The Mariana), a lost-cut from 2017’s ‘A Fever Dream’ (Breadwinner), a Neil Young cover recorded live for Annie Mac’s BBC Radio 1 live session (Don’t Let It Bring You Down) and a Tom Vek remix of 'A Fever Dream' track Ivory Tower.

“It's kinda piebald but it’s actually something we have thought about shaping rather than just being a default three or four songs,” Pritchard says of the EP. “We just want to put out music whenever we’re able to. “

Conscious of the ebb-and-flow and DNA of an album, Everything Everything did feel an urge to block-release this collection of songs but were wary of merely pushing a deluxe-version of 'A Fever Dream'.

“We have a very clear idea about the beginning, the middle and the end of an album — about how it’s supposed to flow.

“On streaming services, if you put five extra deluxe-version tracks at the end, it just all plays through as one. There is only one version of the album.”

The Mariana — an explicit allusion to the world’s deepest ocean trench — carefully, and tenderly, reflects on the social conditioning that debilitates men and causes them untold harm emotionally, and, sometimes, physically. A silent epidemic of male suicides sweeps not just throughout the UK, but Ireland too.

“It’s descending into the depths, as it were, emotionally,” he explains. “How almost all young men will, at some point, go through it and it’s question about whether or not you’re able to communicate it, either to other young men or to the people around you.

“It’s delicate and comparatively stripped back. We spent a lot of time working on the nature of [Jonathan Higg’s] vocals. There aren’t a lot of bells and whistles. His natural approach would be to just belt it and sing really high.”

Finishing out the short-bursting four-track EP is Don’t Let It Bring You Down,  a live Neil Young cover. It’s an intriguingly crisp interpretation of the original. The story of this confident redux is, as you’d expect, emblematic of the group’s restless ingenuity.

Pritchard, along with his three fellow bandmates, were bundled with autographing 3,000 physical copies of A Fever Dream for fans before it’s release, a task that took a number of drawn-out, fuzzy days.

With an eye to their upcoming Annie Mac’ BB1 Radio 1 live session — where artists traditionally live-perform renditions of recent hits, or revered classics — they felt pressured to reimagine something noteworthy. “Covers are not just something we can bang out, we’re neurotic about it; we want to put our own stamp on songs and want them to be high quality.”

To cut through the monotony and limb-aching wringing of hands as they repeatedly scribbled their names, the band sat around listening to soothing, soulful classics. Or “nice music”, as Pritchard puts it.

Hearing it ooze out of the speaker one of the days, Don’t Let It Bring You Down was a song Pritchard saw perfect for the live session, citing its “effortlessness” and “warm, pleasing harmonies”. His colleagues agreed, and it found its way onto 'A Deeper Sea' as a direct result.

One of the most irrepressible UK bands of the last decade — complete with hook-heavy and saccharine-sweet melodies, spectral vocals, cryptic lyrics, danceable riffs — they have yet to forfeit creativity in the notional expedition towards digital-age relevancy.

The Manchester quartet have managed an album turn-over rate of two years, on average, but a late-year touring schedule means a 2018 album is not only mathematically improbable, but out-of-the-question.

“There’ll be no album later this year, I’ll level with you,” he says laughing. “We very much have our heads in the last album, touring it and doing it justice live. It was nice, however, to go back into semi-studio mode to make The Mariana and finish the other songs.”

Constructing substantive record after record without becoming overshadowed by expectation or burdened by thematic scope is thanks in large to lead-vocalist Jonathan Higgs, Pritchard says, who spins together inter-dimensional narratives in a way most sci-fi writers can only envy. Then there’s his easily distinguishable vocals, a fiercely theatrical falsetto.

Cast an eye back to 'Back to Heaven', their blockbuster art-pop triumph, and you see how Higgs assumes the identity of various characters — good and bad — to examine dualities and, consequently, paint overarching themes. On Regret, in his typically heady style, Higgs opens the song portraying an aspiring suicide-bomber having troubling second thoughts. “First you’ll see me on the news, then never again/I’m rolling in my grave/Feeling like a grenade.”

Pritchard thinks of Higgs as a moving target, near impossible to pin down. He speaks clearly of the importance of making art that’s both socially and politically aware but not “discernibly lefist”. The entire spectrum is more interesting to navigate, he finds.

“[Jonathan] often plays the bad-guy and all of those personalities are in the music despite our own pretty standard lefty sentiment,” Pritchard chirps. “It’s more interesting to really rub your face in all of the dirt that’s available.”

Longitude festival — to the acclaim of some and the shock of others — this year announced a line-up unlike any of its predecessors. It signalled a seismic shift from indie-lad-rock towards a more inclusive, metrics-driven line-up, made up entirely of hip-hop, RnB and modern soul acts. 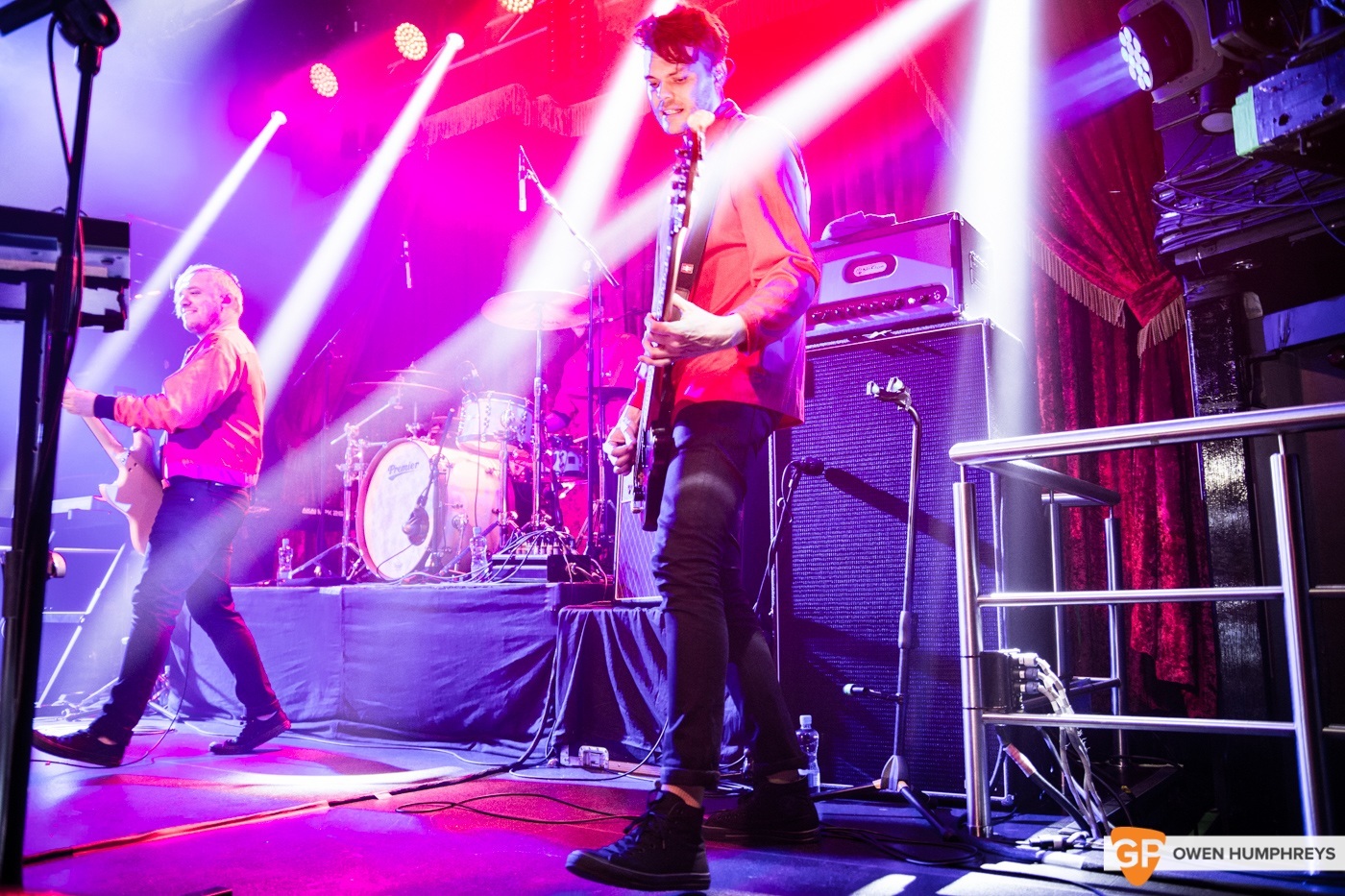 Although Pritchard says the group don’t necessarily see themselves as a rock or guitar band, he recognises rock’s modern pop-culture irrelevancy. Everything Everything, like most great artists, look forwards, not in their rear-view.

“It’s great because those artists have loads to say, and have a lot more to say than some of our traditional white-rock contemporaries, or however you want to label it.

“Same thing happened here with the Reading Festival. It was a line-up unusually dominated by black and female artists and the anger and ire directed towards it was really...uncomfortable.

“That festival has so often been the preserve of more traditional, older, white audiences and quite rightly, they’re trying to broaden the power. I welcome that.

“An artist like Kendrick Lamar, I mean, he’s like Michael Jackson or something. The scale and the ambition of those shows is amazing and rap or grime artists like Kendrick deserve their place on festival stages.

“I’m glad big festival promoters are stepping up to challenge elements of industry racism and sexism — that’s how you bring about change.”