Elder Island know a thing or two about patience. Their meticulous approach to making music means that the Bristol based electronic trio may have to wait years to finish a track. Why use a sample when you can travel to another country and pick up an unusual instrument, bring it home and use it yourself? Why waste the opportunity to experience a culture in the process that you may later draw upon in a future song? It’s this unflinching search for authenticity and perfection that makes Elder Island such an intriguing proposition.

Their determination to maintain their physical musicianship whilst navigating an electronic field may seem like a futile endeavour to some, but their unwillingness to compromise in an overly-instant world should be commended. If only more musicians took such a spiritual approach to creating music our collective ears and hearts would be far better off for it.

Elder Island return to Ireland following an appearance at the inaugural All Together Now festival this summer for a headline date in The Grand Social, Dublin on October 30th. 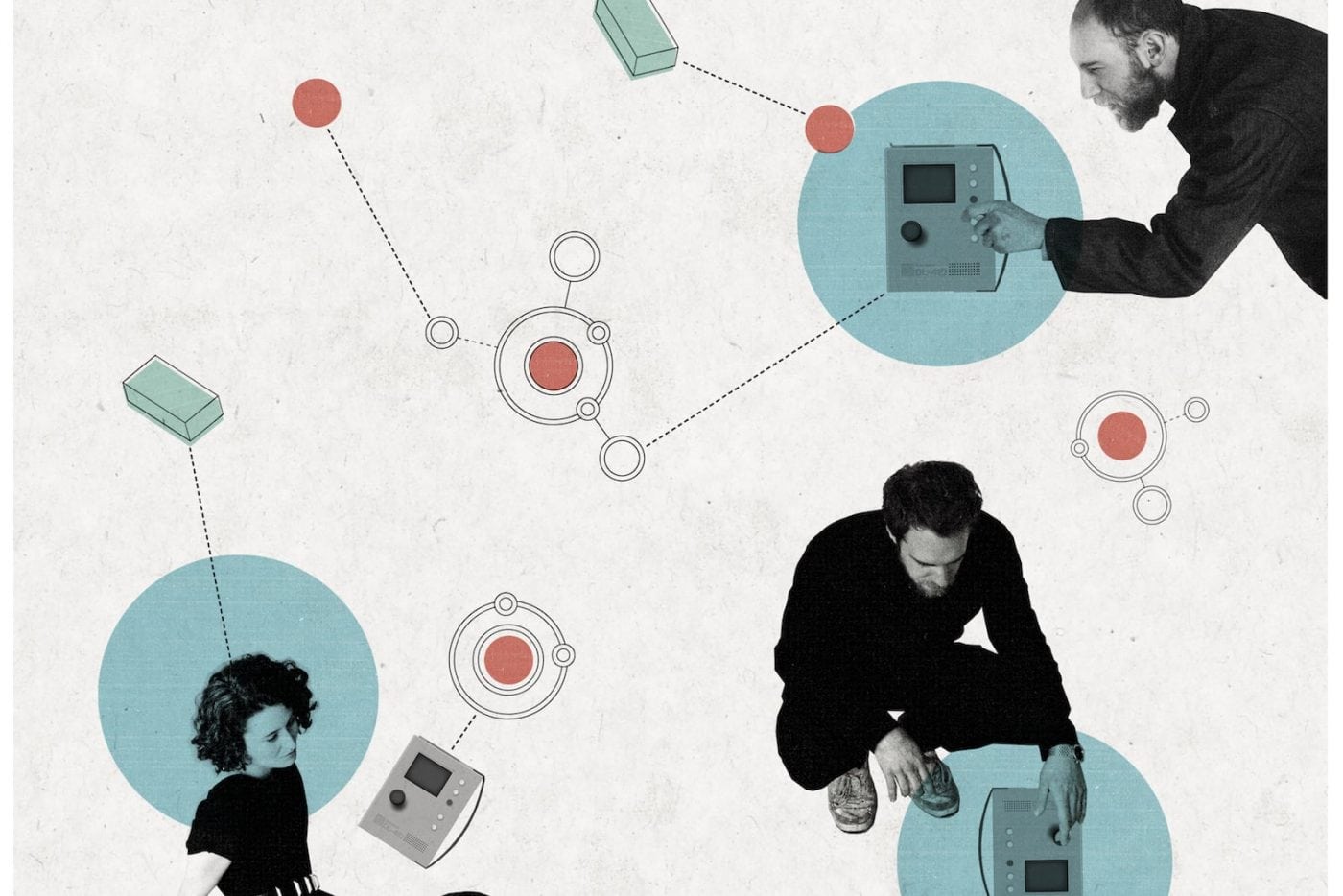 <<GP>> Bristol has a long and varied musical heritage, from Massive Attack to Portishead to Idles, who are currently ripping up the charts. Why does Bristol value the art of making music so much?

What city doesn’t? Bristol is a highly creative city in all forms of art, with music being one of its strongest outputs.

<<GP>> In order for a town to cultivate so much talent there must be a huge amount of support from the wider community?

Bristol is home to a wide variety of independent venues, record stores, galleries and has a community of artists and musicians that are working to make something of the city. This extends out to those living, enjoying and supporting what is being produced. Additionally there is a great connectivity to similar creative networks outside of Bristol that help to infuse and enhance its creative output.

<<GP>> Does coming from such a music-orientated town also have its drawbacks for a dance act, because as soon as people hear Bristol and dance music you automatically get listed beside and compared to Massive Attack and Portishead?

I wouldn’t necessarily say that that’s a drawback. They are hugely influential, important artists that are recognised and respected the world over. Being associated with an artist like that can only be a positive. We’re not trying to follow in their footsteps or reproduce what they created so when people hear our music I think it speaks for itself.

<<GP>> Despite the fact that your music is quite modern you use a very traditional method to create music. How did the idea of recording and sifting through jams for gold come to be your primary way of writing?

Its how our entry into electronic music all began. We enjoyed the process of playing music together, responding off each other and would document it. It was a complete learning curve for us early on. Over time we found that to be the most enjoyable and exciting way to work. We would start with no ideas and just play the instruments and equipment we had to hand, and sometimes, something would happen, certain parts would gel and we would all look at each other and know.

<<GP>> Of course other bands have done this previously, but it used to be solely the recourse of established acts with access to traditional studios. Are you conscious of the fact that you can only operate this way because of technological development? What would Elder Island have done if this method wasn’t readily available?

Definitely, the advent of DAWs and affordable interfaces has put being able to create and record music into anyone’s hands who has a computer. Luke and I used to be in bands growing up, when this technology wasn’t readily available and we would pay to record demo CDs. Now, we are able to record for hours and hours without the worry the tape will run out or how much its costing a day to be in a studio. I guess if we didn’t have access to this we would have found a different way to work - we started out making much more folk-based music so maybe that’s what Elder Island would be making today. 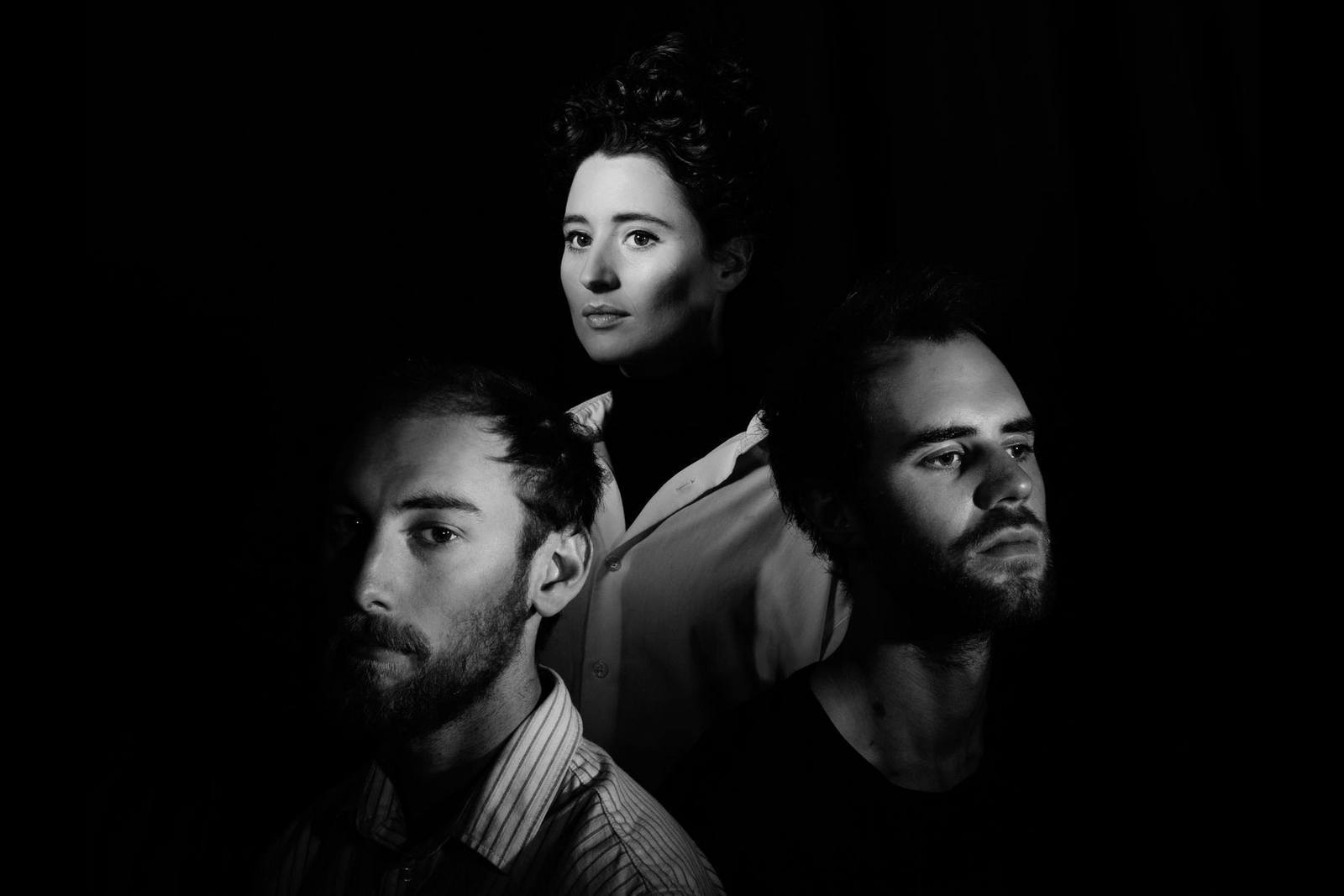 <<GP>> Once you listen back and panhandle the tapes for gold what’s the next step? Do you isolate one idea and try and develop it further or do you try and combine several ideas together - what’s your approach?

Depends what came from the session. Sometimes we will have a full song flow that progresses in a way that feels right, except that it’s an hour long! We tend to slice it down to the core essentials and stitch it back together. This brings out the way the vocals work, what we see as chorus and verses and we can define parts, and how long they want to be.

Other times we might have one little snippet of 10 seconds, out of hours of playing, that’s just begging to be expanded. It triggers new ideas and thoughts and we will go at it again with a different approach. We could end of having about 20 different takes of that one little snippet, with lots of different ideas coming from it again. The tough part is then boiling these new ideas down to actually create something that we’re happy with.

<<GP>> You must have plenty of solid ideas on file waiting for development. What’s the longest time it’s taken an idea from one jam to line-up with an idea from another to complete a track?

About 3 years. This was when we set up our current studio where we played and recorded a lot after its initial creation. Our 2nd EP 'Seeds in Sand' came out of this and there was so much material then. A lot of ideas came from that time and it was hard to turn everything into a finished song. Our forthcoming single Don’t Lose was one of them.

We had some of the vocals and some rough ideas but what the song was then is dramatically different to what it is now. Over the years we had more cracks at it, but it wasn’t until this year while working on our debut album that we gathered every recording we could find of it. Out of all of them, it was a dodgy phone recording that excited us the most, so we used that as our base.

<<GP>> How important is it for you guys to physically create music with your hands even though technology is such an important aid in your process?

We are all about hardware, it’s all we use. Computers and DAW’s are used to document and help speed the process up but everything is created with hardware and we just record the output. Everything feels more impulsive and exciting when you can immediately interact with the instrument you want to play, quickly try an idea out, build a loop with it. If you don’t like it, you can move on quickly without it affecting the flow of playing together.

<<GP>> Is this part of the reason you chose to showcase your chops by releasing live versions of Welcome State and Bonfires recently?

They were recorded and filmed with Mahogany sessions at the Distillery studio and after listening to the quality of the recordings we couldn’t see why we wouldn’t want to release them.

<<GP>> Speaking of live shows, what have you got in store for Dublin?

Don’t want to give the game away, so you’ll have to come and see! 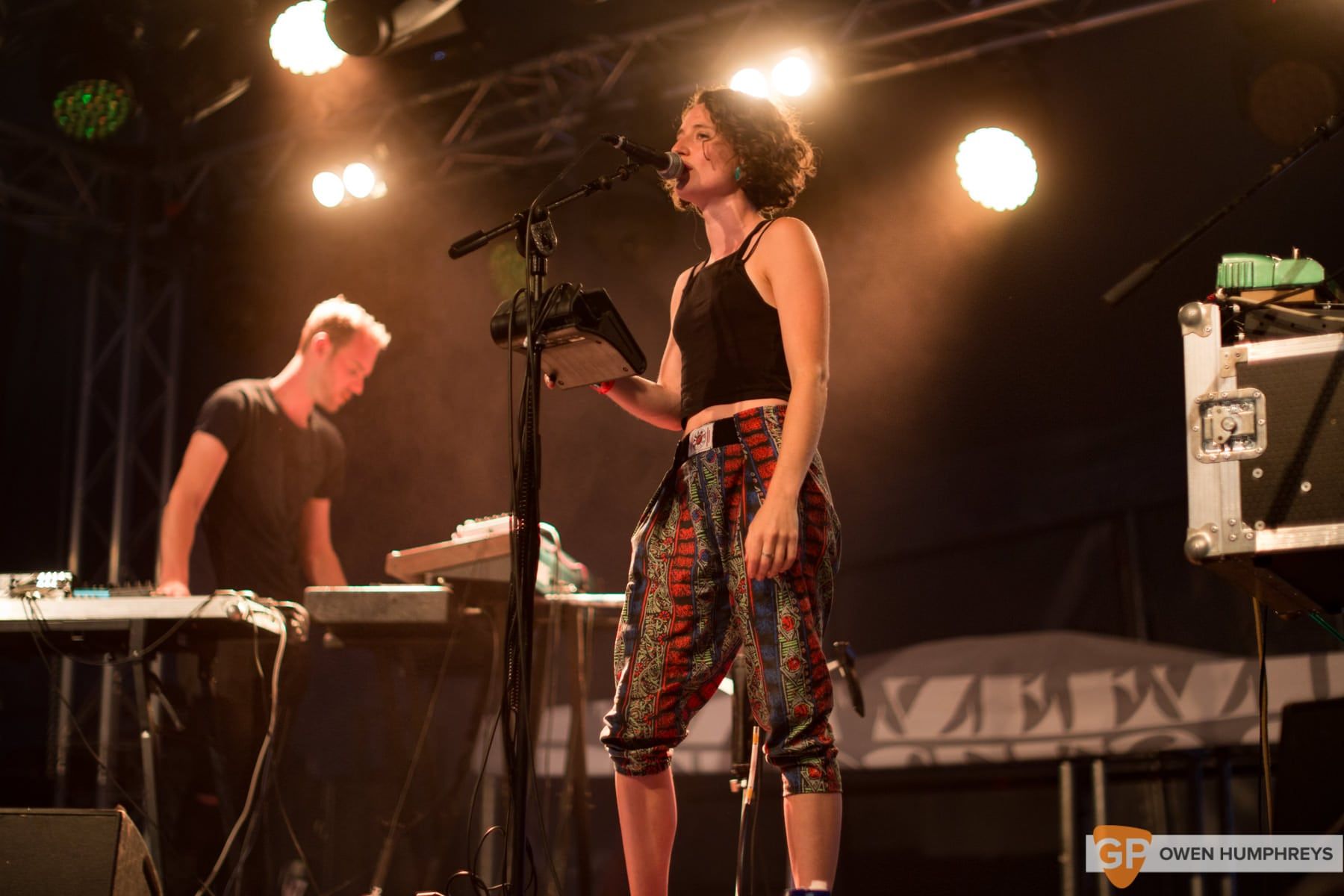 <<GP>>You use a Marimba on Bamboo; do you guys have a large selection of instruments to experiment with?

We have collected a wide range of instruments over the years, electronic and acoustic. Luke has a little bit of a fetish for percussive instruments and likes to travel so will always come back with something.

<<GP>> You guys have released two EPs and some single so far. Can we expect an album at some point in the future? And will there be any collaborations on it?

We have recently just finished our debut album which will be released early 2019. It’s been a long and exciting process for us. We decided to work with a producer for the first time on this record to pull everything together, so we see him as our collaborator.

Working with Ali Chant at his new studio ‘PlayPen’ was a perfect fit for us as he is very much a hardware man, and has managed to collect more instruments and outboard gear than we could shake a stick at. But we had a good go at trying them all and using what we felt would best expand our sound.