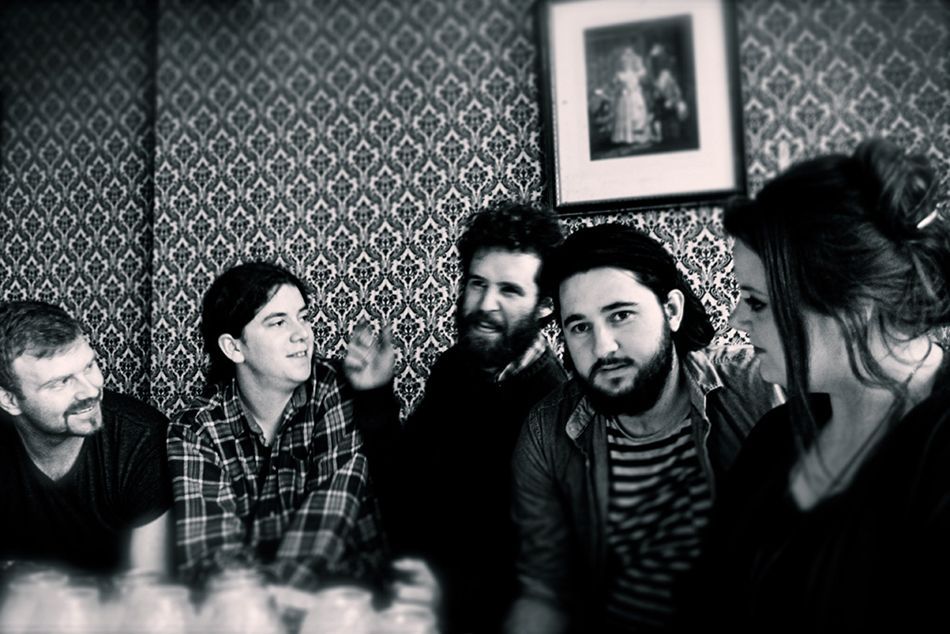 Few bands have had a more successful first year than Wexford’s Corner Boy. In the space of a year they have toured almost every county in Ireland, released a successful first EP, won Red Bull Bedroom Jam, played sizable festivals across Ireland and most recently played on the Late Late Show. With their debut single Ghost Town City released on the 7th of March and their second EP ‘True North’ released on the 14th of March; Wexford’s hardest working band show no signs of slowing down. GoldenPlec sat down with them recently for an interview and photo shoot.

Following in the footsteps of Walking On Cars by winning the Red Bull Bedroom Jam, Corner Boy have been given a massive boost, thanks to all the support they received. By the end of the competition they had over 126,000 votes across all social media platforms. “It was strange because we were coming from a position where were very much an underground band that were unsigned. We’d put our music out there and it had been exposed to people and everyone seemed to like it,” Michael Darcy, Corner Boy’s lead singer, told us. ”It was still great to see the reaction to our songs. It made us a bit more confident in ourselves. The way social media works it’s all about momentum. We always knew our music had the potential to do well but it didn’t have the platform up until then,” he said. “Red Bull Bedroom Jam gave us the means to go out and expose ourselves on a bigger scale.”

When it comes to talking about winning the final in Whelans, there is no false modesty within the band. “We genuinely weren’t expecting it at all. In March we were actually close to dropping the competition entirety,” Matthew O’Brien, the band's banjo player, tells GoldenPlec. ”We were in the DIT battle of the bands and we won the final. Afterwards we just thought ‘oh yeah we’re still in that Red Bull competition. Will we drop it and just do some more gigs?’ We decided to give it a go for a week and see what happened,” he says.

After seeing the recent success of 2012 winners Walking On Cars, their minds were made up. “After watching their stuff from last year we realised that it was really worth doing. That gave us the motivation to put the effort into it,” according to double bassist Leo Staples. “There was a negative aspect to it because nobody wants to bombard their friends with notifications and updates. The positives outweighed the negatives and it gave us massive exposure and gave us a leg up as a band so it was fantastic,” he said.

In typical ‘culchie’ fashion, the video for their Red Bull Bedroom Jam video was shot in a renovated pig shed. “We all live in a pretty rural place and a lot of us come from a farming background,” Darcy says. “We used to practice above a milking parlor and we wrote some songs for our previous EP there. The pig shed thing came about when we were renovating the farm. We put a lot of work into renovations and now its turned into this beautiful creative area that has become an artistic space for people in the community to come talk about poetry, do yoga and those sort of things. It’s great.”

As part of the prize for winning the Bedroom Jam they were given recording time in the famous Grouse Lodge which was put to good use. Having recorded the first EP in kitchens and sitting rooms this was a huge step up for the band.

“We knew we had huge potential as a band and that we just needed the right environment to be in and obviously getting that was crucial for us. We went and recorded with Joe Chester who was just a fantastic producer. He became like the sixth member of the band that week. He really cared about our music and the sound we were trying to cultivate,” Darcy says. ”We went and recorded from 9am to 11pm everyday. It’s pretty much unheard of in the industry to record a five track EP in a week. It just doesn’t happen. We were giving it 100% effort and from start to finish was five days including the mix which is great for us.”

The EP has five songs but choosing those five from the twelve songs they entered the studio with proved difficult. “We planned to play Joe twelve of our songs to get his opinion on them. We had maybe done eleven songs and it was really late. We were just going to head to bed. Leo persuaded me to play the last song Till The End. We were all wrecked, it’s a really emotional song and my voice was pretty strained after 6 hours singing,” Darcy says. “After singing it, Joe just pressed the intercom button and said, ‘That’s it. That’s a take. It’s pure, it’s honest, it has to stay.’ I tried to do another vocal take during the week but we couldn’t get one to match the emotion of that first attempt so we kept that first take and it’s the one that is used on the EP. It’s that fragility that gives life to the lyrics.”

The other four were picked a little easier and has left the band with something they are proud of, “There is a great mix on it. The delicacy of Till The End compared to Cold Love, which sounds like World War III going off, is great. We’re really happy with how eclectic it is.”

Talk of an album has been put on the long finger for the moment. “We certainly have enough there for an album but we are building and improving them all the time. We feel we have a lot of great music in us to come. As a band we’re so young. We’ve only been together for a year. We’re still cultivating our own sound and finding our feet. But being in Grouse was a massive catalyst. We kind of went from step one and jumped to step ten on the scale of things so it was great.”

‘True North’ is a big change compared to ‘Morning Morning’. The band sound has matured since their first EP which they consider more of a “demo”. They all see ‘True North’ as a “real band EP as opposed to the more introverted first record” which was penned while Darcy was living in Canada. The writing process has evolved profoundly too. The band now add their own arrangements and embellishments to the songs that Darcy brings them. These songs sometimes start out as poems as was the case with Oxen In The Sun. Based on Darcy’s experience of growing up in rural Ireland, it is named after a chapter from the James Joyce masterpiece Ulysses.

The decision to pick the lead single Ghost Town City was one that was taken very carefully. With lyrical content based on emigration and leaving family behind the second verse of the song deals with the separation between church and state. Nobody can say that Corner Boy’s lyrics are anything but impressive.

For the band it was crucial to make an impact with their first single. “…we wanted our first single to have a message. For us to be able to put our flag up let people know that we are writing songs with real lyrical context and integrity as opposed to ‘Ooohing’ and ‘Aaaahing’ like Pitbull. We want to be musicians and we really care about our art,” Darcy tells GoldenPlec.

One of the other advantages to winning the Red Bull competition was the opportunity to play festivals across Ireland. These sets left the band with some great stories and memories. At Indiependence, the band played to a huge audience. “The crowd were amazing and the interaction was just brilliant,” Matthew tells us. “Westport was slightly different. We played the main stage and were able to thank each member of the crowd individually by name at the end of the set. Two of them were only there to pick up rubbish.” These experiences are mixed with memories of seeing Elvis Costello’s multi-million dollar guitar rig being guarded by “someone more tattoo than man” and offering Ellie Goulding a can backstage at Electric Picnic.

The mere mention of Electric Picnic brings a smile to the band's faces. The morning after winning Red Bull Bedroom Jam, they all jumped on a bus bound for Stradbally. All except Leo. The band’s double bassist travelled back to Wexford to “thatch a roof for three hours and then drove to Stradbally” where the band ended up filling the Mind Field tent. Afterwards, Michael managed to sneak to the side of the stage and saw Bjork wowing ten thousand people. “…It was all a bit crazy for us because we went from having nothing to that in the space of six months. No band gets that chance. It was alien but we embraced it wholeheartedly,” he tells us.

The band feel that Irish music is in a safe place at the moment. Success breeds success it seems. “If you’re in an environment where people are achieving and doing well then other musicians want to emulate that. People are looking at the Kodaline model. Get a song on Grey's Anatomy and then boom your touring the world. It’s brilliant,“ they tell us. ”Then there are bands like Hermitage Green whom we have huge respect for. They are like us; they are picking up the phone and ringing venues in places like Fermanagh and Leitrim to get gigs. It’s like Irish music has stood up to be counted again which is great. We’re privileged to be involved.” Being in the middle of this musical fight back makes it difficult for them to appreciate everything. “…In 10-20 years time people will just look back and think Whoah that was an incredible time in Irish music.”

Despite being mentioned on various up and coming lists for 2014 and regular interviews on Ireland’s biggest radio stations, the band doesn’t feel any pressure. “We don’t deal in pressure. It’s not what we’re about. We’re about making music and sticking to our guns and keeping going forward.”

This time last year the band had only played one gig. None of them expected to be looking forward to another extensive Irish tour and an English and North American tour. For the remainder of 2014, Corner Boy plan to grow as a band and cultivate their sound. “We never stay stagnant. Since we’ve started we haven’t. Forward is the one word that best sums up our 2014”

Things look very bright for Corner Boy. With their single and EP on the way and extensive touring planned they are a band to keep an eye on. 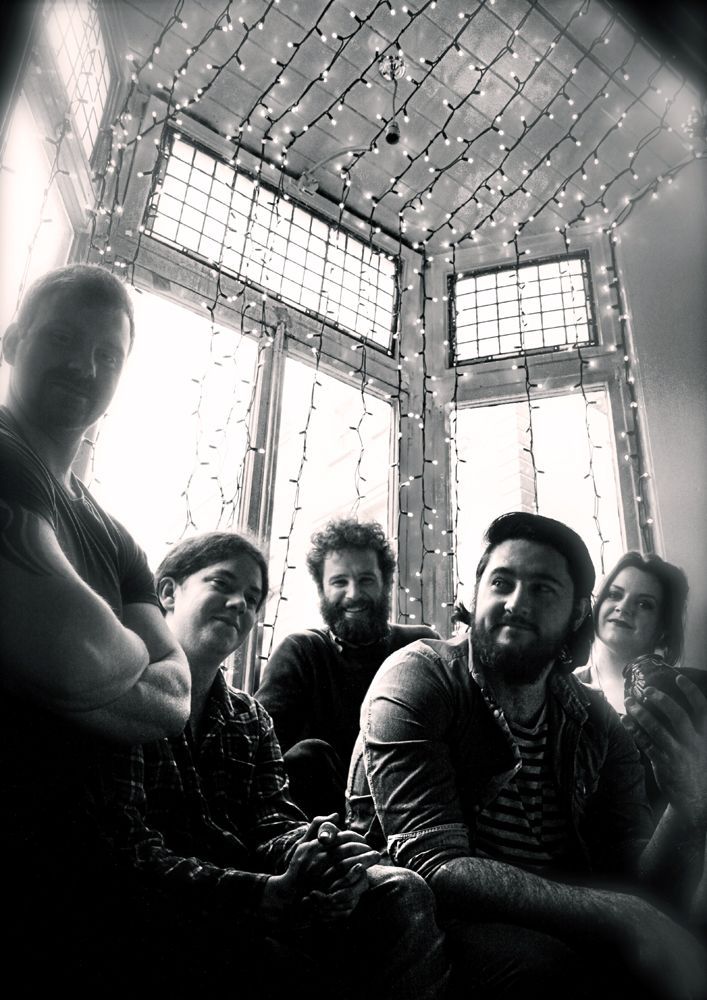 For more information on upcoming tour dates, check out cornerboy.org/tour/