Dublin's Columbia Mills play a headline show in The Button Factory on Friday December 3rd with support from 2021 Plec Pick Christian Cohle. We caught up with the lads for a quick chat about their new podcast Song Cast, album number 3 and what you can expect from their show this Friday. 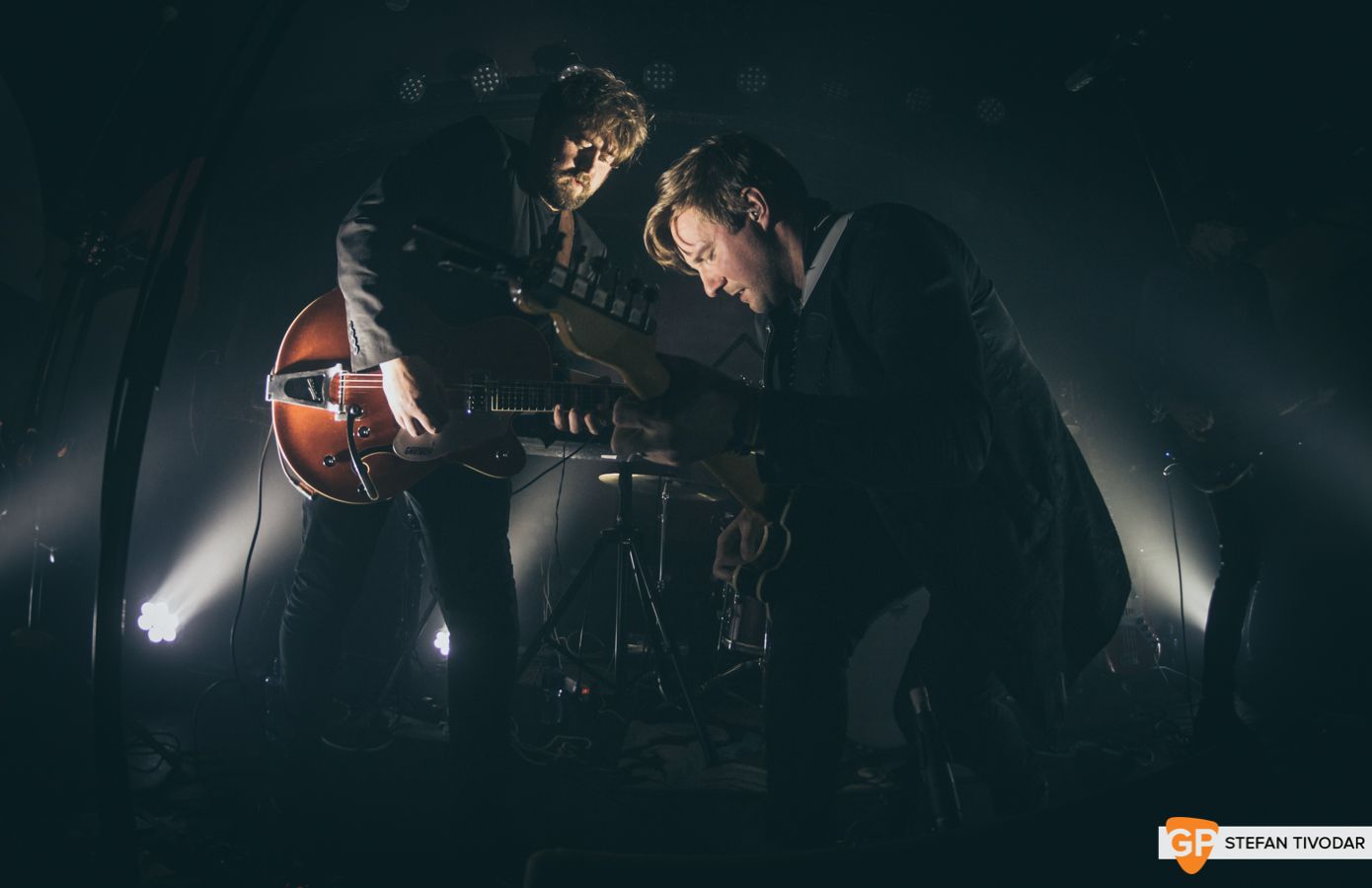 Why did you decide to inflict another podcast on the world?

During the lockdown, we would have zoom meetings about new music and generally keep the momentum going.

These meetings turned into us reflecting on everything we had done as a band and as a group of friends. Ste decided to press record on the meeting and we just had a chat about different songs and situations we had found ourselves in.  All of the really interesting stuff has been edited out but we will release that upon the death of the last remaining member

We have been in a band together for seven years and we have been through a lot together so it was really cool to reflect on it and take stock on why we do what we do because it ain't for the money that for sure.

We sometimes become so obsessive that it can be easy to forget the fun we have along the way.   A lot of people ask us about the songs and we thought it would be a nice way for people who like the band to get a little bit of insight into the dynamic of the band.

Were there any revelations from talking about the songs again amongst yourselves?

I was surprised about the varying perspectives we all had on the songs.  Everyone has their own take and sentiment on the songs and that was great to explore.  The lyrics have been interpreted differently and I really think that is what emotional music is all about. Everyone finds their own story within a particular setting and it's important for me to allow that room for interpretation.

It makes me loathe to tell people what the songs are actually about.  Most of them are personal stories but I have discovered that everyone goes through the same situations and emotions in life, and by writing about real life it can be easy to connect with people.

I also discovered that the rest of the band hate when I bring a new track to them two days before a gig, so this is something I'll be doing more of. Nervous energy is the best energy.

You guys haven’t released any music in over a year. Have you been working away on album number 3?

We have been working non-stop on new music. The creative juices have been flowing since we went into lockdown and we have managed to finish the third album.  We are expecting the last mix back today.

We were planning this album while we made CCTV so we try to keep a step ahead of ourselves.

We have so many ideas to tackle between us which means we never really stop creating.  We usually have a backlog of tracks so we are already thinking of album 4.

You released a remix EP with contributions from Jape and Gilla Band. It must be exciting and nerve-wracking handing over your tracks to other people to play with?

We are all massive fans of a good remix and given the different parts that make up our tracks we are always open to the idea.

We sometimes remix our own tracks for fun so we thought we would ask our favourite artists to have a go.

It was like waking up on Christmas morning when we got them back.  We are massive fans of the artists so the only nerves we had was when we asked them to do it. We knew they would smash the tracks and we are so proud to have their remixes in our catalog and honoured they would take the time to do it.

You appeared in the Seconds Away live-streaming series. How did you find that experience? Is it a bit strange to play an empty arena?

We really loved it. There were other bands on before and after us so we had that festival feel during the change over when you interact with other bands. It's crazy how you miss bumping into other artists and feeling part of that tribe.  The production was amazing and it was a great way to get back to playing as a band. We had done a few "live streams" which we were not big fans of but having the big production and a proper stage to play on was class.

The lack of a crowd was very strange but we would all have had panic attacks if we went from no interaction for nearly two years to a full crowd, so I think it was a lovely way to get the ball rolling again.

This show has nearly been on sale for a year it must be really exciting to finally get to play it?  What can people expect?

Yea it's been postponed 3 times already I think, so the set has changed an awful lot from what we would have played.

We originally would have played most of CCTV and then complemented that with our other songs but having gone through the pandemic we know that every gig we play should be a celebration and that is what we will be doing.

We have reimagined some of the really old songs and we will be playing tracks from album 3 too that we feel are relevant right now so we want to play them while we feel so passionately about them.

We also have a few friends that will be joining us on stage to make the night as memorable as possible.

We have been devastated that we couldn't play live so we will be leaving our hearts and souls on the stage on Friday.

Our friend Christian Cohle is on before us so get there early and check him out.