This is how it is:

A black screen and a voice saying “I remember the first time I was called N-word. And I knew what it meant.”

A bodybuilder, pumping his arms and gritting his teeth. “Straight away,” he says, “people would just jump on ‘that’s your genetics! That’s them black genes!”

A young woman in a café tells us that “Nobody likes anyone if they look different from each other.”

And then a long, slow shot of a woman smiling. She looks away, over her shoulder, face falling as she tells a story.

“It was pretty late, and somebody was driving by and they were like ‘Oh I can barely see ya!’ But like they could see me enough to tell me, y’know?”

This is how it is for immigrants and people of colour and mixed-race people in Ireland. They often go unacknowledged, ignored. Except to be told they are not welcome.

This is how Bobby Zithelo opens his documentary “This Land.”

Then the title screen appears. 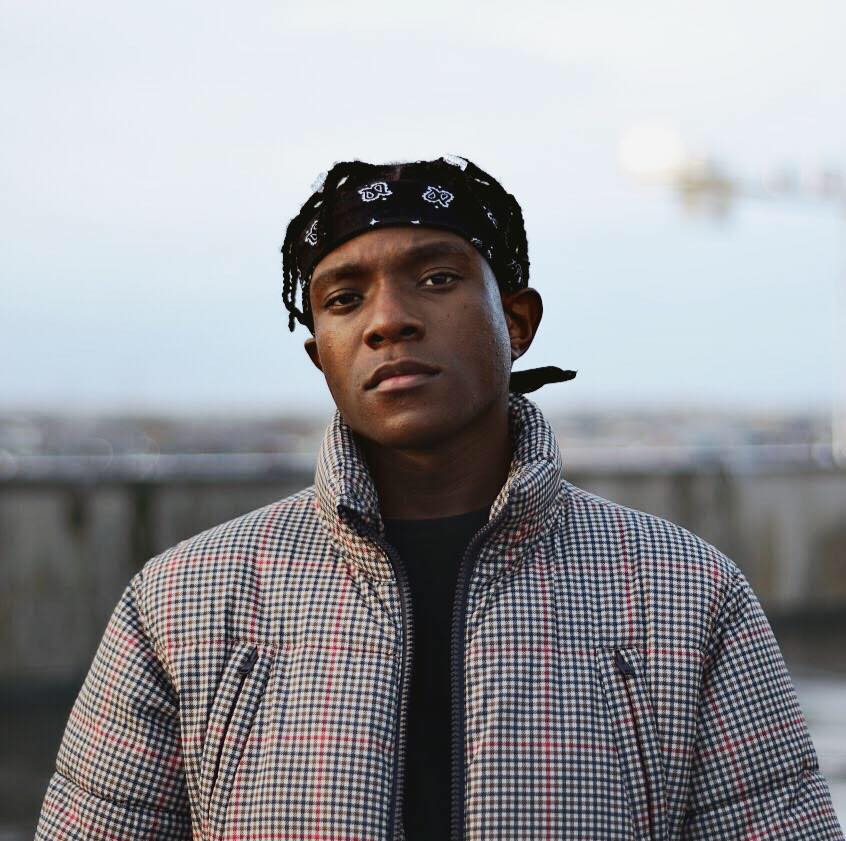 “African,” Zithelo says. “I’ve been living in Ireland since I was 10. I’ve gone back maybe two times. But if someone was to ask me I would probably say Irish, because basically I’ve grown up here. And if they ask deeper I’ll probably say South African as well.”

That is the key question behind “This Land.” Not where are you from? But where are you now? Zithelo’s interviewees don’t dwell on where they were born. His shots look straight into their faces as they talk about their experiences here in Ireland. He chose not to focus on their heritages, on the perspective that the “native” Irish take to define immigrants.

“This Land” instead looks at how they have grown up here. How they have come to identify themselves and how Ireland shaped that. That was his intention.

“I didn’t wanna have every single person say “Oh, I’m from Nigeria,” or “I’m from Malaysia.” If you hear that over and over and over you’ll get tired of it. Like, we get it, you’re not from Ireland.”

However, “Once you understand where a person’s from, how long they’ve been here, instantly you kinda know something about them. You know how long the’ve been here. You can kinda assume maybe they know this much about Irish culture.”

Zithelo began as a photographer, studying Digital Media at TU Dublin’s Blanchardstown campus. And that’s also where he became a filmmaker. He was in his second year and it began with a narrative-based film “About a girl walking in the woods, and then she finds somebody being attacked…”. Later he made his first documentary about jazz in Ireland.

“So the whole idea of like going out to different jazz clubs and watching these musicians play and just learning about the genre was so much fun. And then putting it all together into a narrative. It was so fulfilling. So that’s where the love of film came from. It came from second year of college. Something I never thought I’d get into as well - it was film and then photography.”

“This Land” isn’t one story. And it’s not the whole story. It’s a panorama of snapshots, short stories that come together to paint a bigger picture of what immigrants, of all creeds, colours, and voices, go through to be themselves in this place and time. It places the portraits within this landscape. 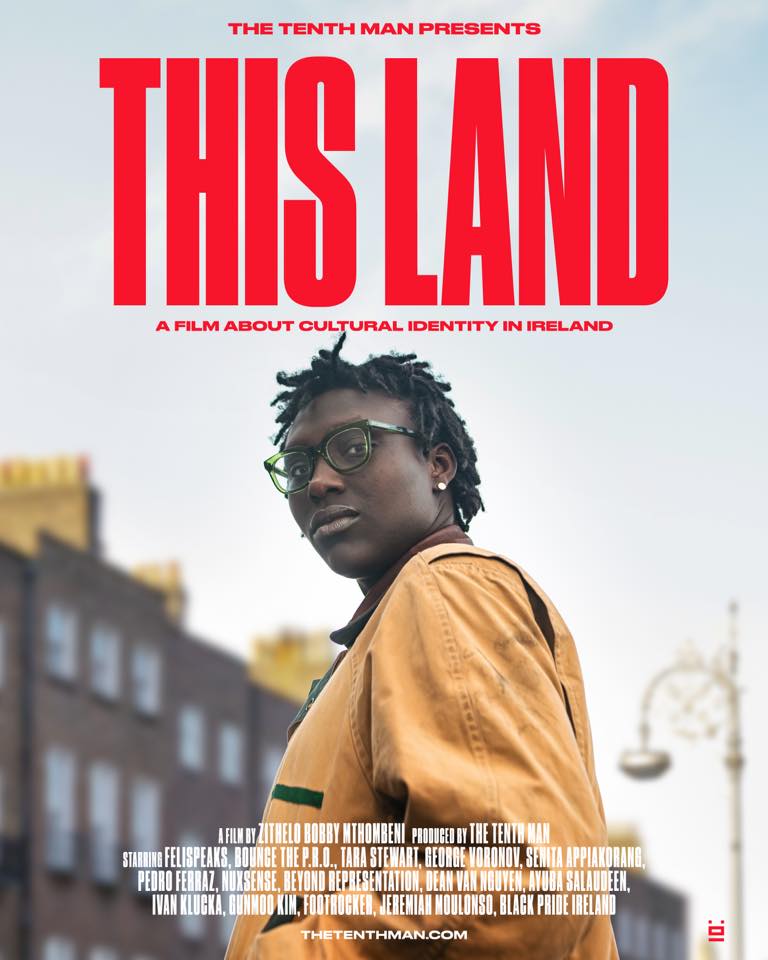 It’s these stories that do the talking. A narrative-based documentary follows a timeline, tracing the arcs of an era or life. “This Land,” however, is closer to a collection of short stories, like “Dubliners” or “Winesburg, Ohio.” The lives and experiences of these people all coexist in this moment and country.

Zithelo arranged their stories by theme: Racism and its effects, work, starting from scratch in a new country, Direct Provision, identity, home and what that word means. He hasn’t just painted a picture of a time and place. He’s given us a glimpse of what that time and place means to these people.

It’s hard, weaving individual perspectives together to reveal what they have in common. “It all comes to asking the right questions and then editing it properly in post-production. it’s tougher than it looks, because you have 20-something people in one film that’s 20 minutes. And you’re goal is to get them taking about the same thing, but at the same time have them implement their different views and their different opinions. But also try your very best to try and make it cohesive.

Zithelo, of course, has had his own experiences.

“Yeah. The thing with me, it’s always been what you might call “mild racism.” So, maybe the way people ask you certain questions. Or the way people mocked, treated you or something like that. But I’ve never had any heavy attacks when you’re walking down the street or someone yells out the n-word or anything like that.

I’ve never been physically assaulted. It’s always been small, subtle things. Especially in secondary school. I was the only black kid in my class. So obviously people in the class, when they’re teenagers, are gonna be immature and just say some dumb stuff that maybe they don’t realise is racist or makes me feel uncomfortable. Fortunately, I don’t have any extreme tales to share. I’m lucky enough that I’ve never faced any extreme racism.

Actually, that’s one of the reasons why I wanted to talk to other people. Just to hear what they’re facing, what they’ve dealt with in their life. Does it effect them dramatically in their life? Does it change the way they act and behave around other people? Or do they just go on about their day?”

Most documentaries set about answering questions. But the goal of “This Land” was to ask them, to get the conversation started. That’s Zithelo’s primary goal “with every project I make; to start a conversation." 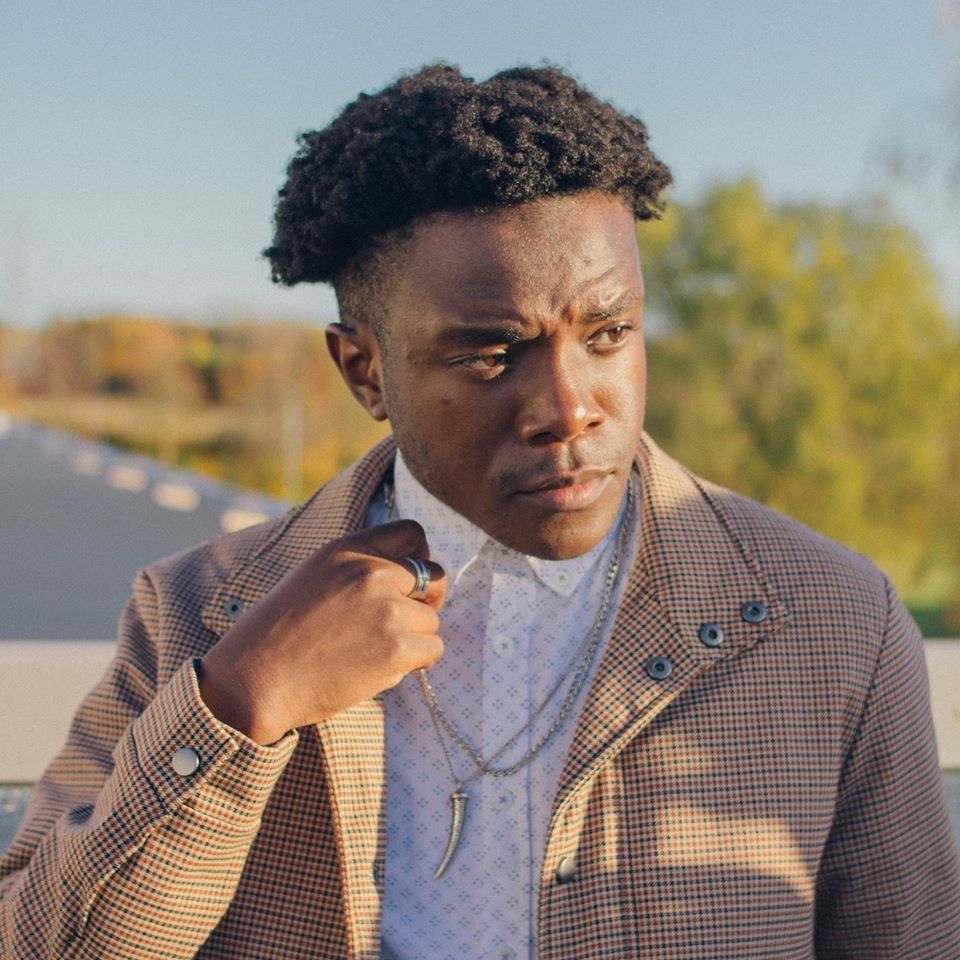 Being aware is not always a comfortable experience. It often involves opening one’s eyes to the realities, the sights and sounds and actions, that get overlooked. Like Direct Provision. Like the N-word. Like the abuse and slights and discrimination and sideways looks that the interviewees all mention. The final words of “This Land” are from the poet Felicia Olusanya, the brilliant, passionate Felispeaks. Her voice sounds over shots of the interviewee’s faces. Smiles. Blank expressions. A young rapper’s hands cover his face and one man pulls his hood over his head.

Then a shot of her face, looking down at the camera.

Zithelo says “From maybe the five minute mark until the fourteen minute mark, it’s very heavy on race. It’s very heavy on Direct Provision. I was asked to make a break between the racism bit and the Direct Provision bit. But my note was: No. I want people to feel the fucking struggle. I want people to feel very uncomfortable for this whole part of the documentary. I don’t wanna make a shift. I don’t want a happy moment. I just want this whole part to be very grim and very in your face and make the audience feel uncomfortable.”

Because this is not comfortable. Because this is every day for these and many other people. This is how it is, this is “This Land.” And it is the truth.