Manchester has a long and illustrious history as one of the UK's music hotspots. The city is proud to be the birthplace of The Stone Roses, Oasis and The Smiths, as well as being the original stomping ground of the Chemical Brothers, and it looks as though its tradition of breeding musical giants shows no sign of abating any time soon. Two albums deep, Blossoms look set to take the mantle as the city's next prodigy.

Blossoms, consisting of Tom Ogden (guitar and vocals), Joe Donovan (drums), Josh Dewhurst (guitar), Charlie Salt (bass and backing vocals), and Myles Kellock (keyboards), first formed in 2013 as members met via a web of smaller bands from their hometown of Stockport. Their earliest practice session took place in Salt's Granddad's scaffolding yard, before their very first performance as entertainment in a local hotel.

Six years later and they've toured the world, released two critically acclaimed albums (the first of which reached #1 in the British albums chart), and have toured across Europe with another Manchester superstar, Noel Gallagher. With their third album in the works, the first single from which was released in April, things are looking up for Britain's indie-pop darlings.

GoldenPlec sat down with the band's drummer Joe to discuss the bands rapid rise, the proficiency of songwriter Tom Ogden, and what it was like touring with a Gallagher.

GP: When you started the band, were you always in agreement about the musical direction or were there initial disagreements?

Weirdly, because there’s five of us, you’d expect there to have been some sort of disagreement but there wasn’t at all. It was always going to go the same way really; Tom writes all the songs so it can’t really go anyway because when it comes our way we just add our little bits. Tom already has a very clear vision of what it’s going to sound like so, there’s no room for any of that because everyone in the band trusts Tom and his ear, it’s great.

GP: Did you expect the level of success you’ve achieved when you first formed as a band?

I was watching this interview with Oasis where they were talking about how they came together as a band and they were like ‘Awh yeah, we knew straight away that we’d be massive’ and I remember thinking about the arrogance and I was just imagining being that confident. I was imagining all this, but at the same time thinking back, we were doing the exact same thing. Back then we were thinking ‘We could easily do something here’ and it was exciting, and I remember having that same sort of feeling.

It's dead weird really, but that’s the only way I can really describe it. I remember people watching interviews with people I look up to and thinking ‘Wow, such confidence’ and stuff but now that I’m in a band I realise that’s the only way to see things. But then at the same time, when you’re in a band, it’s like a dream really, imagine touring the world with your mates, you can’t really believe it when it actually does happen, it's mental. 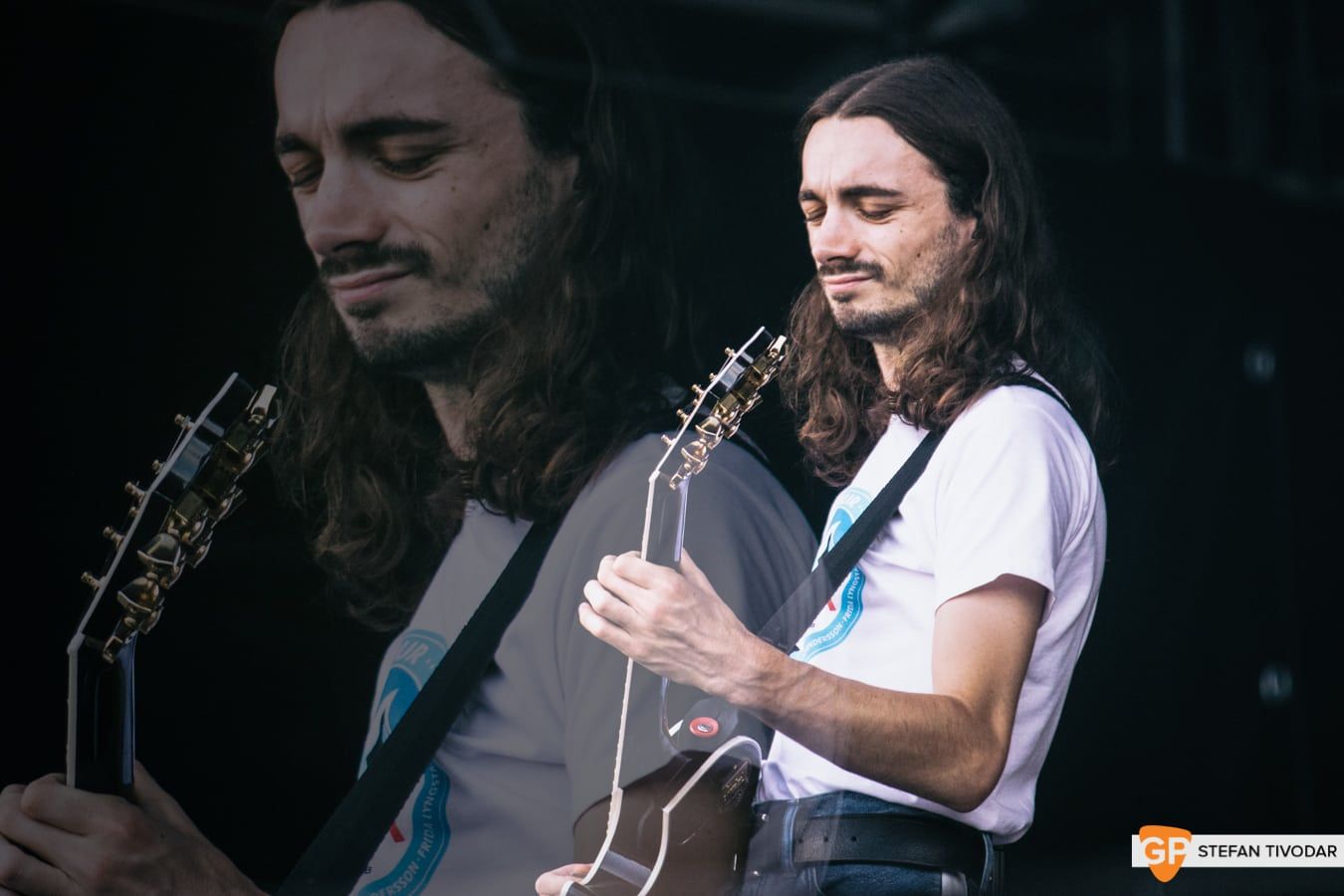 GP: When did you first start to notice things picking up?

I think everyone in the band had their own moment really. I think for me, when we started getting a manager and a booking agent and stuff, I remember thinking ‘These people who deal with big artists want to work with us now’ and that for me felt like a special moment because I knew we were in safe hands then and we were. Gig wise, we did a gig once, we were unsigned at the time, and it was sold out and the crowd was absolutely mental, it was amazing, that was great. That was definitely a milestone where we all sort of realized that something special was definitely happening.

As for my parents, I remember I was driving to my first job once and one of our songs came on the radio, and once I arrived into work I just walked up to my boss and quit. Then I went back home to my Mum and Dad and went ‘I quit work” and they just were like ‘What? You can’t do that’. After a chat they said I had a year to try make it work as a band, they’d help me out because they knew something was happening. They’d been to gigs and stuff and had seen the crowds and the reaction but at the same time they just couldn’t afford to not have someone in a job so they gave us a year, and exactly a year to the day after they said that we got signed, it was unbelievable.

The songwriting process is Tom. Tom, in a room in his house, writes on all different sorts of instruments and most of the time he writes about his own experiences. So Tom writes the majority of the tune, or the song itself, and then comes and brings it to us.

Sometimes Tom would be like ‘I’m not sure what to do for the drumbeat’ or something like that, but most of the time he’ll come in knowing what the drumbeat is and knowing how everything needs to sound, so he’ll already have a very clear vision of how the song will go and everyone will add their own things on top of that, everyone puts a little bit in, but the majority of it is done by Tom.

GP: Earlier in the year, you gave an interview in which you stated we could expect a new album out later this year, is that still the case?

Yeah, we’ve finished recording it. It might not be this year, we’re actually not quite sure when it’ll come out, but it shouldn’t be too long. New music is around the corner. 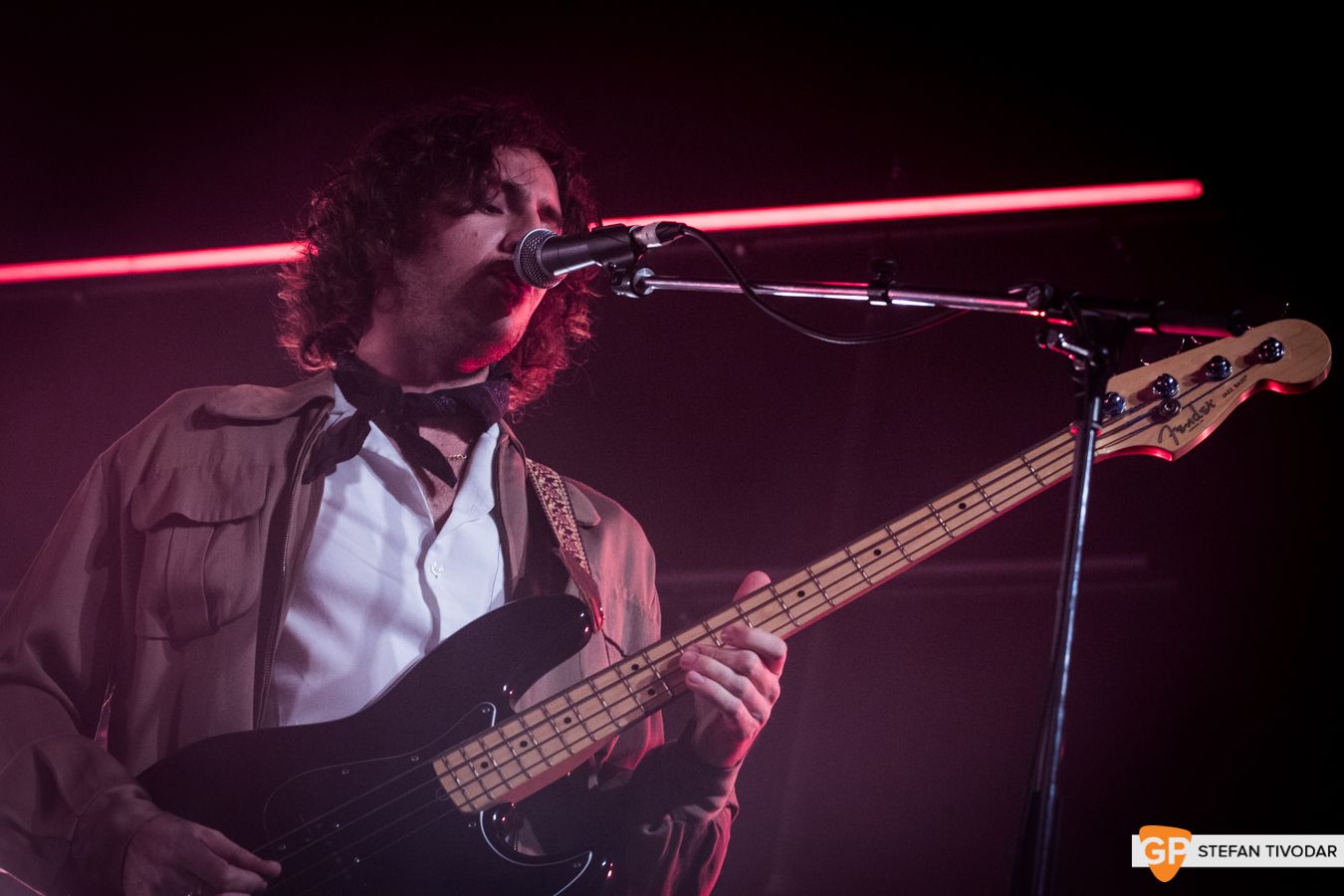 GP: You’ve had the same producer, James Skelly, for the previous two albums, how important has that stability been when it comes to making music?

James Skelly is like the sixth member of our band. The stuff he does and the work he does has helped us so much, he’s been great. When we came to make the third album, we ended up going in and doing Your Girlfriend with James and it felt great, it felt fresh again with James. It was just really enjoyable and fun and the stuff he adds to us, even as a friend, he’s such a great person to have about. He’s like a sixth member so that stability is really important to us.

GP: You’ve toured with Noel Gallagher all over Europe and he’s been one of your heroes for a long time. What was that like?

Mental. There was always a thing where he’d come up to us and he started off not knowing our names, but he began to learn them and chat. That being said he’s probably forgotten mine by now! He’ll probably always remember Tom’s name, but not mine.

He was so lovely, so accommodating. Sometimes when you’re touring with a big band it can very much be separated and I understand why, you don’t want a bunch of chaps from Stockport coming in and talking your ear off if you have a big gig, but, with Noel, it was the exact opposite, he was lovely. People say don’t meet your heroes, but we’ve met a few of ours and every single one has been dead sound. It’s amazing. It’s exciting, those gigs, I can’t wait to just get our set done, get off and watch Noel, watch one of my favourite bands, play. I’m like one of the fans.

GP: How do you pass the time when you’re touring?

It depends really. Everyone has got their own kind of thing they like doing. A lot of the time if we’re somewhere abroad, Tom is really into his films and he’ll go check out places where films were shot. We’ve been a bunch of places, the spot where Back To The Future was filmed, places like that. Myles is more of a gamer, he likes playing games, then Charlie and Josh normally go for a walk around, but I’m normally with Tom, so I go do the film thing with him so, its like, just anyway to pass the time really.

GP: While you were on tour with Noel did you get a chance to watch all the Man City games with him?

Funny you should mention that because while we were on tour City had three massive games in a row, it was the two Liverpool games in the Champions League and then the Man United one where we could have won the league at home. As you can remember, none of those games went to plan and so we were sitting there watching them all in little pubs along the way and for the two Liverpool legs we were all in the hotel watching it together, so it was nice. The memories are tarnished somewhat by the fact that we lost, but it was still really nice. He must think we’re a bad omen I’d say!