The difference between music and muzak is passion. Muzak is used to fill space, music is used to fill minds. Good music asks questions, like any good art. And a good question is birthed from from the passion for knowledge and furthering oneself. The questions may have simple answers, or they may be complex. But the important thing is that the question is asked and asked well, with eloquence and pointedness.

In his new radio-documentary series Independent’s Day, Alan Meaney set out to ask the questions behind Ireland’s independent music: “How do they do it? And why do they want to do it?” Through his exploration of Ireland’s independent record labels - the focus of the series - he learned “that it’s a pretty healthy scene. That most of the label owners said that they thought there was a good, kind of, network of venues, bands, labels, that work together around the country and put on gigs. And fans of course, who go to the gigs and buy the records.” Everyone involved in Ireland’s underground music scene is “really passionate about what they do. They do it for the love of the music.” That though “They might not make a lot of money, or they might be struggling to make ends meet,” their love of the art keeps them going.

Meaney began his radio career when he was in his teens, “at Flirt FM in Galway,” he says, “They just had a programme for school-kids, I suppose, to take part. And a friend of mine was doing it, and I fell in love with it. I just loved it.” He’s been with them ever since. 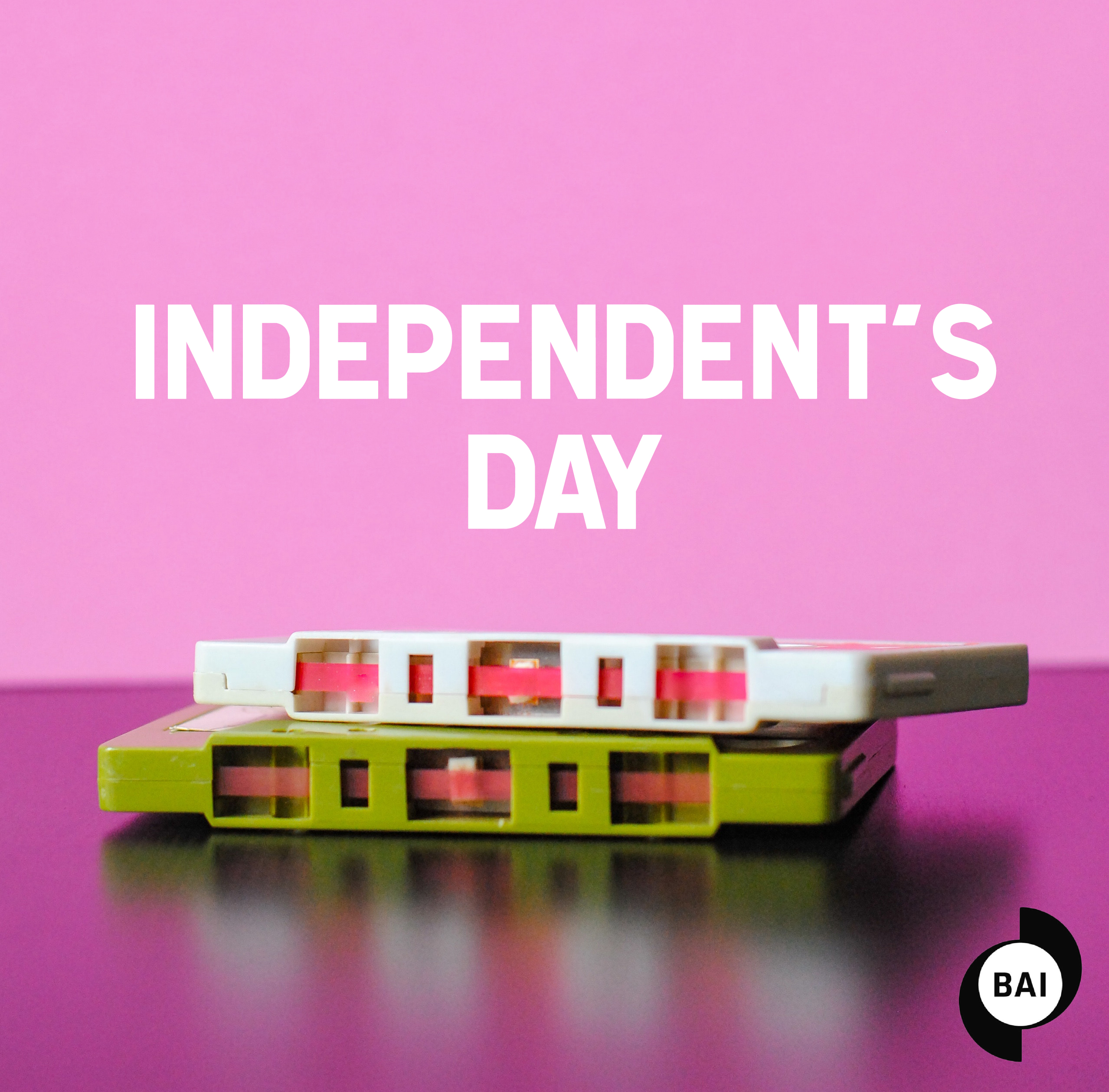 He studied various forms of media in college: Film, TV, music technology. Acquiring the knowledge and passions that would lead up to “Independent’s Day,” 20 years on. Over the years he came acquainted with Ireland’s independent music scene - befriending some of the bands and labels that feature in the series. “There were some that I would have followed and would have known for a long time. Some I would be friends with the label owners, other ones I just wanted to represent the diversity of music in Ireland.”

Meaney singles out “Lyte Records which is based up in Northern Ireland,” a jazz label he found through his research. Other labels featured include the “spoken word, hip-hop, RnB,” label Word Up Collective and sound-art specialists Farpoint Recordings. These are labels that could not have existed in any previous age. Only in the 21st century, where technology has allowed for the wider spreading of ideas and musics, could genres like hip-hop and sound-art have made it to Ireland. But despite the opportunities technology like the internet has offered, it has also demanded sacrifices.

“There’s been huge changes to the music industry as a whole I think” Meaney says. “Starting with Napster and MP3 sharing and downloading, to now streaming.” The end result of this is “people don’t buy music anymore.” The effect this has had on musicians has been well documented. According to www.cnbc.com, “Spotify pays about $0.006 to $0.0084 per stream to the holder of music rights. And the "holder" can be split among the record label, producers, artists, and songwriters.” In the world of independent music, this makes earning a living an impossibility. And many of the artists that Meaney interviewed for “Independent’s Day” work day-jobs to fund their creative endeavours.

“Junior Brother was working as a tour guide as well as doing his gigs at night. He said his ambition is to do it full time.” The mainstream culture, however, turns a blind eye to the artists working Ireland’s many venues. “I think that certain times it breaks through,” Meaney says. “They used to say about Nirvana that they were an underground band that broke through to the mainstream and brought a load of other bands with them. You’ve got that in Ireland on a smaller scale.

“I mentioned Word Up Collective, they’ve got an artist, Natalya O’Flaherty, who’s been getting a lot of attention recently. She was on the Late Late Show, so she’s breaking through a little bit. And other spoken word artists might have a chance from that kind of thing. But mostly I think it remains more underground and in a certain niche I suppose.”

Meaney’s goal in making “Independent’s Day” was simply to document Ireland’s independent music in 2018/2019. And “to have an insight into the people behind it: The people who are running the labels and the bands who are so passionate, y’know. It is a certain scene. It maybe doesn’t break into the mainstream, but the people who love this music love it, and the people who make it love it, and I was just hoping to represent that really.” He provides no answers, but asks the questions with eloquence and pointedness. That alone proves the worth of both his endeavours, and the endeavours of Ireland’s musicians. Who are not content to settle for the offhand answers given to them. And, instead, keep asking questions. As all great artists do.

Listen to Episode One covering Art For Blind Records below. Independent's Day airs every Monday at 1pm on RTE 2XM.