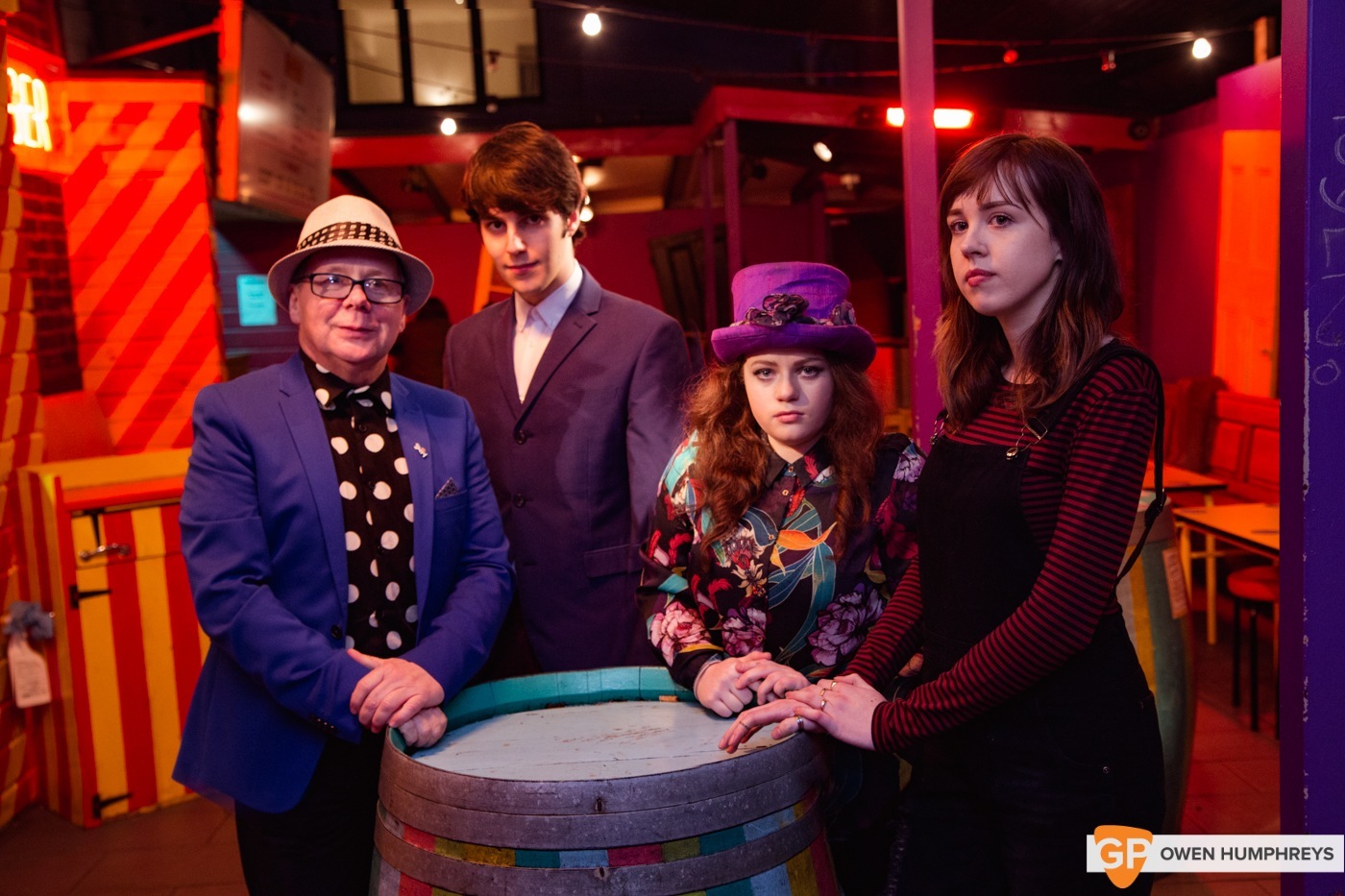 What a difference a year makes. For Aine Cahill and Spam Turner, going backwards in time twelve months would see us without the Spam or the Turner but just Aine on her own making a go of things.

The first half of 2015 saw her breakthrough as a solo act, gaining critical recognition and acclaim for her debut EP 'Paper Crown'.

The ball was really set in motion when she won a place on the Oxjam stage at Electric Picnic. With the prospect of an ever growing fan-base, the idea to add more members was much in keeping with this Irish music scene - the live sound remains the king.

Just in time for the festival, Sam Geraghty, Louise Johnston and manager Paul Cox were added to the bill on guitar, piano and drums respectively, while bass guitarist Sarah McLaughlin joined a few weeks later, making them an eclectic five-piece.

Since then the plaudits have continued to roll in. Appearances on the Ray Darcy Show and Today FM have provided the first tender nudges on the upward trajectory of this young group from Cavan.

Aine, herself, has already garnered comparisons to the likes of Lana Del Rey, while also seeming to have caught the attention of Irish demi-gods like Jerry Fish, with whom she played Electric Picnic and will play with in London in the coming months.

“I’m from London, but if I had not moved here I might not be playing a gig in Camden. It’s crazy.” Sam ponders with a positivity that is in keeping with the bizarre circumstances in which they find themselves.

At the minute the band has set its focus on getting the live sound right, some kind of reference to the Hamburgian roots of guitarist Sam's favourite band; The Beatles. Their priorities, then, seem to be well-placed. 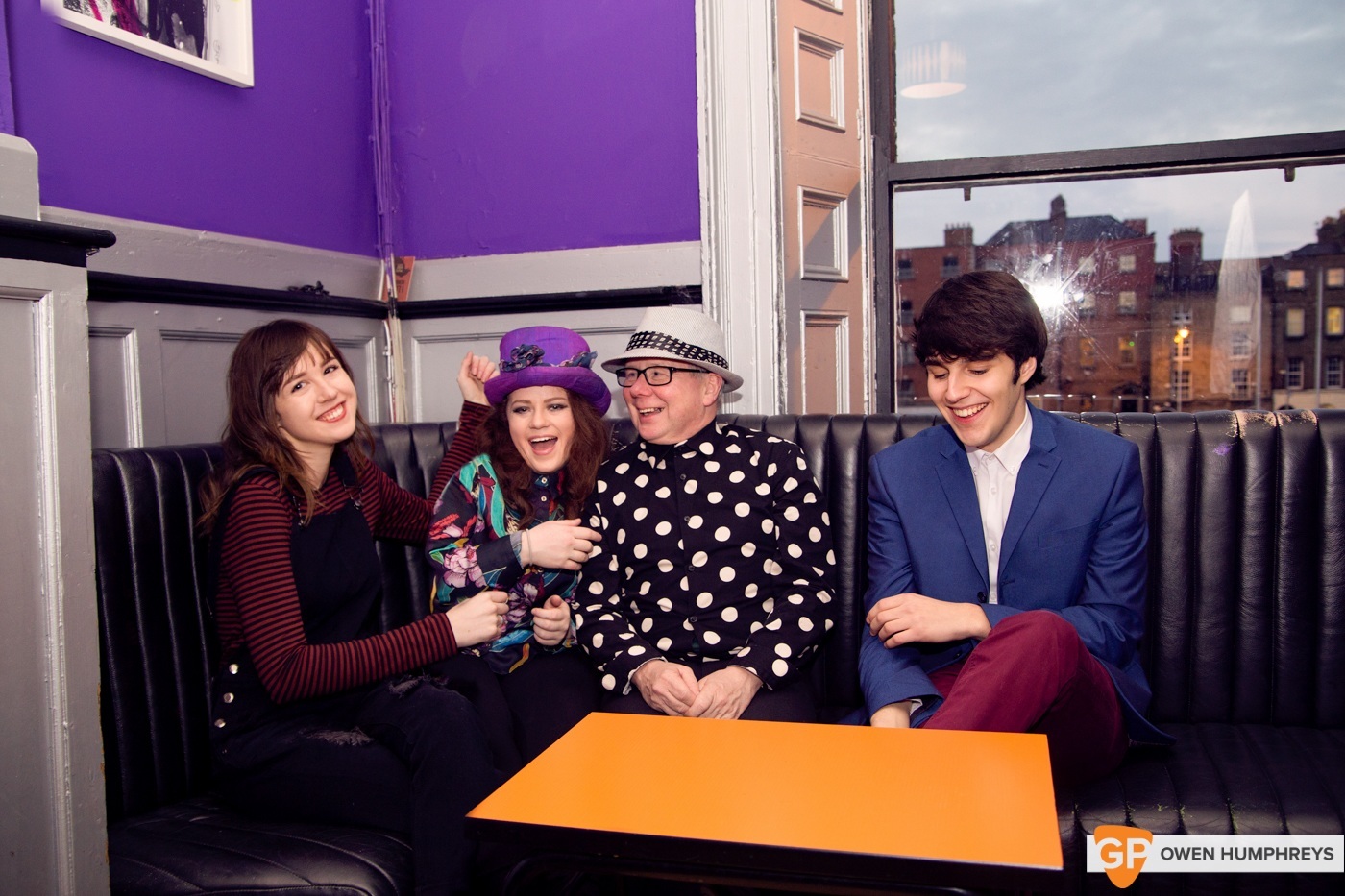 Alongside that fact, or philosophy, resides manager, drummer, contributor to Cavan TV and multi-faceted masseuse of the localised music-machine, Paul Cox, who is in deep with the right kind of people and has the requisite experience of the biz to act as the benevolent guide.

All in all these things boil and bubble together to create a fairly good recipe for future success.

While, now that the band has increased significantly in size, another kind of awareness has poked its head through; The tastes of all involved need time to melt together into the correct mixture before more music can be made.

Thus it has become a very holistic approach, in that each member takes care of their own instrumental parts.

“The songs we don’t have recorded yet, the stuff that we’re doing live, everyone in the band does their own bit. We always start with the chords on the piano and then go from there.”

On the one hand you have Aine whose interests take in the likes of Marina and the Diamonds and Lana Del Rey, who she says is more of a fringe player than a Pop Starlet; something that sounds quite telling.

“There’s a certain audience that she writes for. She actually writes about things. It’s not just all about getting locked and going to the club and boom-boom-boom.”

Then you have Sam who is more connected to the sounds of Les Paul than his own contemporaries, and also the quirky Sarah who attests to having gone through both an emo and a One Direction phase at different points in her life; a time in which she flirted with fame, as she once managed to get Harry Styles to tweet her.

“When the X-Factor started, when One Direction were in it, I was fifteen and I was mad obsessed with them, I got Harry Styles to take a picture of my twitter name and tweet it, but yeah, that was a phase though.” She says, playing down the romantic interest.

For Aine it all started out when she bought a piano while still in school. She started writing songs and by the age of eighteen all systems were a-go.

“I wrote these songs and I didn’t have anything behind them they just came out. I like trying to tell a story when I write songs and making it as vivid as possible so you can see a picture in your head. I never tell the truth when I write.”

That gives her music a sense of pungency, a strong backbone of imagery to hang onto, which, when matched with her brilliant vocals, creates something quite noxious and unique and really points the finger as the cause of her recent success.

As for new music, it is uncertain when the next EP will be penned. At the moment they’re writing songs, but there is no urgency towards a new project just yet.

Coming off the back of one of their busiest periods yet, November and December, the band are playing it by ear and waiting to see when the time is right and when the sound has solidified.