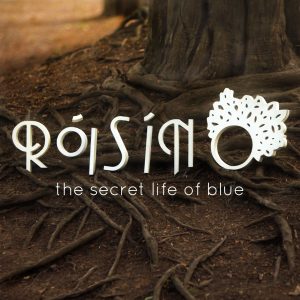 Róisín O’Reilly has been ticking away ever so quietly, waiting for this month to come along with the release of her debut album The Secret Life of Blue. It’s been a long time coming for the now 23 year old Dublin lass. While her illustrious family tree and musical heritage have been talked about at great length, almost as the first point of reference with this young songstress. It’s now time – as she would want herself – to come out from beneath the shadows and to be judged as an individual artist. While the connections in the early days might have gained a support slot here and there, she can only be judged solely on her own musical output from here on in.

The album begins with the first single, ‘Here We Go‘, that received much attention only four short months ago. As a first track to an album, this songs serves its purpose ever so wonderfully. The rhythmic progression and lyrical wave that accompanies this track make for a captivating listen as Róisín O takes control of your attention. Róisín doesn’t take long to show you her vocal teasing as she exploits her wide range of notes and vocal runs, and that’s only 40 seconds in to the album.

Unfortunately this doesn’t last too long as the second song of the debut, ‘Synchronicity‘, takes away any momentum that the first track does so well to build. ‘Climb High‘ comes next to throw the listener once again as this song slows down even more. Usually when an album begins with a few quieter numbers, you don’t notice it so much. But with these two tracks, you have to wait over 9 minutes before ‘How Long‘ comes back in to restore your faith in Róisín O. Luckily the tracks aren’t bad, it’s just that for a début album opening, a punchier start would have been more than welcome.

‘How Long‘ supports the claim that Róisín O possesses one of the most varying and up-tempo suited vocals for a female in Ireland. ‘Let’s Find Some People‘ brings that vocal once more starkly back to the fore. ‘Tea Song‘ provides some of the most fabulous moments on the album with sublime phraseology and inflections that are simply beautiful and awkwardly adventurous. Bassist Brian Murphy, for the one and only time on the album, comes in and takes a full verse by himself which doesn’t quite work. It does however serve as a reminder of how majestic Ms. O’s voice really can be.

The albums stand out track comes in the form of ‘You Owe Me A Drink‘, a endlessly lovable track that channels the brilliance of Joni Mitchell. From the very outset, the guitar takes a more catchy route that ties so effortlessly with the lyrics. While some of the tracks on the album play it a bit safe, this track stands out as a shining light and proof that Róisín O has a unique sound all of her own.

As far as debuts go, this is one of the most promising and radio friendly albums to come out of a female artist this year. The album is however let down with a poor track order that stumbles and spurts through some really strong individual tracks. The frustrating thing is that there are some great songs in there, that don’t really get the opportunity to shine as much as they should. The fortunate thing for Róisín O is that at least the few choice excellent songs do exist and when performed live, like Electric Picnic and Indiependence for instance, they really shine and remind everyone that we might just have a new top class female vocalist on our hands.