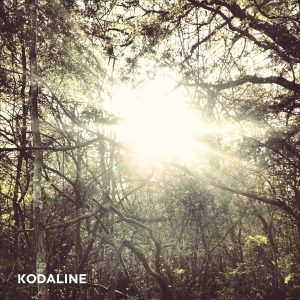 I have a rather infuriating Kodaline related problem. I can’t listen to All I Want, the lead track from the newly released EP, without getting goosebumps all over. It’s cold out now Kodaline, you really should have been more considerate of the Irish weather and released this in July, not September.

Kodaline are from Dublin and they’re really, really good. The production on the EP is top class, they’re polished without sounding smoothed out or false, they can play and most importantly, they write interesting and original songs. Oh, and the accompanying videos would put most major label, big budget efforts, to shame.

The first track I heard from them before the EP release was Lose Your Mind. It sounds sort of like Spiritualized, but with Muse’s Matt Bellamy’s little brother on vocals. On first listen, it sounded warm and familiar but still something fresh and different. It definitely grows on you the more you listen.

This is not the case with All I Want, hence the goosebumps issue. It’s one of those poignant, beautifully crafted, incredibly sad songs that you fall in love with instantly and then can’t get enough of. The lyrics are the perfect balance of sad and sweet, but not cloying. A sort of song that’ll strike a chord with most. As this band’s popularity grows (and it will) there will be people everywhere crying into their Ben & Jerrys and blubbering along to “If you loved meee, thenwhy’d you leave meeeee?”. It’s a classic heartbreak story and well, we’ve all been there at some stage. LA folk-pop artist Kina Grannis has done a gorgeous cover on her YouTube channel, but it doesn’t touch the o§riginal.

Pray is another perfectly crafted tale of love lost. At this stage, you’ve moved from the Ben & Jerrys and on to the vino as your best friend is desperately trying to convince you not to drunk-dial your ex. There’s a hint of a Villagers influence here too which works really well.

Perfect World is, well, a pretty perfect pop song. Catchy, cleverly put together and again, so well produced. It’s always frustrating to hear Irish artists who have great songs that don’t get airplay, as the production values have let the record down. This clearly isn’t the case with Kodaline.

The songs on this EP are radio ready and radio friendly, while still being raw, honest and meaningful. I would not be at all surprised if we see Kodaline enjoy a large scale explosion like The Script sometime next year.

Kodaline are currently working on their debut album. Unfortuneatly, their first headline show in The Sugar Club next month if a sell out. Fear not however as you can head along and see them support The Temper Trap at The Academy on October 2nd before they turn into the next Coldplay and you can’t afford a ticket.

Kodaline – All I Want