“We are BARQ. We are a 4 piece music­ band/group from Ireland.”

“Come to a gig! We’ve just finished our EP and we’re recording the video for our first single today so soon we’ll be clogging up the Internet with loads of content, but for now the best place to listen is at the workman’s on February 25th!”

// How did BARQ come about initially?

“We’ve been friends for many years. We’ve played together in various different bands and we eventually decided to give writing together a go. It’s been shocking fun so far.”

// Tell us a bit about BARQ, it’s hard to find information online, it’s all very
mysterious!

“Ha! All four of us have our own careers as musicians, I think amongst other musicians all our faces would be familiar. But this is the first time we have come together as an original piece. The music is intense and emotional but incredibly fun to listen to. Our identity is in its baby­-phase, we could really grow up to be anything at this point.”

// This is to be BARQ’s first live performance, any hints on what we can expect?

“I’m (Jess) quite seasoned in performing live. Chances are, all that experience will go out the window just before opening my mouth and I may cry and run off the stage.

Alternatively, if I don’t have a nervous breakdown, the performance will be a mix of unreal musicianship, nod­heading grooves and aggressive, yet soulful vocals. Kind of like a nice lick to the face. Confusing but arousing, all at once.

Come along to find out which one happens!”

// Who would be your dream collaboration?

Neil – Well, 2 months ago I would’ve said Bowie. So, if I’m allowed deceased artists, David Bowie and Jeff Buckley. Kendrick Lamar from the land of the living though. He’s boss.

Stephen – Radiohead! I’m picking Kendrick Lamar too, I don’t care that Neil got there first.

Tommy – Depending on which day, and at what time of day I was asked, I would either say The Wayne Shorter Quartet or SKRILLEX. Although, if Jonny Greenwood and Philip Selway feel like taking a break from the whole Radiohead thing, me and Steve will gladly sit in for them. No worries, lads.”

// Who are your favourite Irish artists at the moment?

// The last text message you sent is your next album title. What is it?

‘Sorry, I Must Have Rang You In My Pocket’

// What plans are afoot for the band over the next while?

“The next steps are gigging, releasing our single in April and our Ep In May. Once we take those first steps, I believe the next steps will become clearer, but we’re already booked for some festivals over the summer and have a couple of sneaky Dublin gigs
in the mix too.”

// Send us a photo and explain… 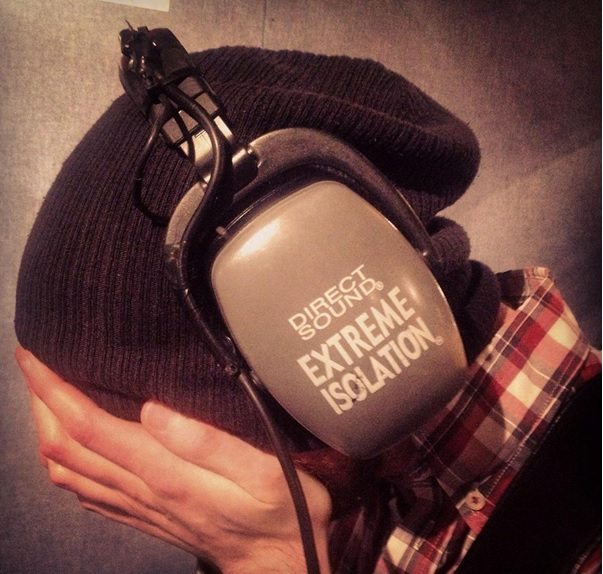 “Stephen Mchale, our guitarist is expressing his intense feelings of loneliness and isolation in this photo. We should probably let him out of his cage more often.”

// You can only hear one song for the rest of your life – what is it?

“Wow….you may break up the band with this question…Shall we take one each?

Jess – Erykah Badu­ – Green Eyes (It’s ten minutes long so I get some mileage out of
it at least!)

Stephen – Jaysus. Not easy. First thing that popped into my head was David Bowie
­ Ashes to Ashes, so I’ll go with that.

Tommy – I haven’t gotten sick of Pyramid Song by Radiohead yet. That much
Radiohead is probably bad for your mental health though.”

// The one song that you always bust out at a house party?

BARQ play our ‘GoldenPlec & Claire Beck Presents…’ night at The Workmans on 25th February.
8pm // €5
Check out all the info here.