Sean Shibe (guitarist) and Ben Johnson (tenor) are set to undertake a national tour of Ireland this November including a date in the Royal College of Physicians of Ireland, Dublin.

Ben Johnson and Sean Shibe will tackle choral and operatic masterpieces from Beethoven, Schubert and Giuliani in a diverse programme delving back as far as the 14th century for works by John Dowland and as far as the 20th for William Walton’s Anon. in Love.

The performance will also include a rendition of Johann Sebastian Bach’s Suite in E minor and a brand new composition by Brian Bolger commissioned by Music Network.

Who is Sean Shibe?

Sean Shibe has been described as “one of the foremost guitarists” of his generation and a “genius” whose approach to the traditional classical guitar canon avoids cliché and challenges all preconceptions. His 2017 debut solo album ‘Dreams and Fancies’ (Delphian Records) saw Sean Shibe nominated for the ‘Instrumental Award’ in BBC Music Magazine and named Editor’s Choice in Gramophone Magazine.

Sean Shibe’s project ‘softLOUD’ premiered at the East Neuk and was described as “a revelatory programme juxtaposing Jacobean lute music for classical guitar, with electric guitar arrangements of multi-tracked repertoire.”

Sean Shibe studied at the Royal Conservatoire of Scotland and with Paolo Pegoraro in Italy. Aged just 20, he became the first guitarist to be selected for the BBC Radio 3 New Generation Artists scheme, and the only solo guitarist to be awarded a Borletti-Buitoni Trust Fellowship.

Who is Ben Johnson?

Johnson recently appeared at the English National Opera as Earl Tolloller in Gilbert and Sullivan’s Iolanthe as well as performing Beethoven’s Symphony No. 9 with Orchestre de Chambre de Lausanne and Britten Canticles with Fundacion Juan March in Madrid.

What can you expect? – Programme: 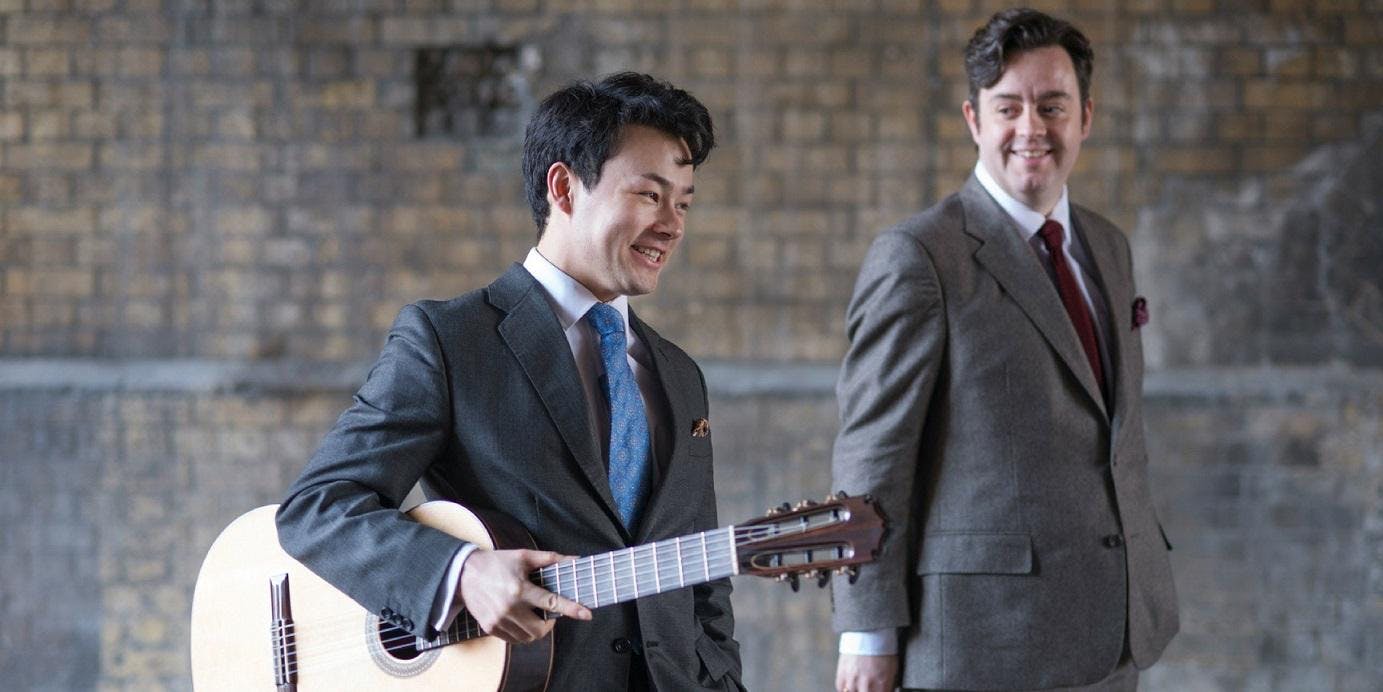